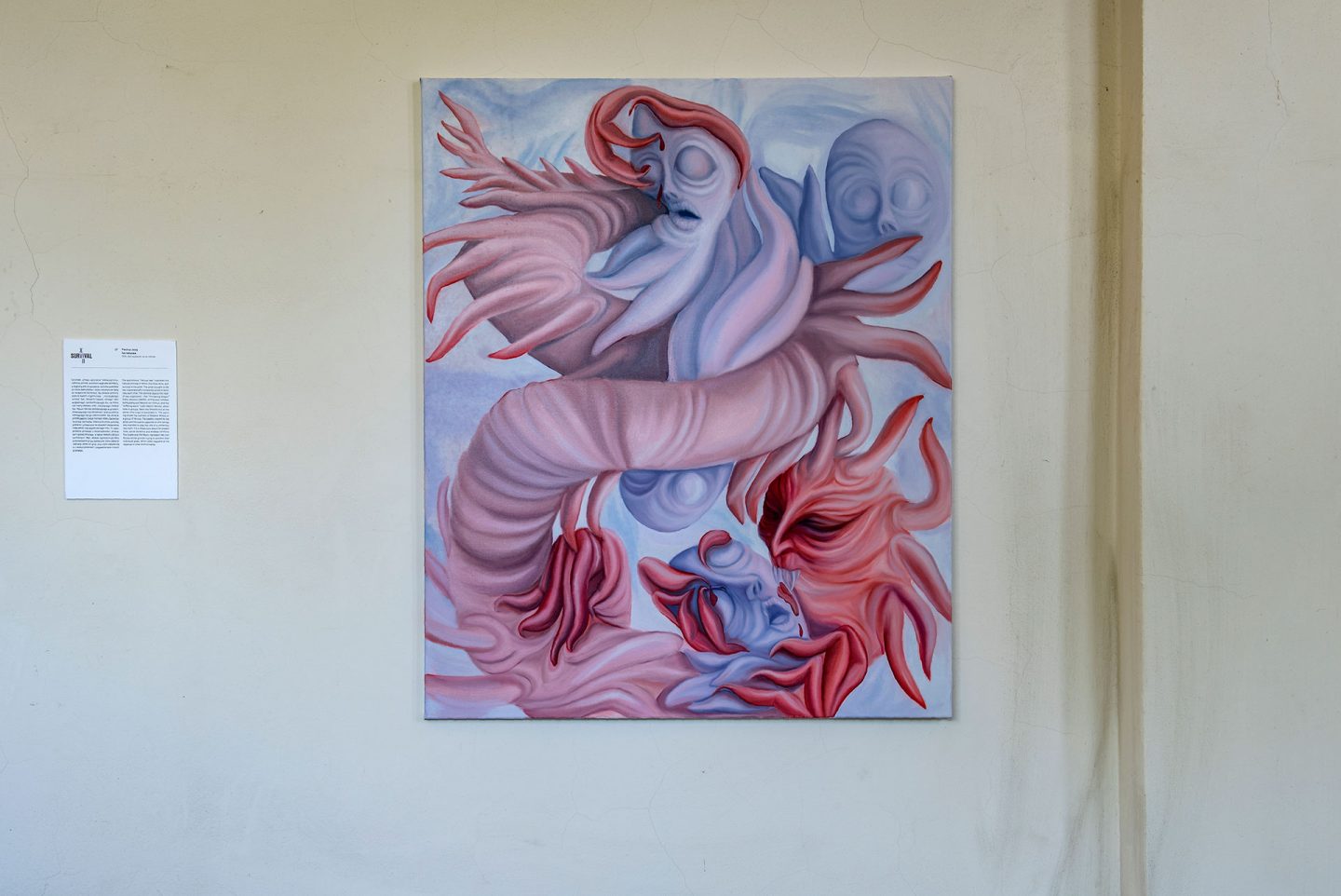 The eponymous “natural law” indicates the natural process in which the fitter wins, and survival is the prize. The artist brought to life two characters who constantly strive to dominate each other. The painting depicts the clash of two organisms – the “murdering dragon” (Latin Serpens Caedis), strong and ruthless, symbolising evil beyond our control, and the “suffering worm” (Latin Malum Vermis), which lives in groups, fears the Serpens but at the same time tries to dominate it. The painting shows the moment of Serpens’ attack on a group of Vermis. The beasts created by the artist and the events captured on the canvas are intended to play the role of a contemporary myth. It is a veiled story about the present time, social divisions and endless conflicts. The Snake and the Worm represent two conflicted social groups trying to achieve their individual goals, which often happens at the expense of other environments. 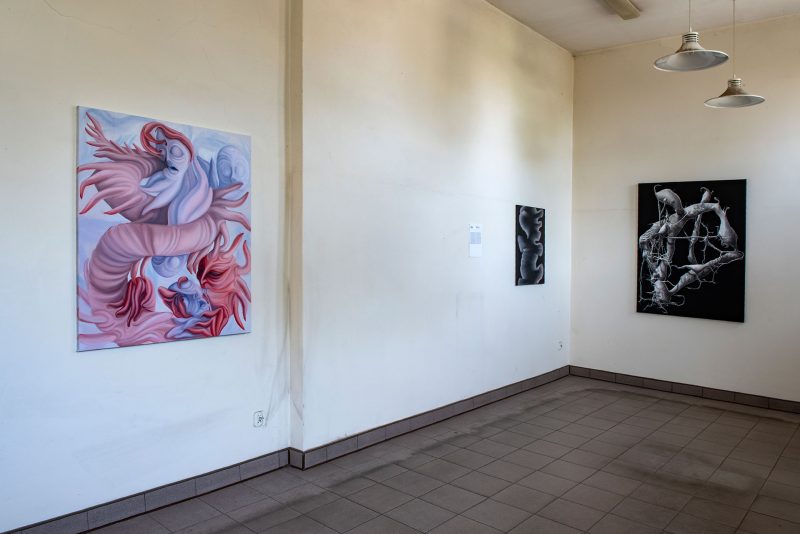