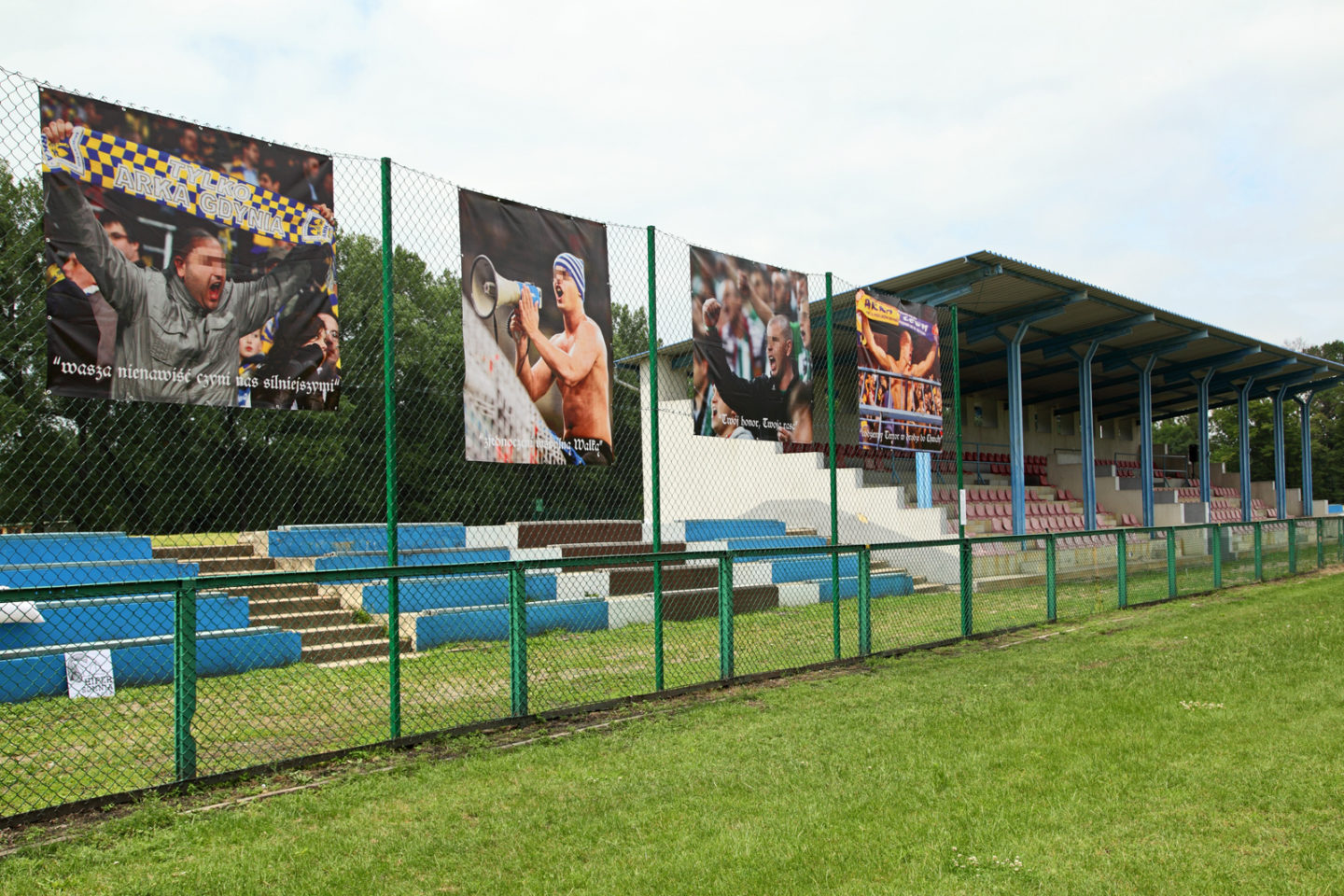 Dorota Nieznalska referred in her work to Ernest Gellner’s book Nations and Nationalism, in which he claims that it is nationalism that creates nations, not the other way round. The artwork consisted of six portraits of football yobs, associating themselves with various football clubs. The photographs showed images from the stands – excited men shouting something, spreading their club scarves. Their faces were blurred in the way associated with photographs or TV broadcasts which show suspects charged with a crime. Each of the banners was accompanied by a slogan typical for a given club, which is usually displayed during matches. It was sentences like ‘White people, black characters’, ‘Your honour. Your race’. Following in Gellner’s footsteps, Nieznalska pointed out in her work that a race is not a biological fact but a product of ideological projects – it is constructed by racism. It is similar to ‘phenomena’ such as a nation (and other forms of collective belonging). The reason why this radical, racist political message is especially common in football stadiums is in turn connected with the specificity of sport and physical culture as an identity-building formula. Identity is constituted here through corporeal rivalry – the players’ contending bodies symbolise the community (e.g. the national team), serving as its spectacular, symbolic extension.

The artist’s observations were confirmed by the fans of WKS Śląsk, who stole the banners because some of them showed the supporters of an ‘enemy’ club – Arka Gdynia. The banners were retrieved by the police. 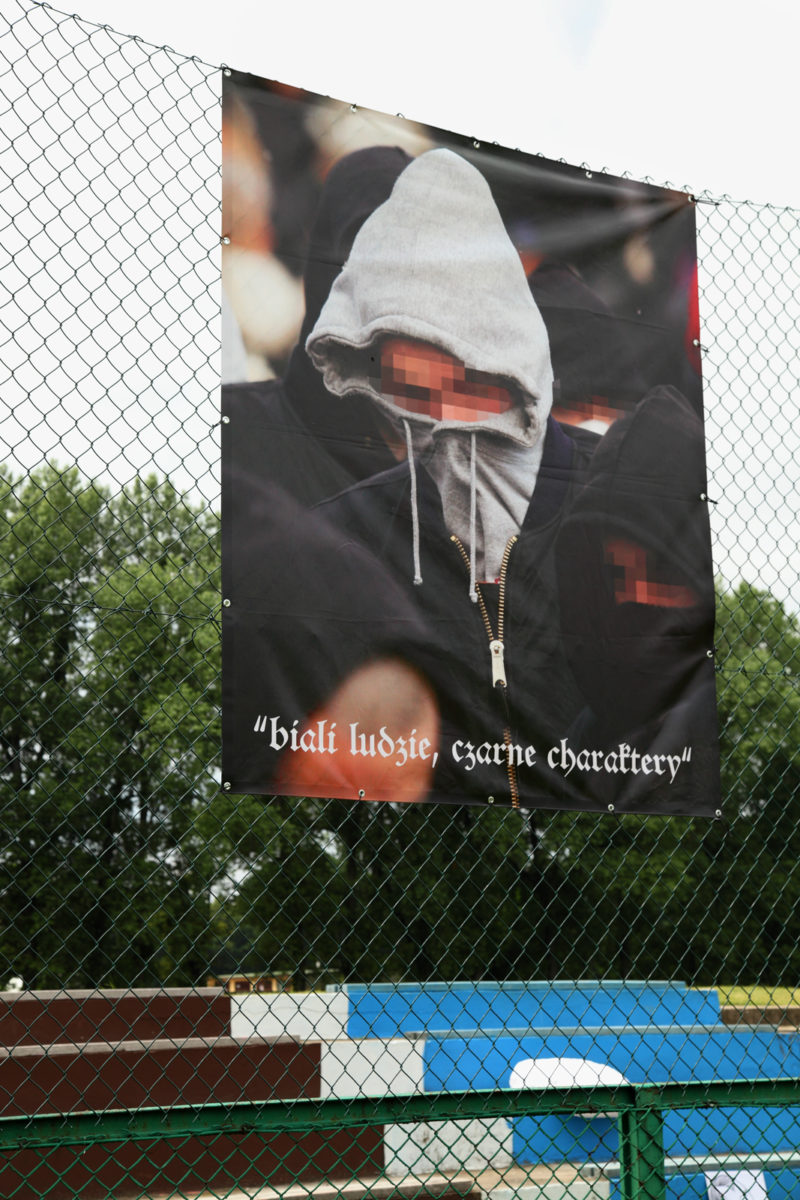 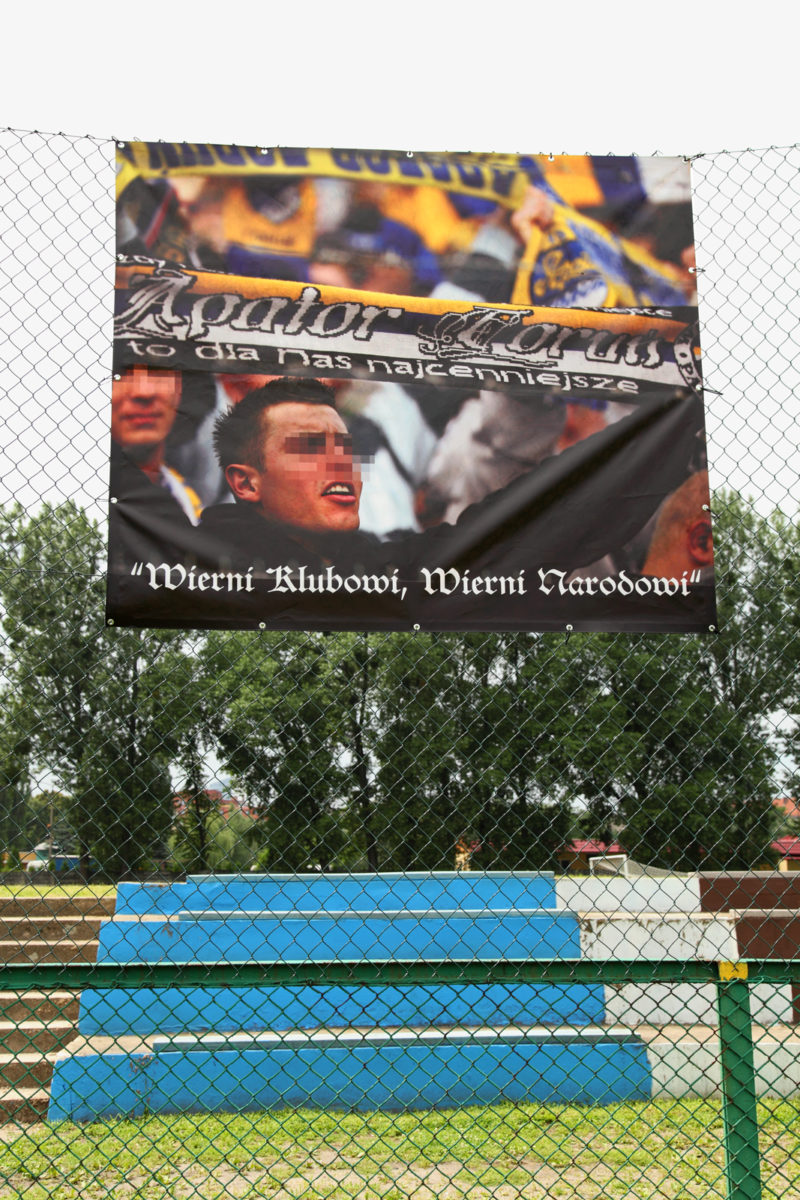