At the same time when the Chemistry Auditorium was being built, the campus of Nicolaus Copernicus University in Toruń took shape, including its Faculty of Chemistry. The auditorium in Wrocław, which is no longer used, was saved from retrofitting by inscribing it onto the list of monuments. Meanwhile, its equivalent in Toruń is still being used, and its original appearance has been preserved due to the lack of funds for making any changes, but the spectre of “renovation” is still threatening it. Perhaps the modernist interiors will survive only in photographs.  Although both edifices are examples of designs that included everything, from the body of the building to the smallest detail, their architecture was on principle repetitive and serial. The late modernism of the 1960s and 1970s produced a coherent and unique language of spaces, materials and forms. The work entitled Crypt transfers the image of the Chemistry Auditorium in Toruń into the interiors of the one in Wrocław.

Szabelski’s installation oscillates between being a repository of unwanted and forgotten things, and the meanders of human memory, where deformed reminiscences of non-existent objects are still preserved. 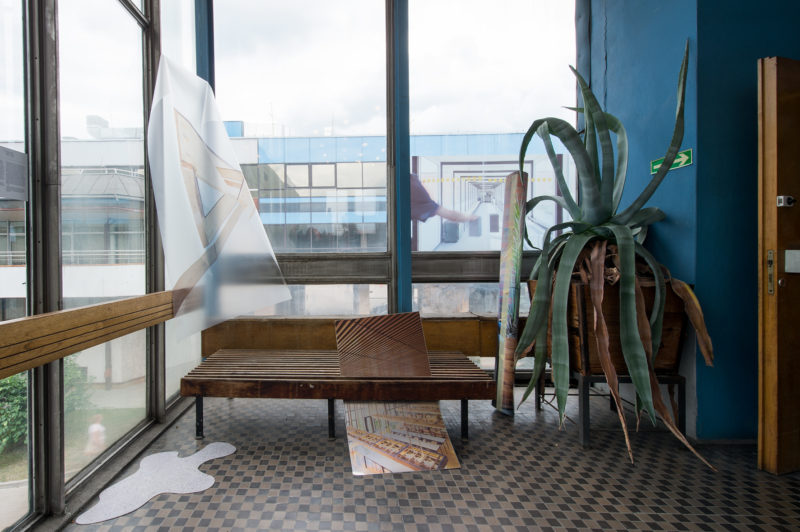 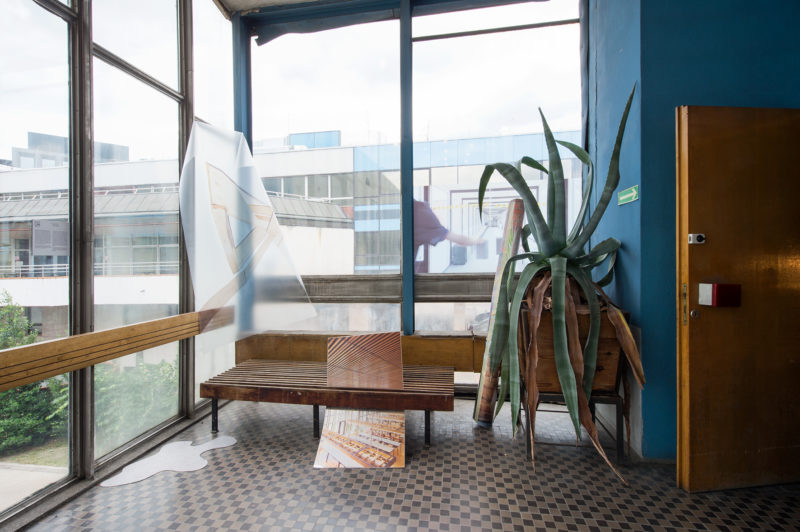 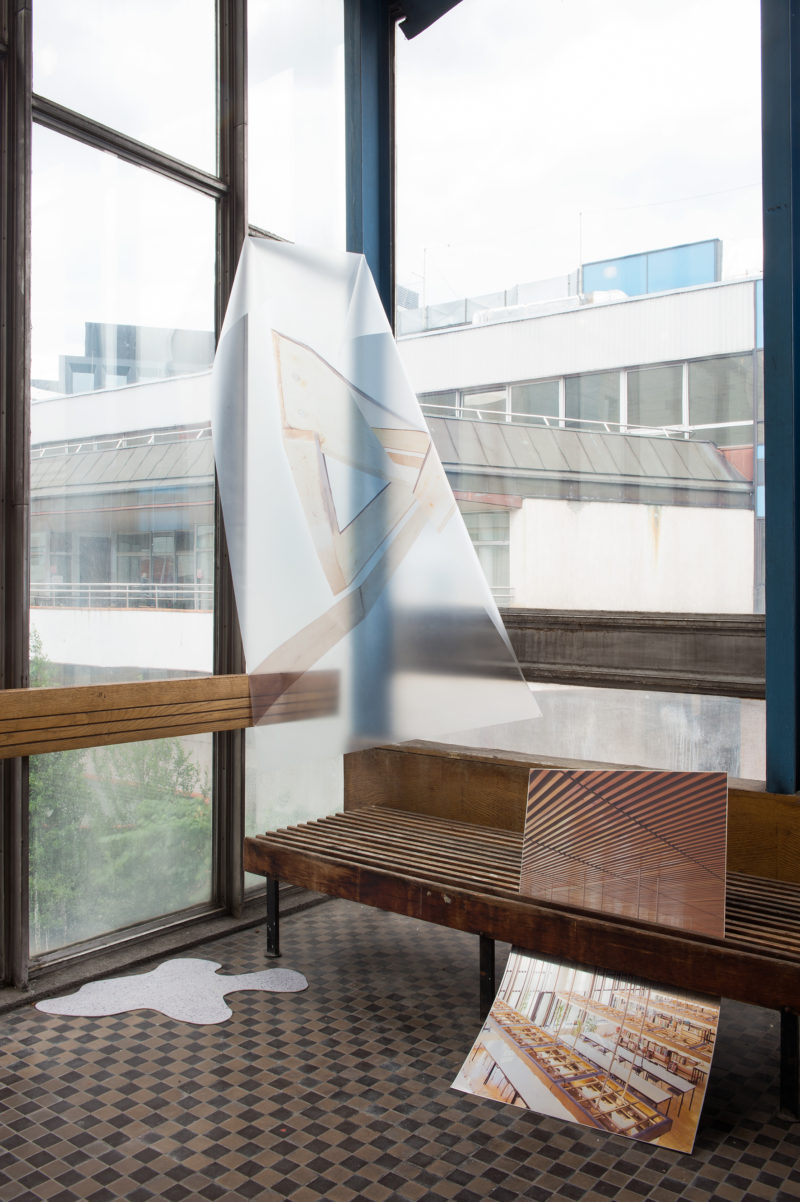 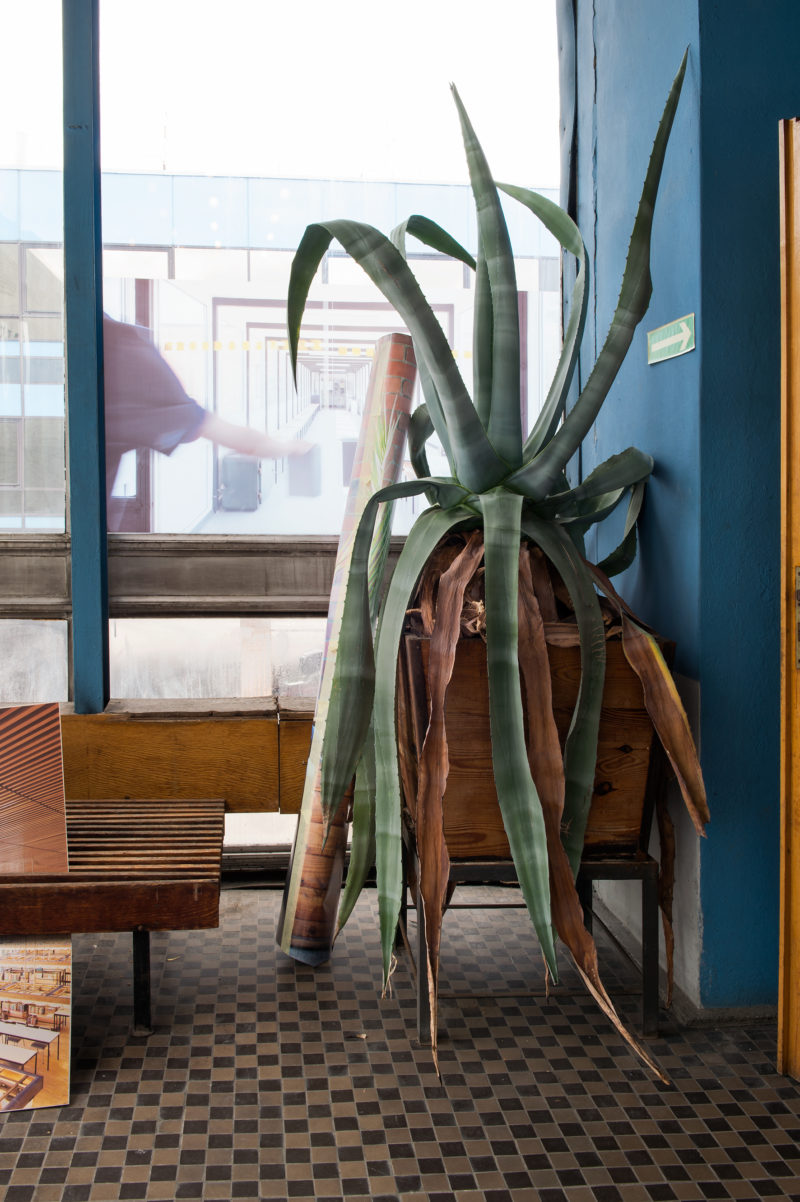 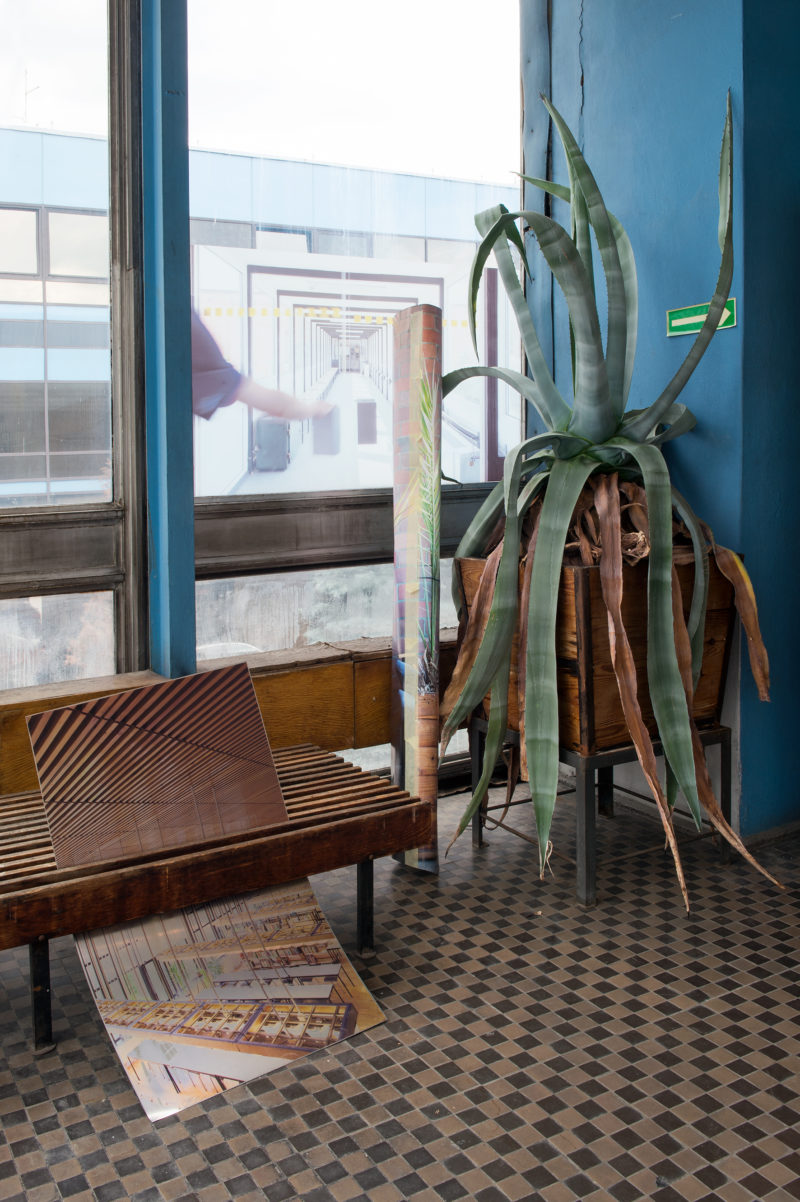