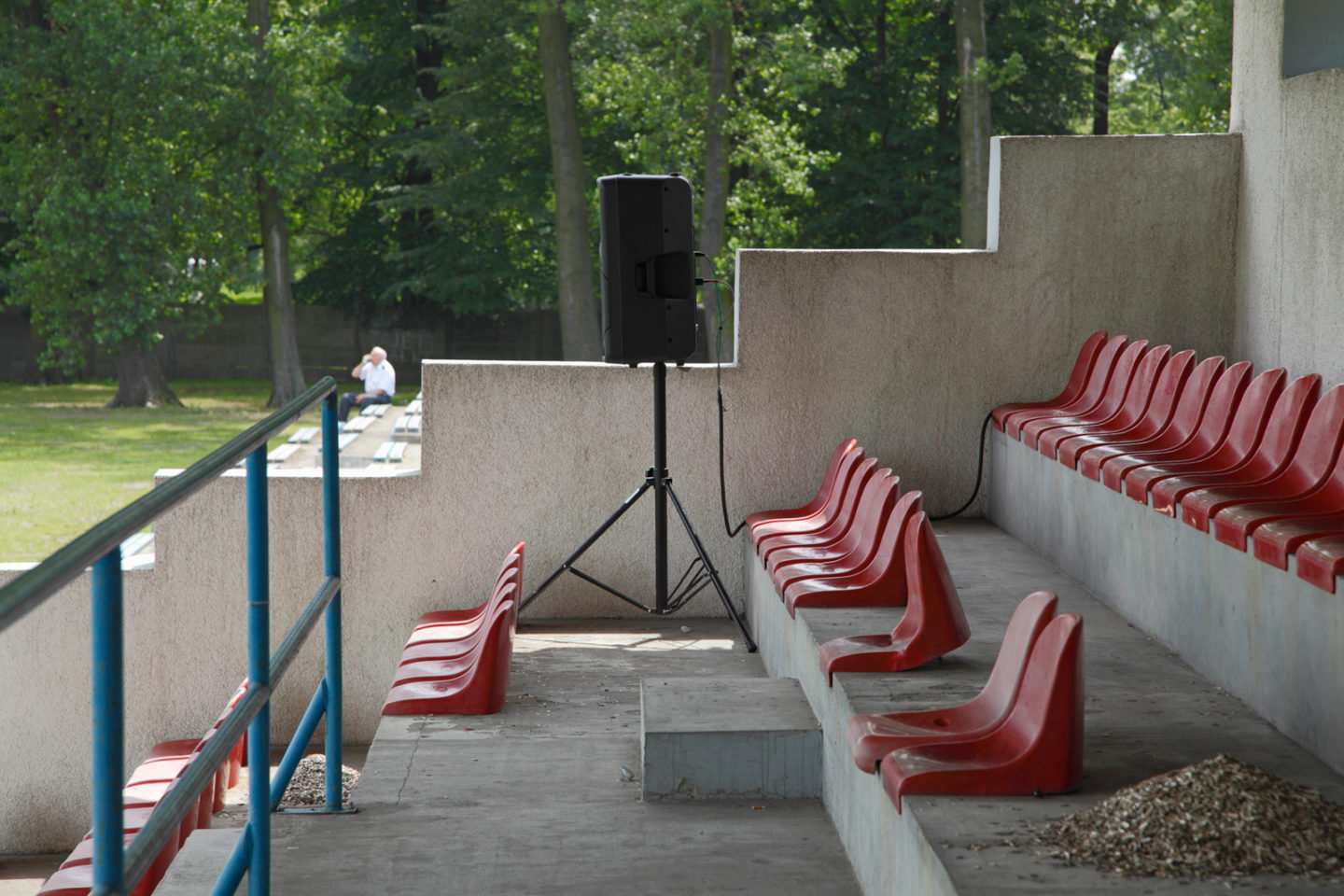 The voice of Jan Ciszewski, commenting the 1974 World Cup game between Poland and Brazil, travelling across the empty stands of the ‘Oławka’ stadium, made a surprising impression. The emotional flood of words hanging above the football pitch evoked melancholy, pensive thoughts about the empty and slowly deteriorating complex. The choice of the match – in which the Polish national team defeated Brazil to win the bronze medal of the West German championship – stretched this sad reflection to include the state of the contemporary Polish football, which faces numerous problems. This observation was unfortunately confirmed in the context of Euro 2012. Modzelewski built this metaphor on stark contrast, exaggeration, emotions – the stimuli are strong enough to make us believe in this carefully woven illusion. Leaving the stands, which constitute the background of the Match, one cannot fail to notice that ‘Oławka’ was renovated just a few years ago and is doing really well today.