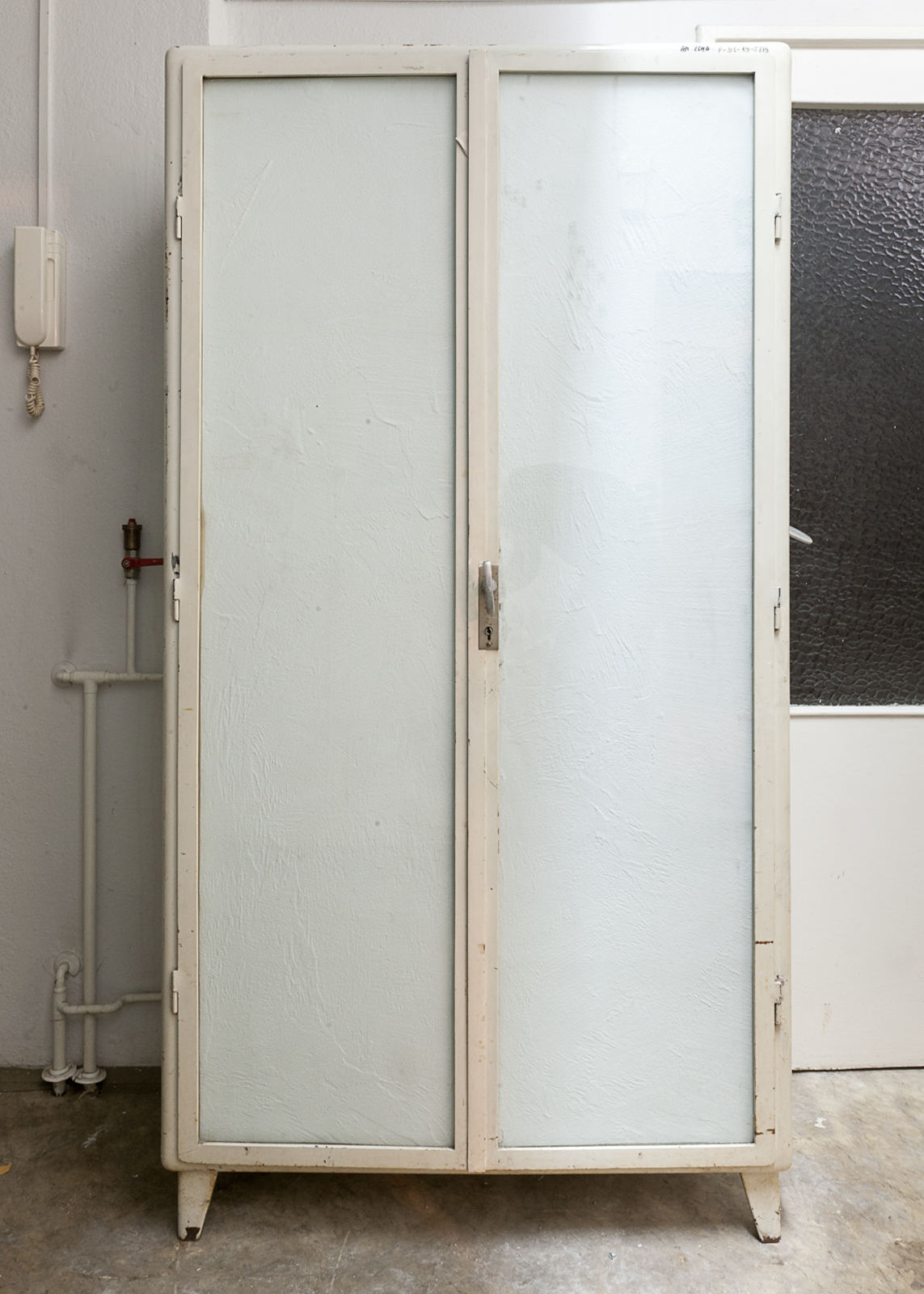 In her installation titled Monoliths, Zwarycz made use of old glass cabinets that are usually found in hospitals. These familiar objects are characterised by lightness resulting from the fact that all their four walls are made from glass. Zwarycz changed their character by filling them with gypsum. The cabinets lost their transparency and purity in favour of enclosure.
On the other hand, by filling up the entire available space inside the cabinets, these minimalist sculptures became a negative and a positive at the same time. In spite of being just objects, they endowed the corridor with claustrophobic fullness and perfect motionlessness. The de-humanised minimalism was combined with an everyday memory of a doctor’s cabinet, which triggered corporeal associations. The material used by the artist was also significant. Apart from being a typical sculpting material, it is commonly used in medicine, which endowed the sculptures with a somewhat symbolic, monumental shade. As the artist explained, the work referred to the “laborious struggle and efforts to overcome the limitations of the body and losing physical fitness.” 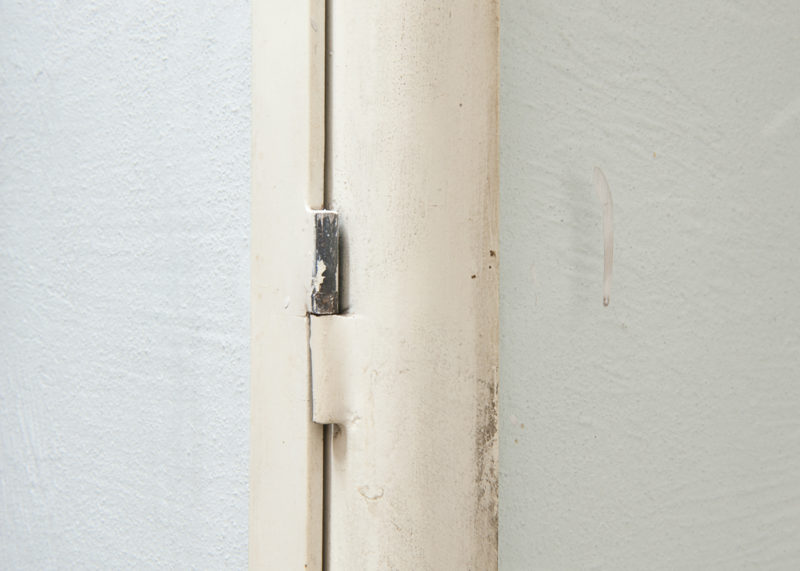 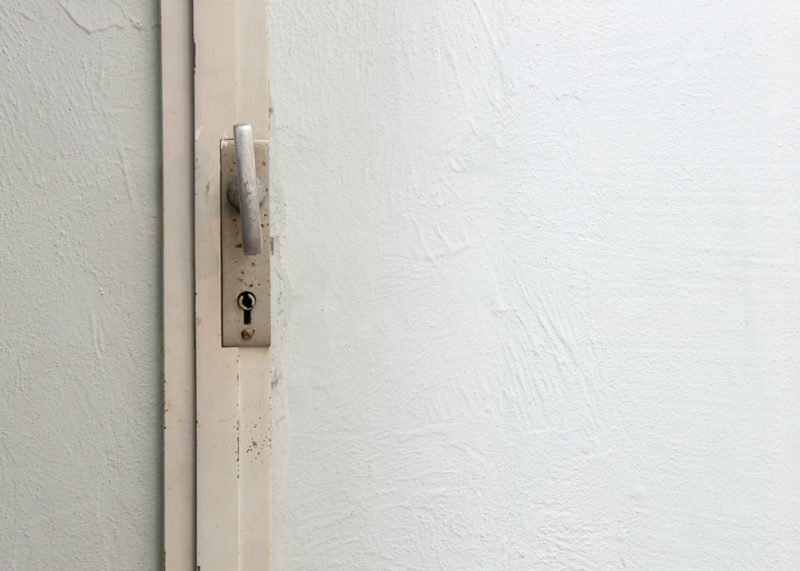 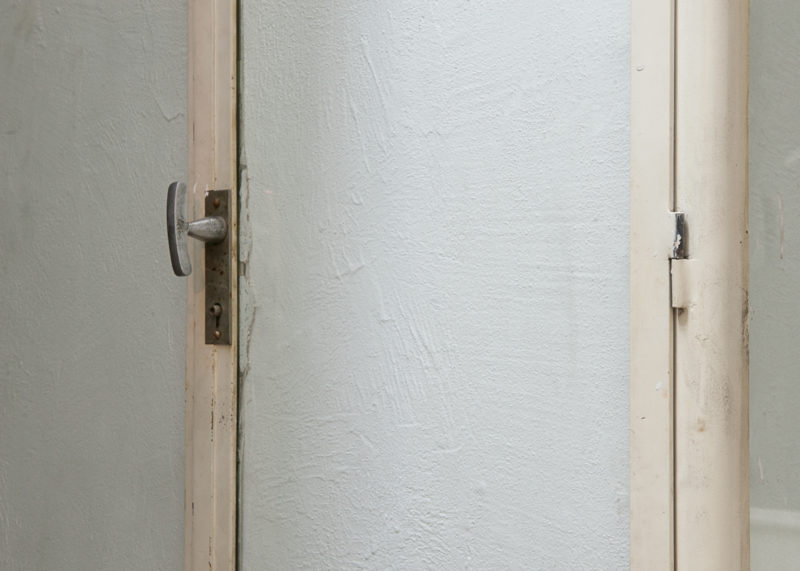 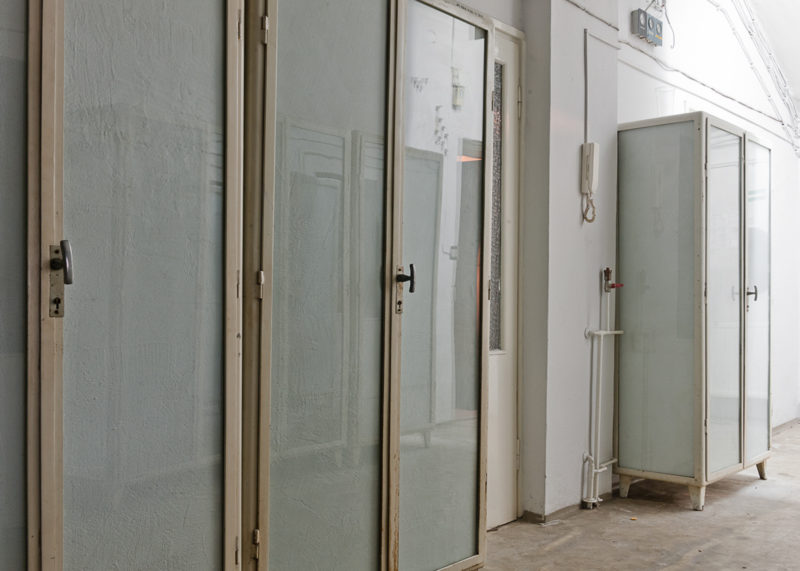 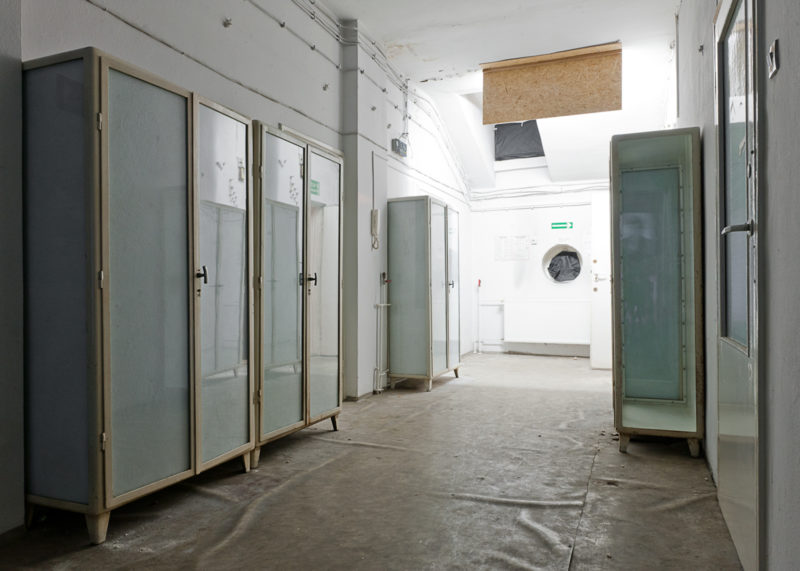