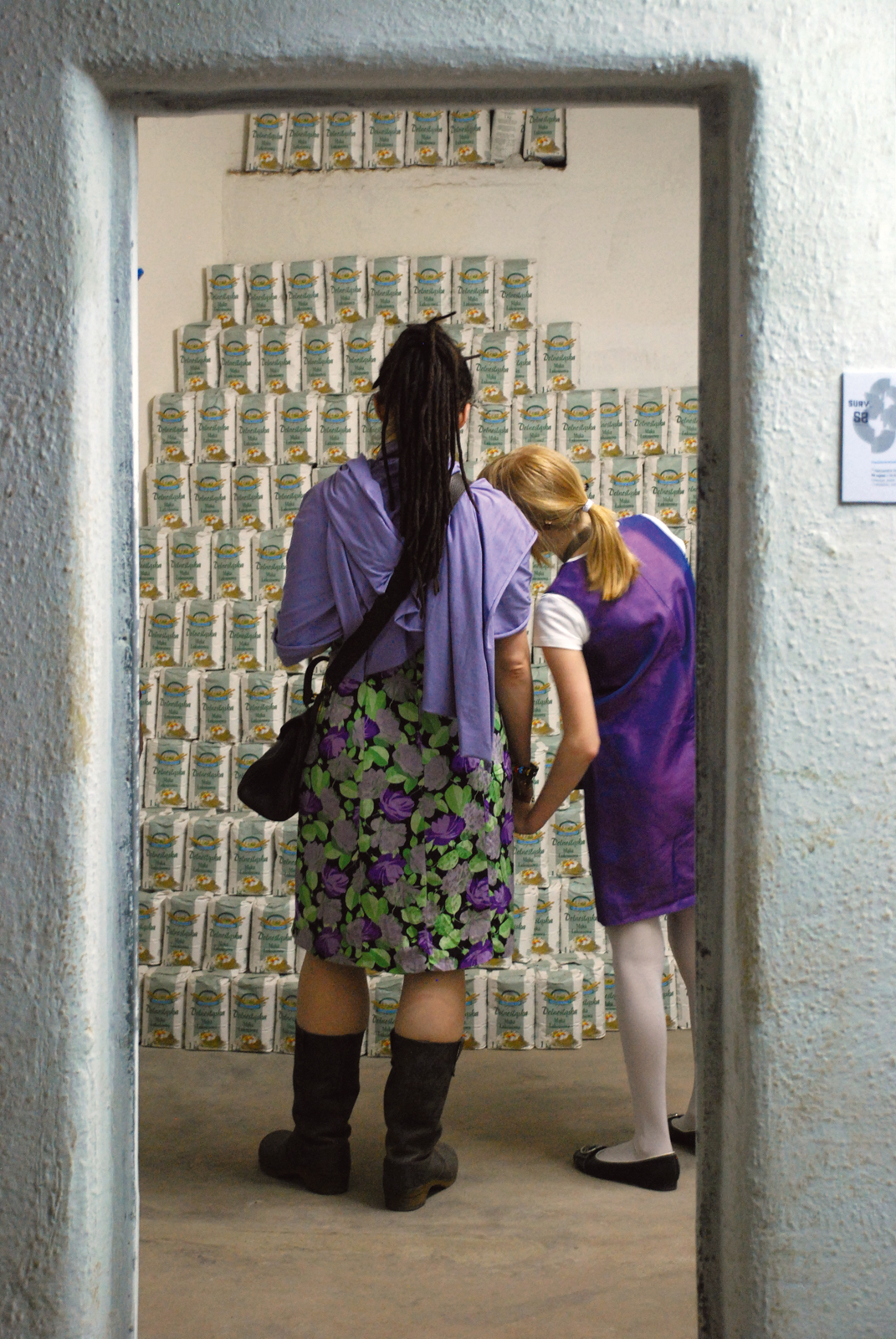 Aleksandra Sojak-Borodo’s realisation ‘In Case’ drew directly on the experience of the artist’s grandparents who, having been relocated from the East, until the end of their lives made huge provisions of basic groceries like potatoes, sugar, flour. The food was often stored in unsuitable places such as a chest of drawers or a sofa bed. In post-war Poland such precautions were com-mon – functioning as a mental shelter, they ensured a feeling of safety. Sojak-Borodo’s work is in line with a number of others pre­sented at SURVIVAL 8 which took up the subject of a shelter or refuge and consequently – security or lack of it. The huge amount of precisely arranged flour was a tribute to people who experi­enced the dire reality of war, the post-war years and the People’s Republic of Poland. It also expressed respect for food as a result of human work which guarantees survival. After the exhibition the flour was donated to charities providing food for the needy. 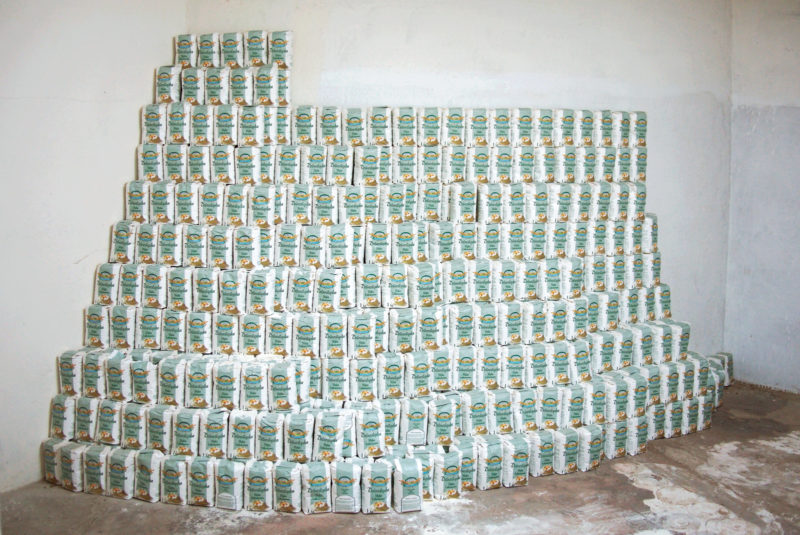