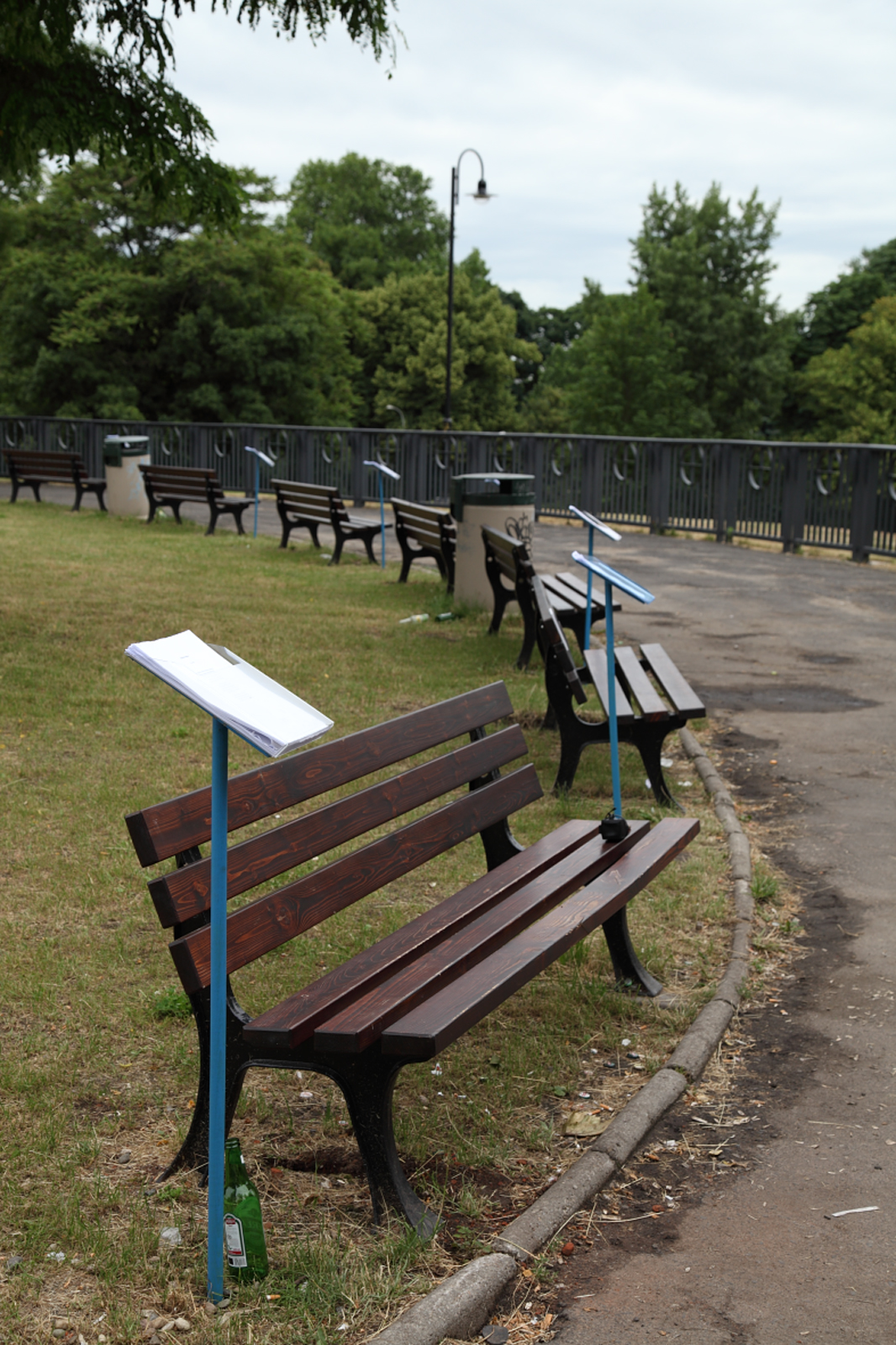 The installation entitled On a River Which Is transformed the hill near the Polish Square into an open-air reading room. The visitors were given an opportunity to read the most outstanding Polish poems of the 20th and 21st centuries, whose subject matter concerned water and a river. The poems were written by eight authors: Zbigniew Herbert, Jacek Podsiadły, Krzysztof Kamil Baczyński, Halina Poświatowska, and also four poets from Wrocław: Marianna Bocian, Adam Poprawa, Krystyna Miłobędzka, and Rafał Wojaczek. The texts were placed on purpose-built bookrests near the benches, which made it easy to reach them. The main idea of the work was to promote a selection of ‘river’ poems in the public sphere, but it took on additional meaning thanks to the authors’ observation about the imperfect arrangement of the benches on the hill, namely the fact that it was impossible to see the Oder from them. The installation restored the distorted harmony of the place; by reading the poems, one could imagine the river flowing through the city, the title River Which Is. 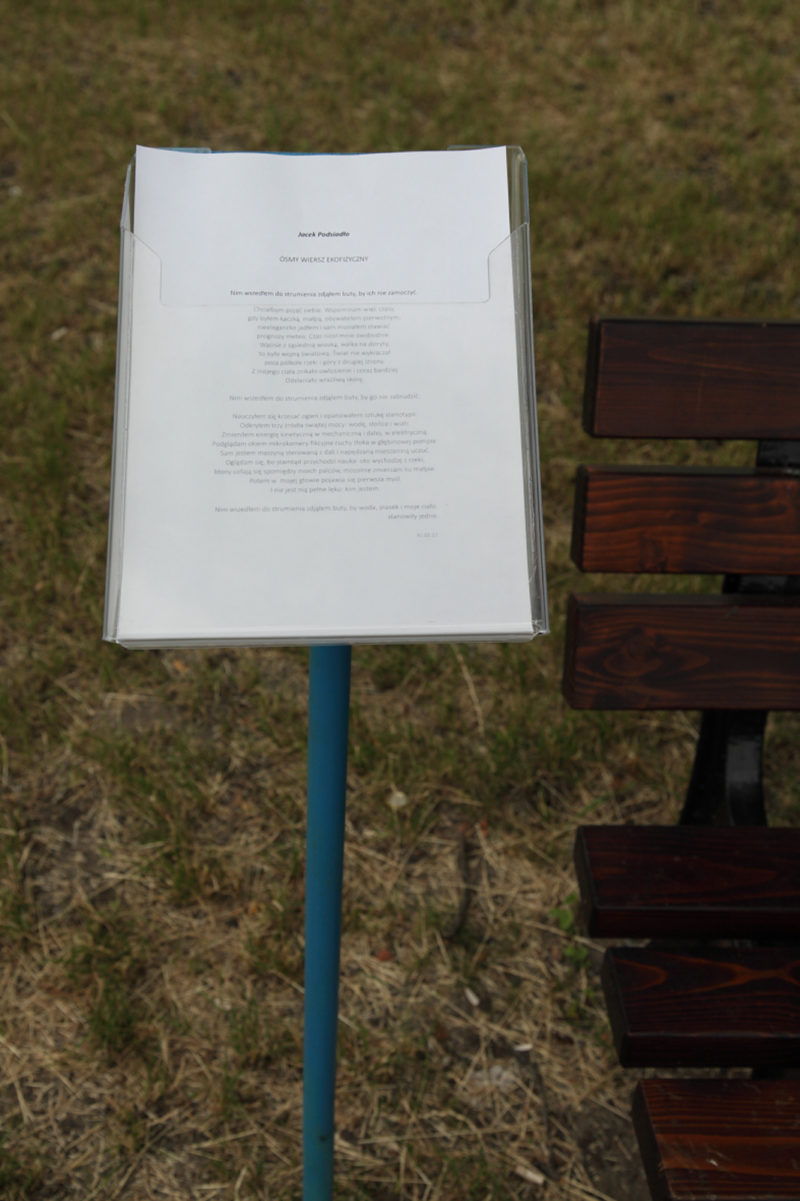 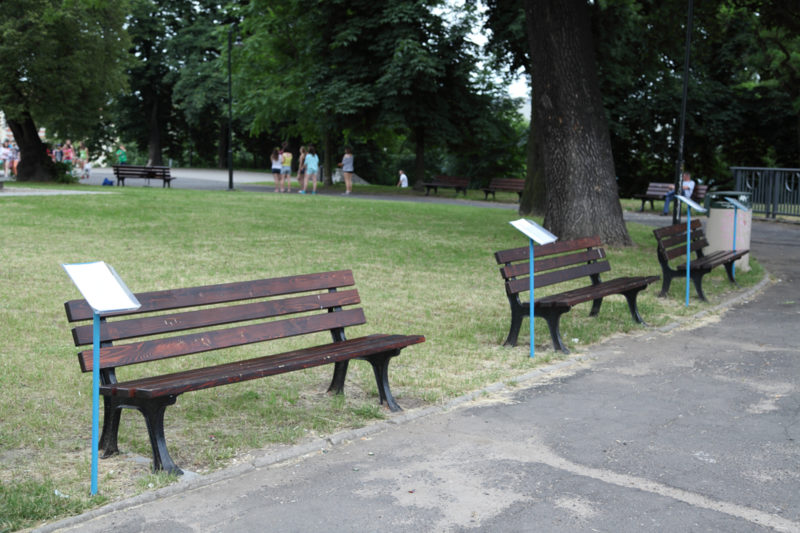 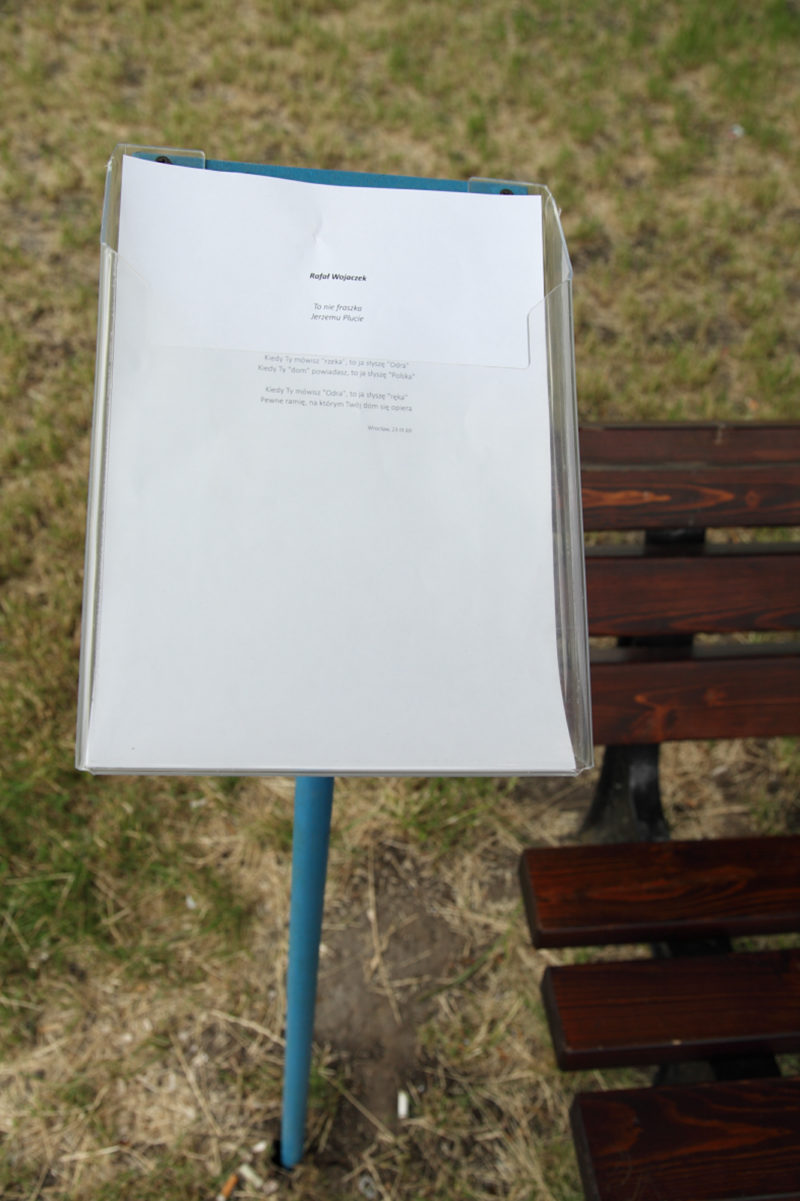 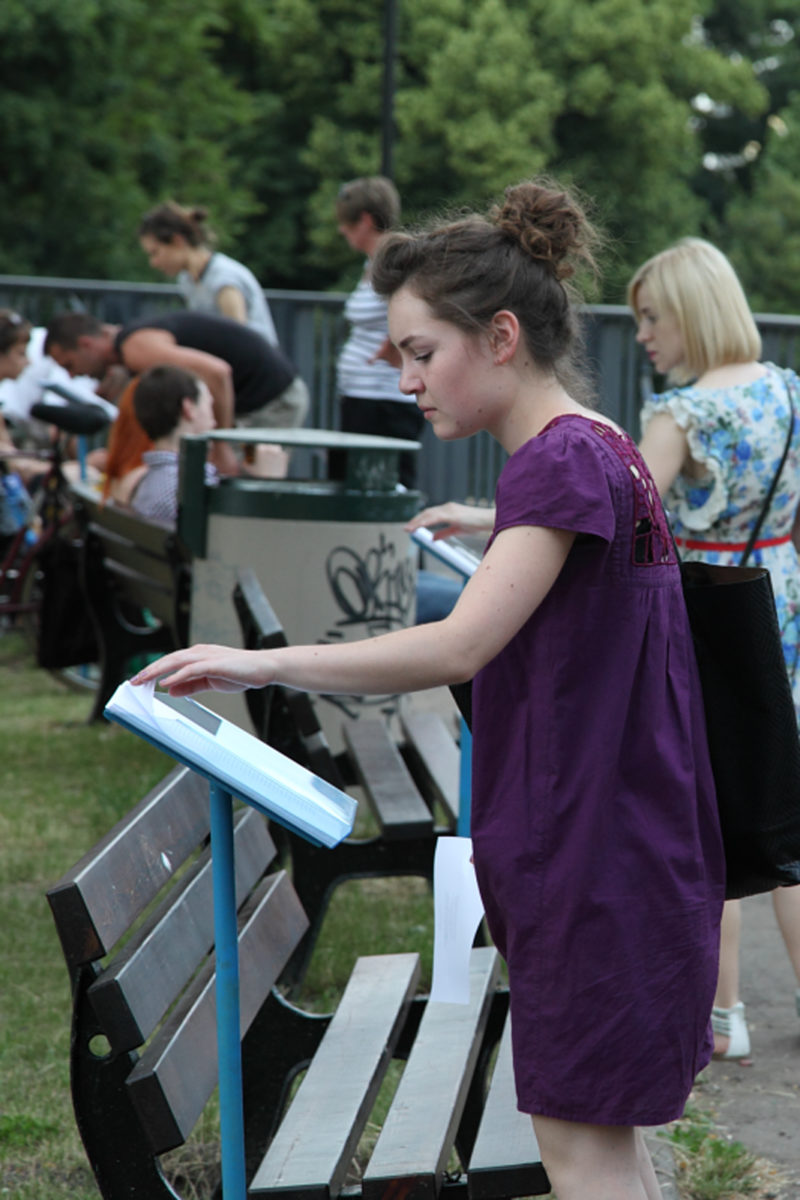