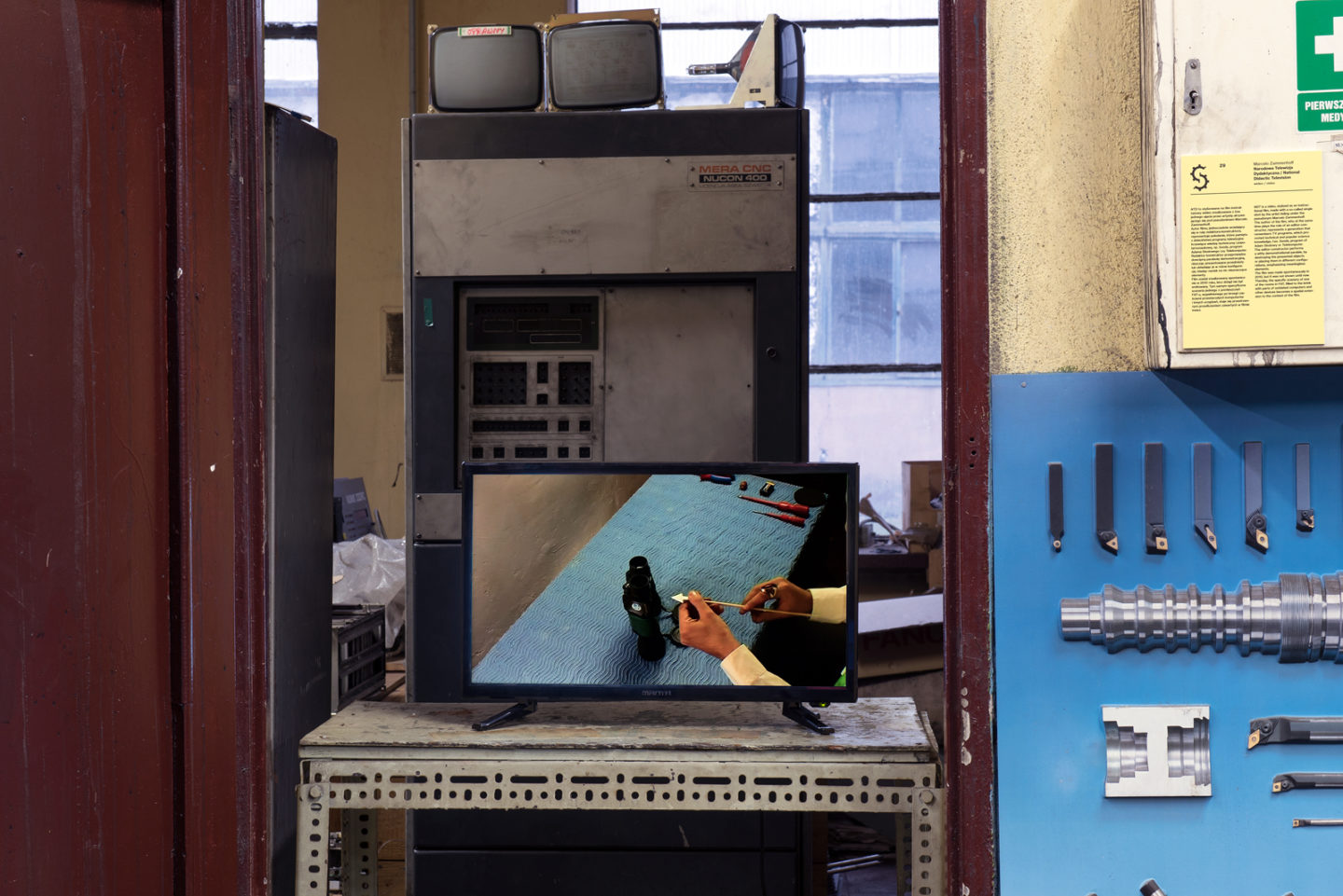 NTD is a video stylised to resemble an instructional film, which was made with a so-called single shot by the artist hiding under the pseudonym Marcelo Zammenhoff.
The maker of the film, who at the same time plays the role of a host-constructor, represents a generation that remembers TV programmes which promoted technical and popular science knowledge, e.g. Sonda, Telekomputer or Adam Słodowy’s diy programmes.
In the film, the host-constructor performs a witty demonstration-parable, destroys the presented objects or places them in different configurations, emphasising meaningless elements.
The film was made spontaneously in 2010, but it has not been shown until now. Thus the peculiar scenery of one of the rooms in the factory, filled to the brink with parts of outdated computers and other devices, becomes a spatial extension to the content of the film. 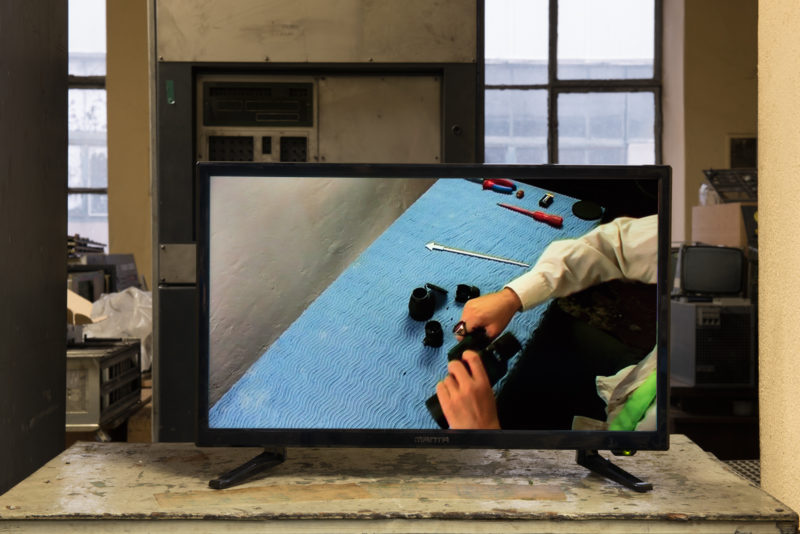 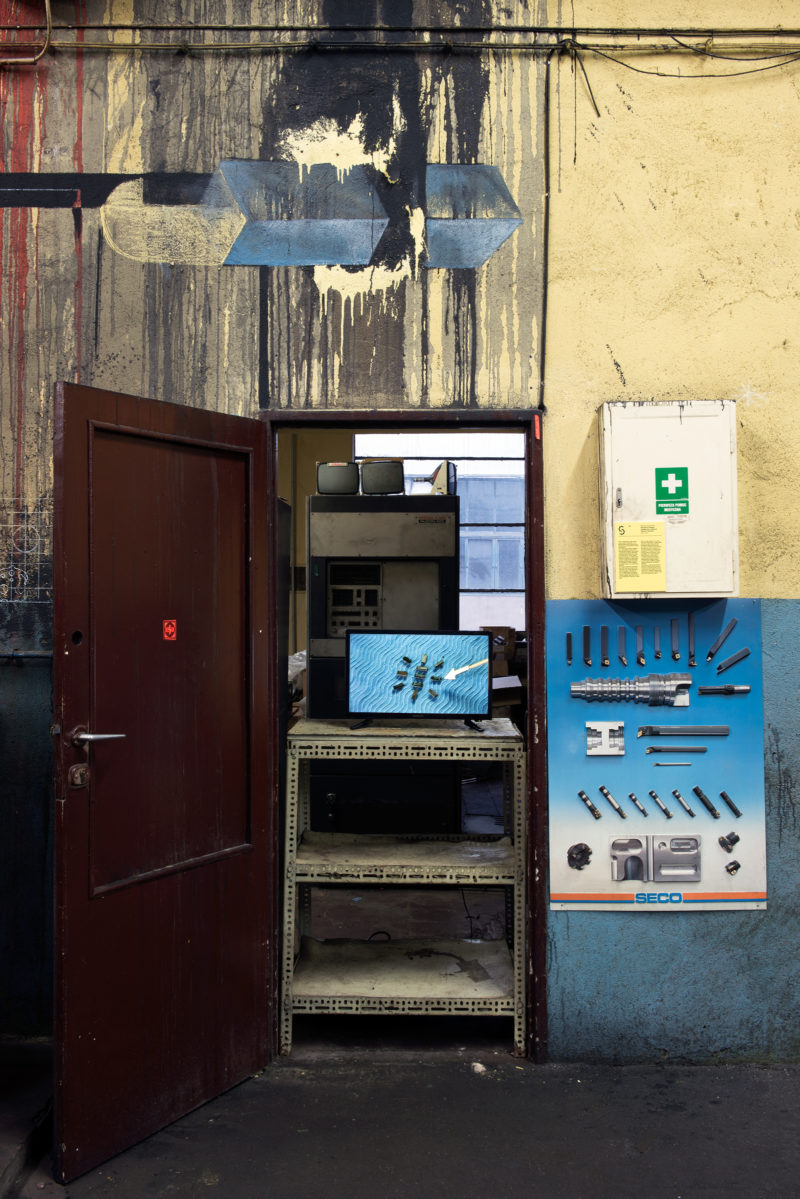 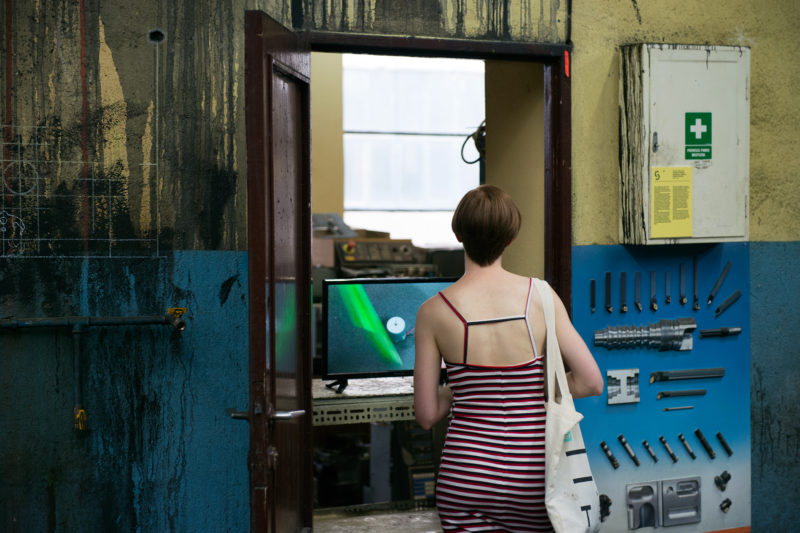