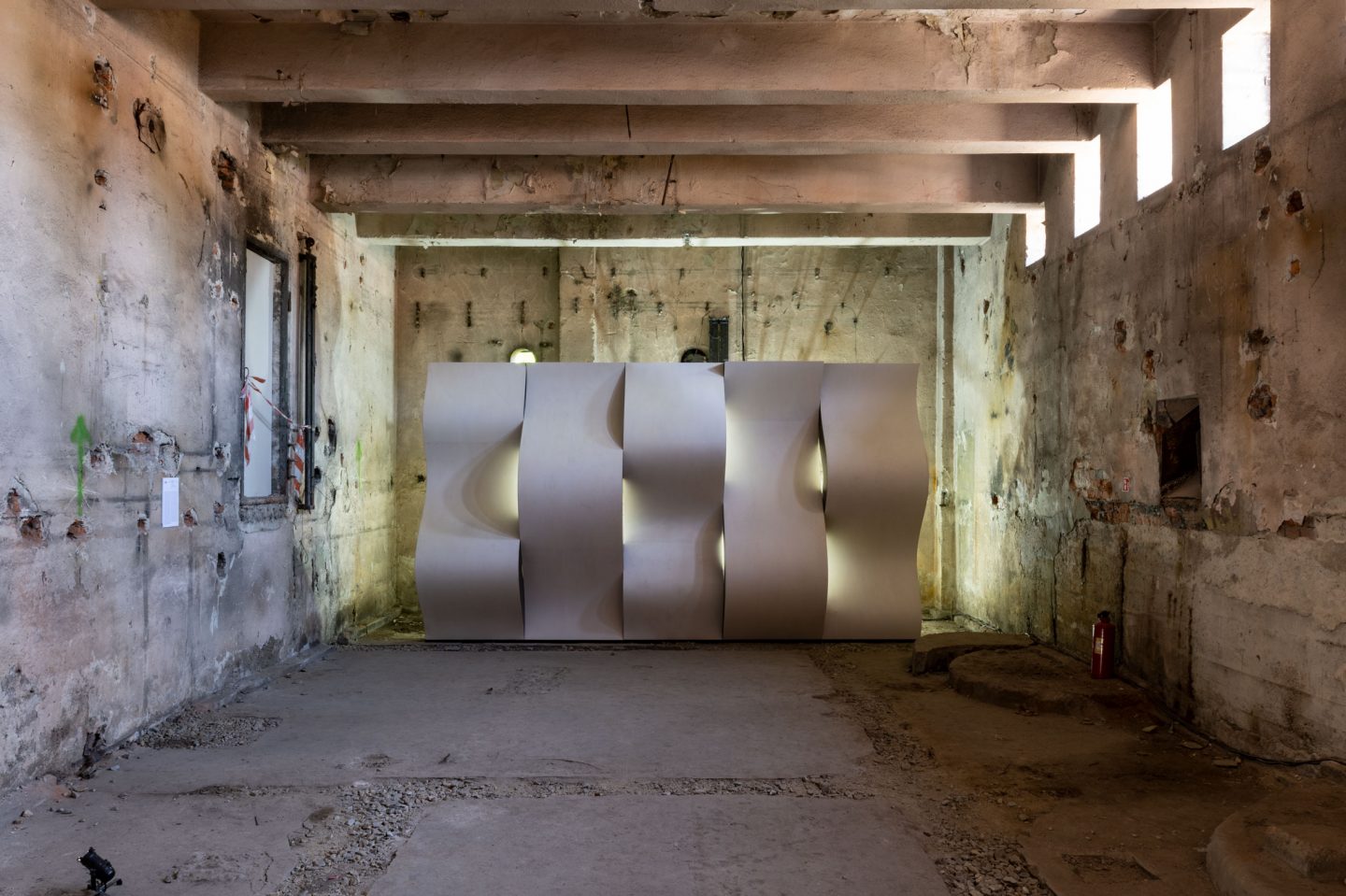 A lullaby is a powerful psycho-cultural phenomenon combining word and music. It is found in almost every tradition and place on Earth. In Slavic culture, there exists the death lullaby, which plays the role of a ritual for banishing the “other” from a child. According to some sources, the Slavs believed that children are born with a bright and pure soul. If a child became capricious, cried for no reason, it meant that an evil spirit – “other” – had entered him. Therefore, the mother sang the death lullaby – not to her child, but to drive the evil spirit away. Singing lullabies was also a hidden form of expressing feelings by women, giving them the opportunity to tell their story, share problems and hardships connected with being a mother and wife, air their opinion on social order. The structure of the sound installation is based on huge wooden membranes reproducing recorded death lullabies sung by women who are currently on strike in Poland, opposing the authorities’ oppression and limitation of civil rights and liberties. The women’s gesture symbolically refers to the existence of the so-called other in society and to the impossibility to be heard and understood. The words of the women’s lullaby call into existence the linguistic Self, the speaking Self, the full and true Self. The form of the installation refers to a child’s cradle, whereas the physicality of vibrations amplified by wooden surfaces is an invitation to surrender to the ritual of banishing “other,” immerse in the song, feel the sound with the whole body. 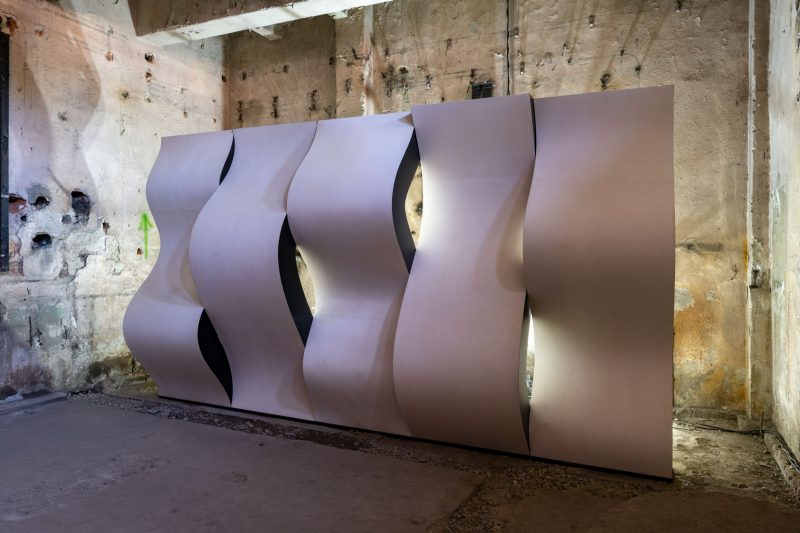