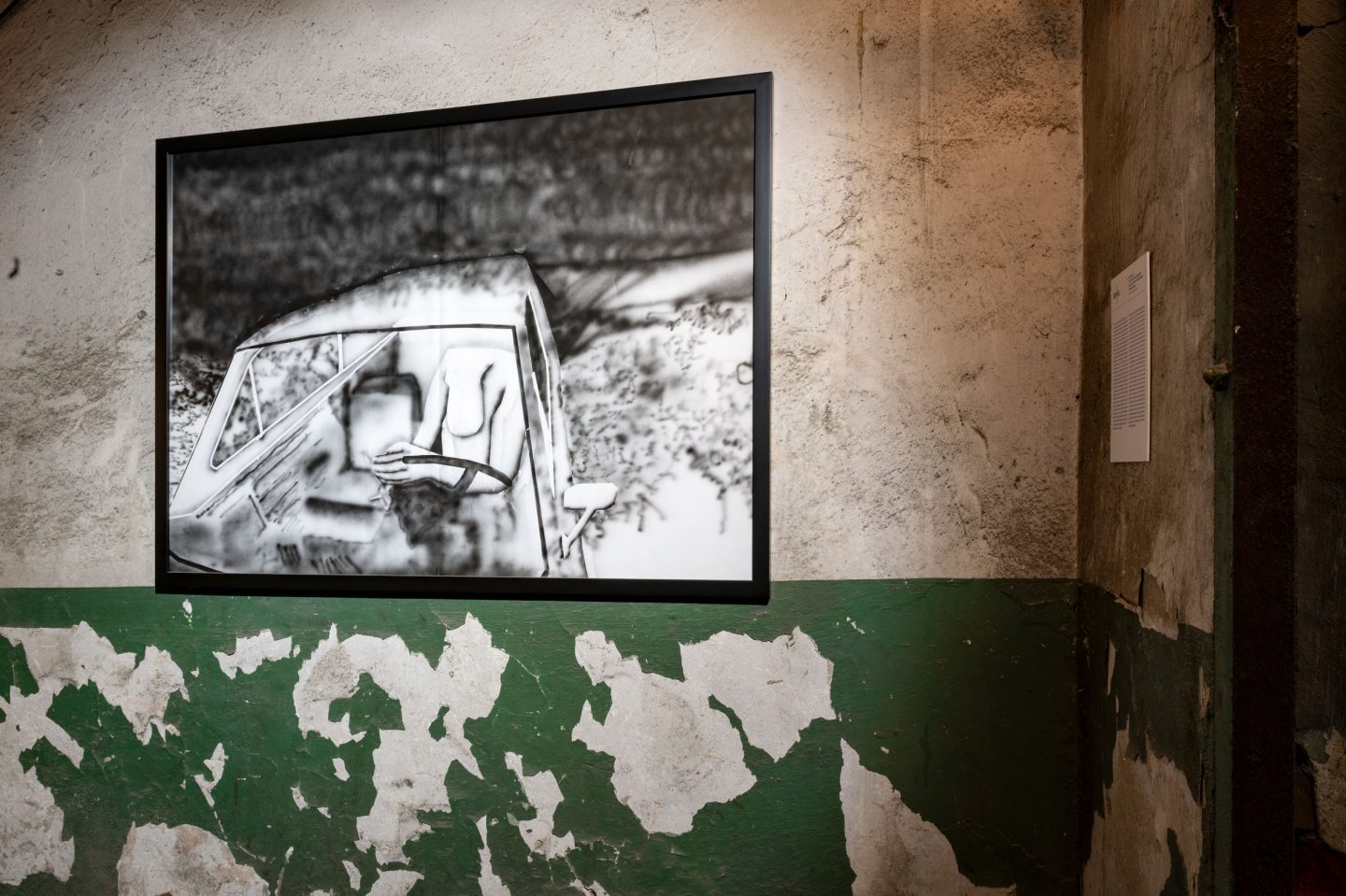 Paul Bloom, author of Against Empathy, makes a clear distinction between empathy and compassion. Although the former term has become hugely popular in the contemporary world and art critique, it is associated with a rather subjective feeling – after all, being in another person’s shoes and feeling their pain is not a decision that can be made anytime we see suffering. Compassion, Bloom writes, is caring for someone else. It can take us further, towards possible solutions. This is why this drawing was made not out of empathy, but compassion and a sense of solidarity with security guards – those described by Katarzyna Duda in her book Kiedyś było tu życie (Life Used to Be Here). Now there is poverty. I distinctly remember the story of a security guard who protected construction sites and buildings earmarked for demolition or so-called revitalisation. He was making about 3 zlotys an hour. Worse, he did not even have a shelter – he was forced to guard the facilities while sitting in his car. I would like to pay tribute to him and to all men and women working as security staff – those who are among the most disadvantaged employees, often with a disability certificate, doing stressful and low-paid work in the shadow of multi-million investment projects.