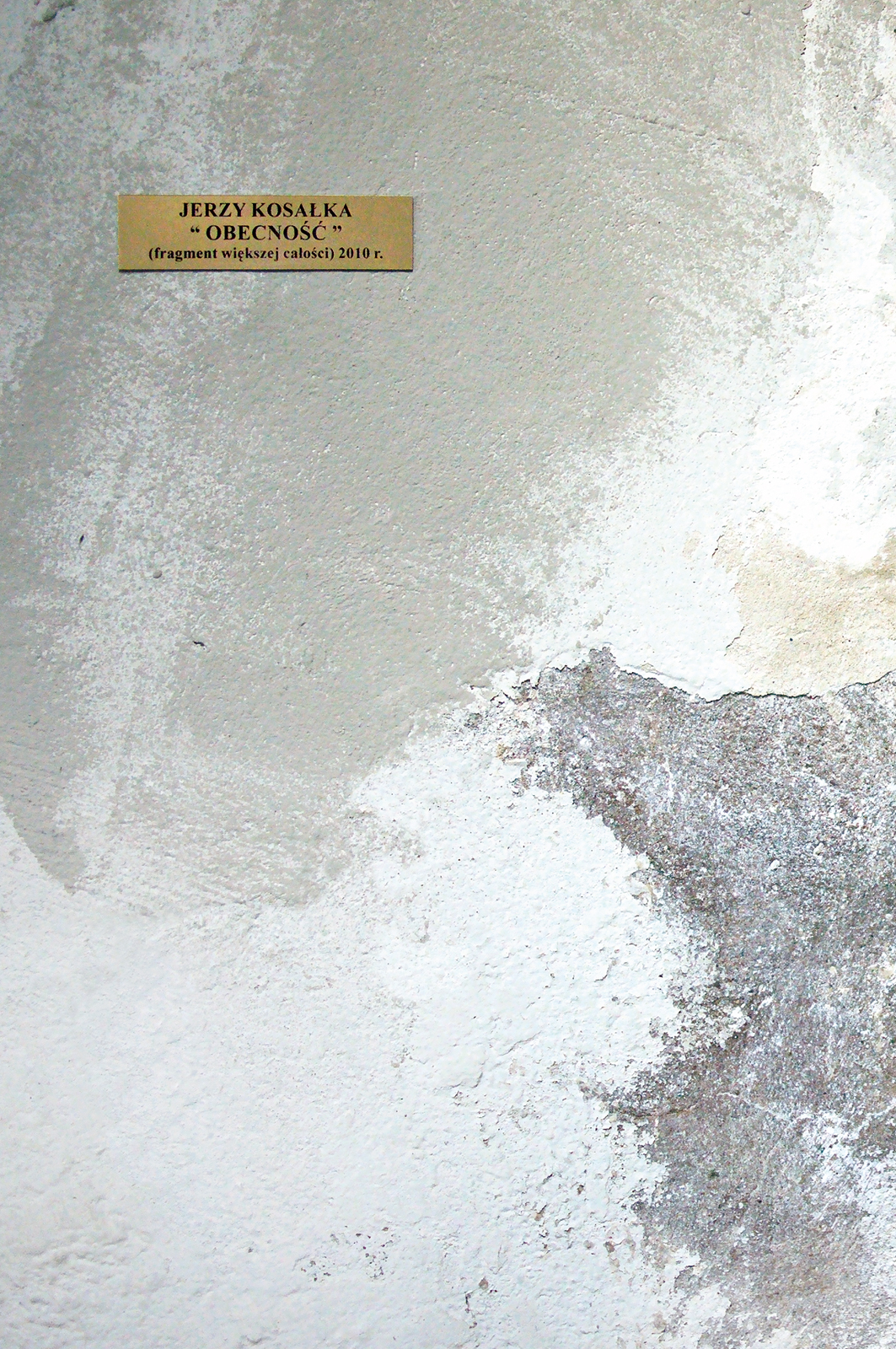 ‘Presence (Fragment of a Greater Whole) 2010’ was a peculiar response to the curators’ key phrase of this year’s edition of the Review, which was supposed to inspire the artists to search within notions inextricably linked with the history of the bunker, such as: void, crises, absence. A collection of twenty plates, which imitated exquisitely engraved plates in a museum, was scattered inside the bunker in places chosen by the artist– both in the proximity of other artists’ realisations and in purely accidental places. Situating the inscriptions next to various devices, doors and cells was supposed to suggest the presence of works of art in this non-exhibition space. This gesture was most powerful with those realisations that used an element of illusion in order to abandon expressiveness and became an invisible, almost natural part of the bunker. Because of their small size and limited number, the impact of the plates was very subtle. It seems that the artist took a ‘controlled’ risk: the declared ‘Presence’ condemned itself to absence. 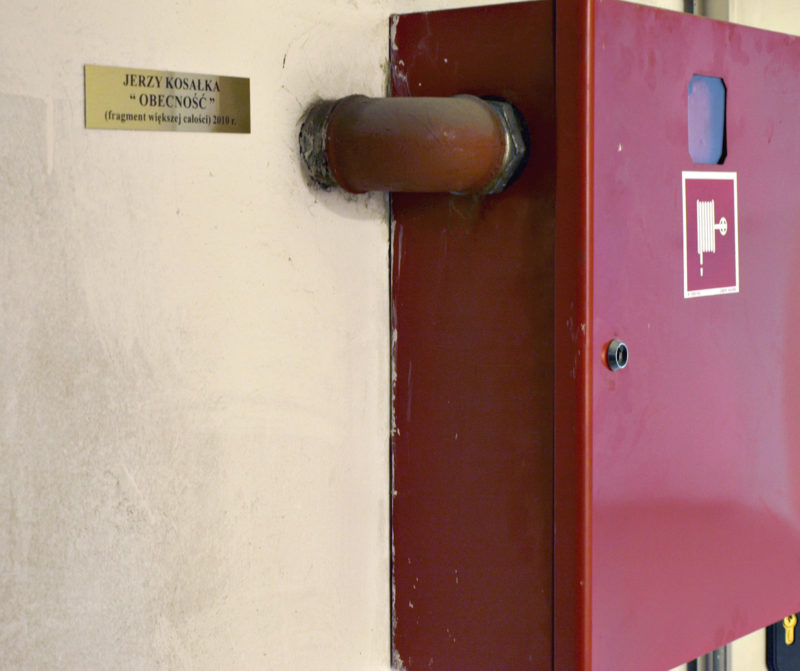