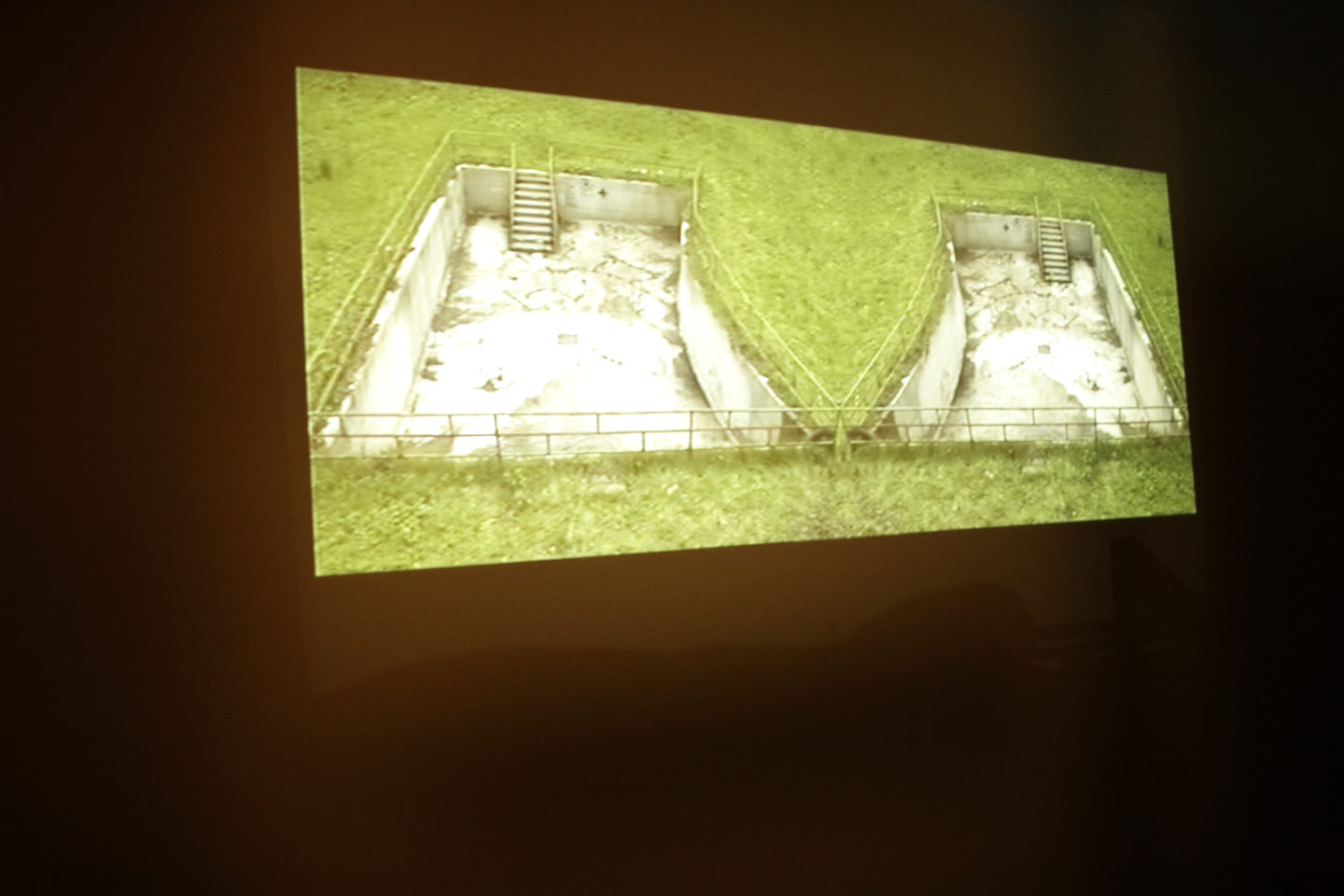 The film shows an old, dilapidated swimming pool, being filled with water which is leaking out of it at the same time. The rhythm of filling and leaking is emphasised by uneasy music that introduces a nervous tempo, which, in turn, reflects an anxious symmetry of the pool, which consists of two mirrored halves. The swimming pool represents a state of nervous equilibrium constans, connected with eternal movement which does not change anything. The water which fills the old tank introduces an element of danger, of a new, not entirely controlled life, whose source reamins unknown and which comes back repeatedly, increasing and lowering tension. ‘Circulation’ was made during the artists’ scholarship in Zillin. The screening took place on a wall of a narrow and deep courtyard, which was also a kind of closed circuit, architectural tank. 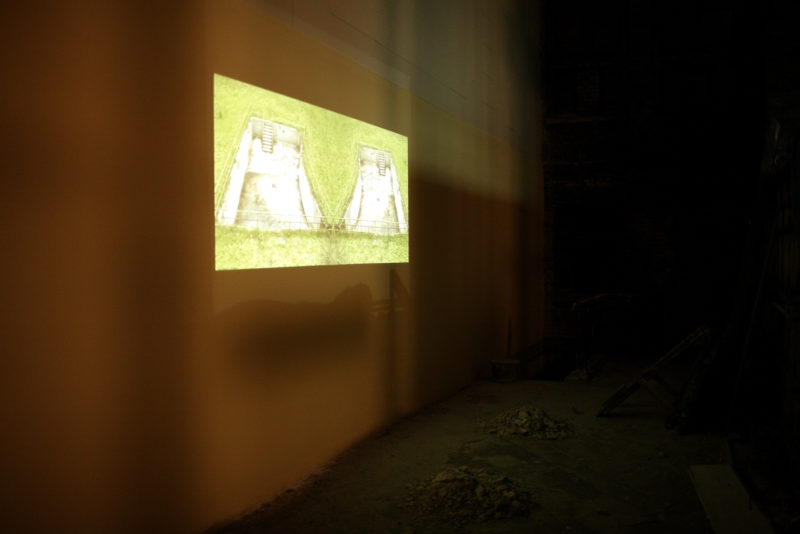 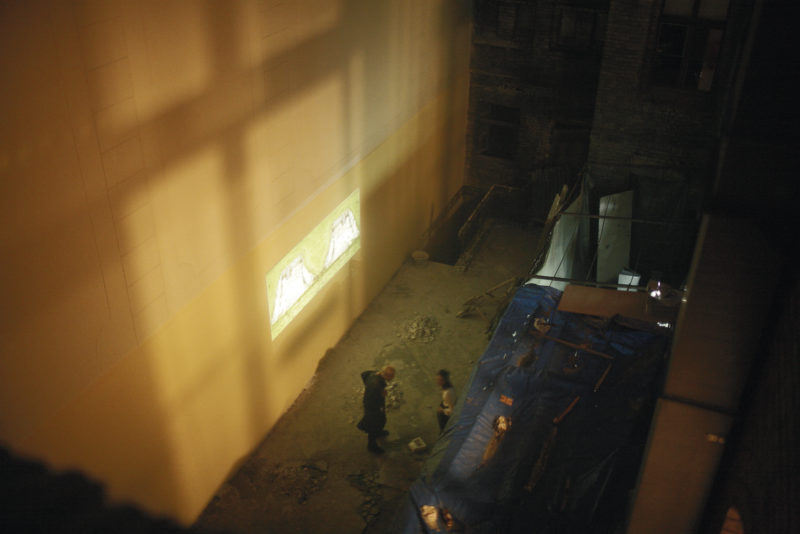