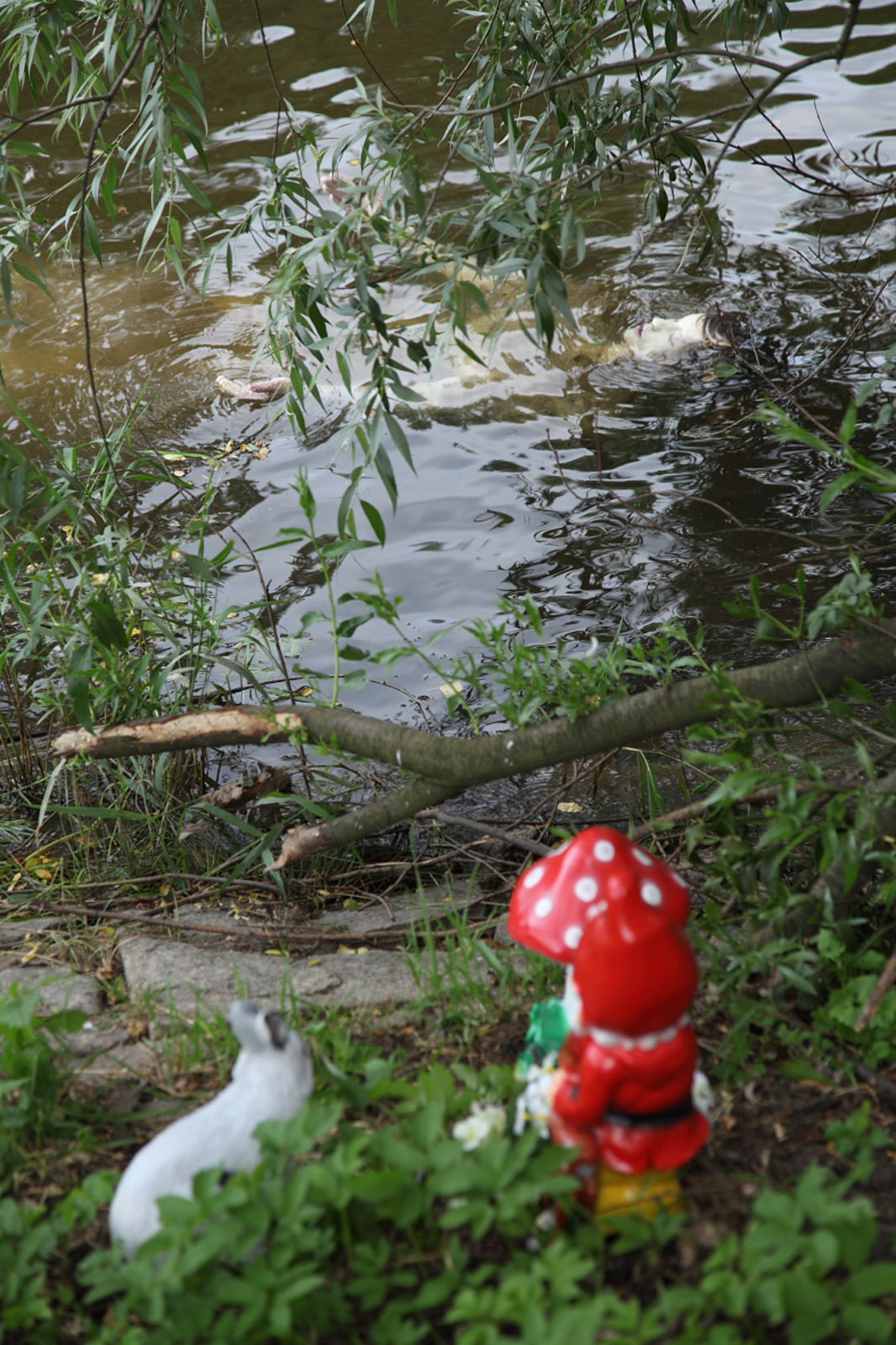 In a sheltered part of the Gondola Bay, Tomasz Matuszak’s work could be seen. It had previously been displayed during the 2011 Aquamediale contemporary art festival in Germany. The Ophelia installation was an attempt to recreate John Everett Millais’ famous painting under the same title. The 3D reconstruction of the scene described in Hamlet was accompanied by the author’s postmodernist comment – the drowning Ophelia was observed from the shore by two ceramic figurines, a rabbit and a garden dwarf. The arrangement corresponded not only with the picturesque natural scenery, but also with the ‘romantic’ character of the 19th-century Gondola Bay. 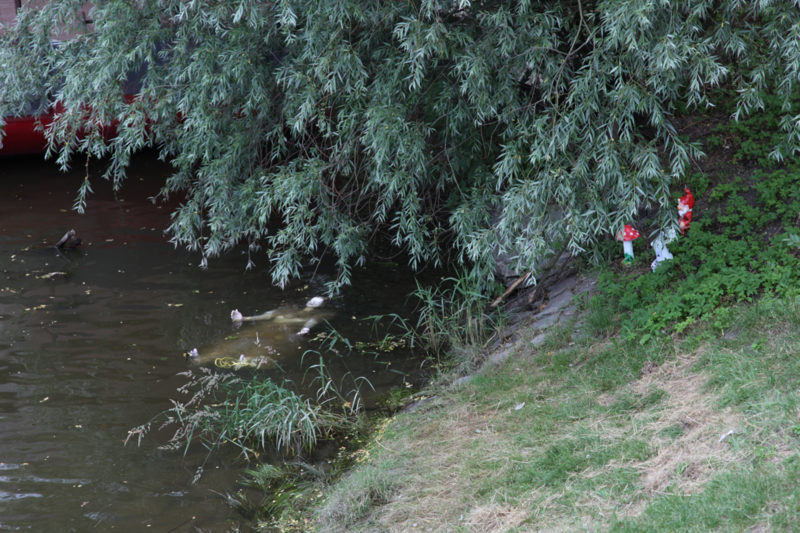 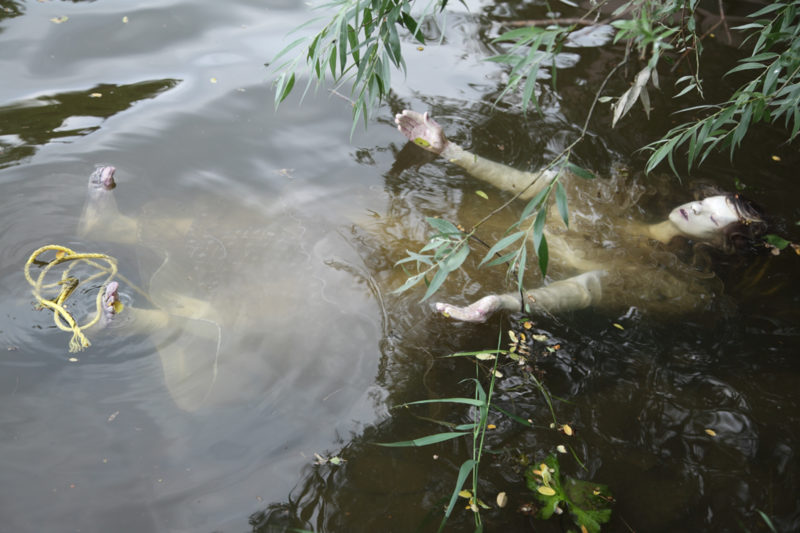 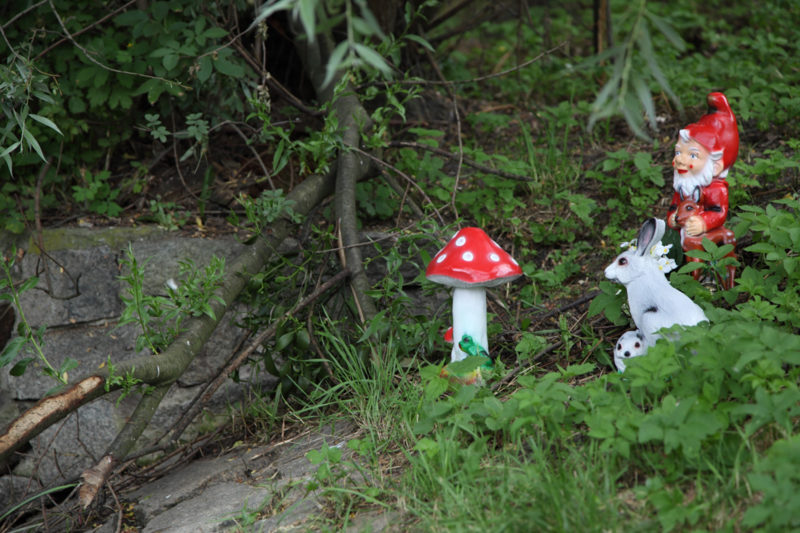 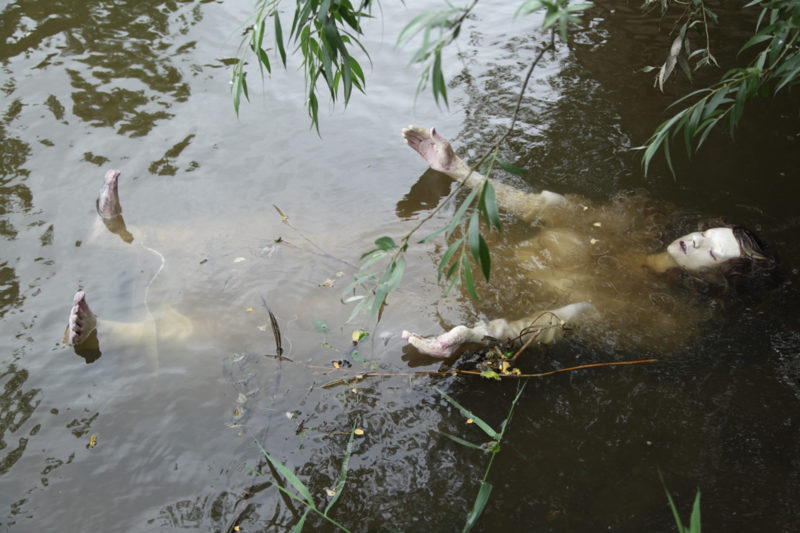 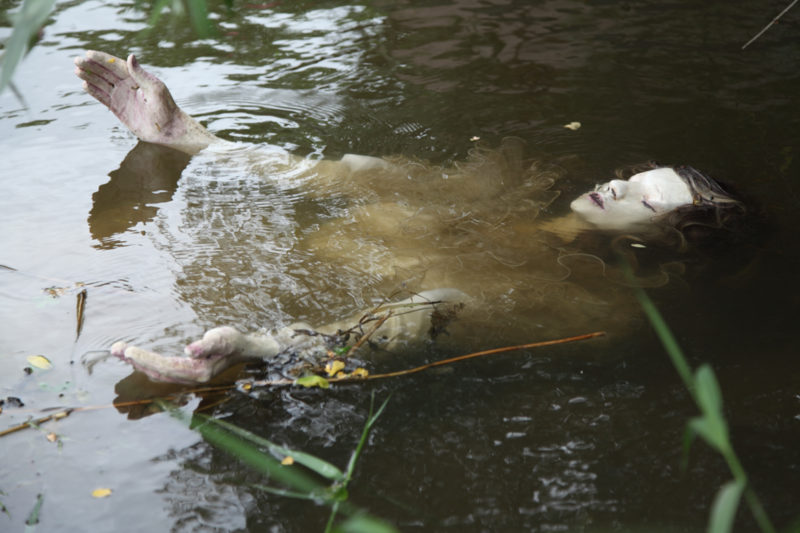 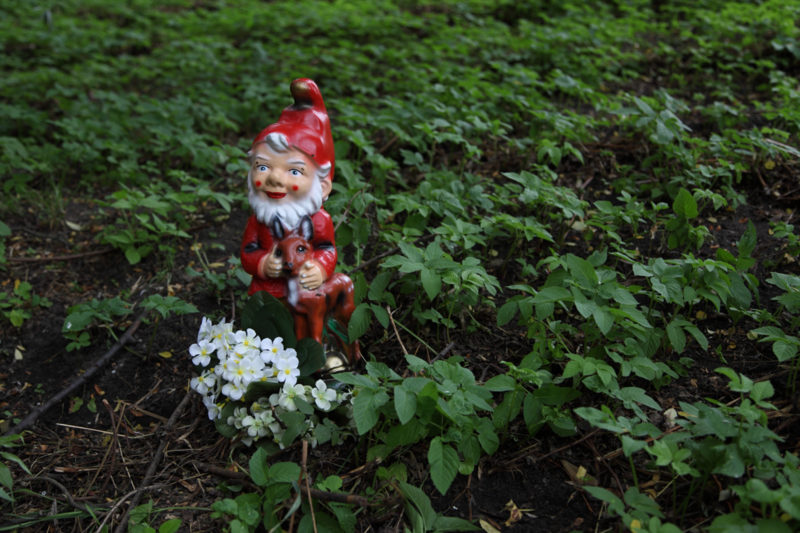 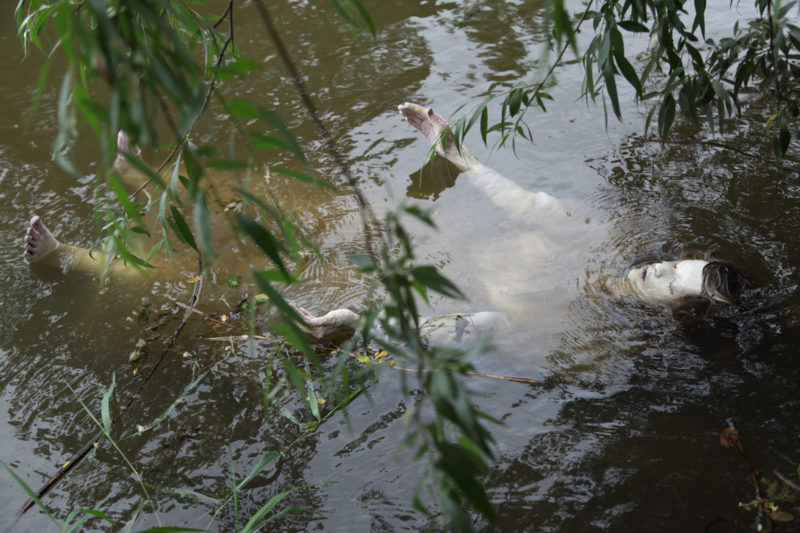 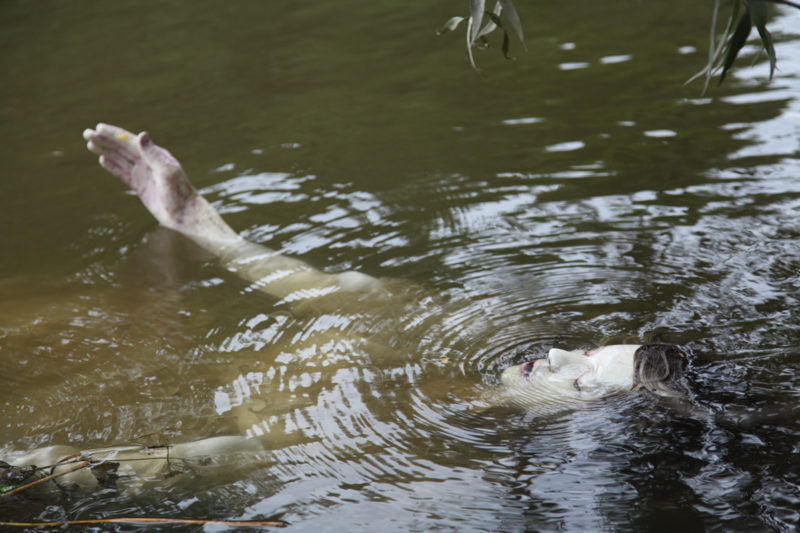 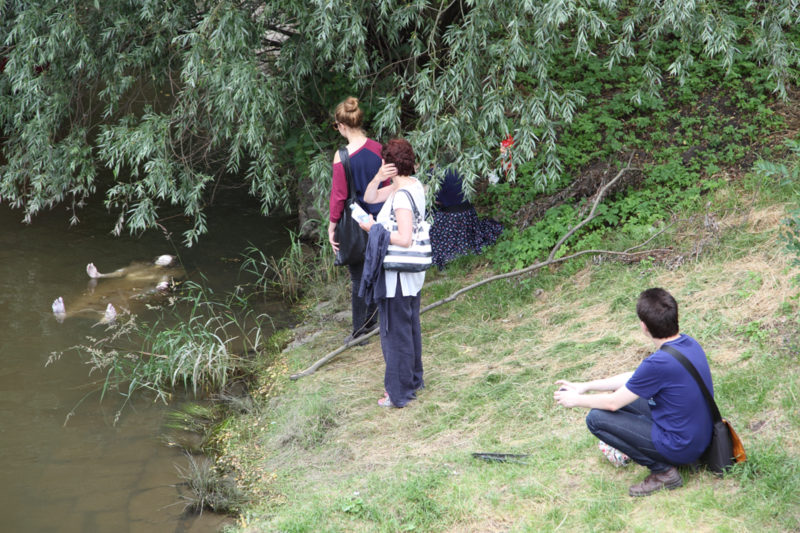