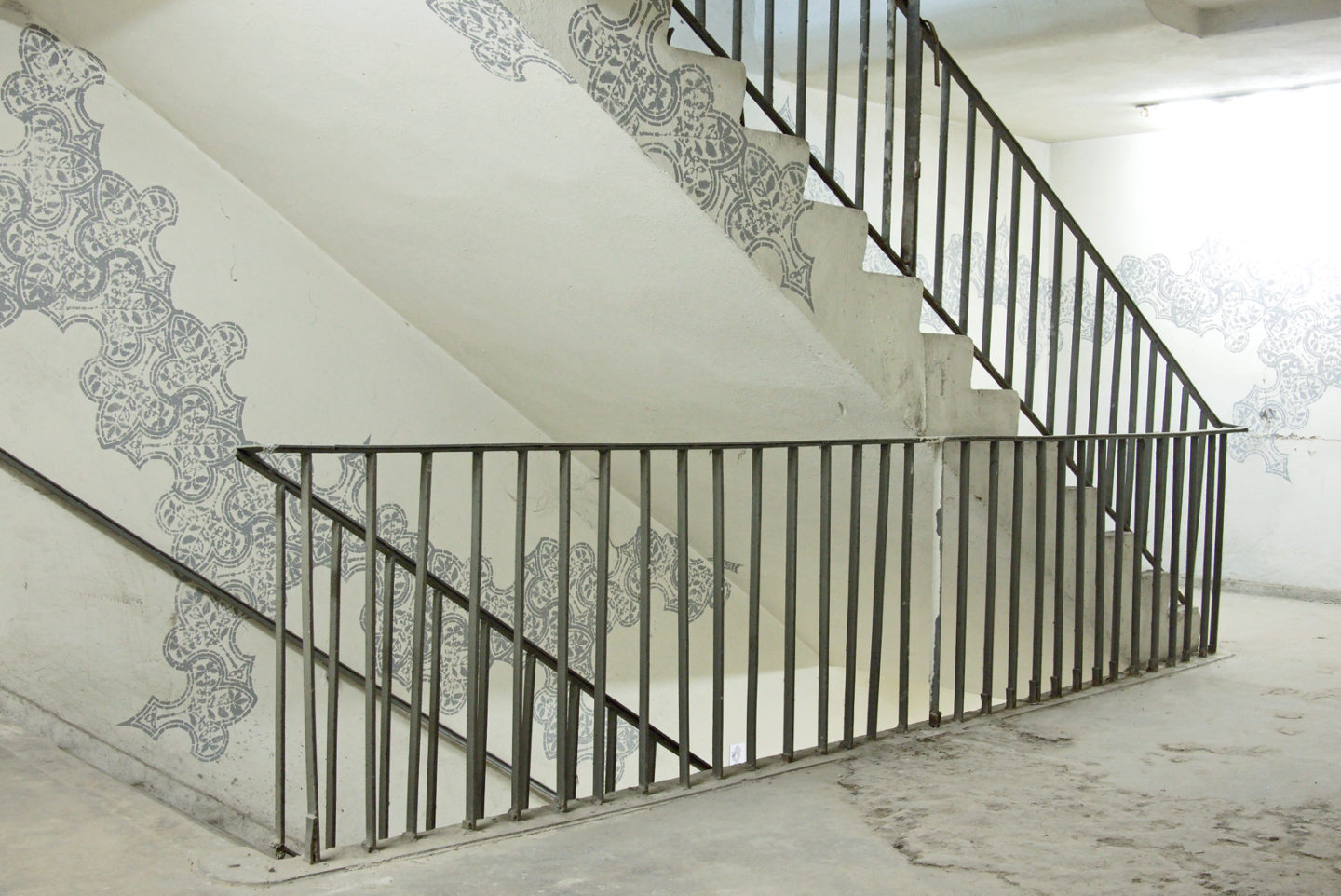 When Adolf Loos declared in 1908 his famous idea that ‘ornament is crime’, a new approach to architecture was born, in which logic, simplicity and functionality were its most desired features. The Strzegomski Bunker was built at a time of advance modernism, when redundancy of ornament was obvious. Paweł Jarodzki’s installation introduced a multiplied module of original decor to the architecture of the bunker, which is associated only with austerity. Remembering the com­plicated history of the object, it is hard to resist the idea that ornament was the last thing this building needed. In this sense, an unnecessary attachment grew into controversial, visual superfluity, which claimed possession of the walls which had not been painted for years. The original motif which made up the application, almost a code, looked like Far East or­naments. But those who knew the lowest, freely available floors of the bunker, used for commercial aims, had before their eyes an image of advertisements hastily cobbled together, signboards of dubious quality, gaudy paintings. This local mix­ture of styles serving particular aims is a pragmatic expression of a predilection for ornamenting and beautifying, which is still present in our mentality. Paweł Jarodzki’s ‘crawling’ ornament was a sophisticated variant of such aspirations. 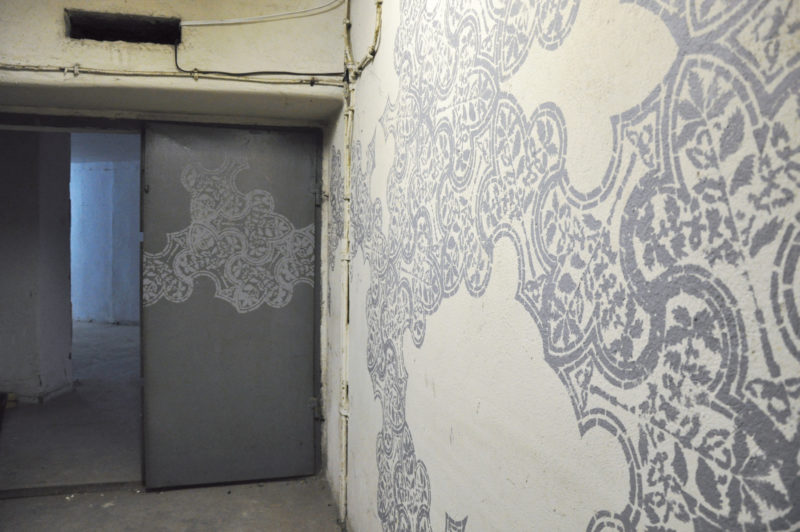