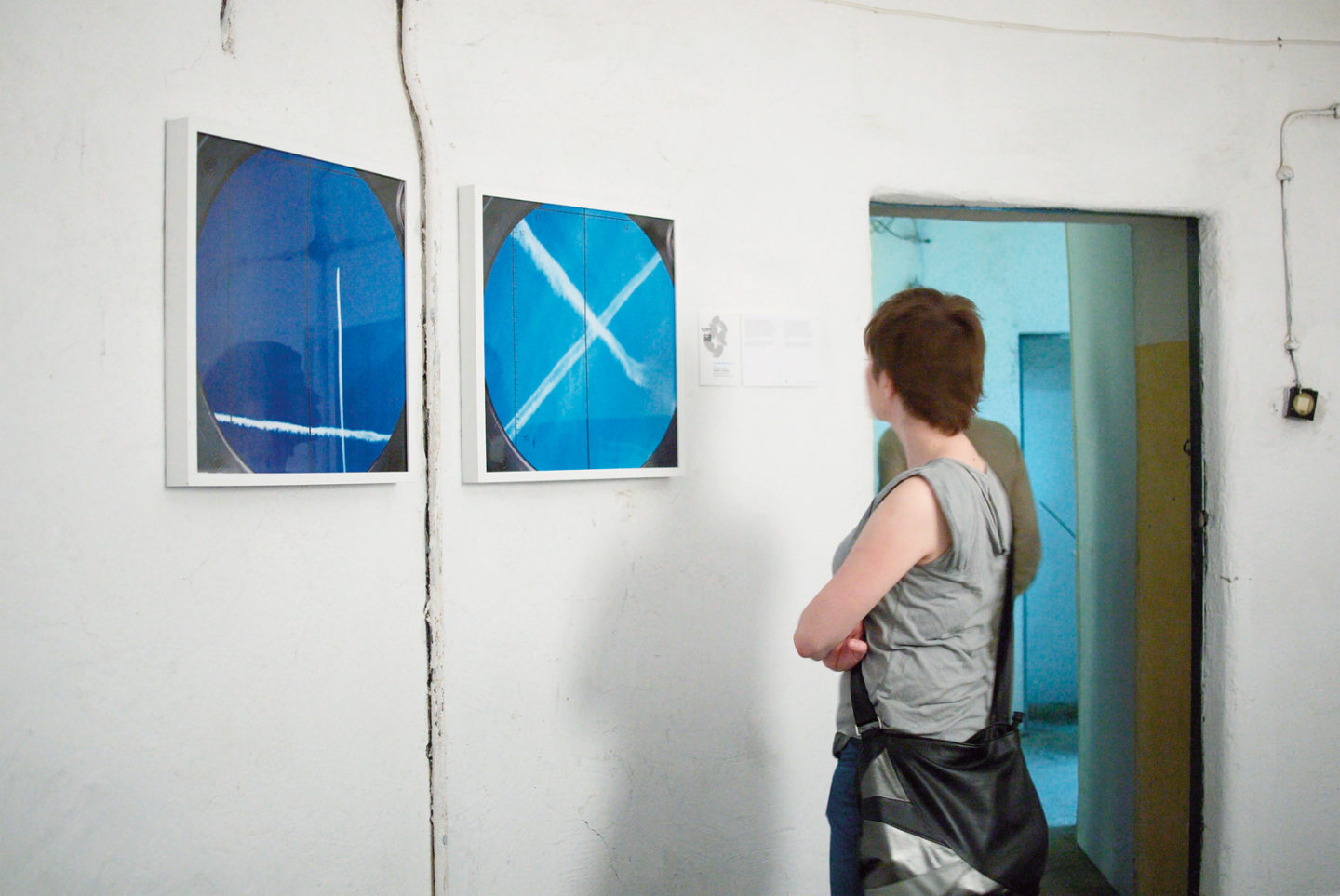 The idea behind Dominika Łabądź’s ‘Periscope’ was to put inside the bunker a series of objects which would open the compact solid onto the sky. The work, shown as do­cumentation, was a result of the artist’s pondering of the situation of being closed and separated from the world. It also corresponded in an interesting way with sound ‘periscopes’, which had already been in the bunker, i.e. a system of pipes which brought the noise from adjacent streets inside the bunker. Łabądź’s work, apart from hope, included terror: the blue sky visible through the periscope would be slashed with lines left by aircraft.