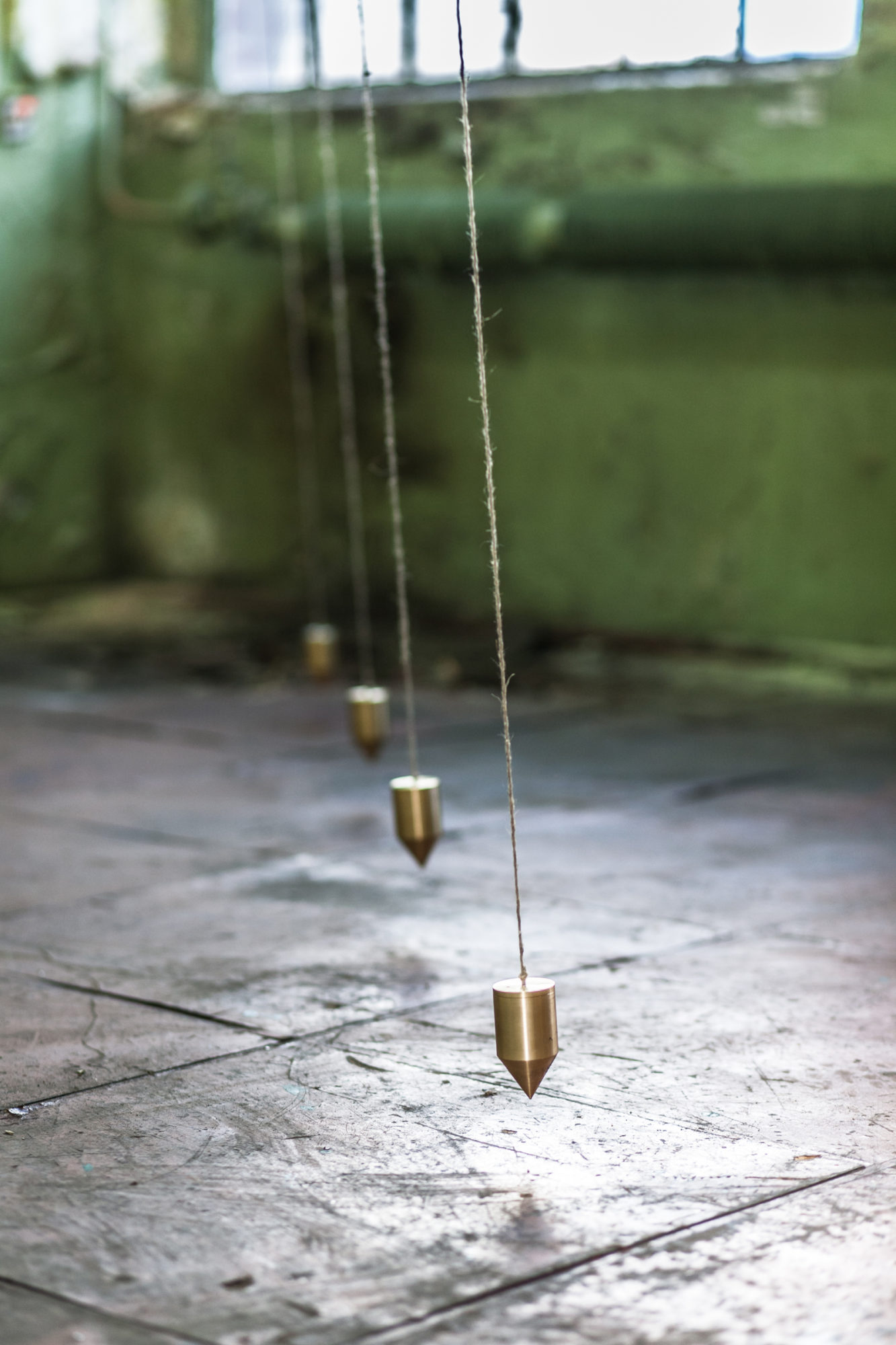 The installation, consisting of four plumb bobs placed in one of the old measuring chambers, can be a metaphor of introducing order to the reality by establishing an unchanging point of initial order. Determining the plumb line with the help of this tool was a basic action during construction of buildings, known already in the ancient times, and thanks to its use, it was possible to erect architectural constructions, the perfection of which exceeded the visual expectations and the customs.
In his installation, Moskowczenko has used the method of synchronized deviation of all plumb bobs by about 10 degrees. The shift was made with the same precision that is required in a standard establishing of the plumb line. The perfect workmanship of this installation meets here the “dirty aesthetics” of the interior. Placed in such conditions, the sequence of instruments is a comment about human negligence in the field of broadly understood aesthetics and to the results of gradual changes occurring within the most important moral principles.
Finally, the object itself, in its visual layer looking like a minutely made sculpture, ultimately breaks from its initial use. 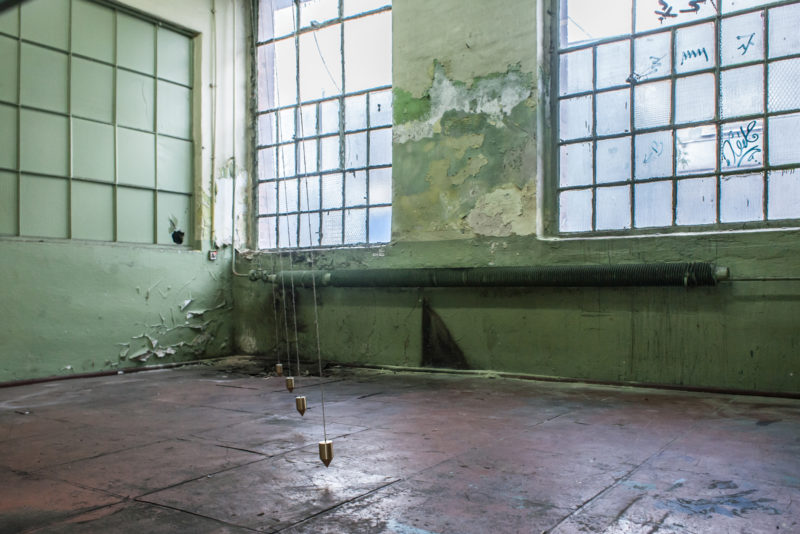