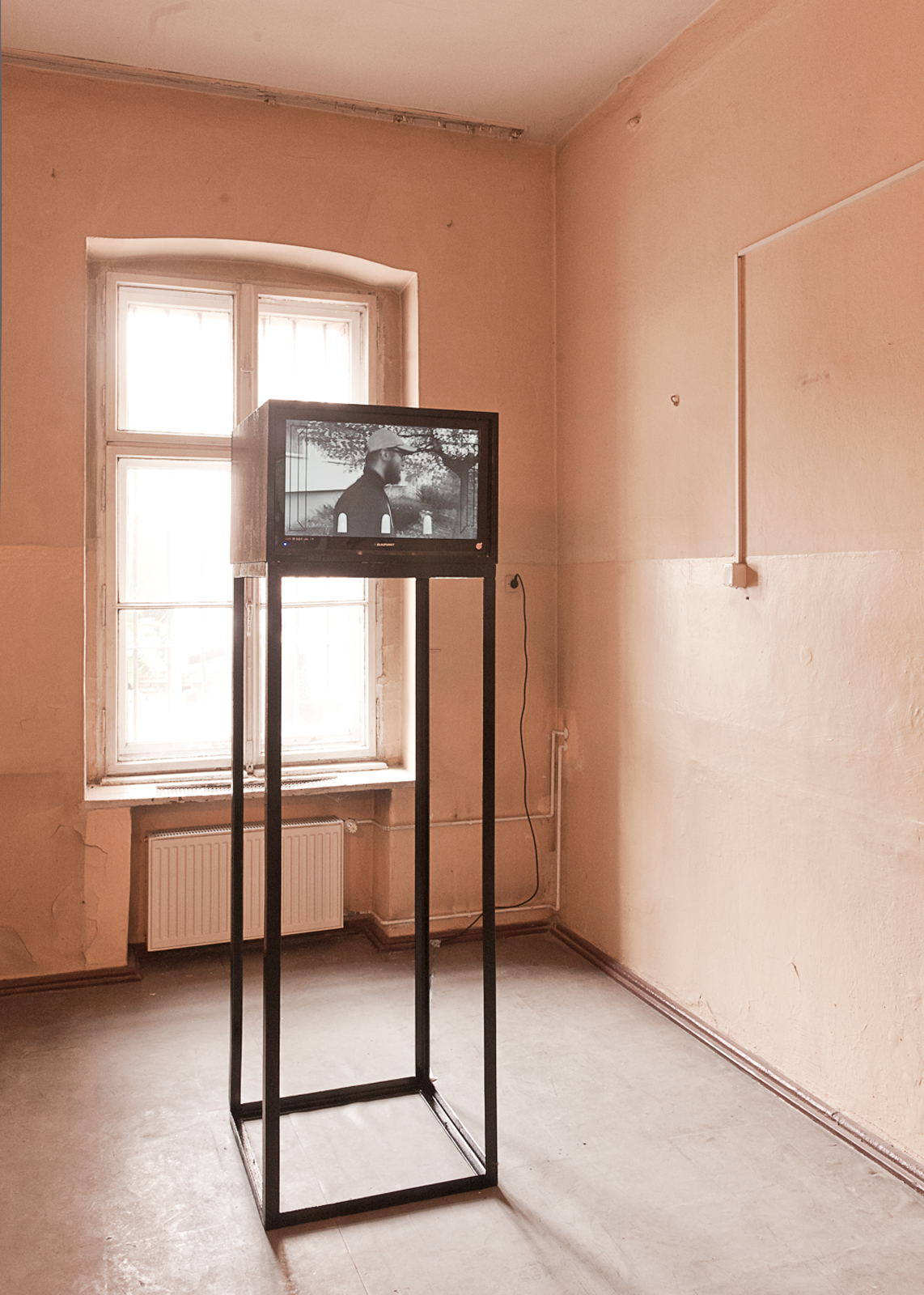 Stasiewicz’s work titled Subsequent Entrances to Find showed the artist approaching subsequent entrances in blocks of flats searching for entryphones with the same access code: 1234. Venturing across his hometown over the period of two months, he managed to find five such entrances. When he was successful, he did not enter but closed the door instead and kept on walking. Kept in the convention of a computer game, the black and white video presented a seemingly futile and boring action in a way that resembled an event at the intersection of urban and virtual realities. It also triggered associations with a CCTV footage, whose primary function is to prevent crime and improve security by recording offences and thus providing evidence in a digital form. All the entrances seemed identical in the video, and the only thing that differed them was the access code – a big city dweller’s illusion of safety that makes it possible to fend off intruders and the homeless. 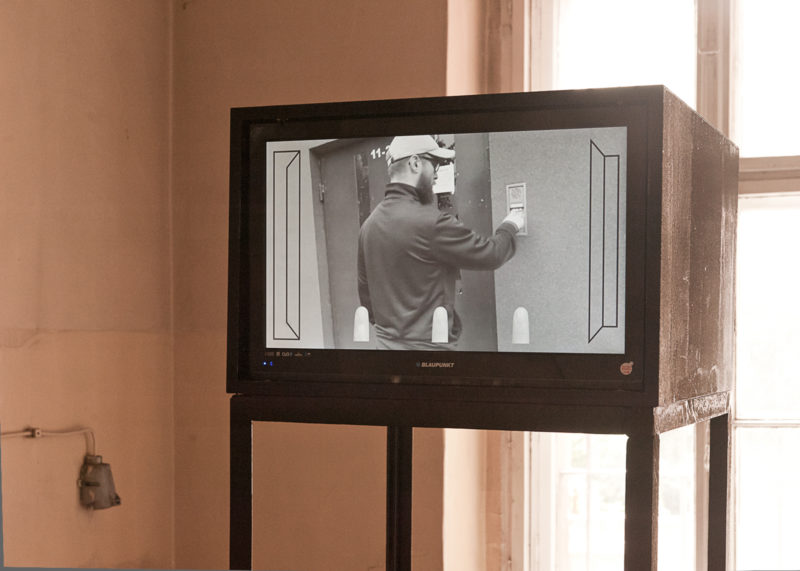 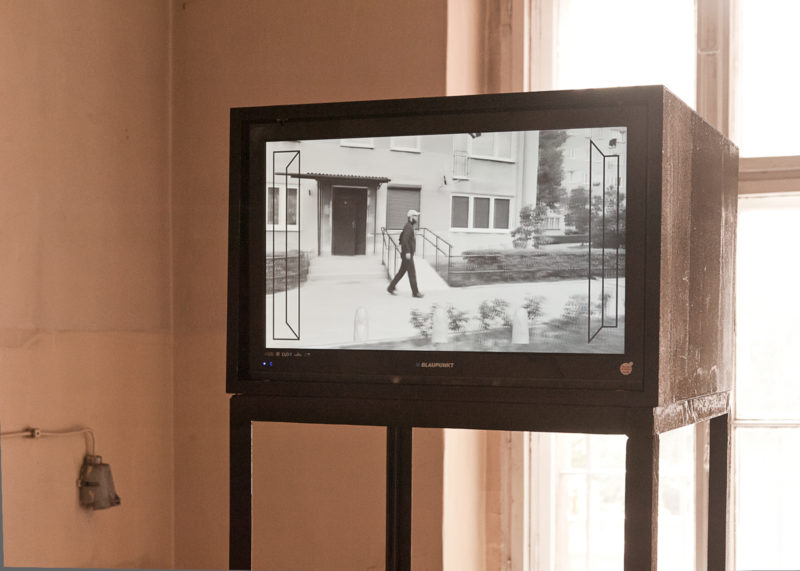