The Lootland project is described in hand-written texts, hastily scribbled banners that are supposed to inform and protect. The action is a direct reference to the way Poles used to label houses which they moved into after 1945 in today’s territory of Warmia and Mazury. Written in the Russian language, the information was intended to safeguard the inhabitants against the ravaging Angel of Death, like the blood of the Lamb of God. This time, the Angel turned into the Demon of Pillage and Rape.
The inscriptions also make a reference to the history of the barracks, which before the political transformations of 1989 used to house the ZOMO. Thus the banners in the Cyrillic alphabet refer to a dichotomy in understanding the definition of Polishness at the time of the People’s Republic of Poland. 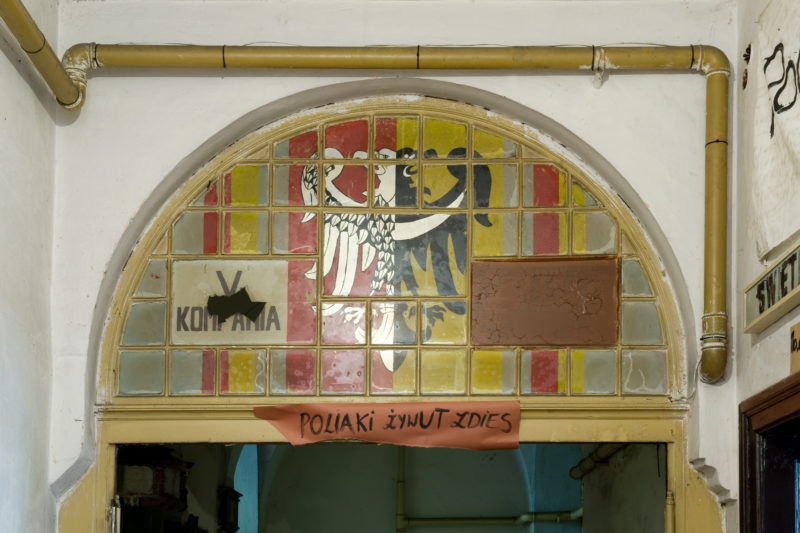 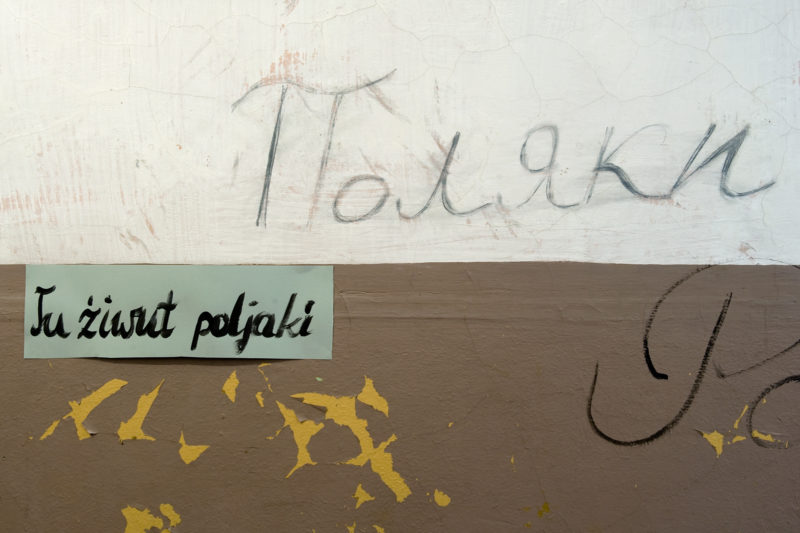 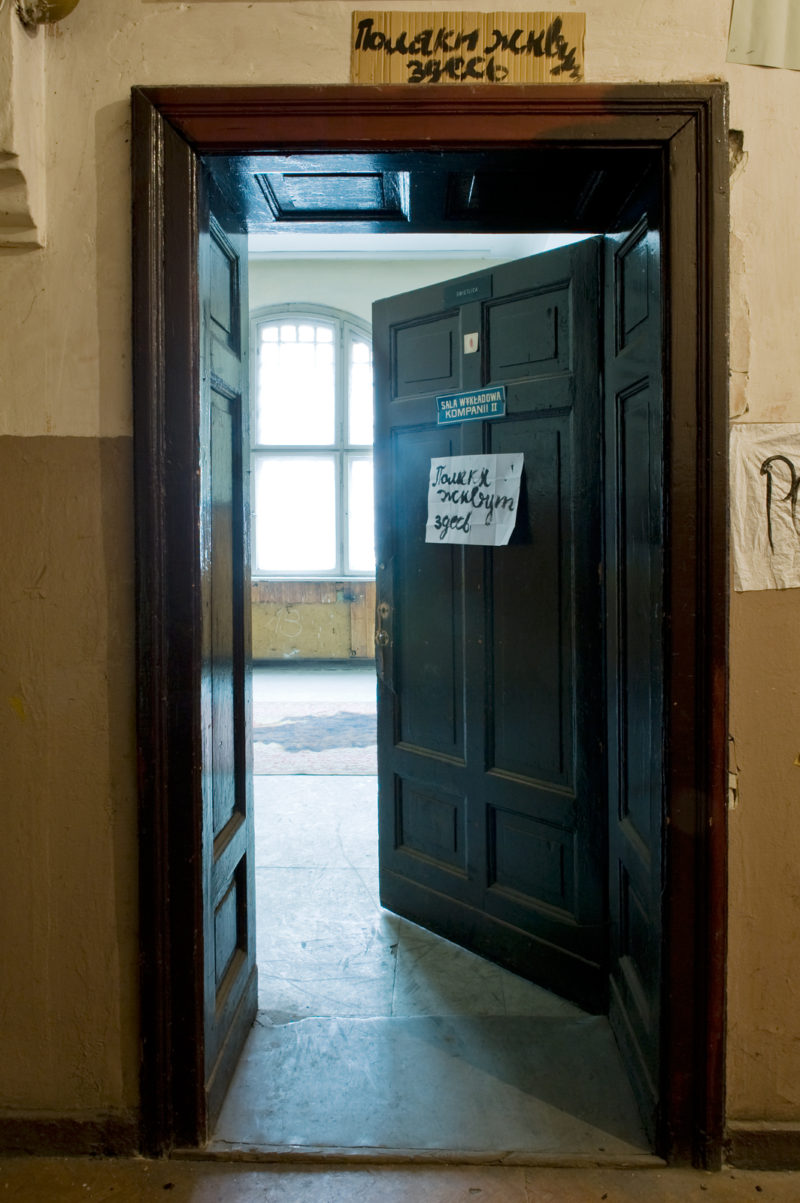 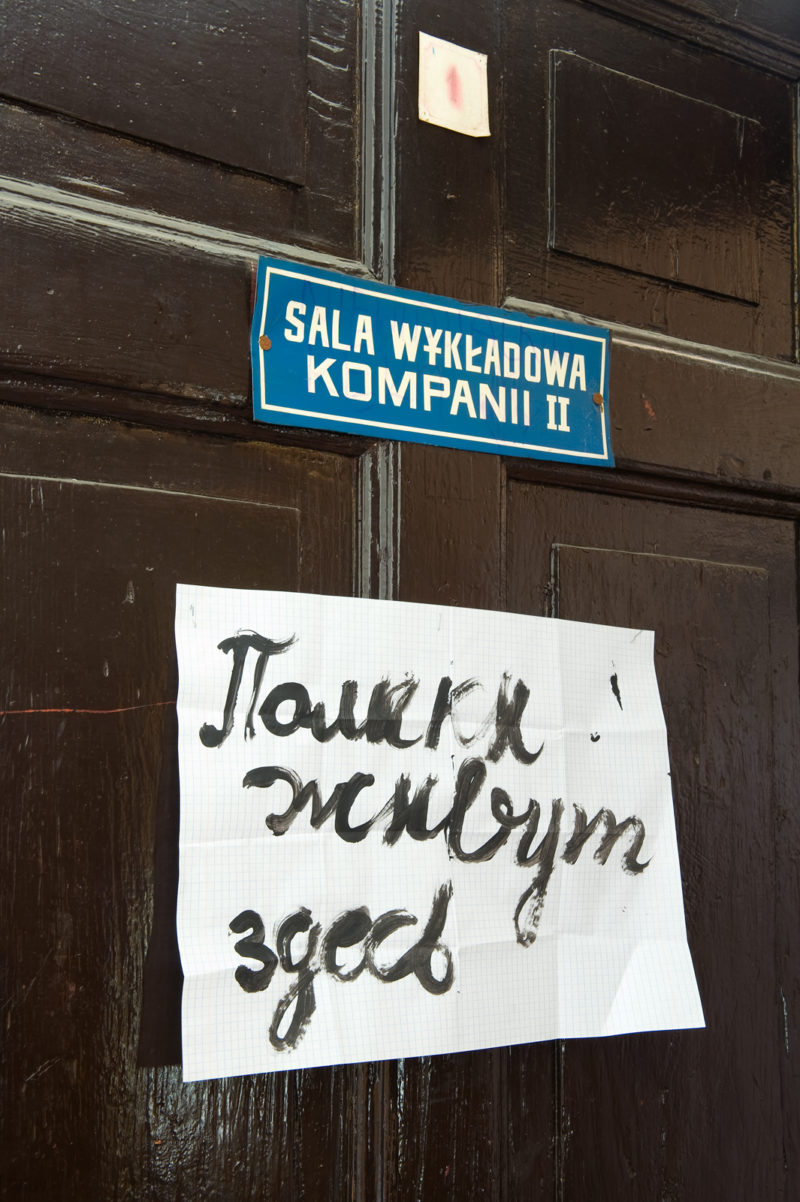