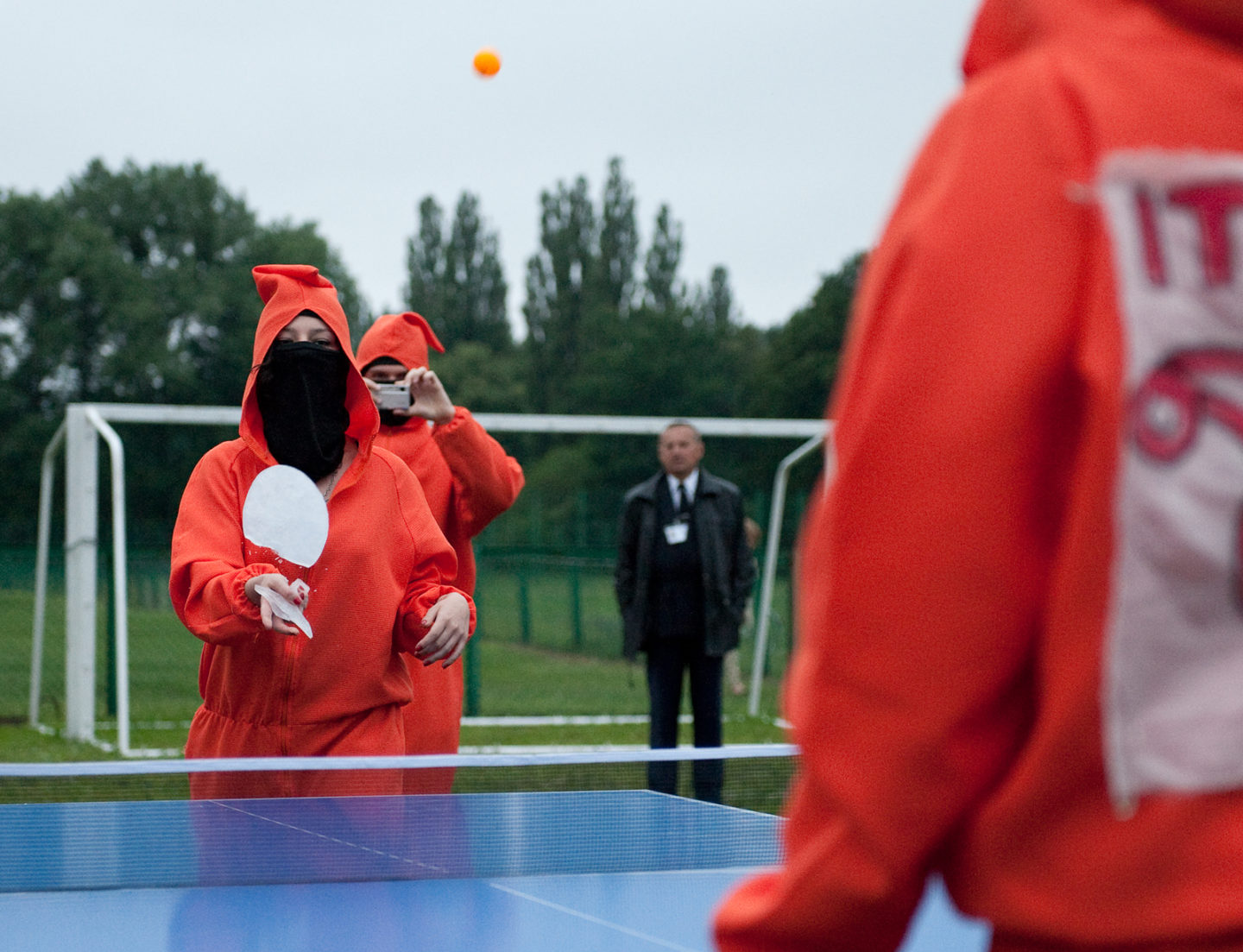 Directing the performance was handed over to the curators of the Review. No matter what script they came up with, The Krasnals were to accept it without reservations and carry it out in front of the audience of SURVIVAL. The title ‘brown-nose’s’ job was therefore to do whatever was required from them without faltering. The leitmotif of the performance was based on one of the curator’s dream – probably in response to unsuccessful attempts to prepare the script during regular meetings and consultations. A table tennis match, played with rackets made from ice, posed no difficulties for The Krasnals. The cold and fragile objects fell apart and melted surprisingly fast. 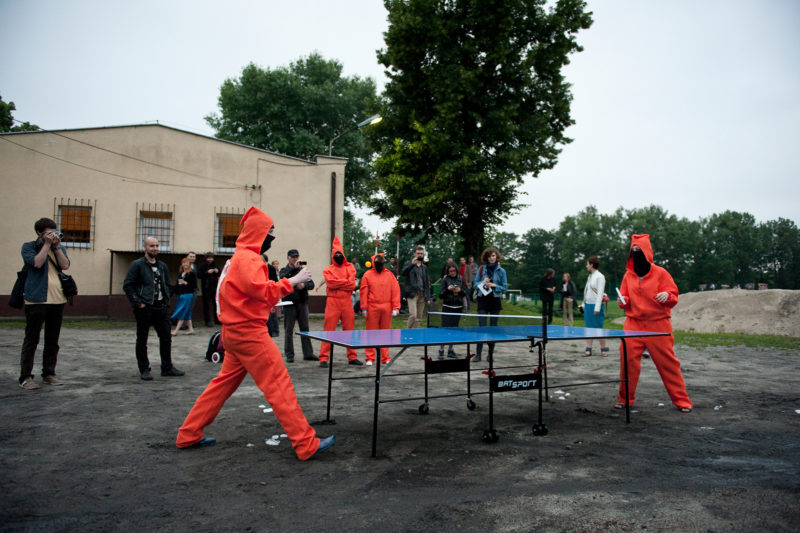 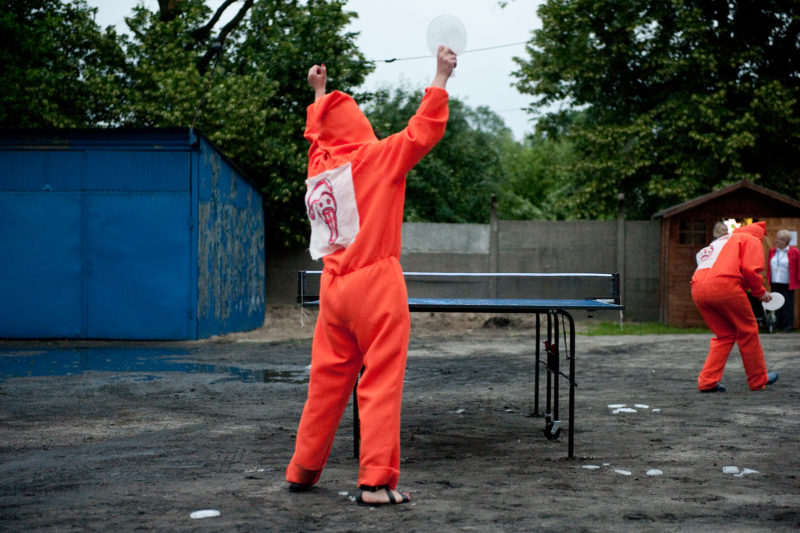 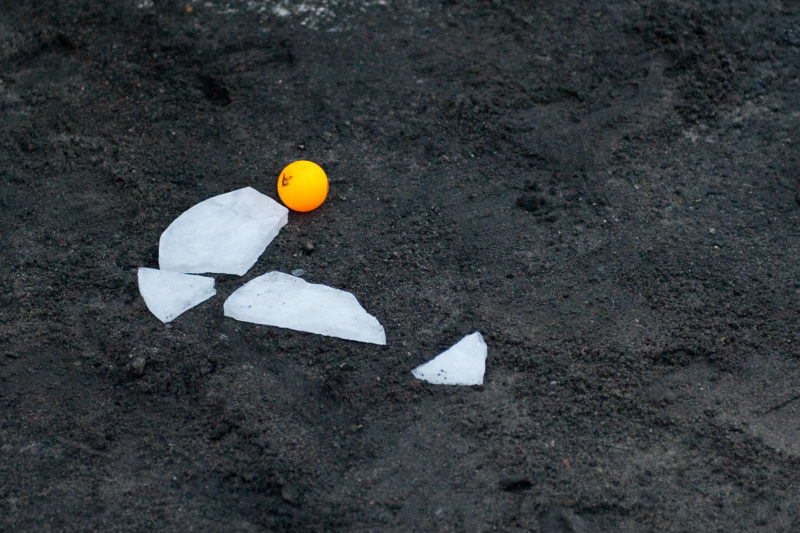