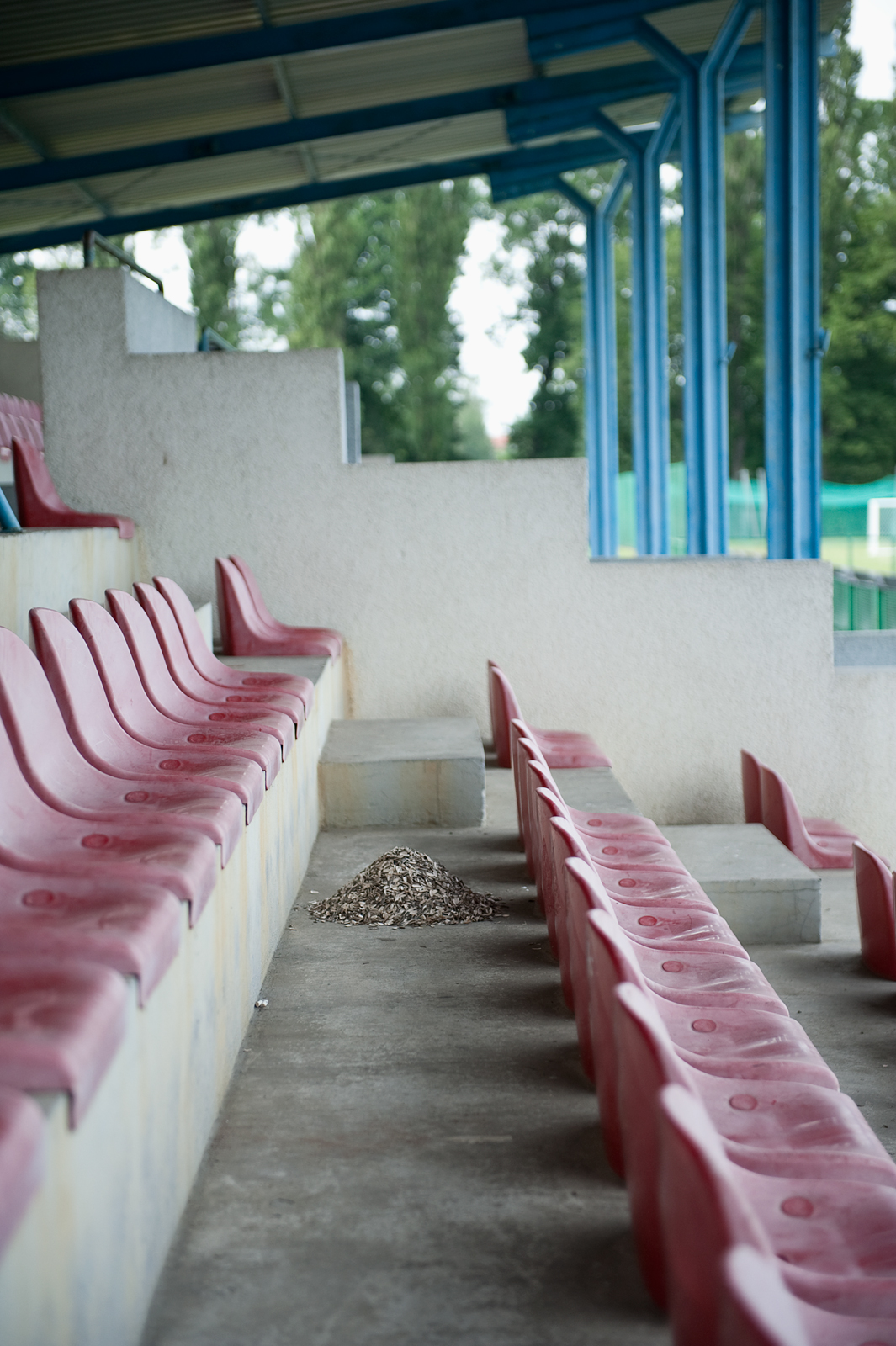 Dominika Łabądź’s work referred to the habit of hulling sunflower seeds by football fans, especially during lower league matches. The custom has become so widespread that for some time it has been possible to buy various ‘fan’ versions of the product: ‘WKS Śląsk Sunflower Seeds’, ‘ 2012 Fan’s XXL Roasted Sunflower Seeds’ etc. Undoubtedly, the connection between the activity of hulling the seeds and unproductivity and boredom brings an interesting dimension to football culture. Another aspect worth noticing is the contemplative as well as (stereotypically defined) ‘female’ character of hulling – in contrast to the ‘male’ rhetoric of activeness, competition, victory, which characterizes football. 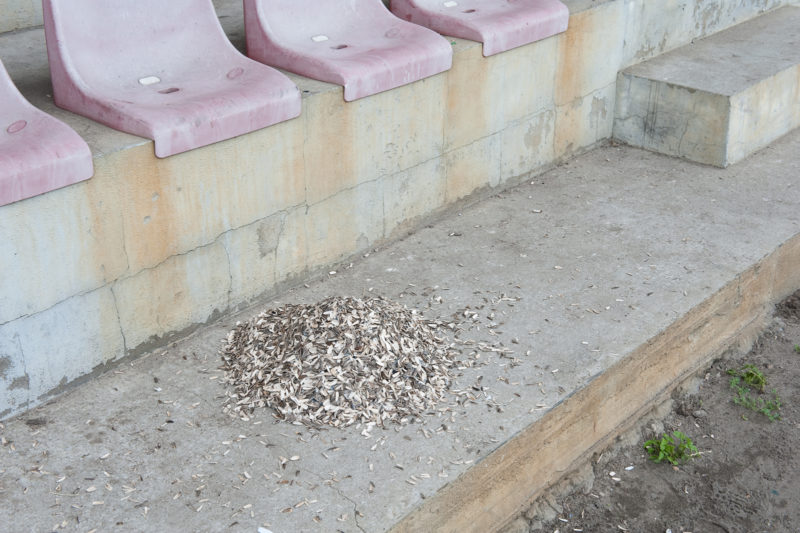 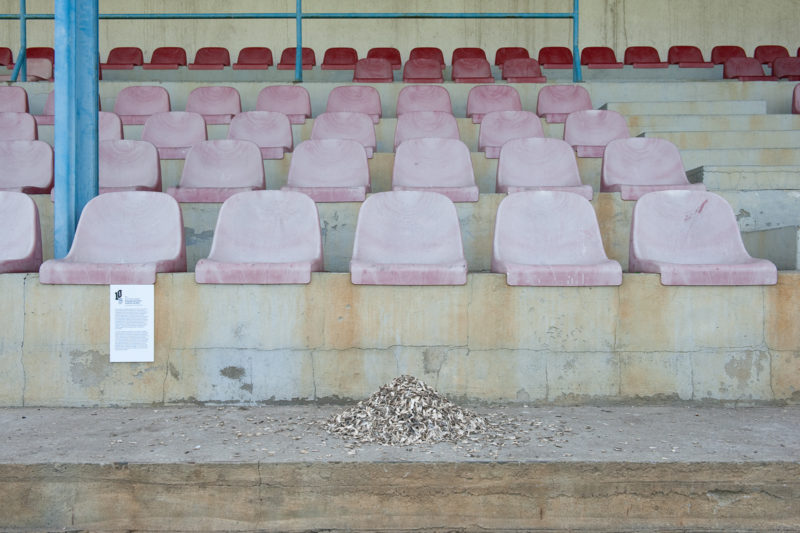 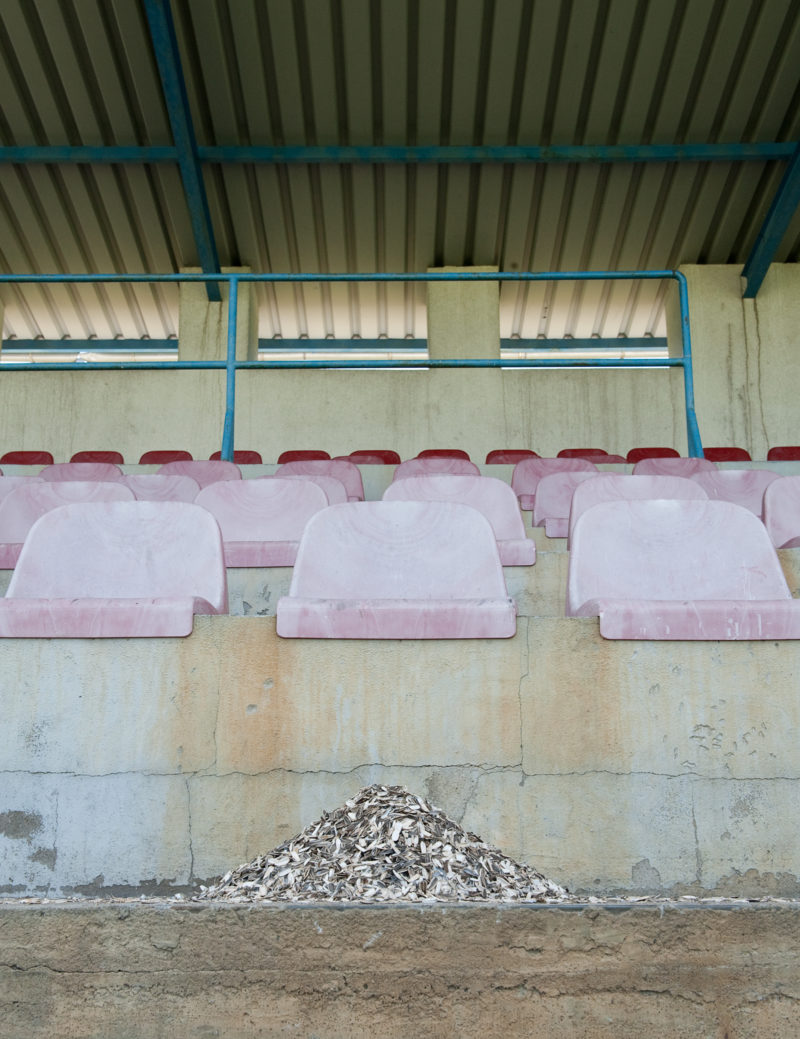 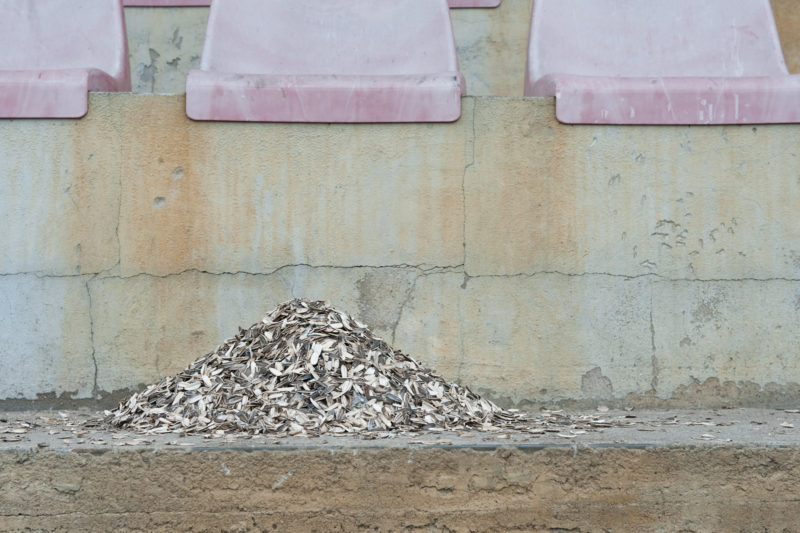