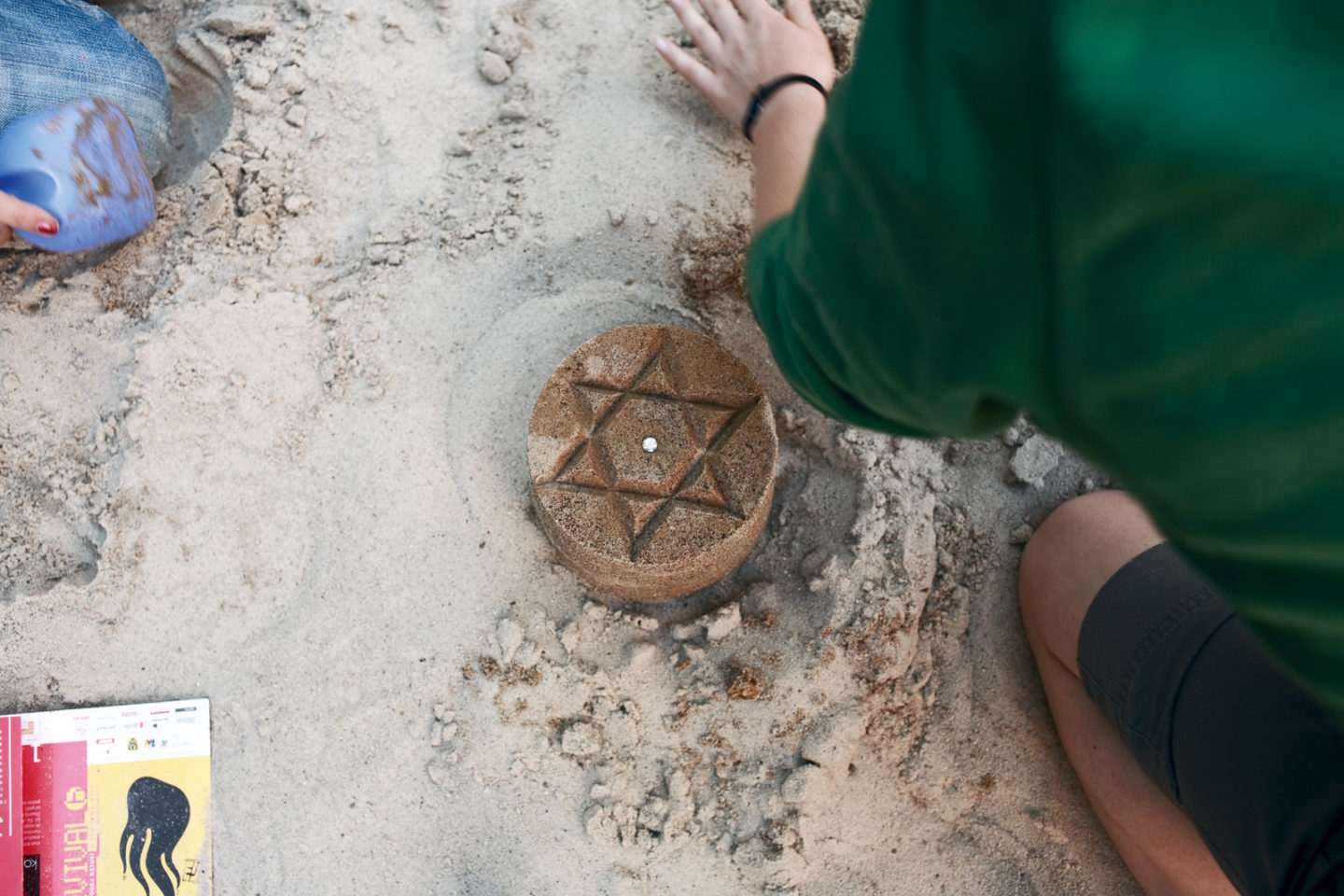 [yard with the sandpit in Włodkowica Street]

The work presented within the SURVIVAL review was a suplement to the educational programme ‘Kids’, which was carried out in the Four Temples District, known also as the District of Tolerance. The idea of the programme was to organise joint activities for children from different communities. The children visited their neighbours to find out about their traditions and religions. The work was aimed at the youngest citizens, according to the rule ‘as the twig is bent, so grows the tree’. I used the sandpit as the first place of marking one’s own territory in the city space and living space in general. I also hoped that the sand figures would make up, intentionally or not, interesting systems or arrangements. These arrangements could change radically the message of the work. Obviously, the parents looking after their children played a crucial role in the installation. 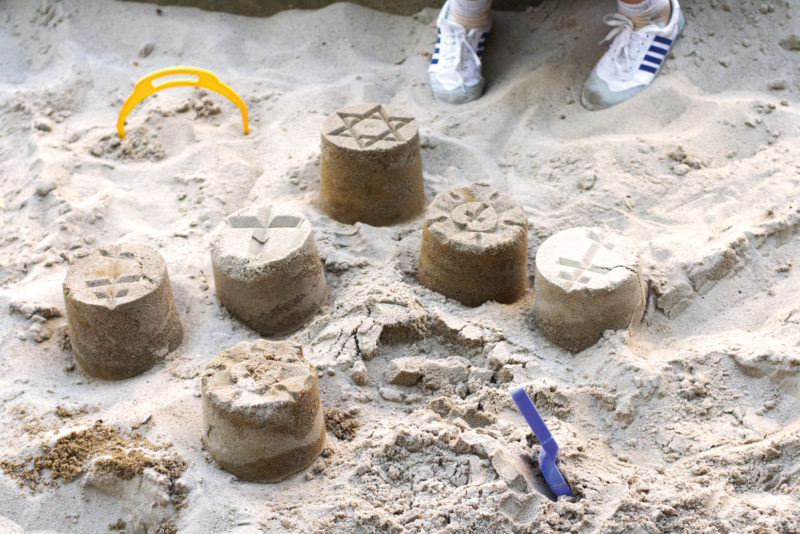 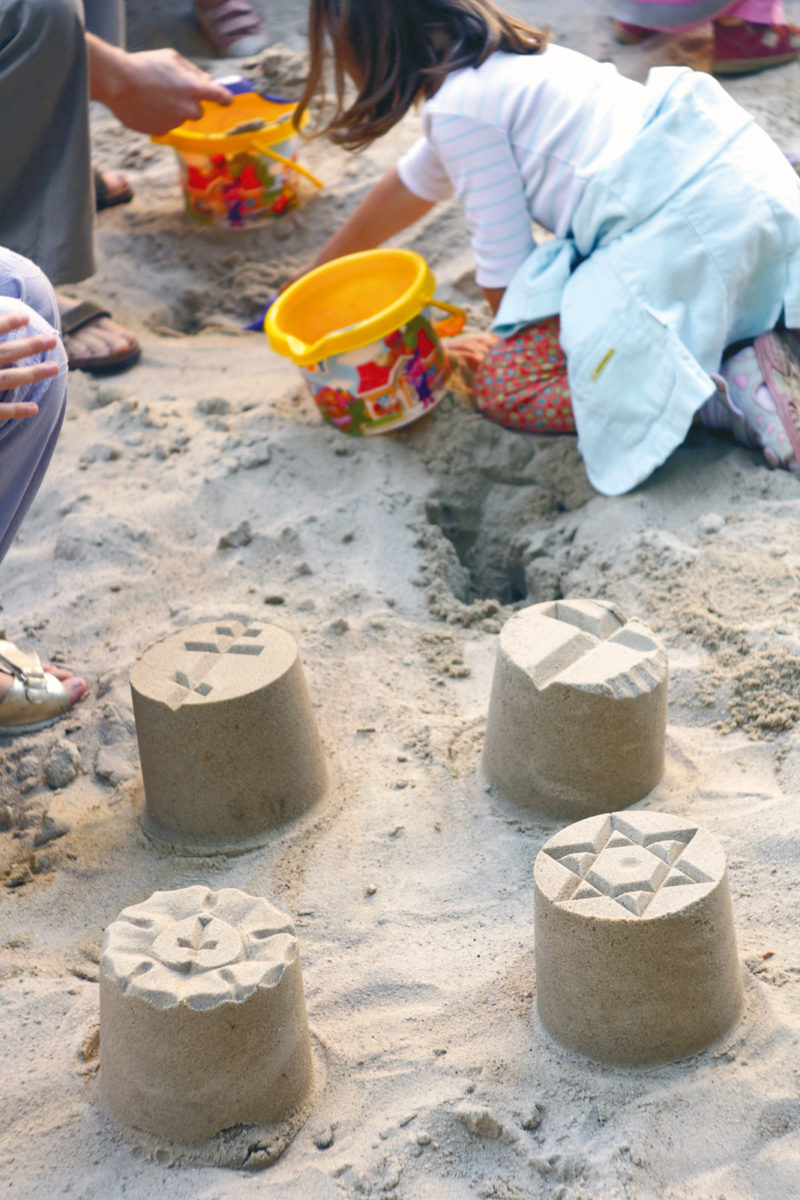 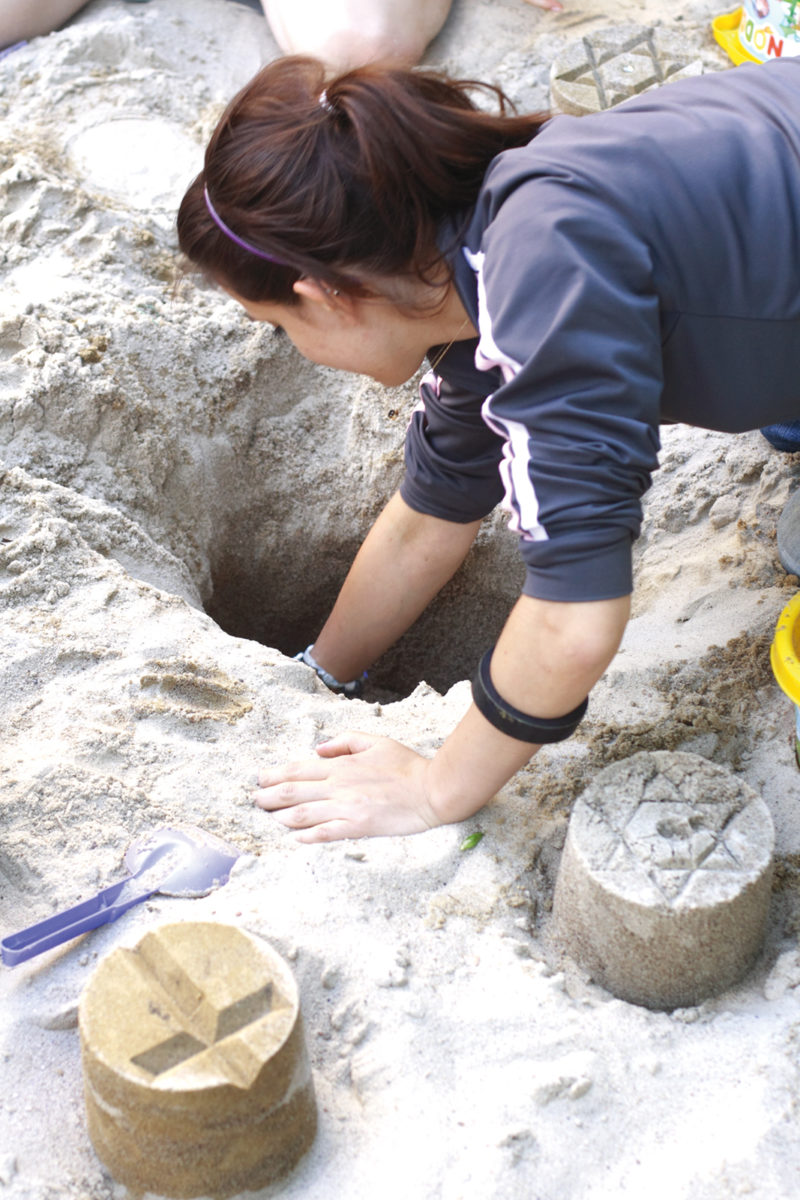 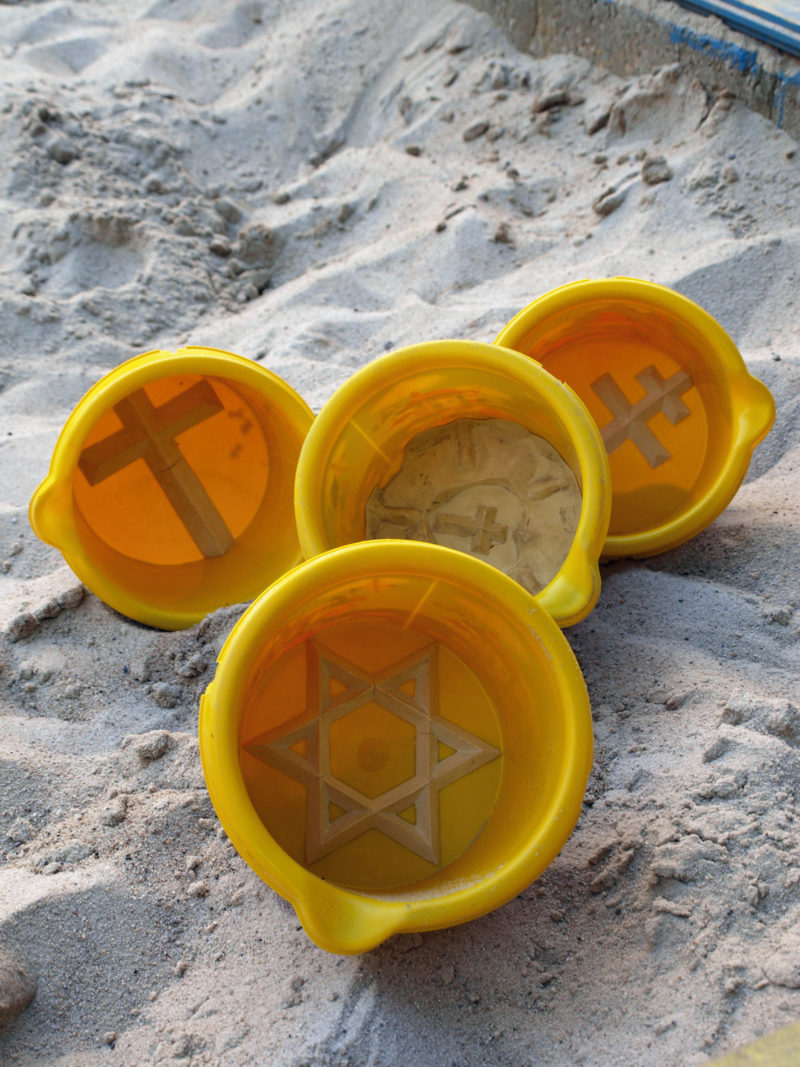 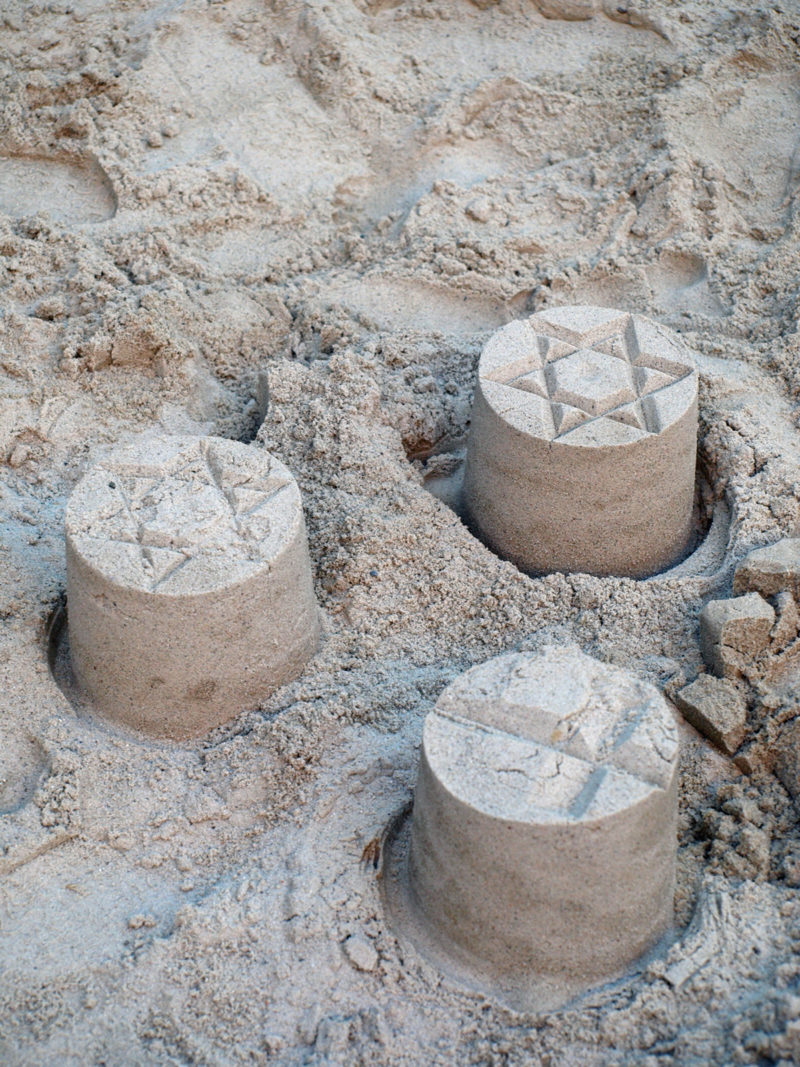 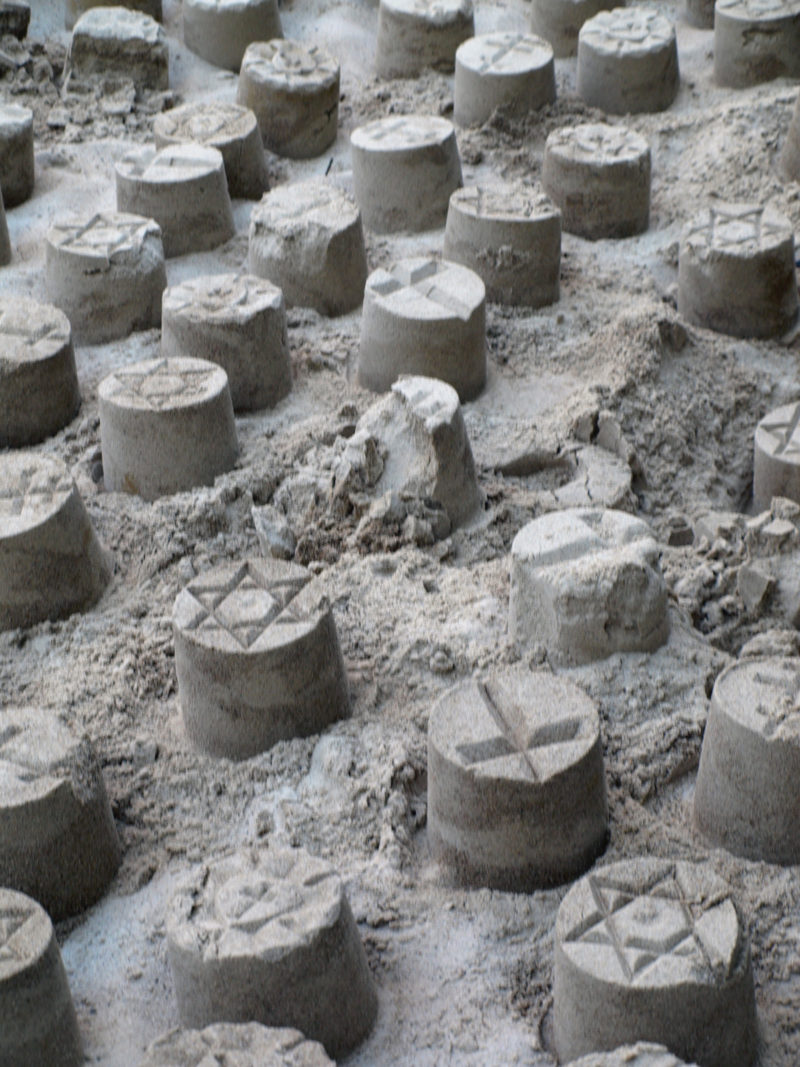 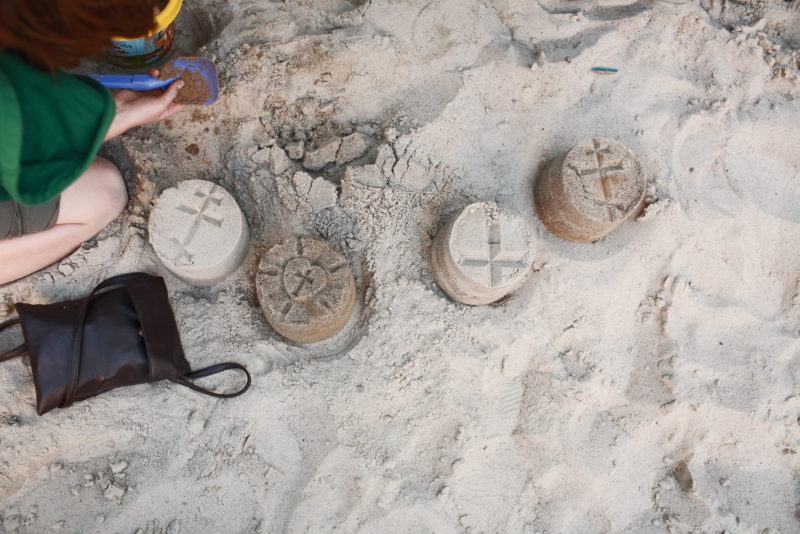 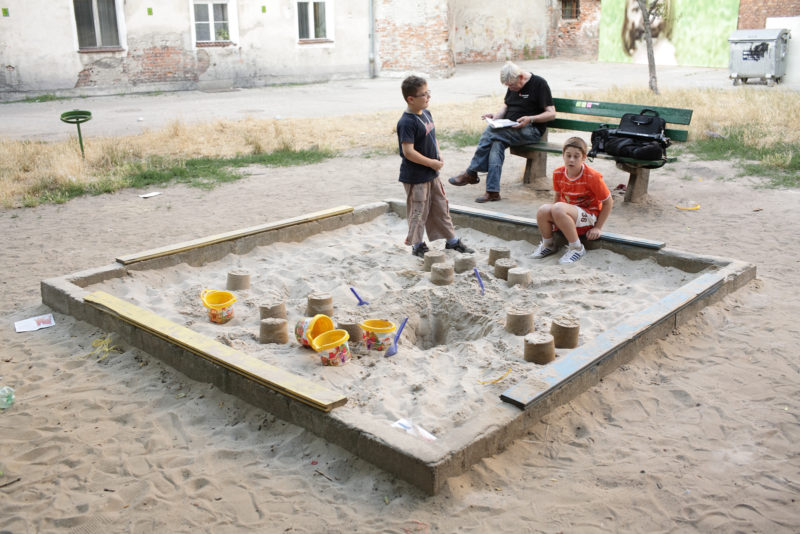 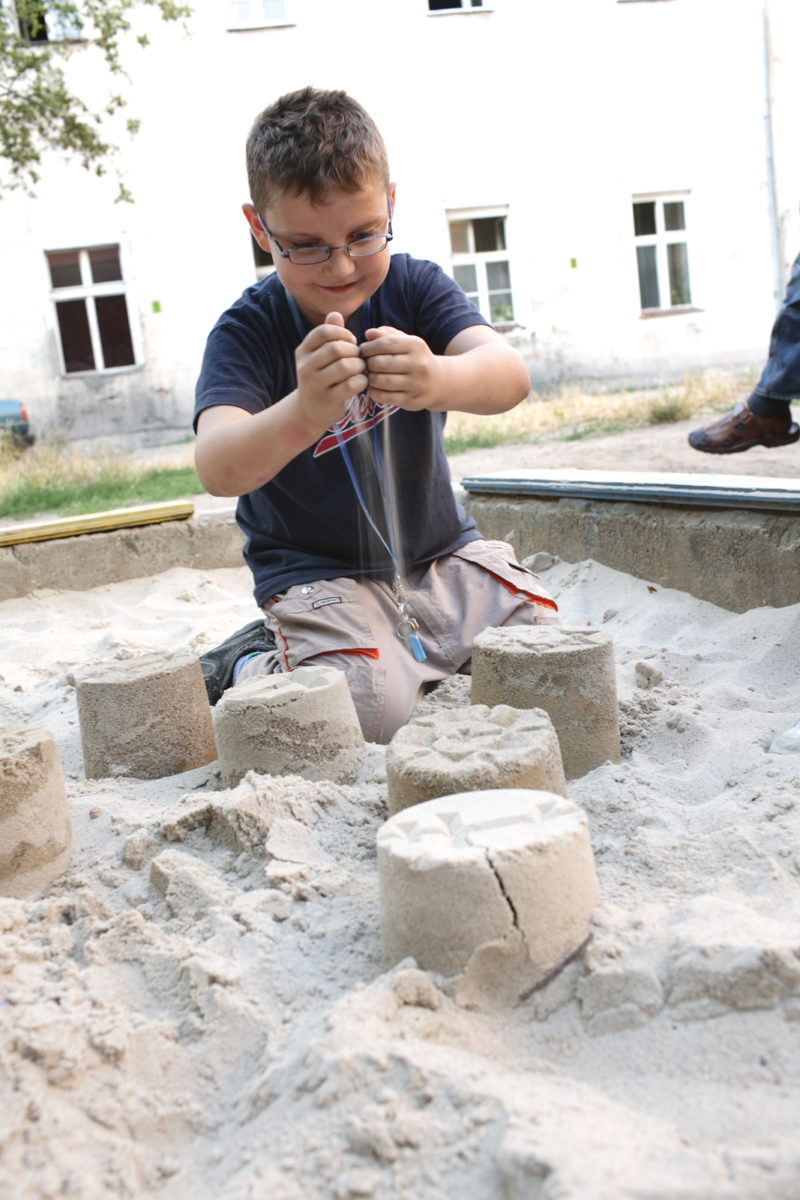