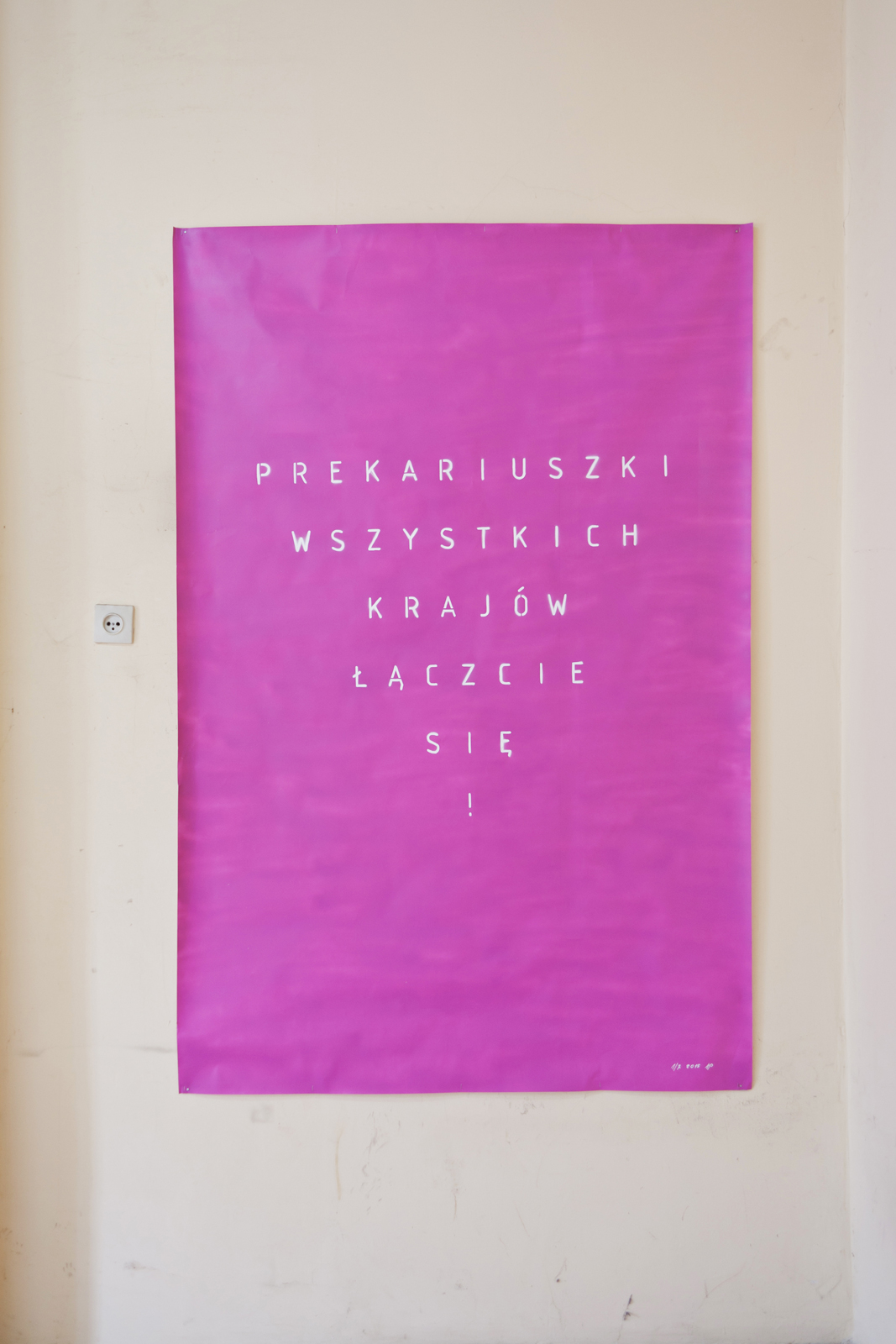 The Polish word “prekariat” is a neologism formed by blending the words “precarious” and “proletariat”. This term is used increasingly often in the public debate. Working on the basis of the so-called junk contracts, and the resulting instability and uncertainty, is a problem that affects many Poles, not only those in the art industry.
Known for her urban guerilla actions, Aleka Polis in her newest project declares herself to be a representative of precarious workers and carries out a one-day action in Warsaw, where she illegally pastes posters reading “Precarious Workers of the World, Unite!”, thus making a reference to Karl Marx and Friedrich Engels’ famous call from The Communist Manifesto. Can unification of the precarious workers solve their problem of excessively “flexible” forms of employment? Yet again, a crucial question emerges here: is socially engaged art capable of exerting effective influence on reality? 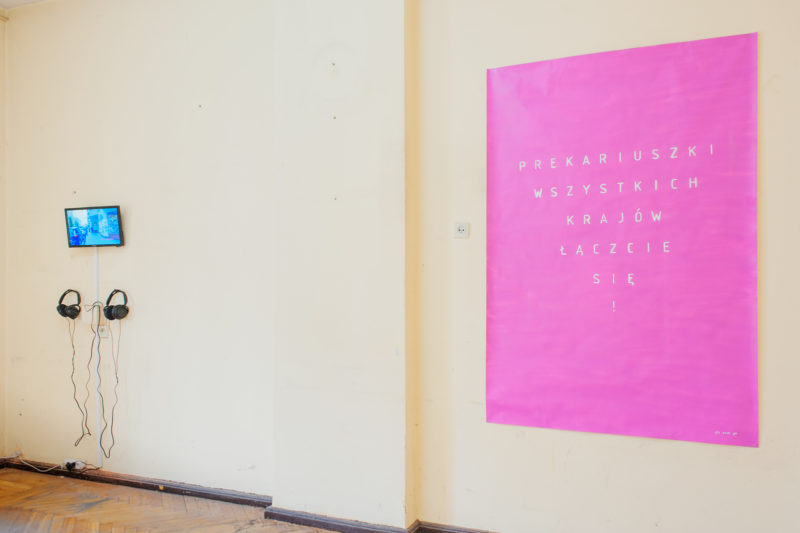