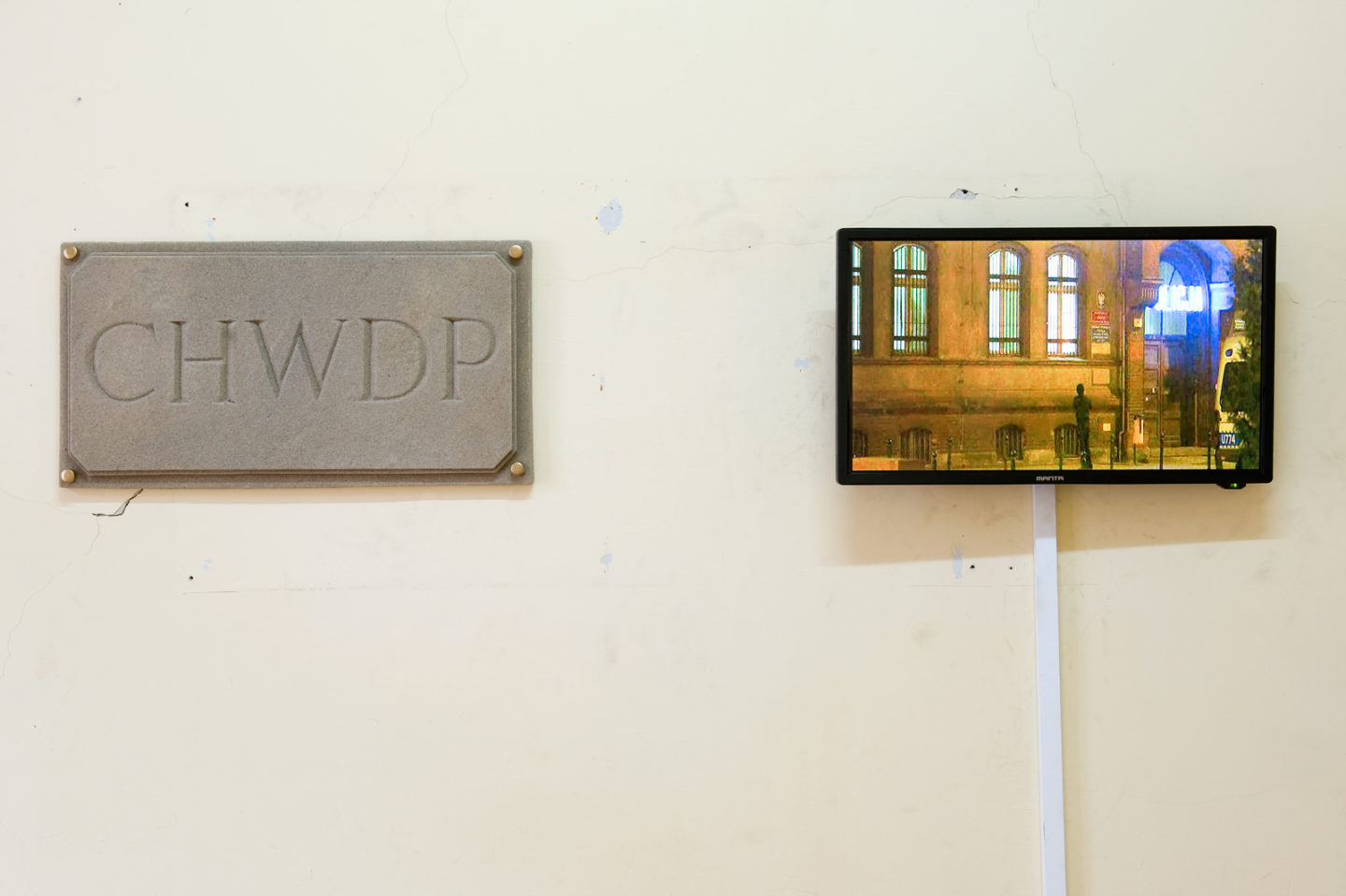 The film titled Present shows Jerzy Kosałka, a well-known artist from Wrocław, mounting a plate resembling a commemorative sandstone plaque on the front wall of a police station in Poznań.
However, Kosałka’s plate contains carved letters CHWDP – a vulgar acronym that is often spray-painted on city walls by hooligans and translates roughly as “all cops are bastards.” Should the action be therefore classified as an ordinary act of vandalism? Or does the stately form authorise the artist to present such contents on the facade of a building belonging to the state? 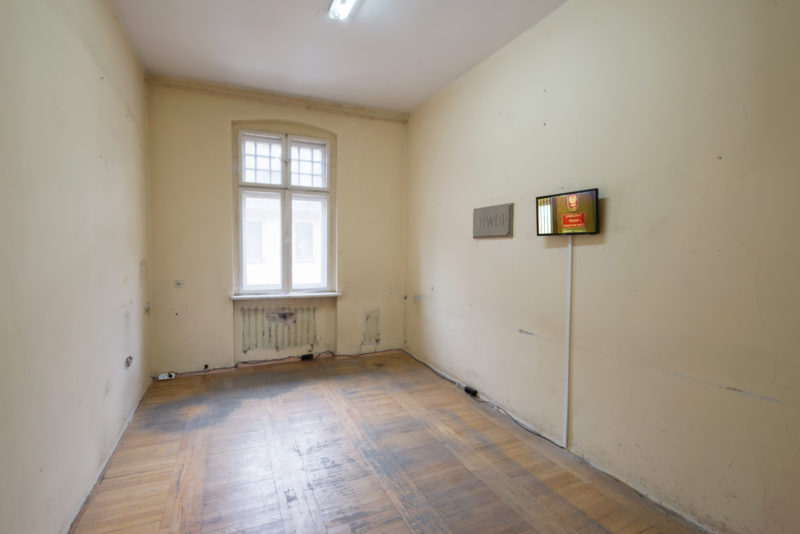 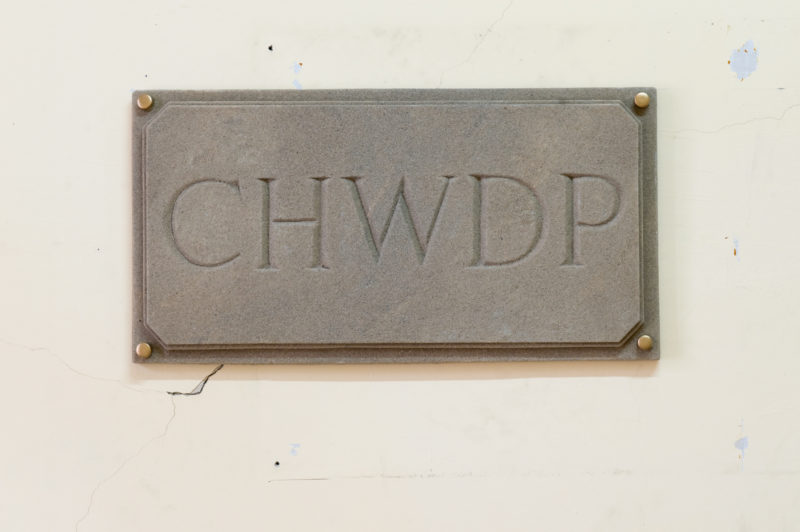 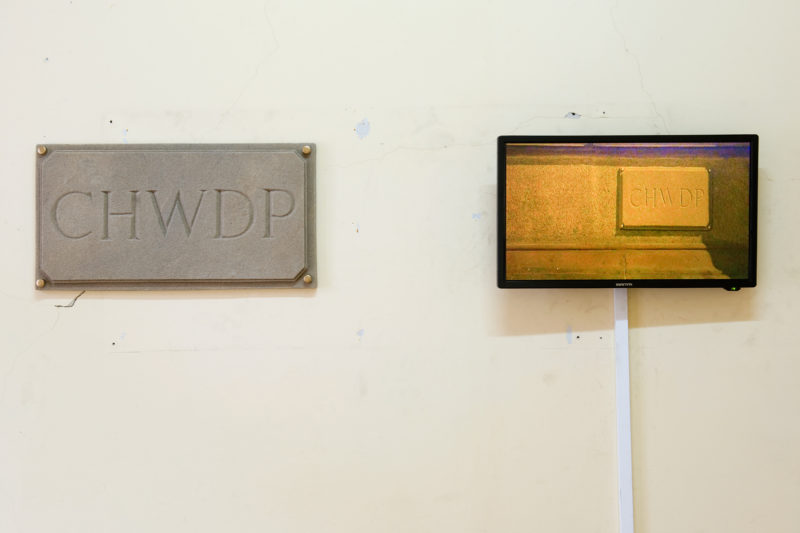 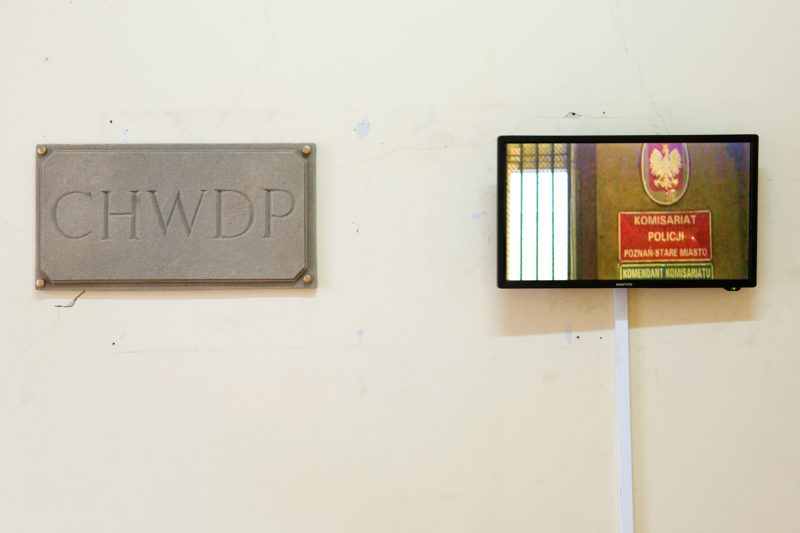