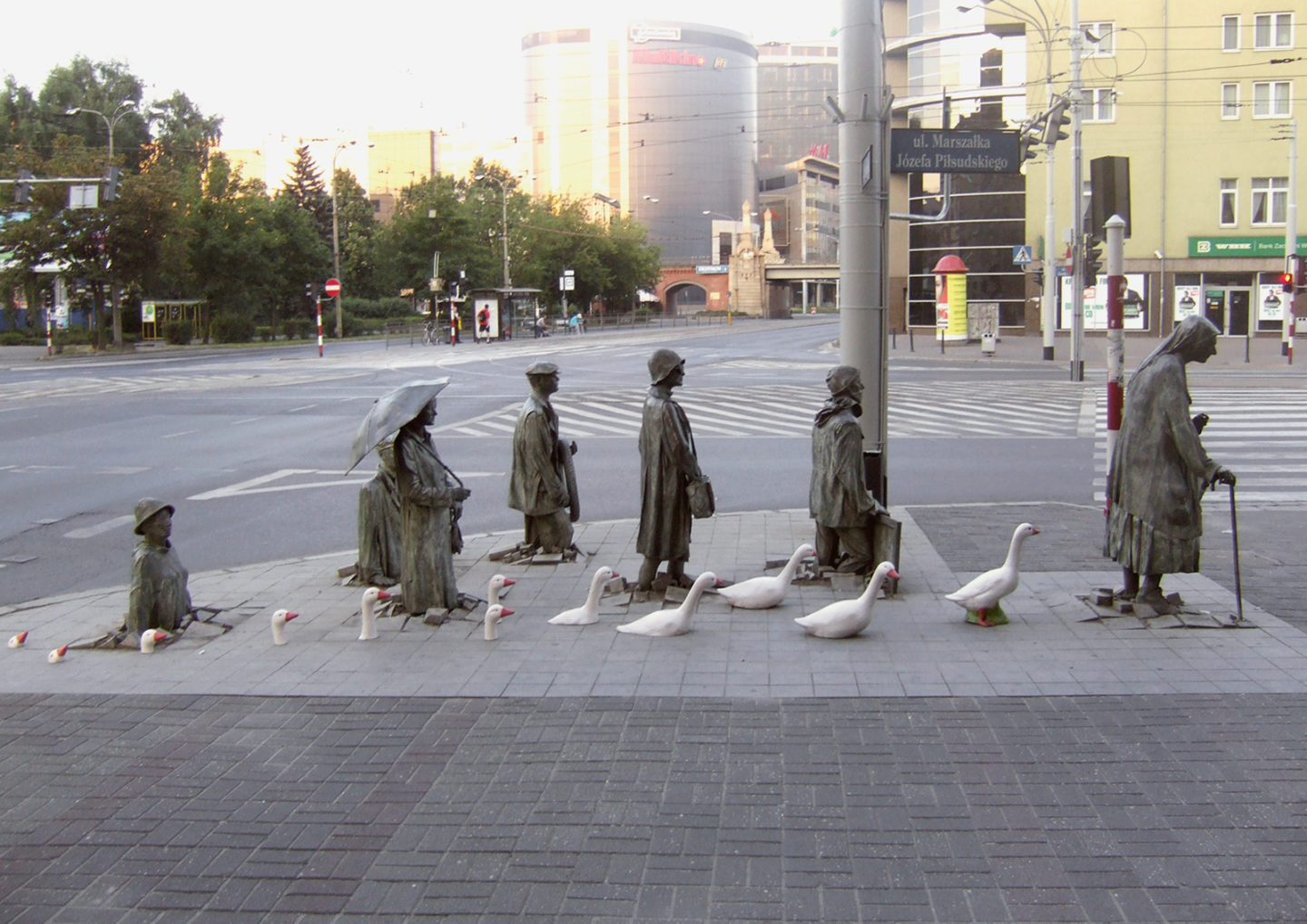 Looks like nothing out of the ordinary, except for the fact that the geese are sinking into the ground – each one a little deeper than the one in front of it – only to emerge on the other side of the path which they are crossing. Jerzy Kosałka’s Passage was a pastiche of Michał Potocki’s sculpture under the same title, which can be seen at the crossroads of ul. Świdnicka and ul. Piłsudskiego in Wrocław. It was a very political artwork (despite the author’s intentions, who highlighted on several occasions that he had made an apolitical work) because, first of all, it posed the question of who has the right to decide what should be put in public space and how it should be used, and secondly – because the work itself became a reason for difficult negotiations about this right. The artist, out of concern for the safety of the geese – which had become object of vivid interest of children playing nearby – decided to put a fence around them. This seemingly unimportant act caused considerable difficulty for people who wanted to use the narrow path across the lawn where the work was put. The artist spent the next few days trying to stop passers-by, or children playing, from crossing the makeshift fence – not always successfully. 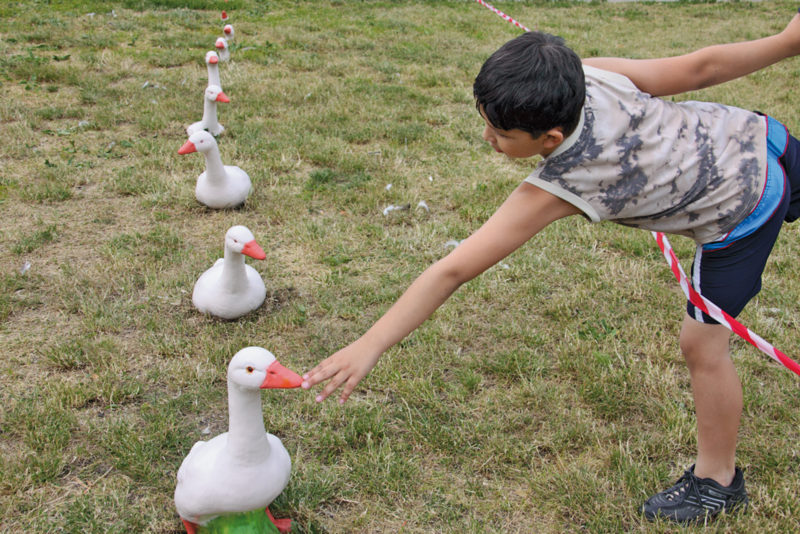 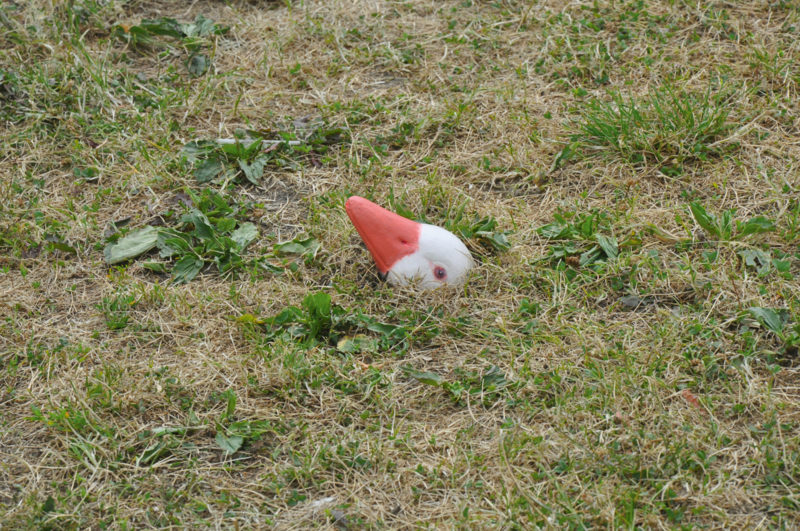 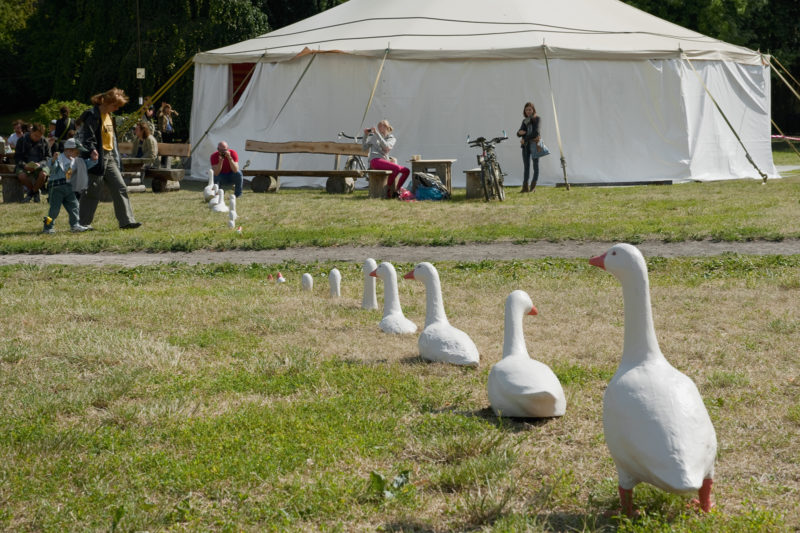