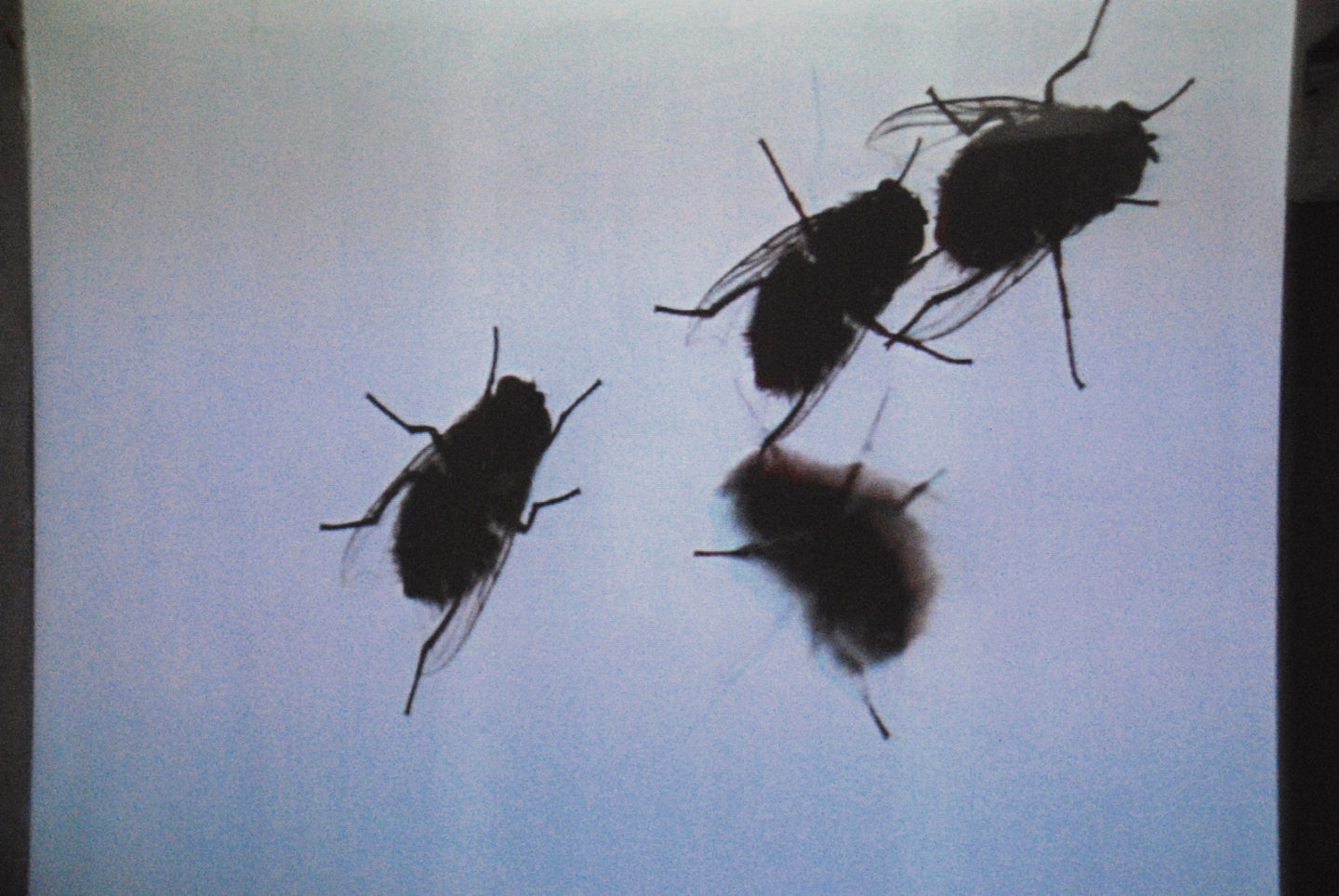 The installation consisted of two parts and referred to the state of obsession. The overscaled image of a swarm of flies provoked thoughts about the nature of uncontrollable phobias. The image was shown on a monumental wall of a dead-end corridor inside the bunker and definitely ruled out any possibility of passing through, whereas the swarming insects intensified a feeling of being trapped. The insects’ energy focused on penetrating the surface of the wall and their persistent buzz triggered an immedi­ate willingness to run away. In a distant part of the same corridor, the second part of the installation was placed – a cramped and dark room was filled with the sound of a buzzing swarm. Finding oneself in this room suddenly evoked the image seen shortly before. At that time the meaning of the work was revealed: referring to the inabil­ity to fully fend off unpleasant experiences, pondering the thought of escaping from the knowledge of oneself, strug­gling constantly with one’s weaknesses.