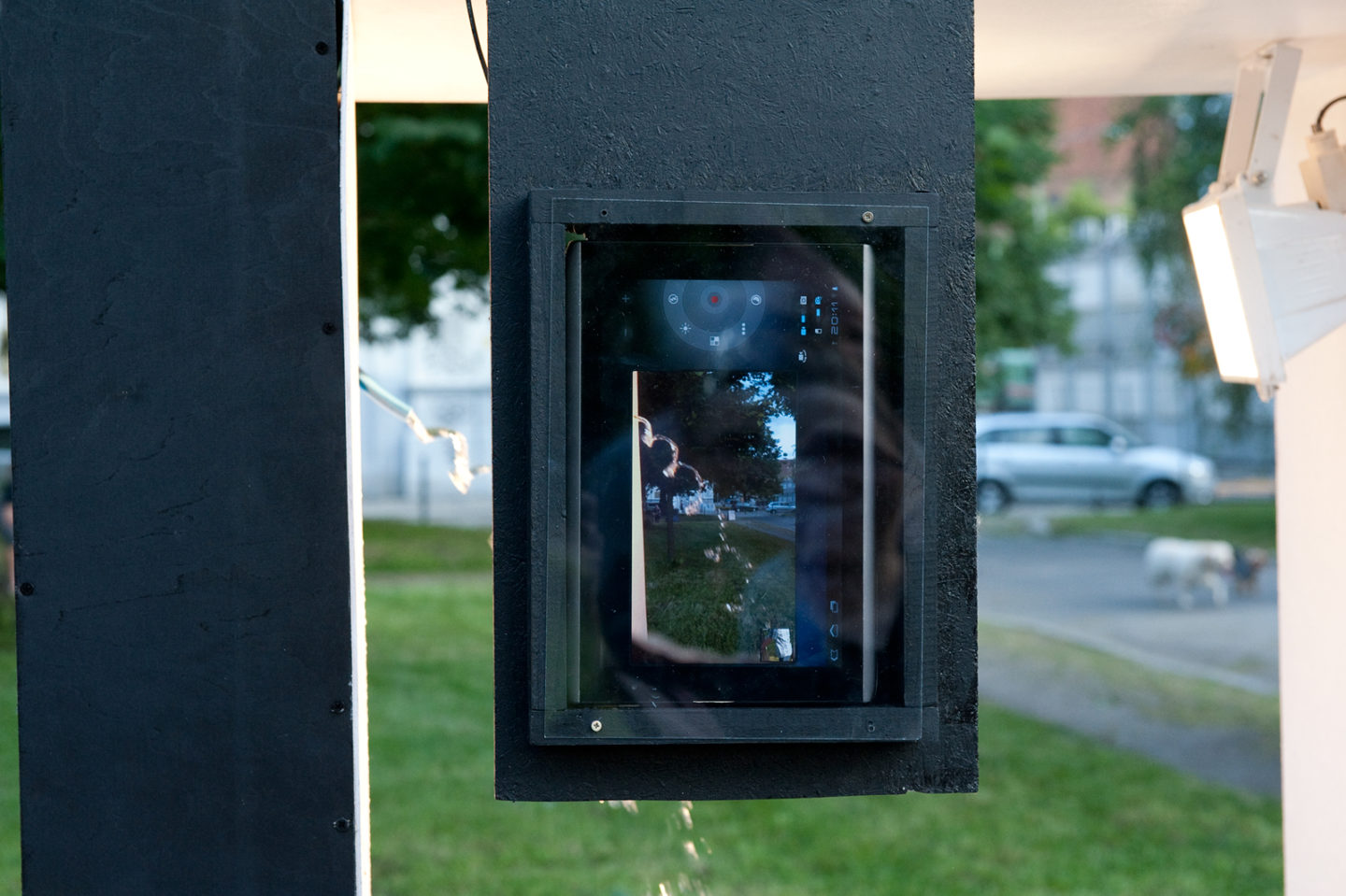 Luiza Zimerman’s work under the title Vibrating Waves was one of several variations on the city fountain showed during this year’s Review. The artist, aided by students from Wrocław University of Technology, assembled a fountain jet in which the water flux was set into oscillation by sound waves. A small monitor mounted in front of the water flux showed images in real time, which differed significantly from the perceived image. The influence of sound waves on water was invisible to the naked eye and could only be seen by a camera recording the image at 24 frames per second. The artist succeeded in capturing the ephemeral character of ‘aquatic’ phenomena, making the viewers aware of the limited human possibilities of perceiving the reality that surrounds us. 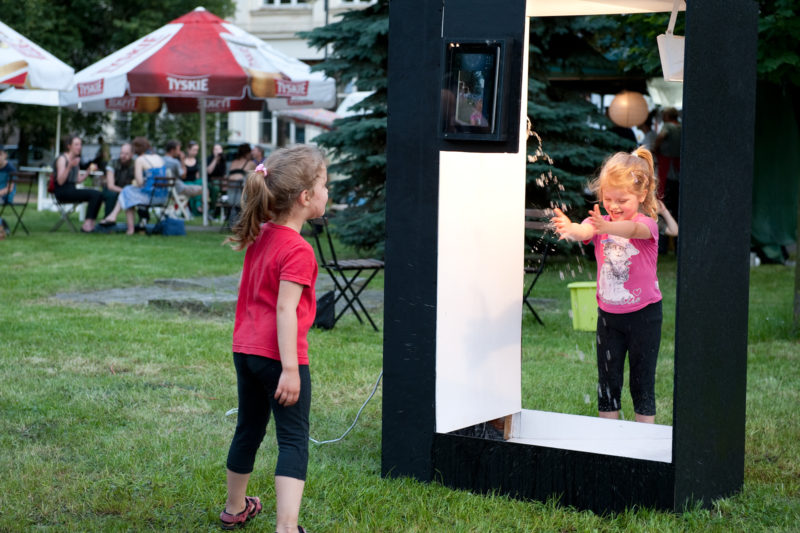 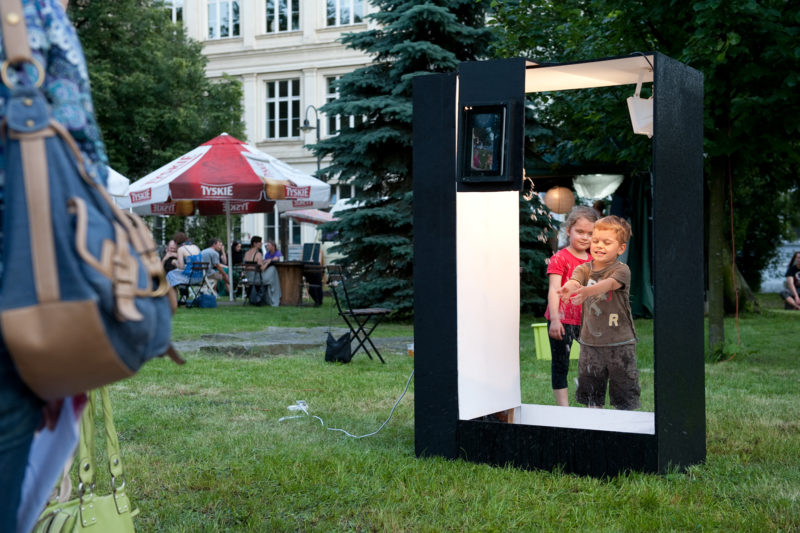 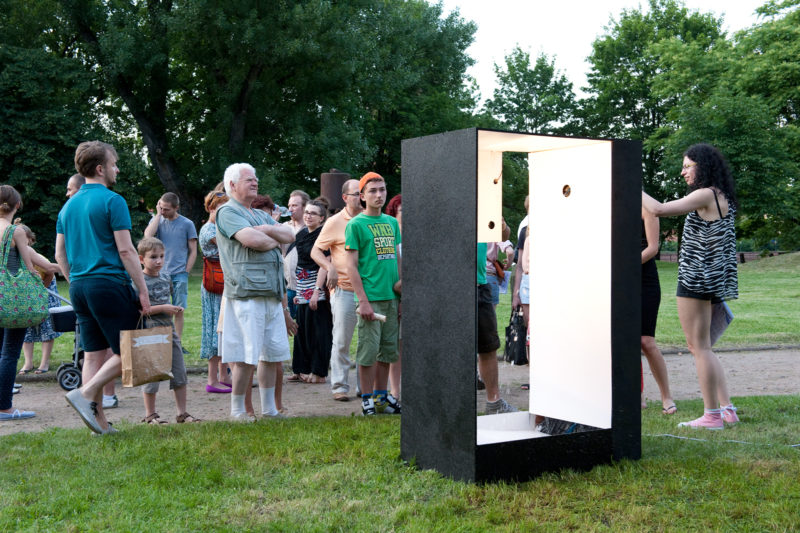 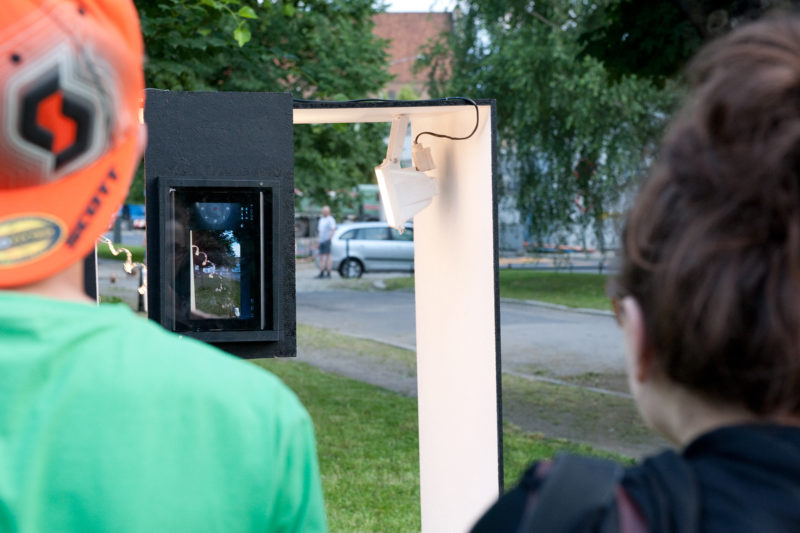 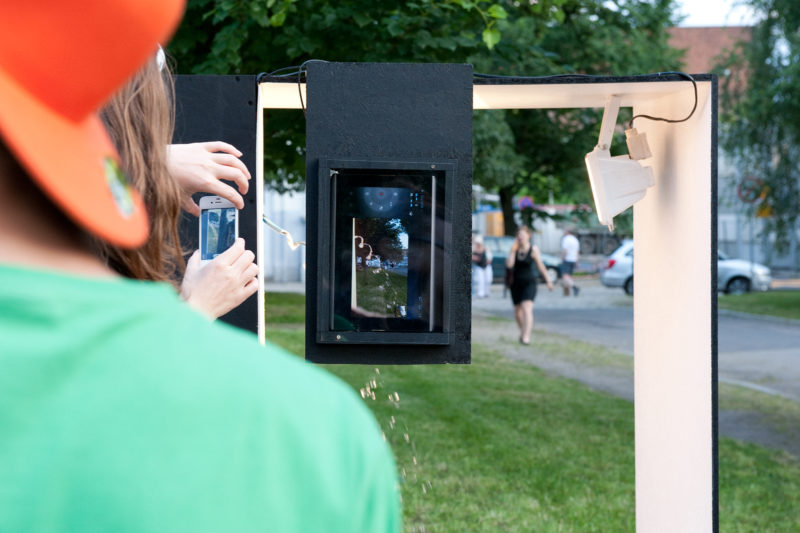 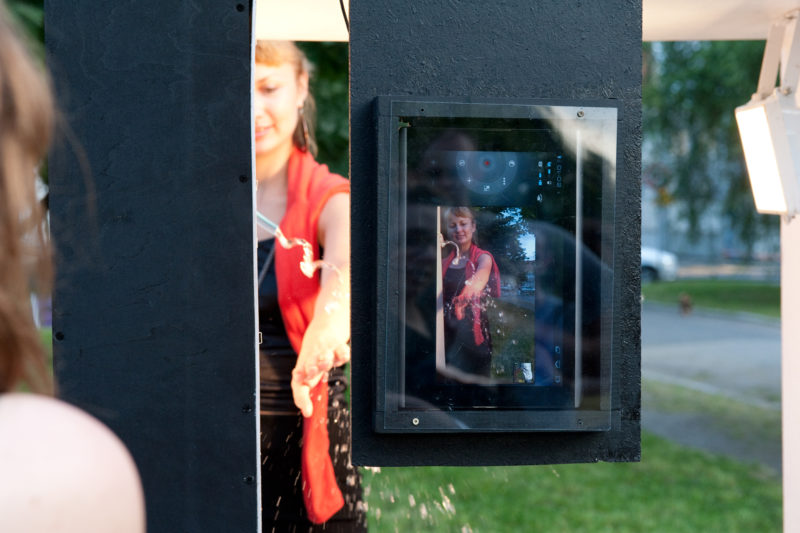 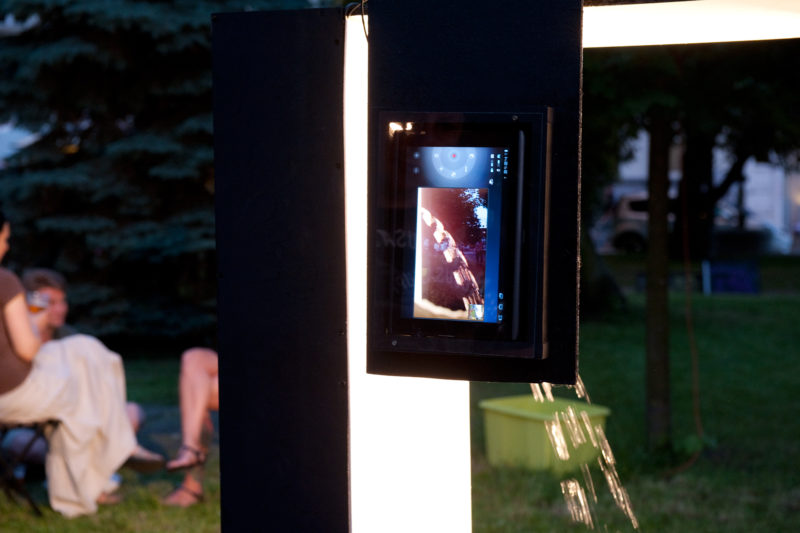 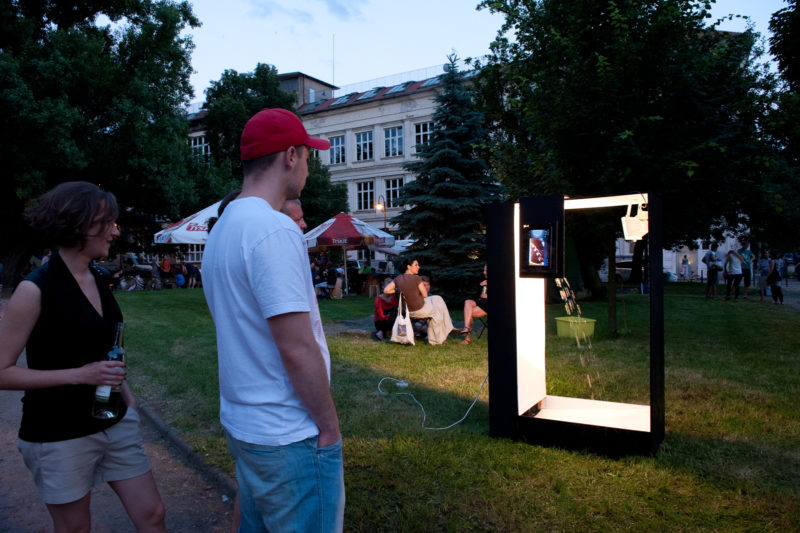 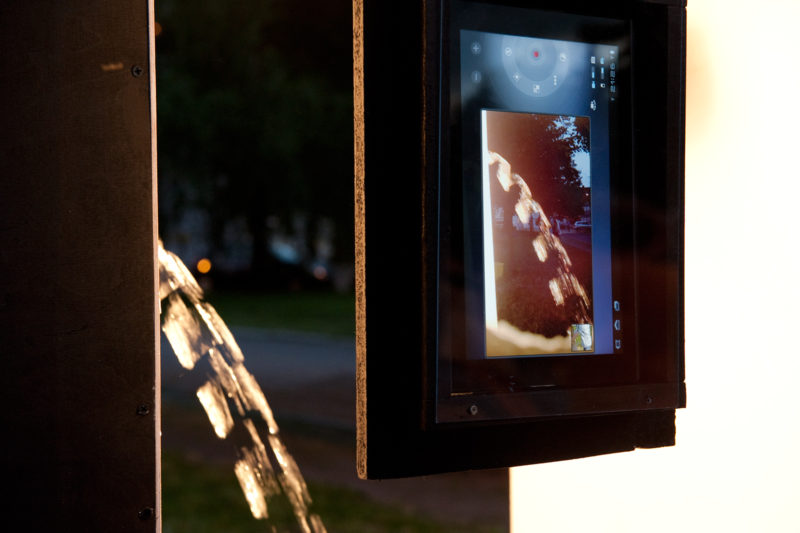