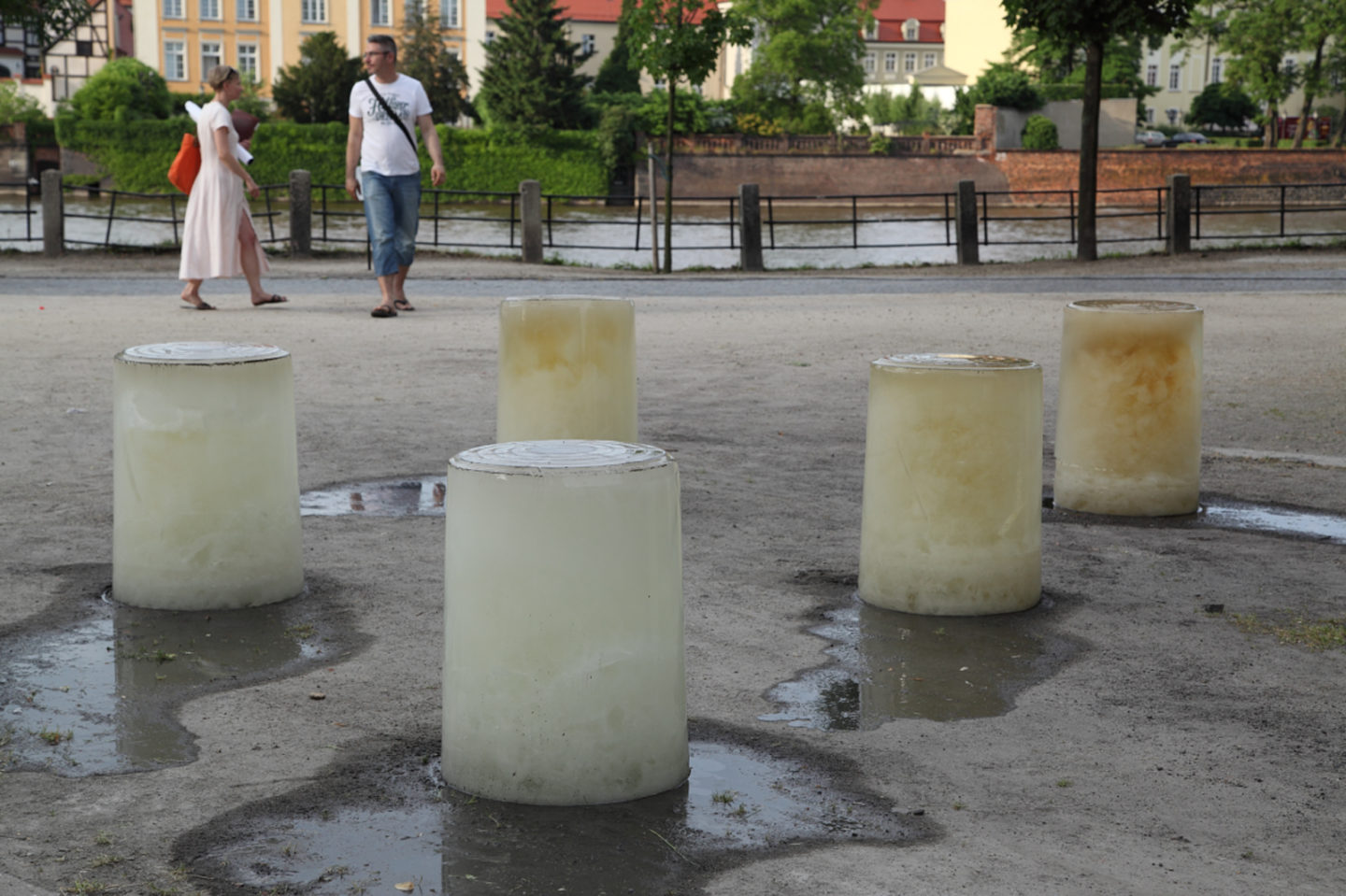 It was probably the most ephemeral work of the 11th edition of the Survival Art Review. Blocks of frozen water from the seven rivers of Wrocław existed for less than 24 hours.
After the ice melted, the rivers were supposed to meet, both symbolically and literally. The work did not leave any visible trace, apart from a puddle slowly drying up in the middle of the path. However, it referred to the main thread of this year’s edition – liquidity. All the rivers of the city were equally represented in one place, and after the exhibition the work simply disappeared. The frozen water gave the inhabitants of Wrocław a chance to compare the purity of their rivers. 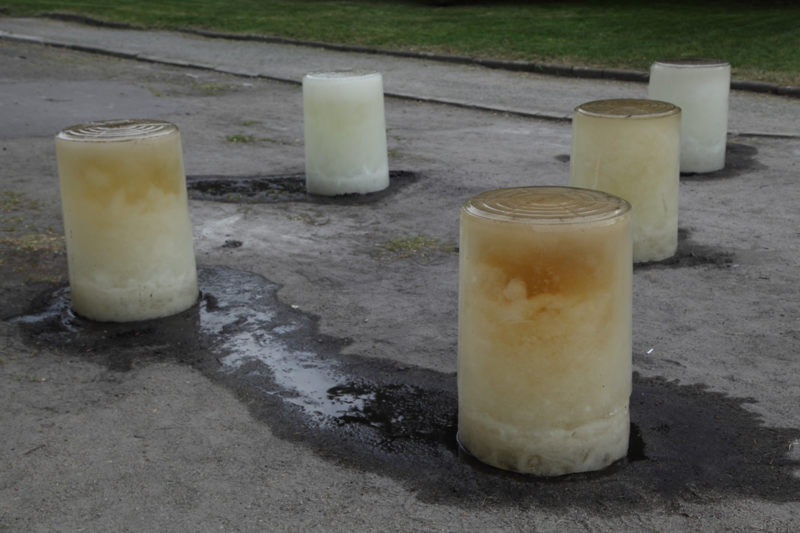 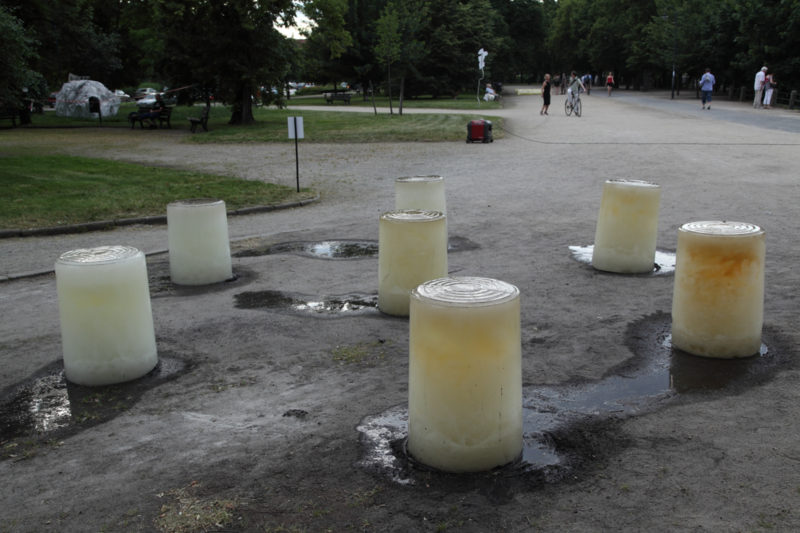 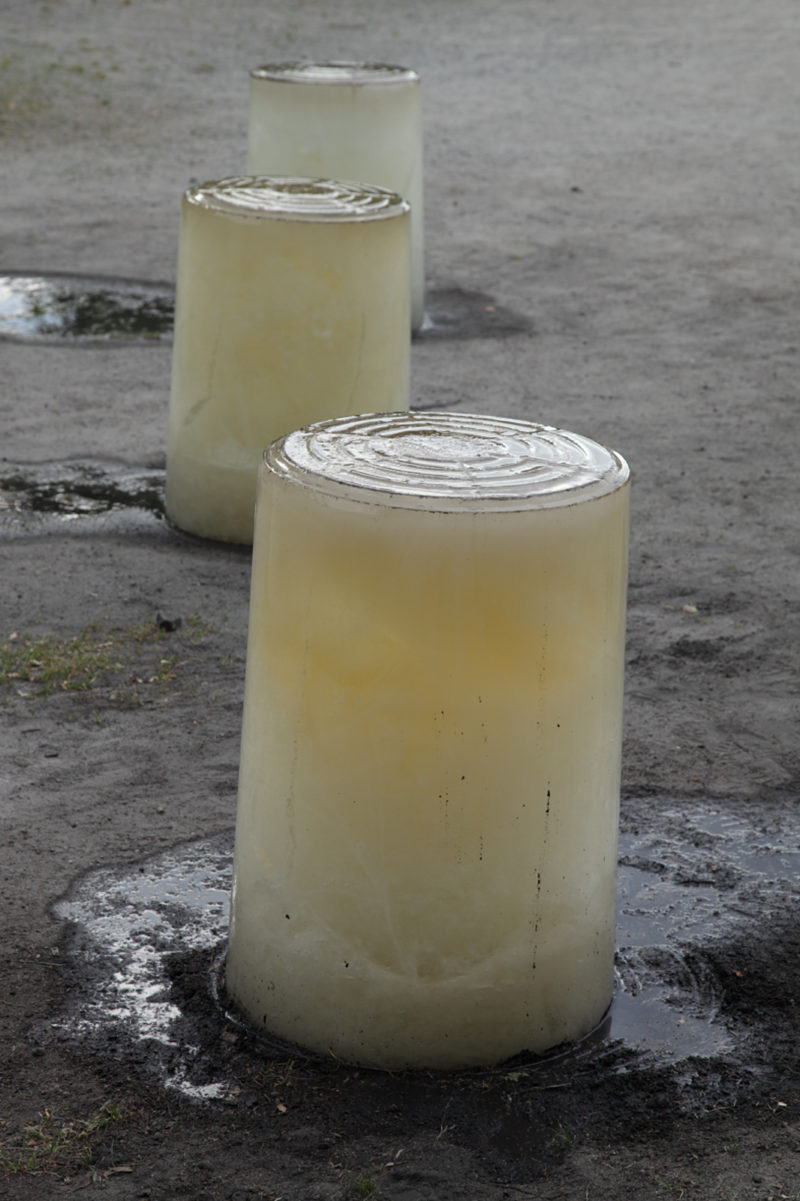 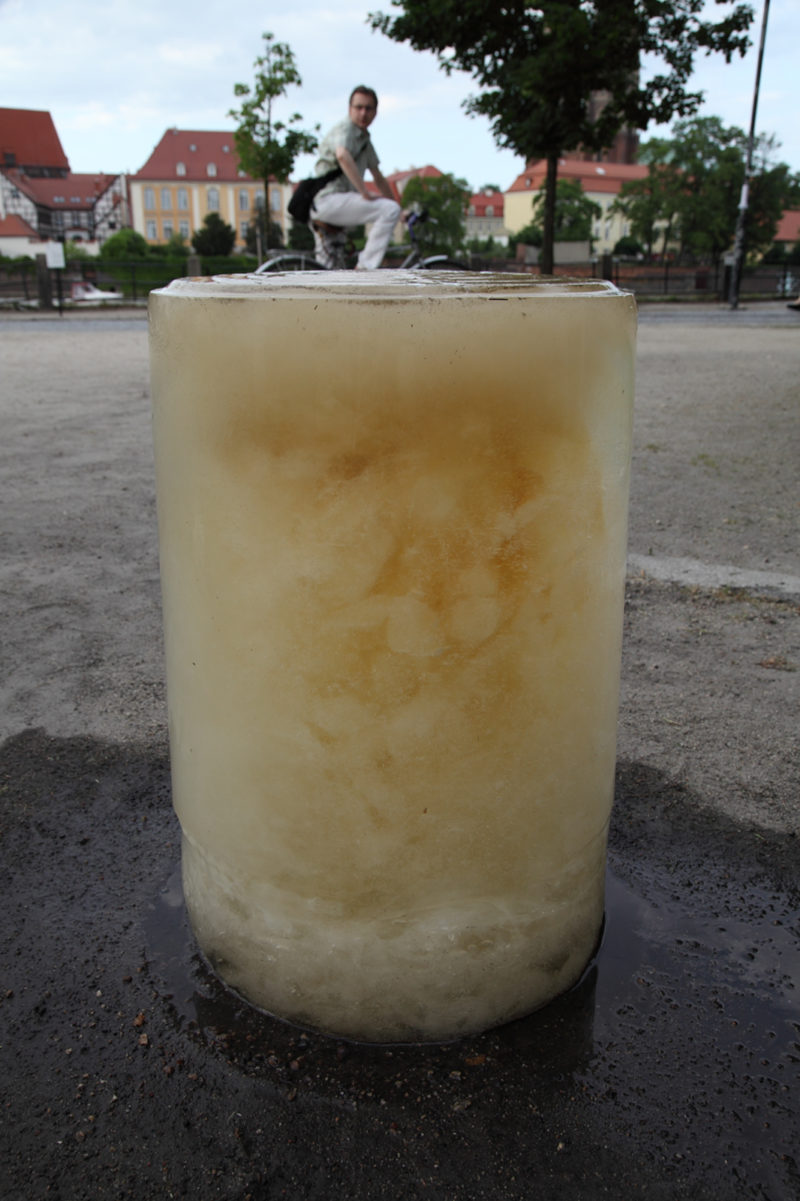 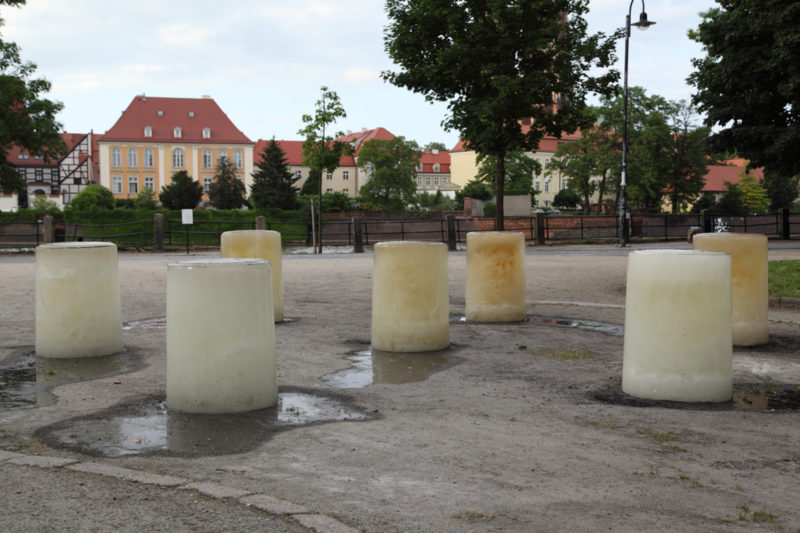 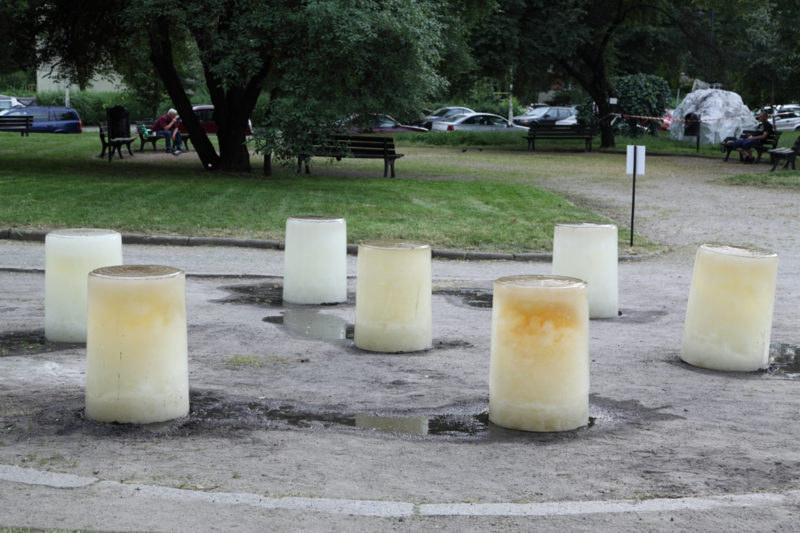 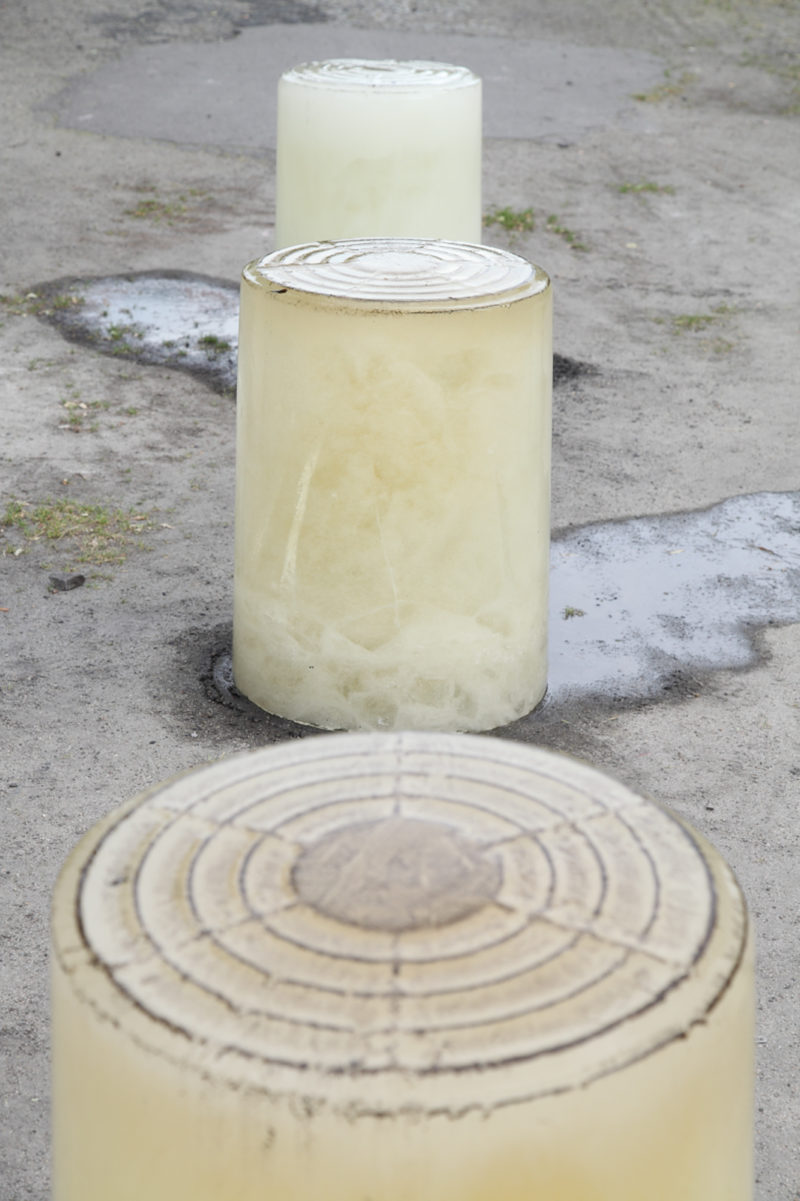 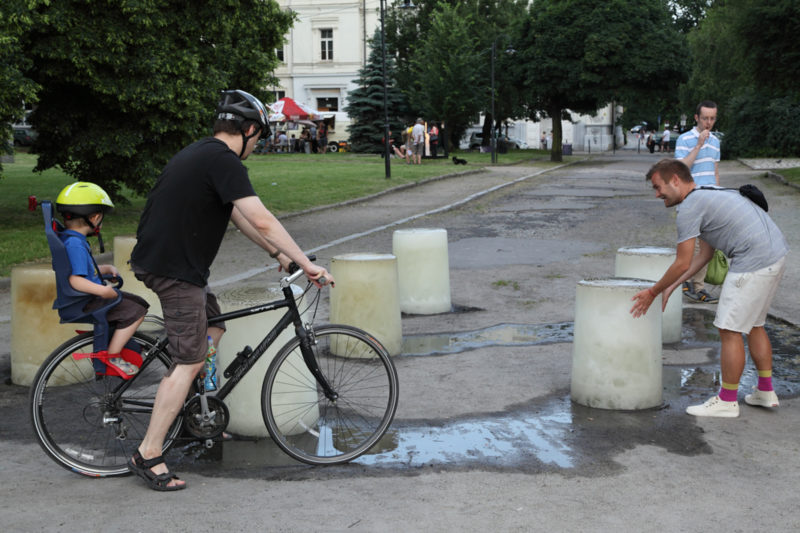 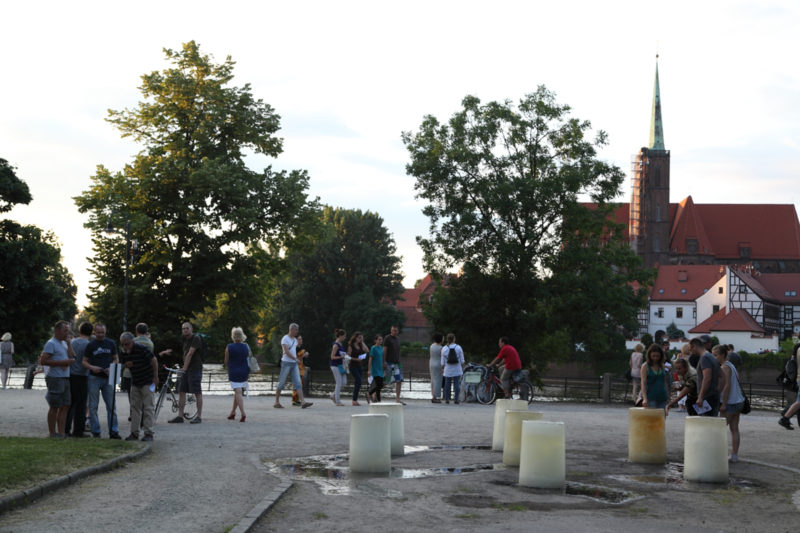 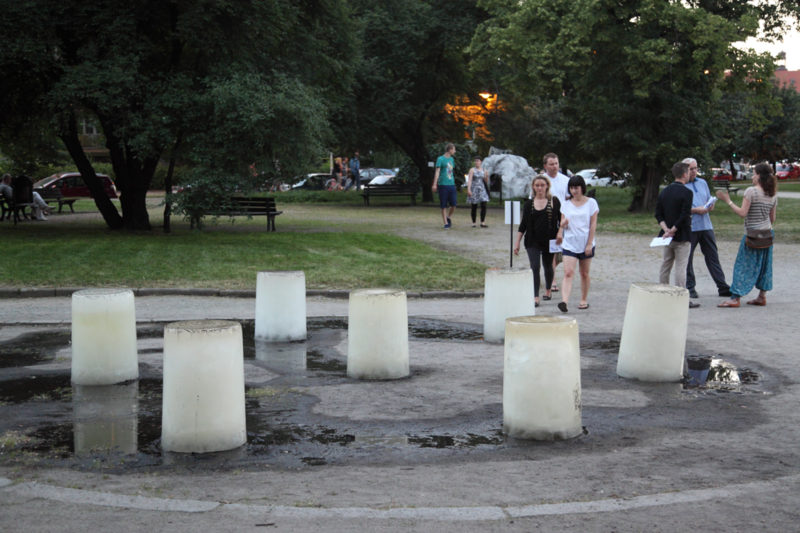 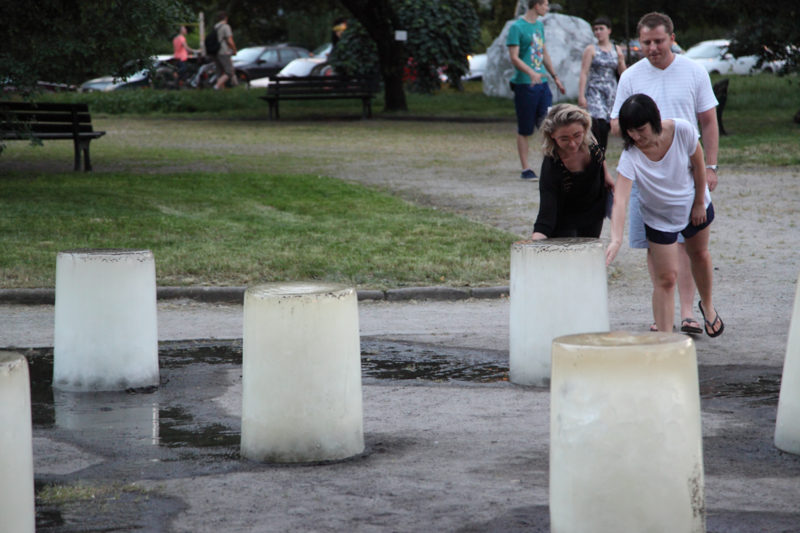 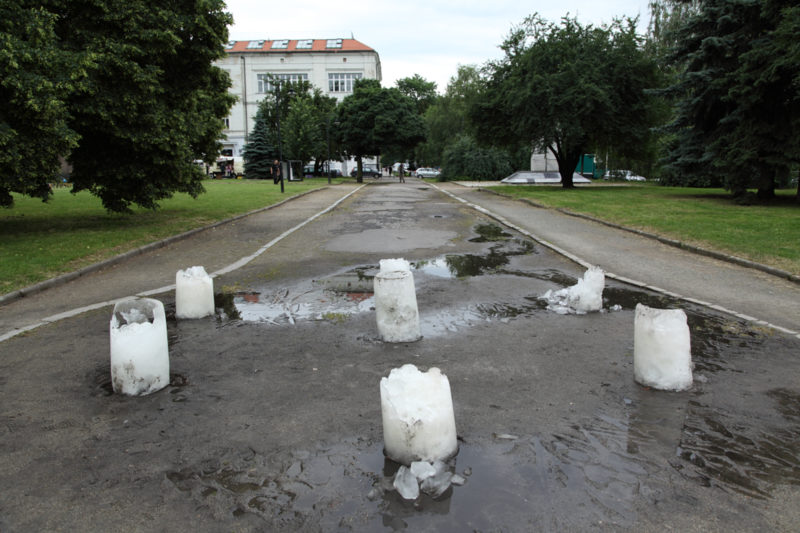 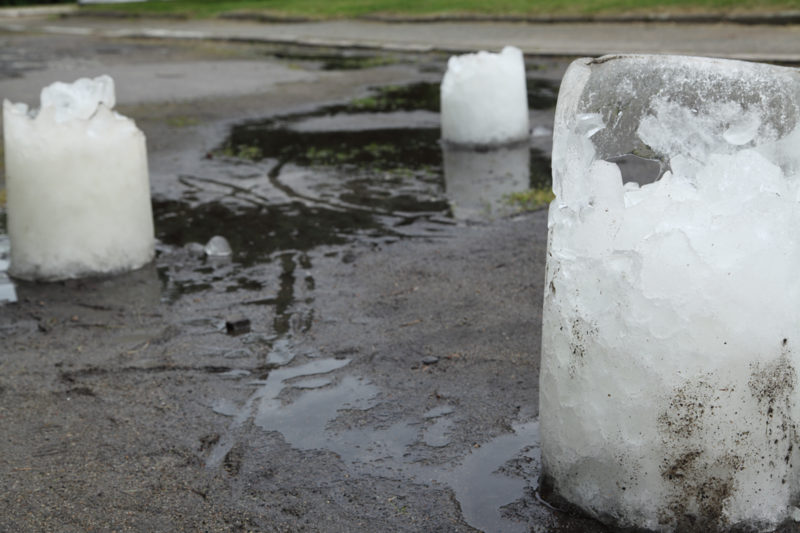 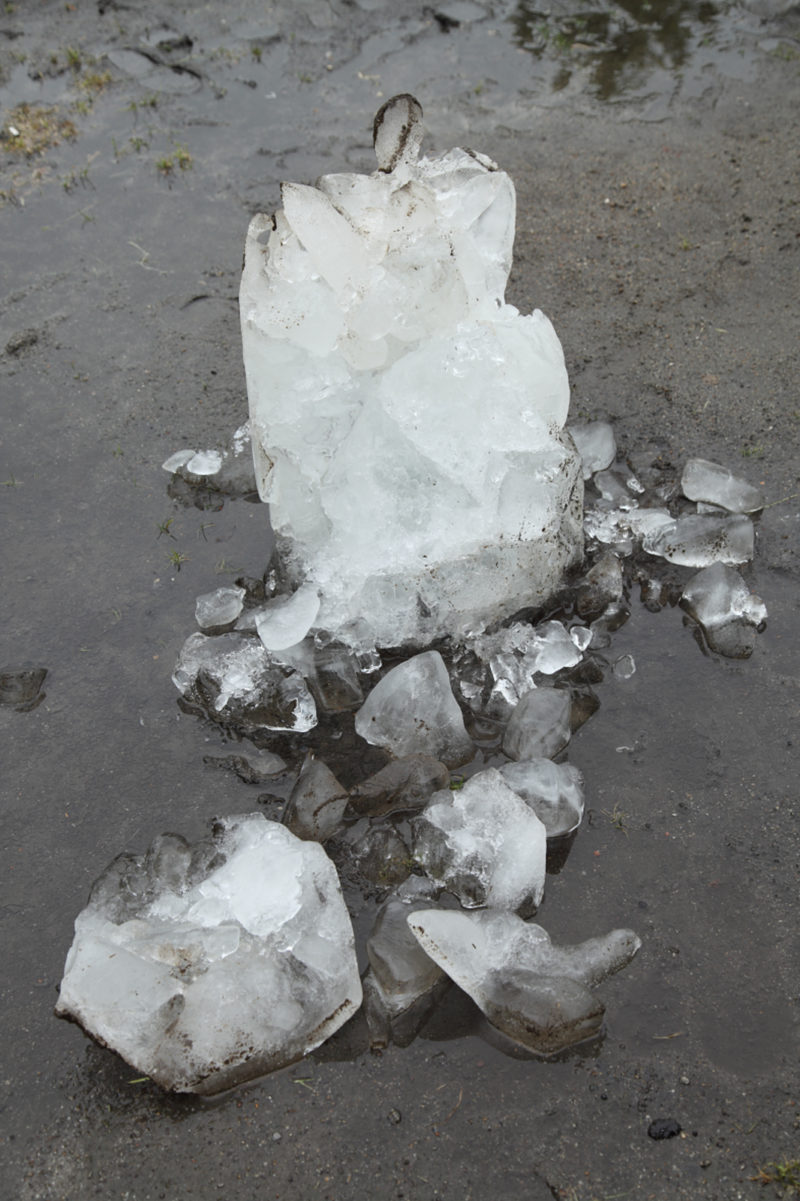 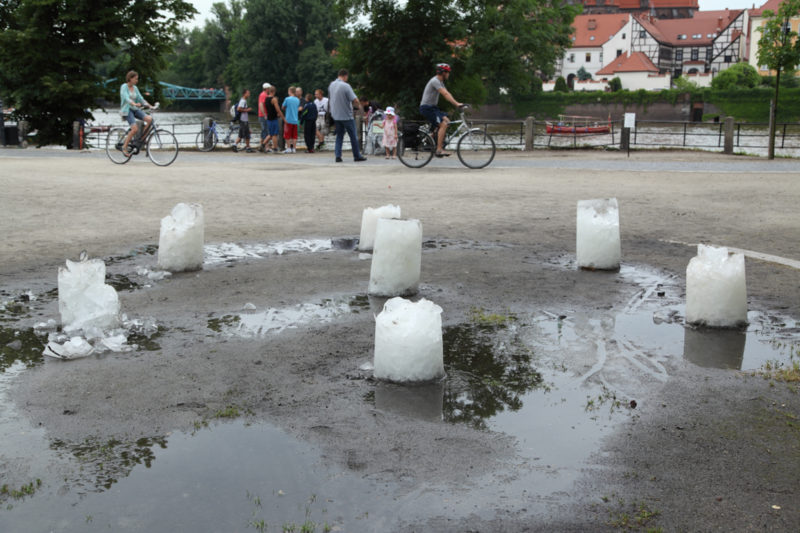 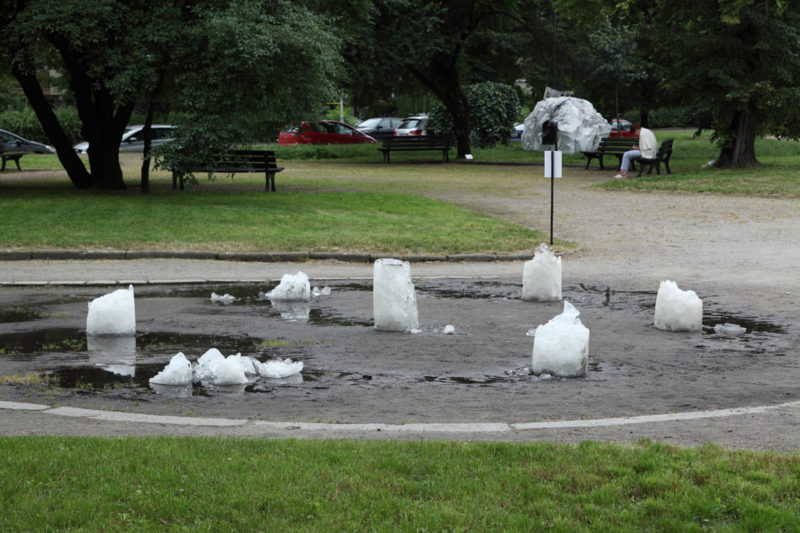 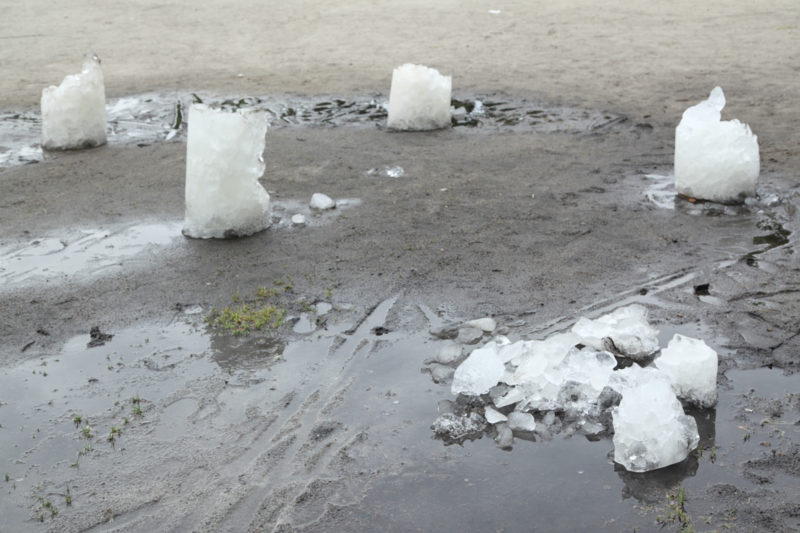 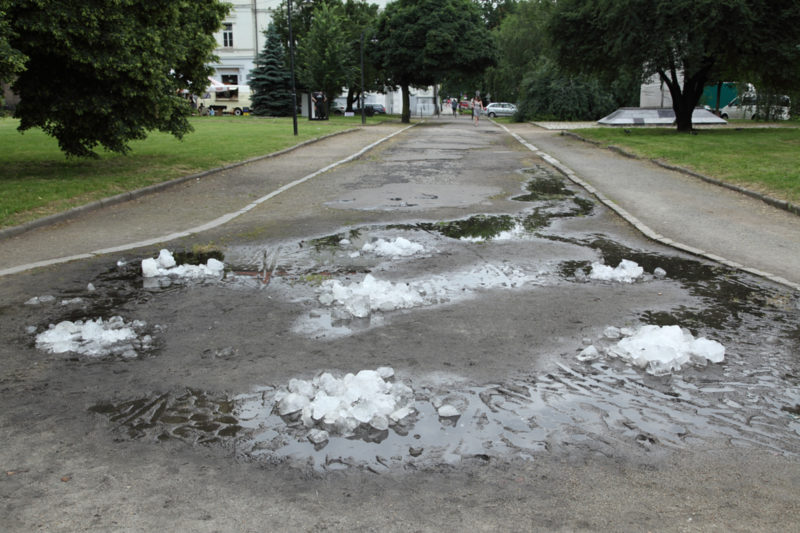 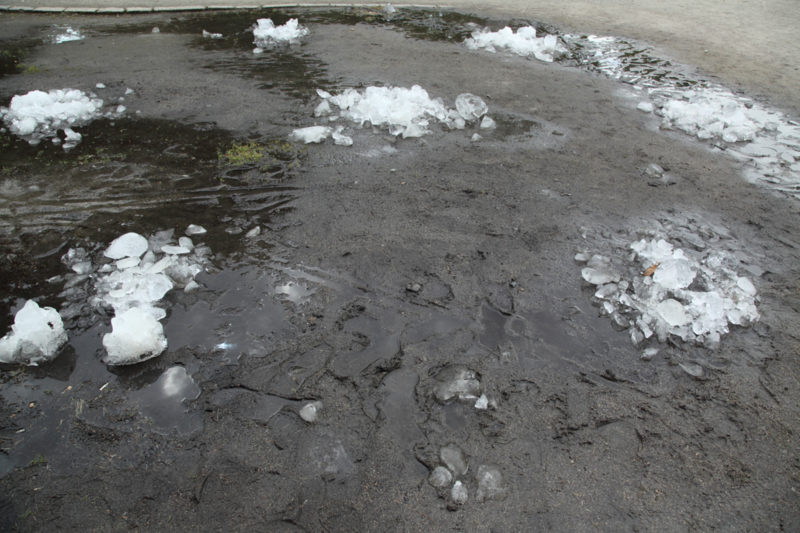