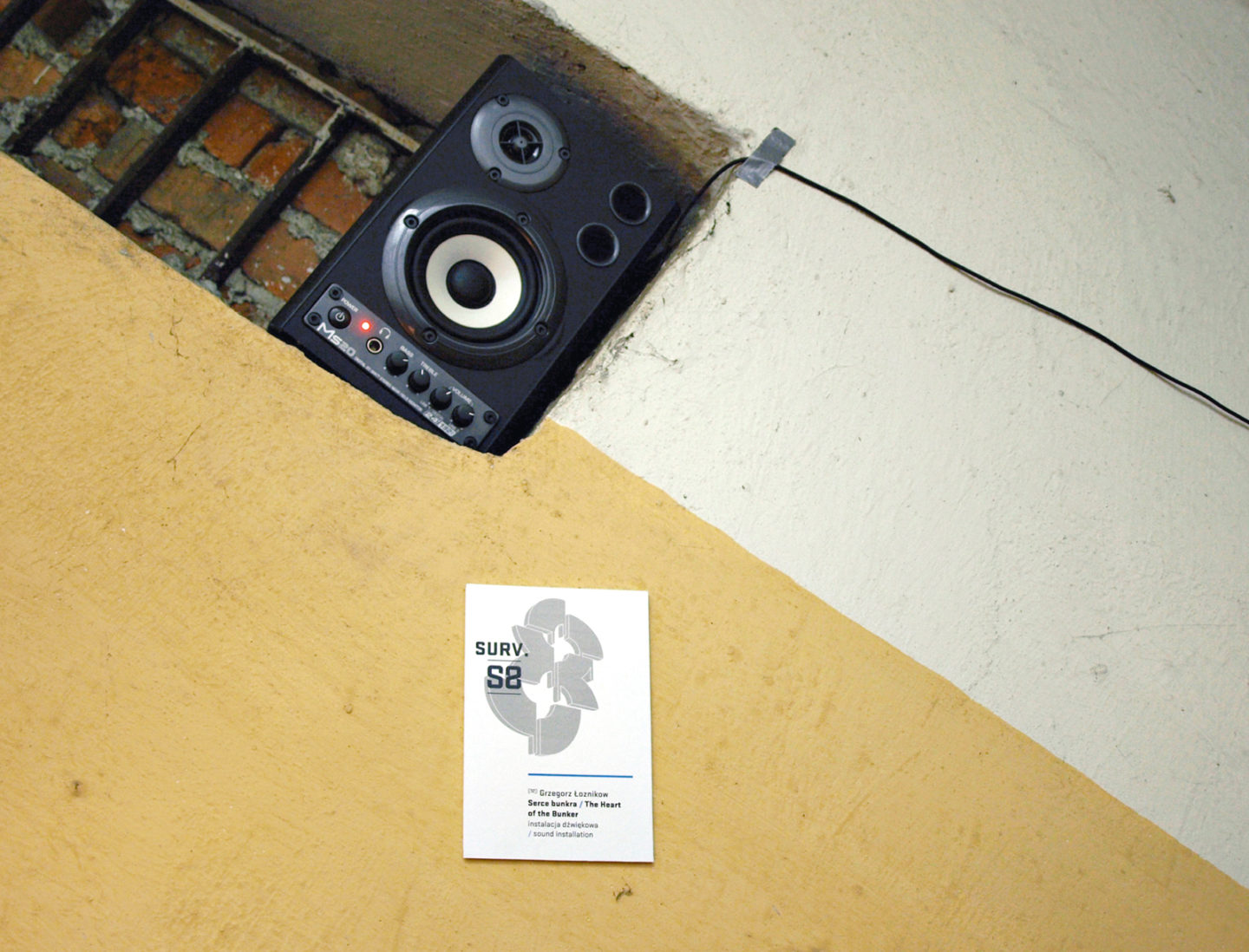 The idea of this simple minimalist sound installation was to play back the author’s heartbeat. Initially it was intended to be put in the central part of the bunker, in ‘the heart of the bunker’, in order to revive the sleeping interior and mark the rhythm of the imaginary awakening. In the end, sources of sound were installed on the stairs around the central room, near Dorota Nieznalska’s ‘Crime’ installation. Therefore, it became a prologue to the latter installation, adding rhythm to its cyclical mechanic rotation. Łoznikow’s work became the centre of composition and dominated this part of the exhibi­tion. All those entering the inside corridor felt pulsating – for some it was actually un­comfortable, filling in the entire space of the corridor and permeating to adjacent levels. The beating of the heart, which resembled Boltański’s extraordinary installation ‘Les coeur’ where the heart became a self-portrait, told about identity, passing away and the need to archive the present.