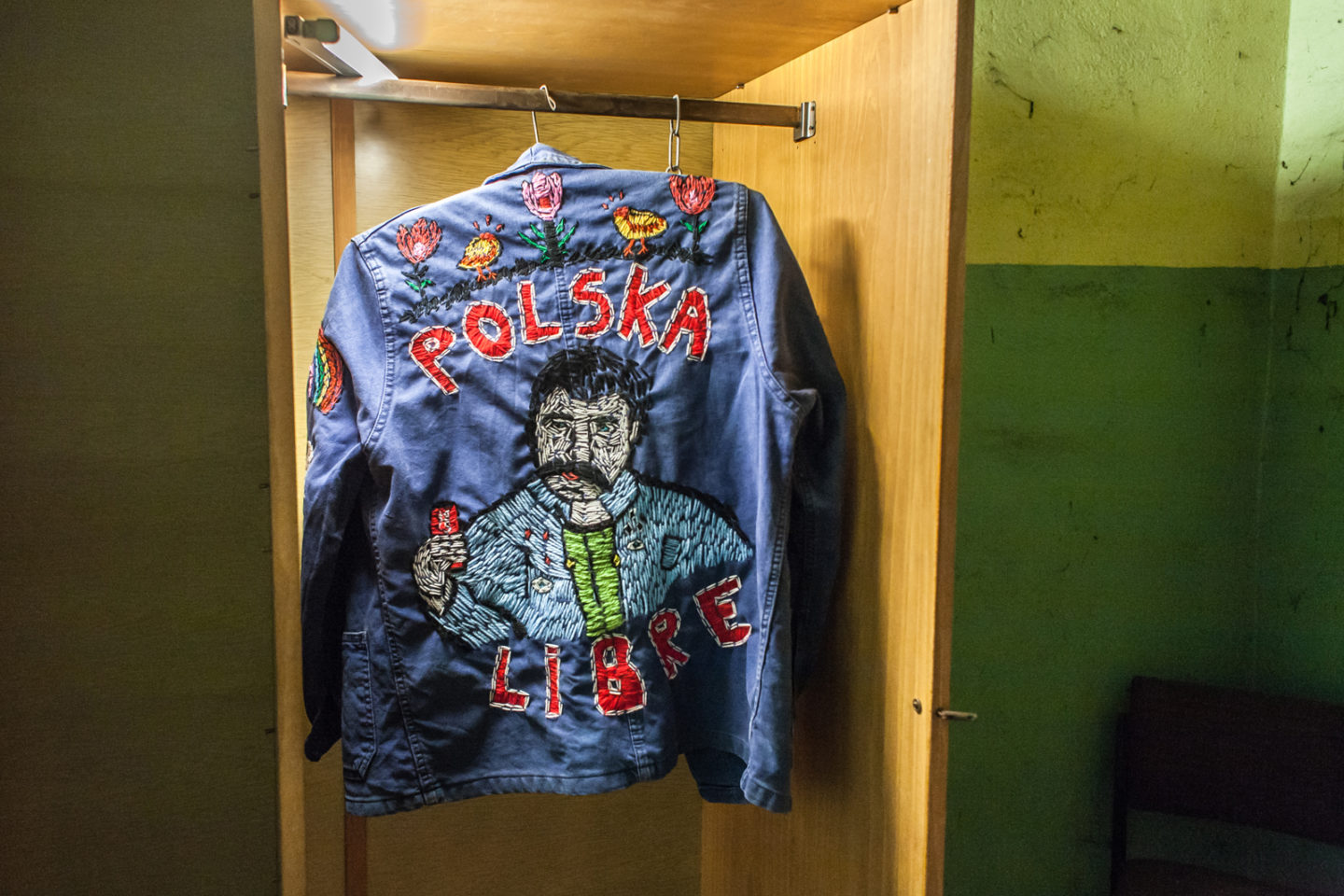 The inspiration and material used to make the work titled “Should I Stay or Should I Go?” was a jacket belonging to my grandfather André Lédé, who spent his entire life working at the Métal Déployé factory in Montbard in north-western France. I inherited the jacket after his death, and in the years to come I also worked at Métal Déployé. For several years now, I have been living in Poland – a country that is still struggling with its communist past, where the word “freedom” is currently charged in a peculiar way while the artistic precariat is connected with the proletariat in complicated ways.
On my grandfather’s jacket I hand-embroidered pictures connected with the iconography of freedom and the traditions of the working class. As a gallery object, I situate it at the intersection of art and craftsmanship, diy strategies and mass production, as well as in the context of artist’s entanglement with economy and the art market.
In regard to its structure, “Should I Stay or Should I Go?” comments on the alienation of artists, craftsmen, makers and producers and refers to the phenomenon of myse en abyme, which could be likened to situating two mirrors opposite one another, so that the image is reflected in reality while reality – in the image. The maker and his work is one and the same. 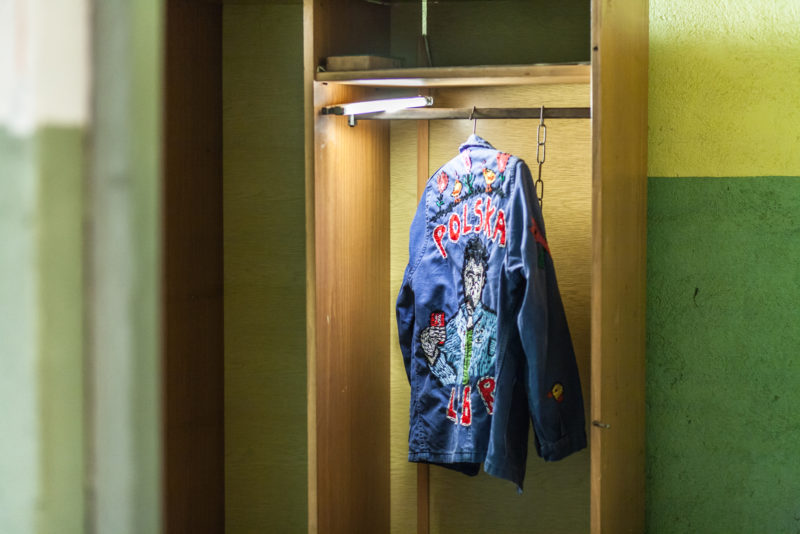