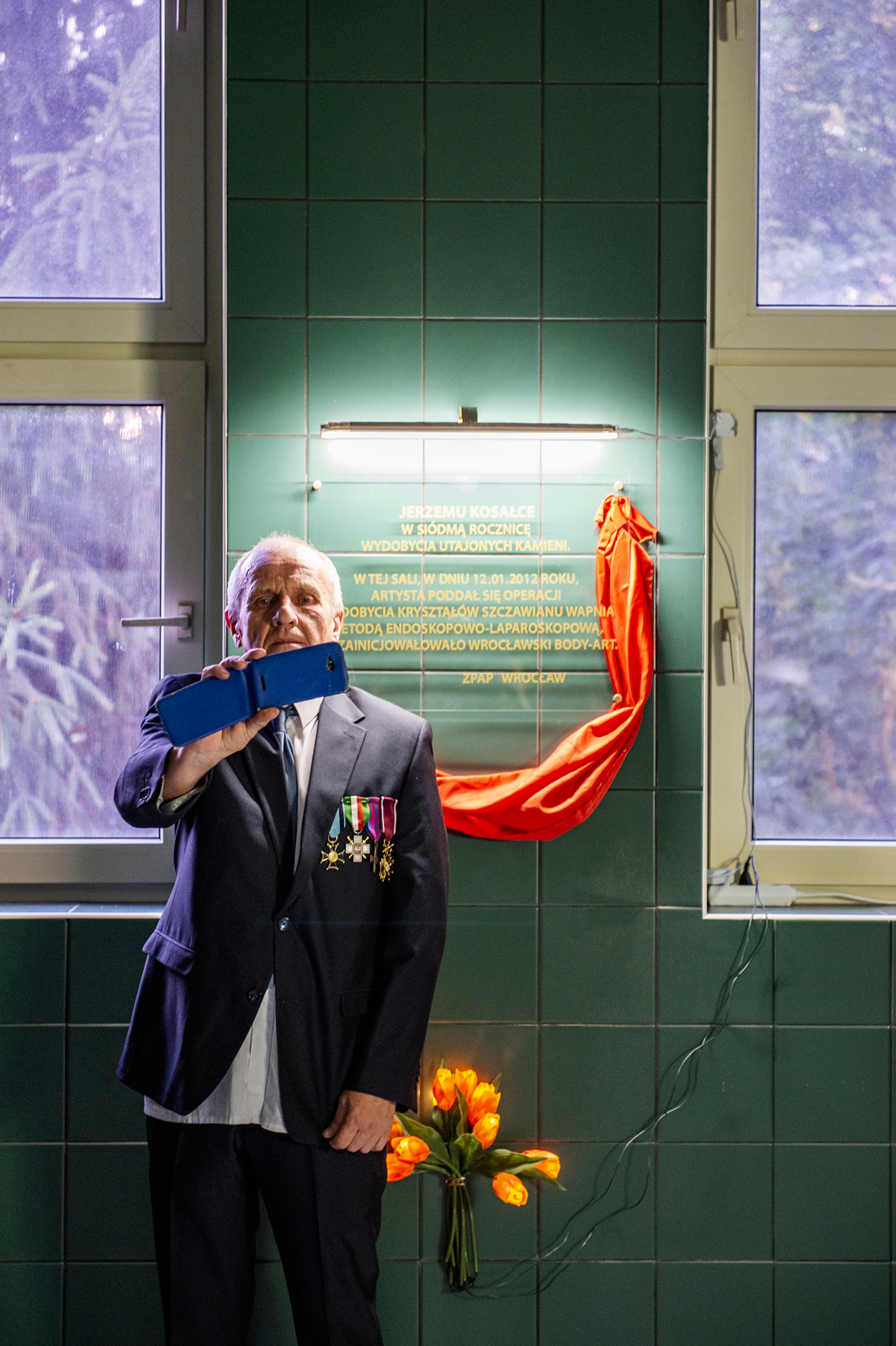 […] In the adjacent room there was an object which, according to some, came into being due to excessive consumption of pickles. Jerzy Kosałka mockingly referred to the curator’s motto of the Review with his work The Seventh Anniversary of the Removal of Latent Stones, commemorating the extraction of a number of kidney stones by means of the endoscopic-laparoscopic technique at the urological department of the Railway Hospital in 2012.

According to the artist, the presented object, consisting of the kidney stones and a magnifying glass placed in the former operating room, also reveals the alchemical potential of his body, capable of transforming nutrients into valuable works of art. During the festival, a ceremonial unveiling of a plaque commemorating this momentous event and signed by the Association of Polish Visual Artists took place. The simultaneously mocking and self-mythologising gesture performed by Kosałka perversely combined his own artistic myth with the recognition of the absurdity of creating art commissioned to suit the curatorial concept. Thus the artist’s medical history was treated not only as a pretext for celebration, but also, due to the absurdity of the situation, as a means of revealing the often frustrating mechanisms behind the functioning of the modern art world. […] 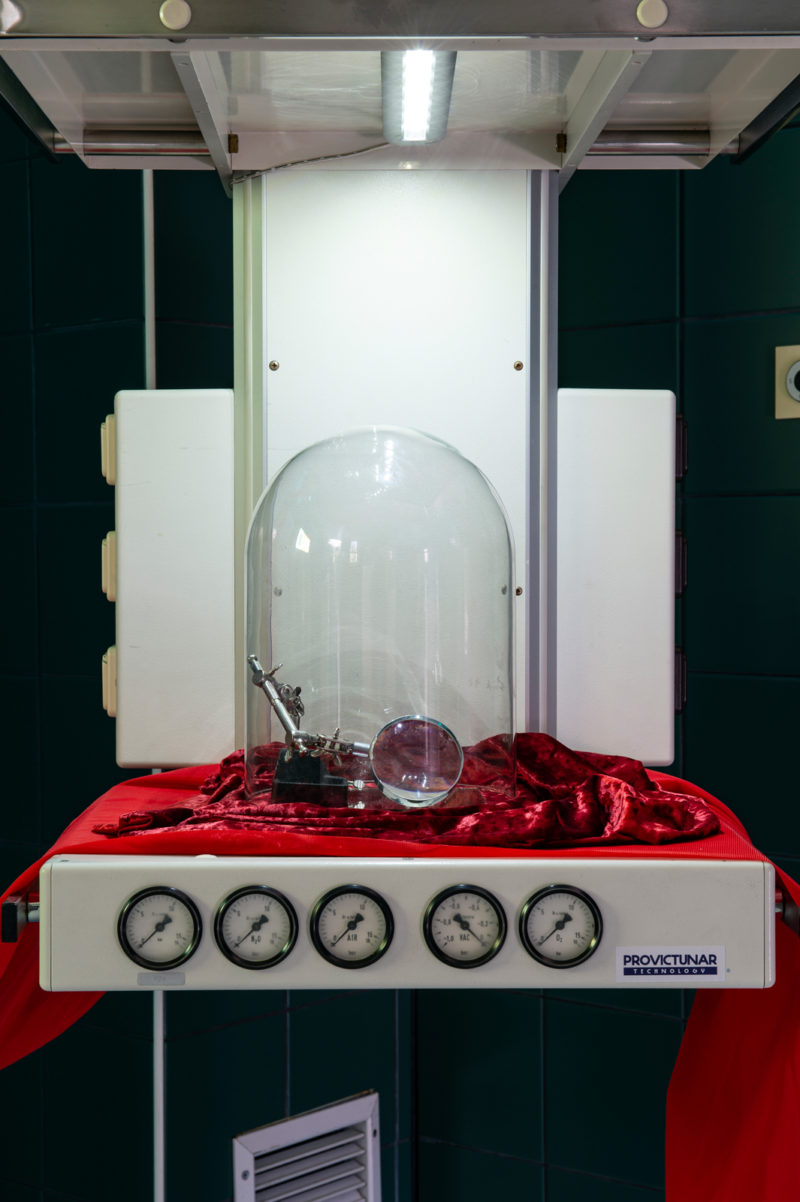 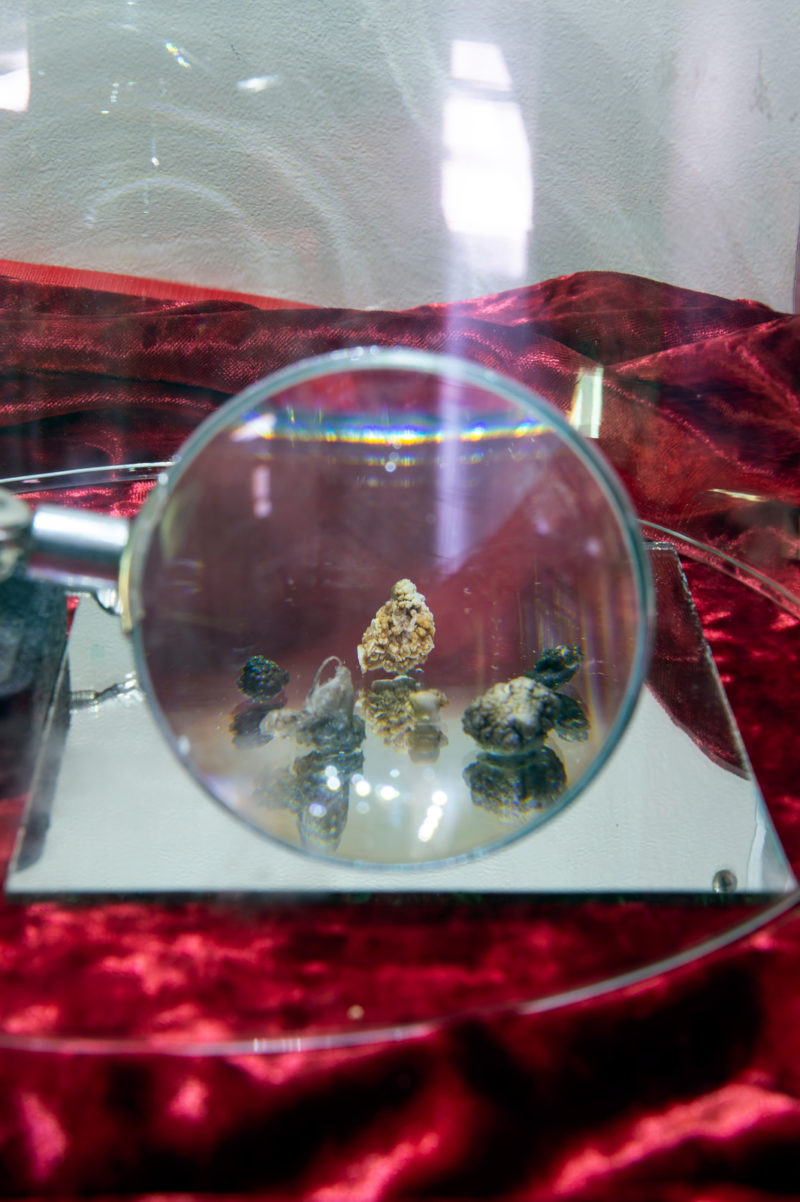 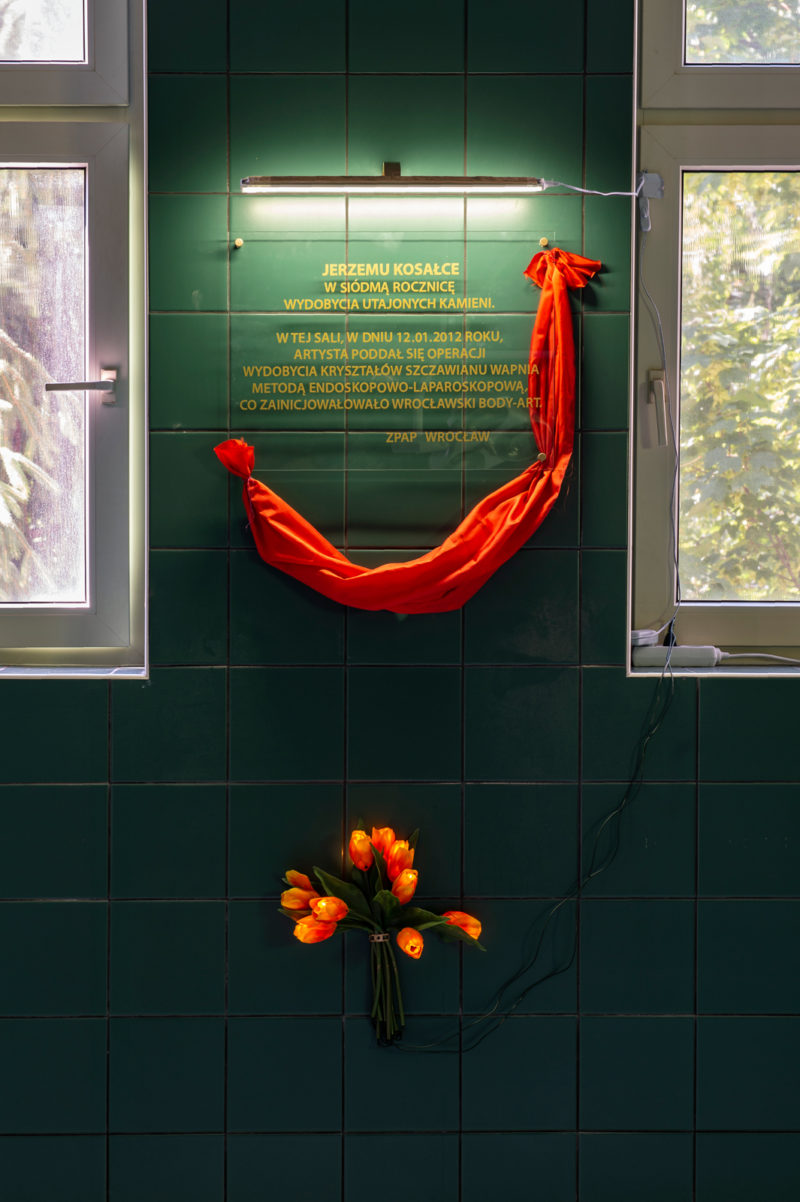 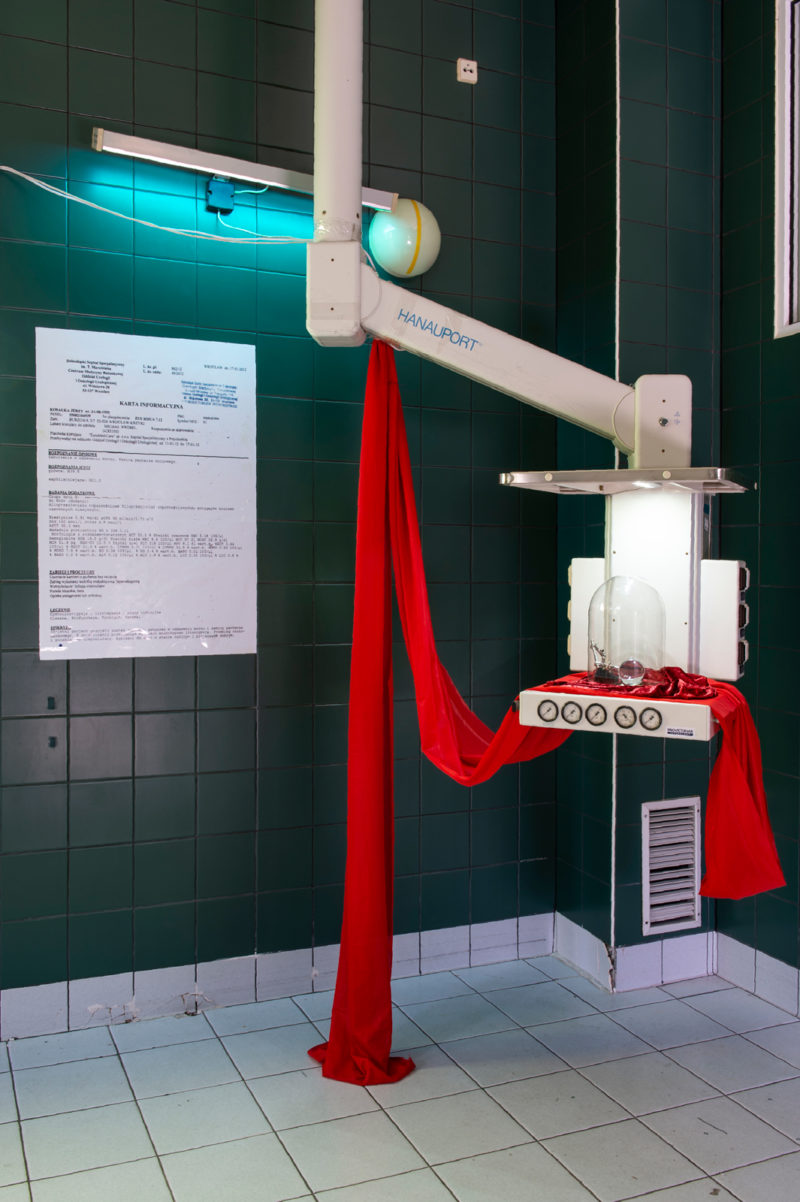 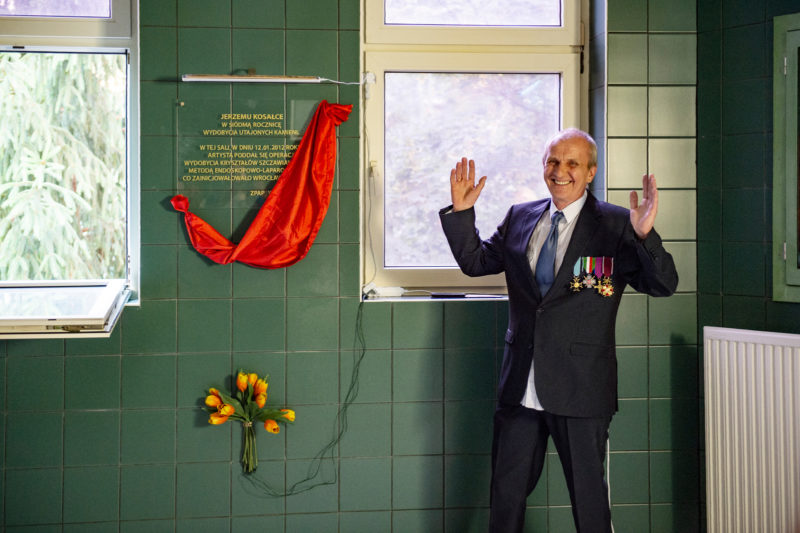 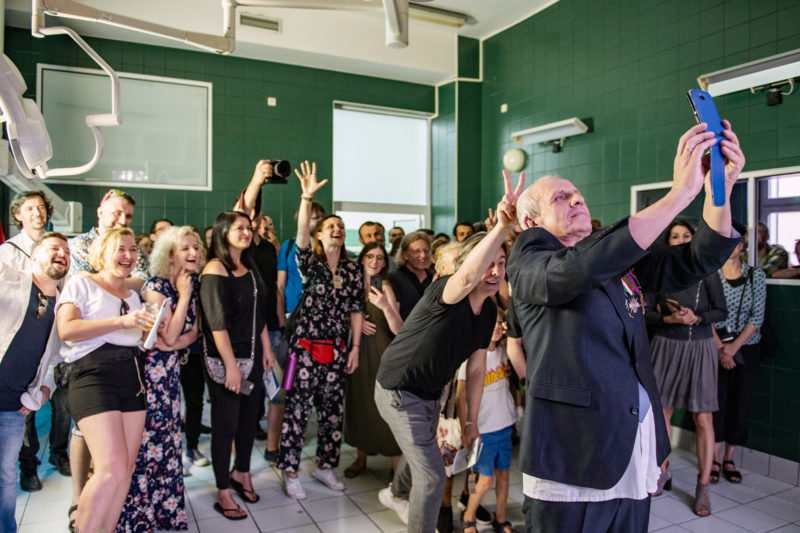 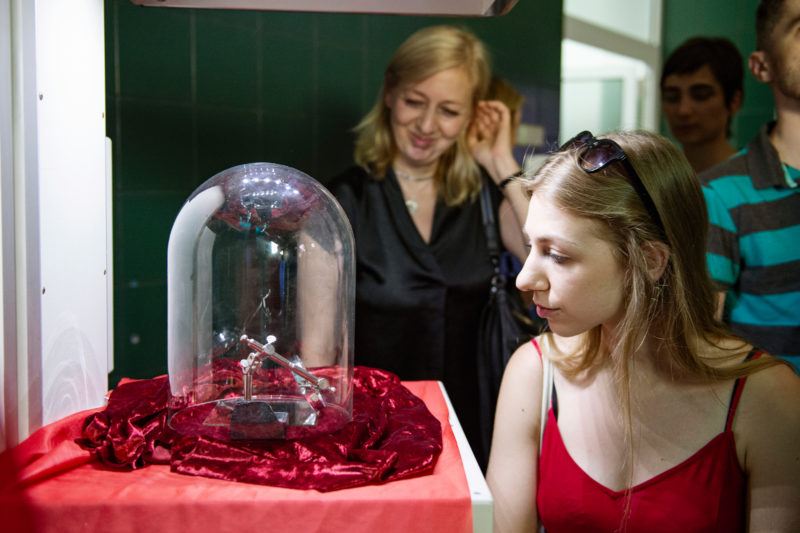 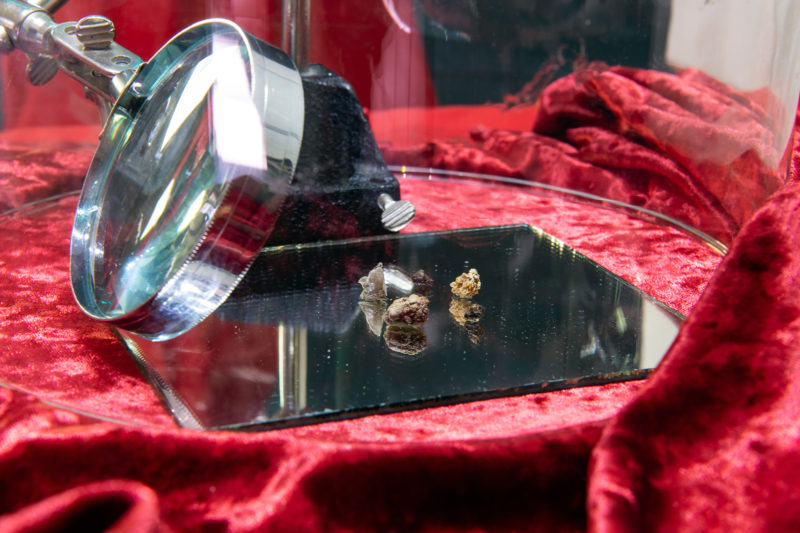 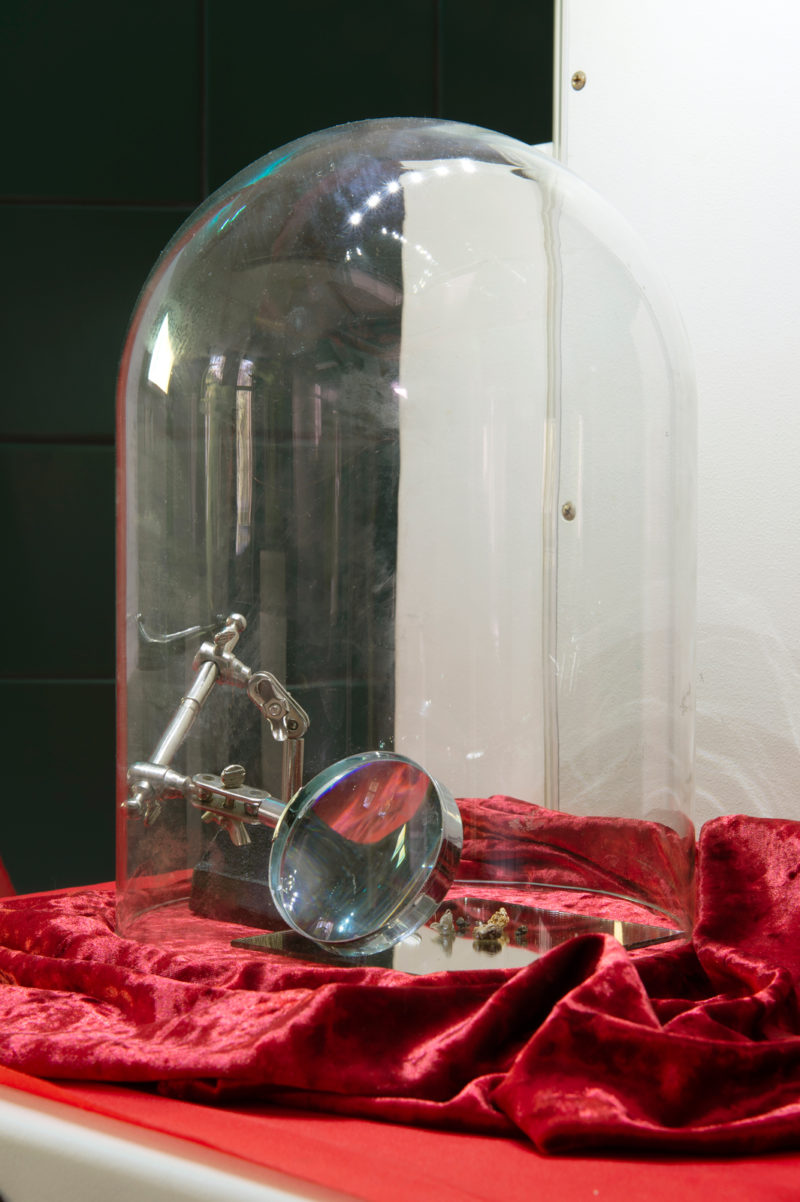