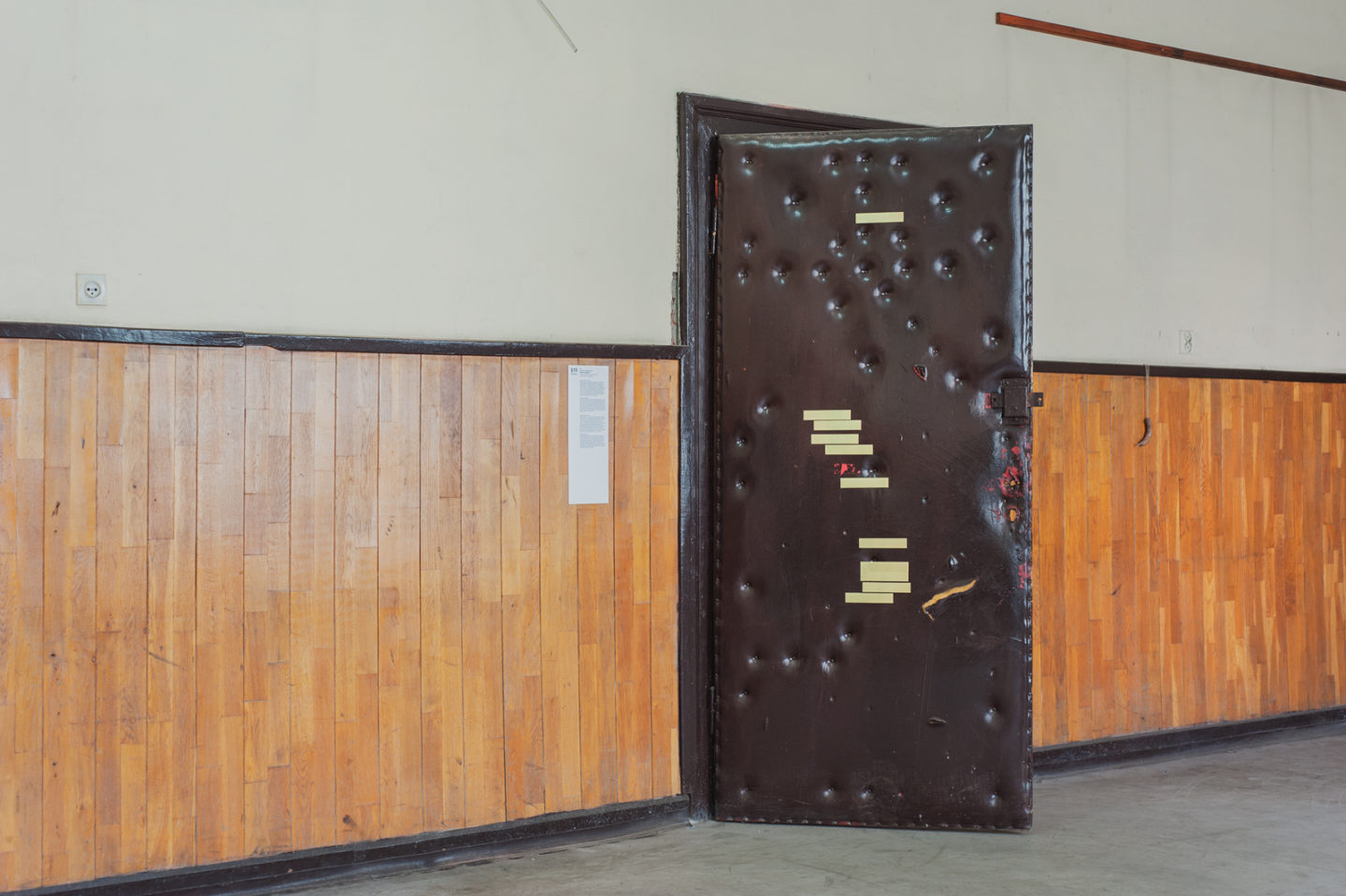 Aleksandra Sojak-Borodo / North
Childhood spent in the Kresy, the easternmost part of interwar Poland’s territory, as remembered by my grandmother. She came from Pańska Dolina, her father owned a tenement in Lutsk, she used to tell stories about their journey to Poland from Podbrodzie… My grandparents would often recount how their families buried all their precious belongings, carpets, treasures in the yard, believing they would one day return and reclaim them. I have always been deeply impressed by the vision of buried “treasures”. As a child, I believed that these “treasures” were still there, although they had probably been looted… Today, these very memories and the names of those places are my “treasures”.

Dy Tagowska / South
Engraved plaques on the door indicate identity. In case of the Treasures installation, the surnames have been substituted for names of towns in Podolia, where my grandparents came from. Entire villages near Wrocław would be populated by people who were neighbours before the war. It triggered a feeling of communality and enabled the newcomers to come to terms with the peculiar tectonics that shifted the east to the west. Each of these names hides a vault full of tales that make up my family’s history and mythology, a treasure in itself. 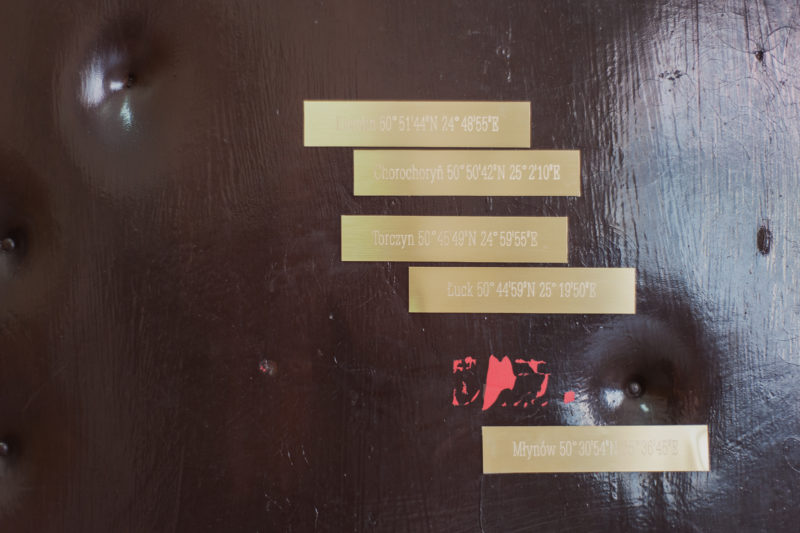