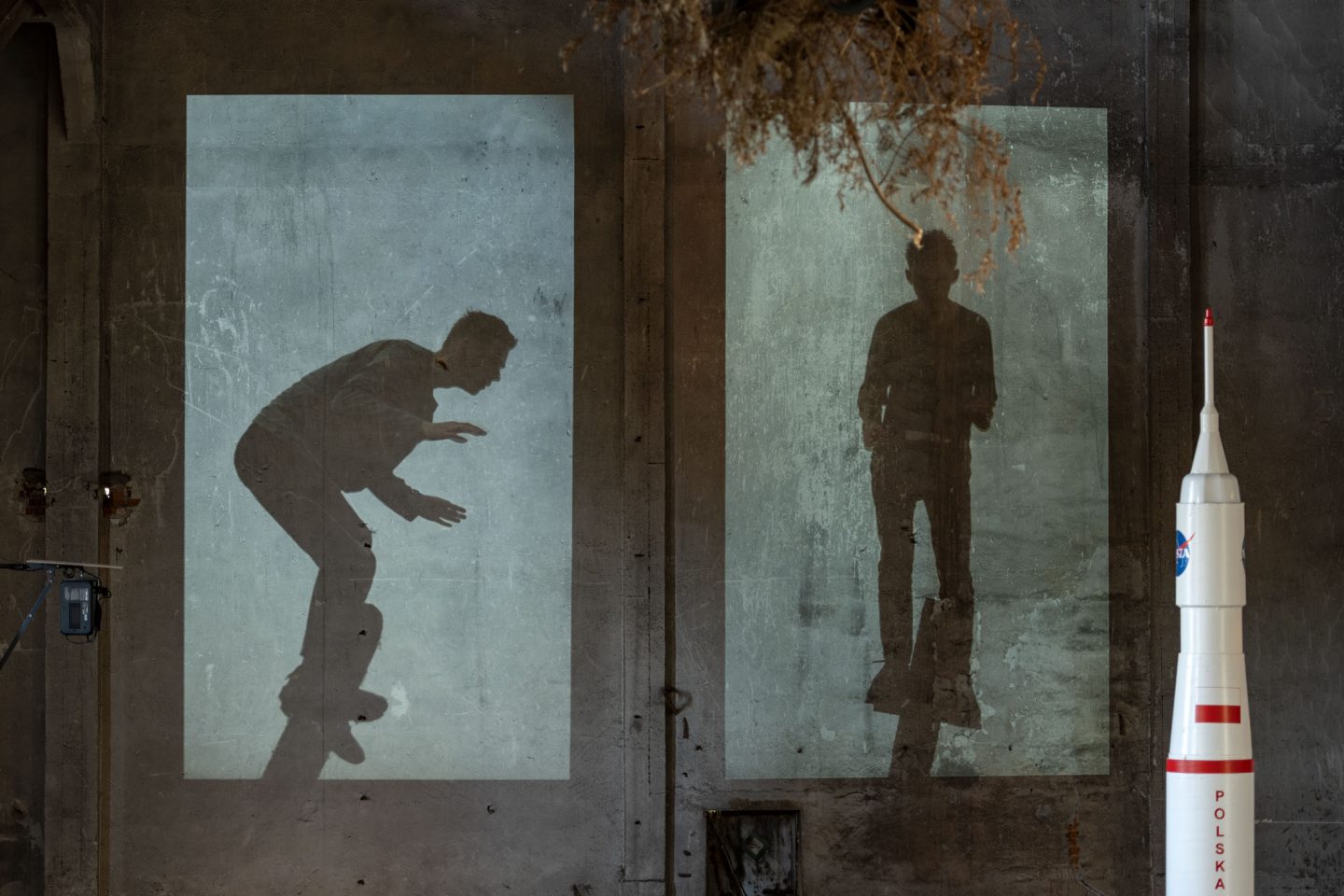 The two-channel video is an original recording of Kowal’s performance, in which the artist tries to stand up on a pole for as long as possible, barely able to keep his balance on the skewed structure. The pole once marked the limits of the farmland in the village from which he comes, being the northernmost element created by man. Kowal likes to return to his village – it holds an important place in his practice as an object of artistic research and work. The artist often visits a small farm run by his mother in order to re-examine his relationship with the place that shaped him, to look for his own language and narrative about it. The use of hay, crops and straw in his performative activities directly refers to the agricultural tradition in which he was raised and which he combines with his artistic career. In this way, the artist negates the false, stereotypical opposition between the two worlds. By trying to keep his balance and stand on the wobbly border post as long as possible, Kowal asks a perverse question about the fixed character and possibility of reconciling different identities, which may be mutually exclusive from a historical viewpoint.