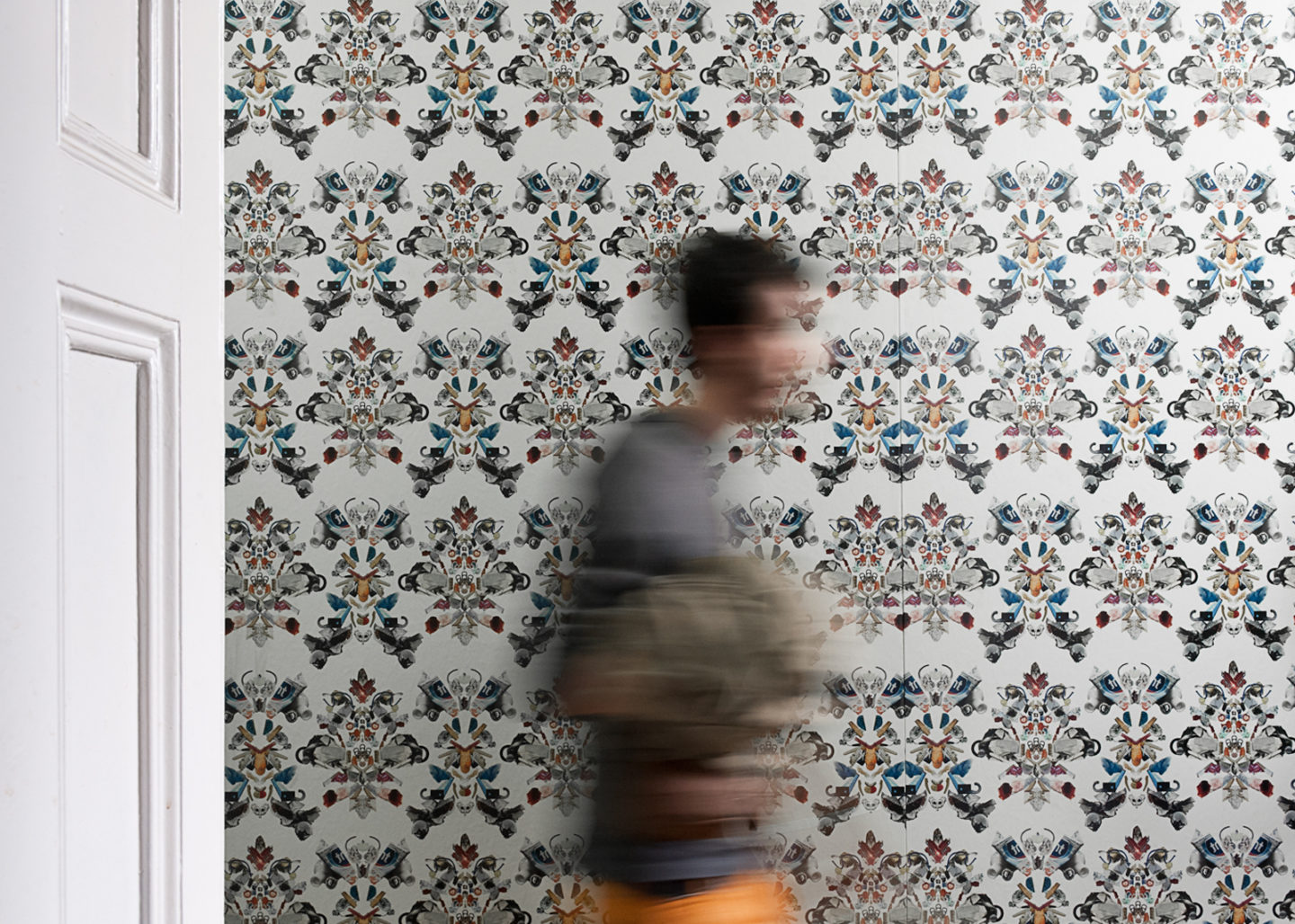 Bottle caps, pieces of string, sweet wrappers, old tubes, fragments of containers – remains of everyday life that we throw away and that constitute a shameful trace left by the contemporary society. Sometimes poetically chaotic, sometimes triggering revulsion, they are the main side product of our civilization. They are a testament to our material culture, especially in its most popular mass version. Photographed by Jarodzka and arranged in repetitive geometric patterns, they resembled colourful pictures that swirl in a kaleidoscope. Taken out of their context and used as an abstract arrangement, they became an decorative composition. However, they still retained their original meaning – the artist manager to create a feeling of ambiguity. Usually perceived as undesirable and ugly, the rubbish was used here to create an ornament – a wallpaper that covered a wall of the Pharmacy building.
This somewhat Baroque concept resulted in turning ‘waste material’ into a product that is usually associated with a lavish and sumptuous lifestyle. The work resembled an attempt to ‘smuggle’ an element of reality that is usually rejected by the world of consumption and refinement into this very world. On the other hand, the work surprised with tenderness in focusing on the ‘poorest’ and ‘most degraded’ objects. 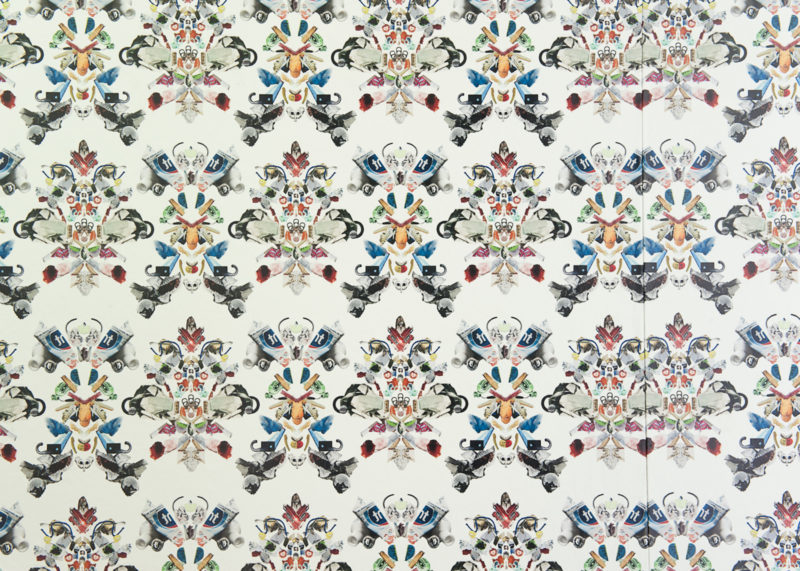 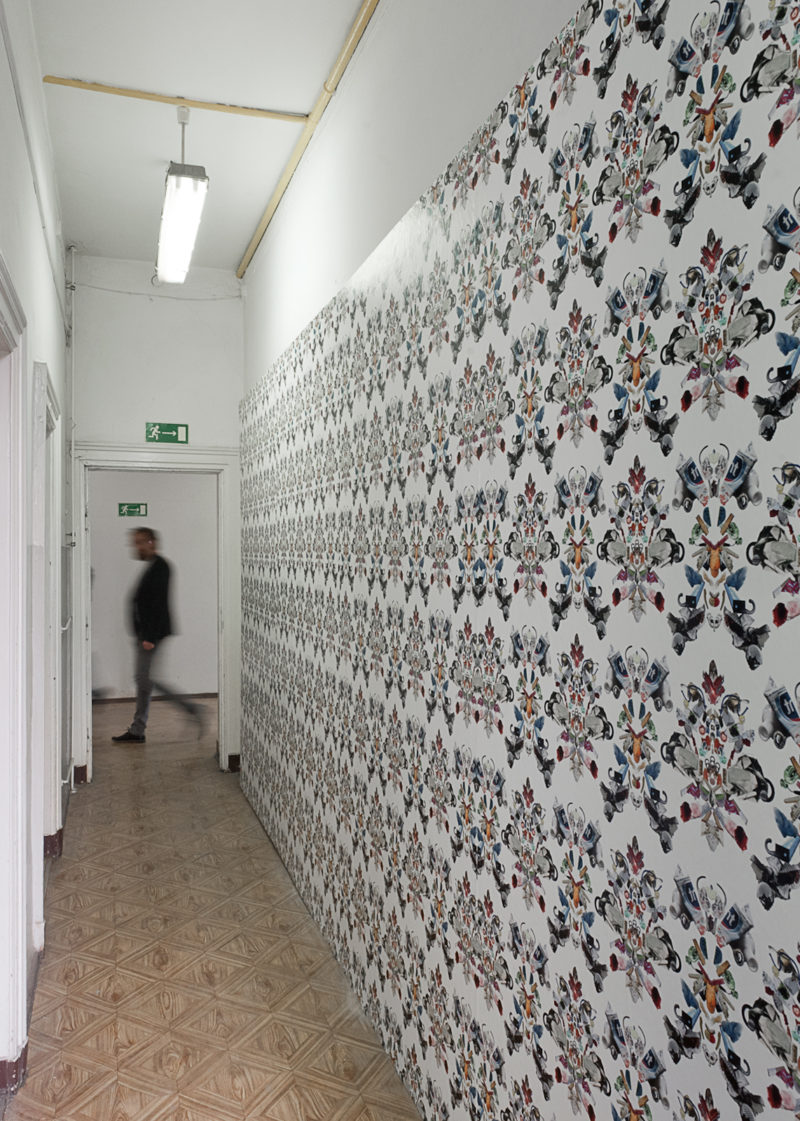 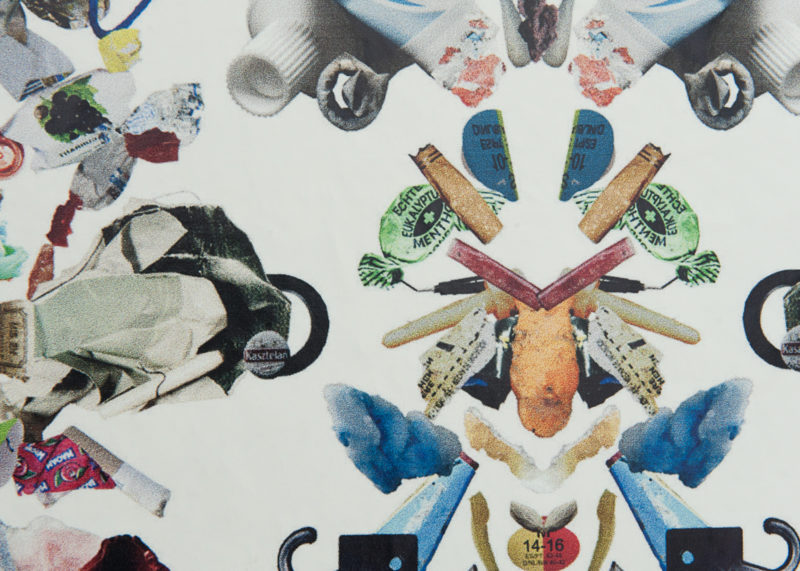 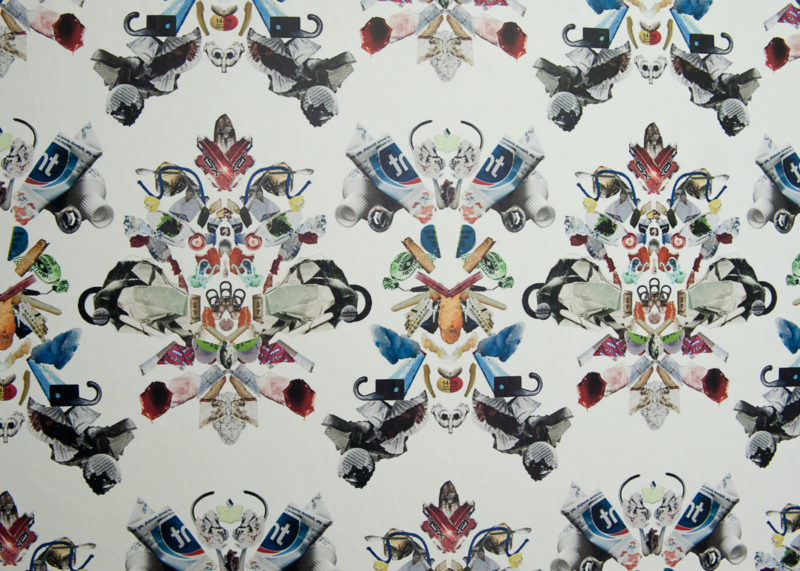