The emancipating potential of the internet, which has enabled people to not only consume contents, but also create them, remains largely underutilised. When combing through comments left by Polish internet users, we mostly come across aggression. Free access to information and the possibility to voice one’s opinion, which were supposed to act as catalysts for greater social equality, have become an area for giving vent to frustration.
The recent social transformations and access to new technologies favour anonymous aggression. Paradoxically, the forced cohabitation in large urban agglomerations increases the sense of alienation. Social divisions, xenophobia, fear of confrontation – all of it compels us to knock on the ceiling with a broomstick or on the radiator with a fork in order to quiet down the neighbour, or hit the keyboard to deaden our own irritation.

The installation consists of a fork moved by an automated mechanism that processes negative comments found under articles on Polish internet portals. The moving fork hits the radiator. The movement resembles the functioning of a seismograph needle, which measures the activeness of the Earth’s crust. What follows is a translation of a virtual dialogue into a very real method of primitive communication, which reflects the intentions of the discussants. 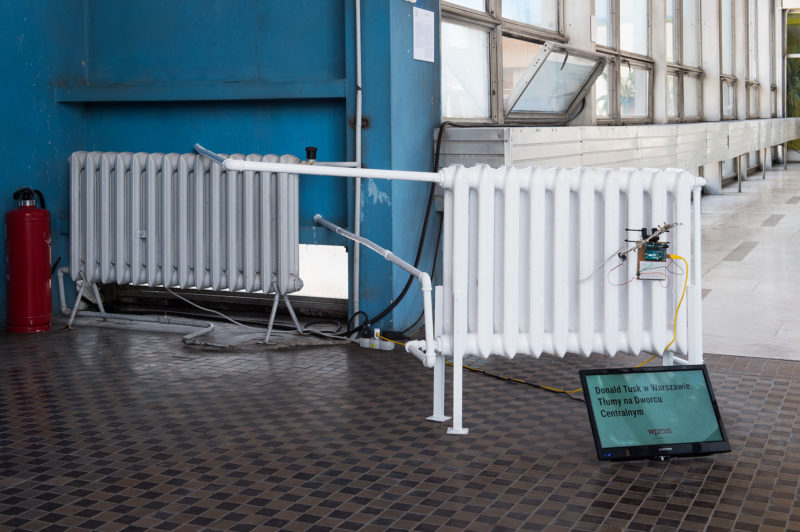 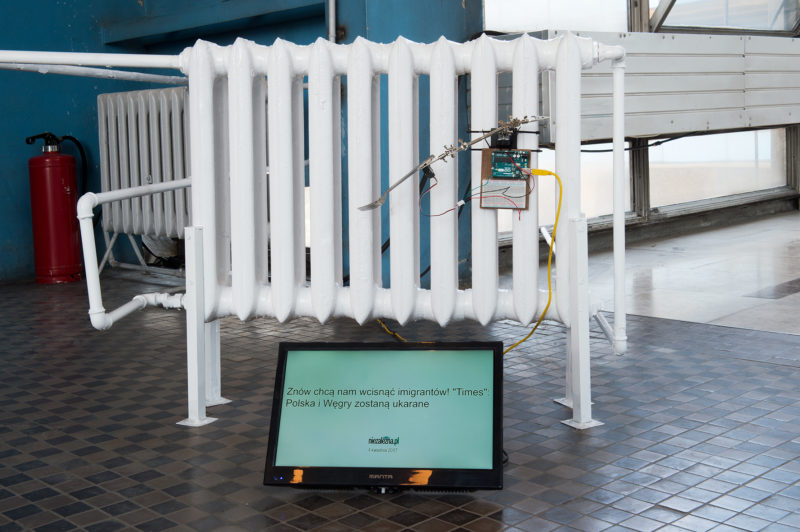 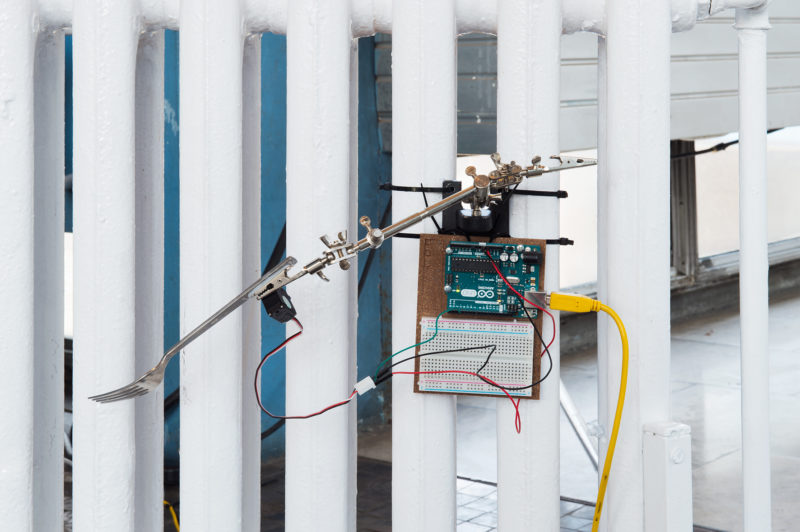