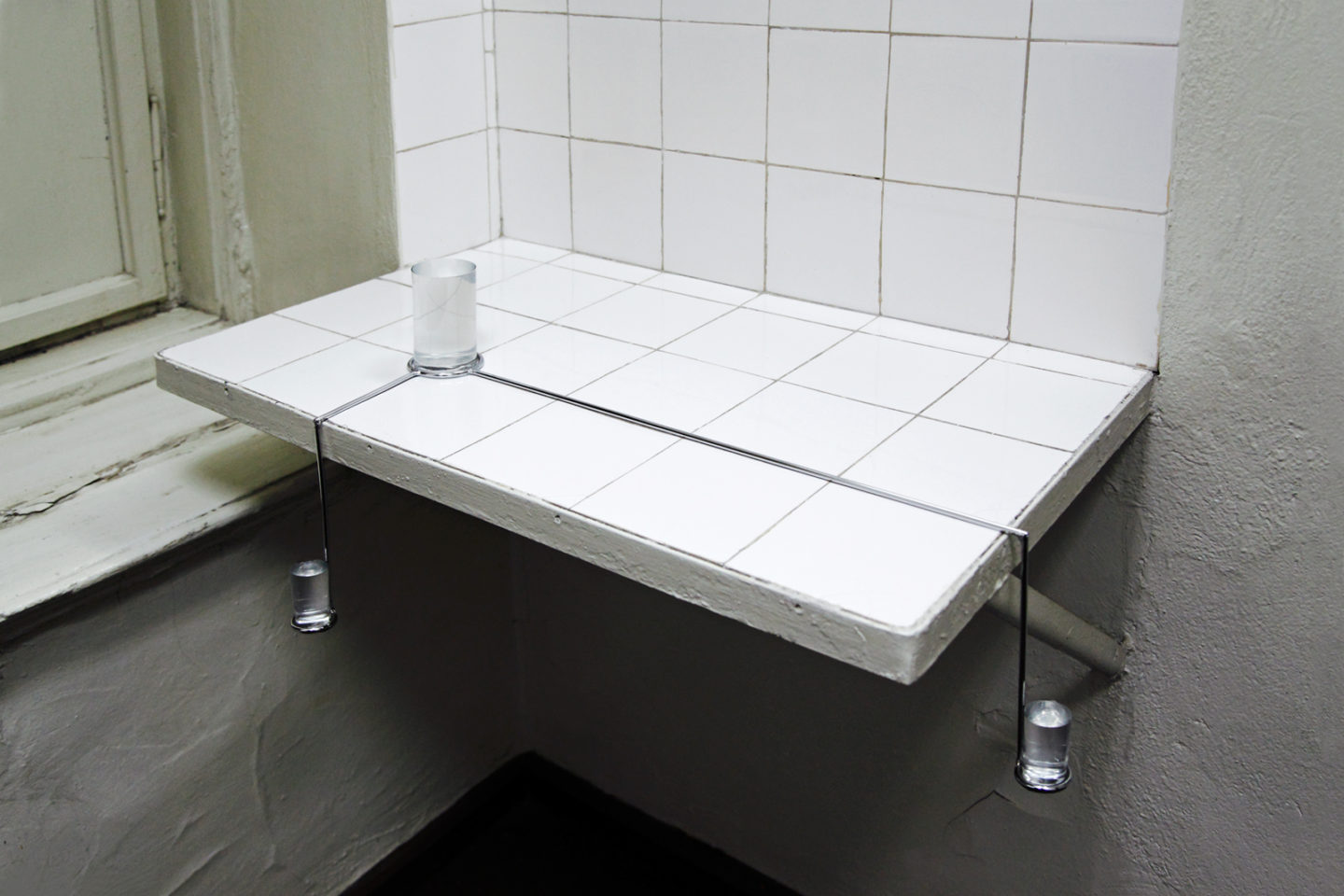 In his practice, Krystian Truth Czaplicki uses forms that are both ascetic and elegant. He makes minimalist objects that subtly interfere with the existing space. His craftsmanship and attention to detail make these seemingly inconspicuous works prompt the viewer to deeper reflection, which leads to gradual uncovering of their intellectual potential.
The objects which Truth prepared for SURVIVAL, lined up on the shelves and tables of the Faculty of Pharmacy and containing various mixtures of liquids, at first sight seemed to be utilitarian objects found in the building. However, it was their highly aesthetic appeal that made the viewer aware of the fact that they were artworks. The titles played a very important role – they led the recipient to possible threads of interpretation and made references to complex psychological problems of an individual and multidimensional social problems.