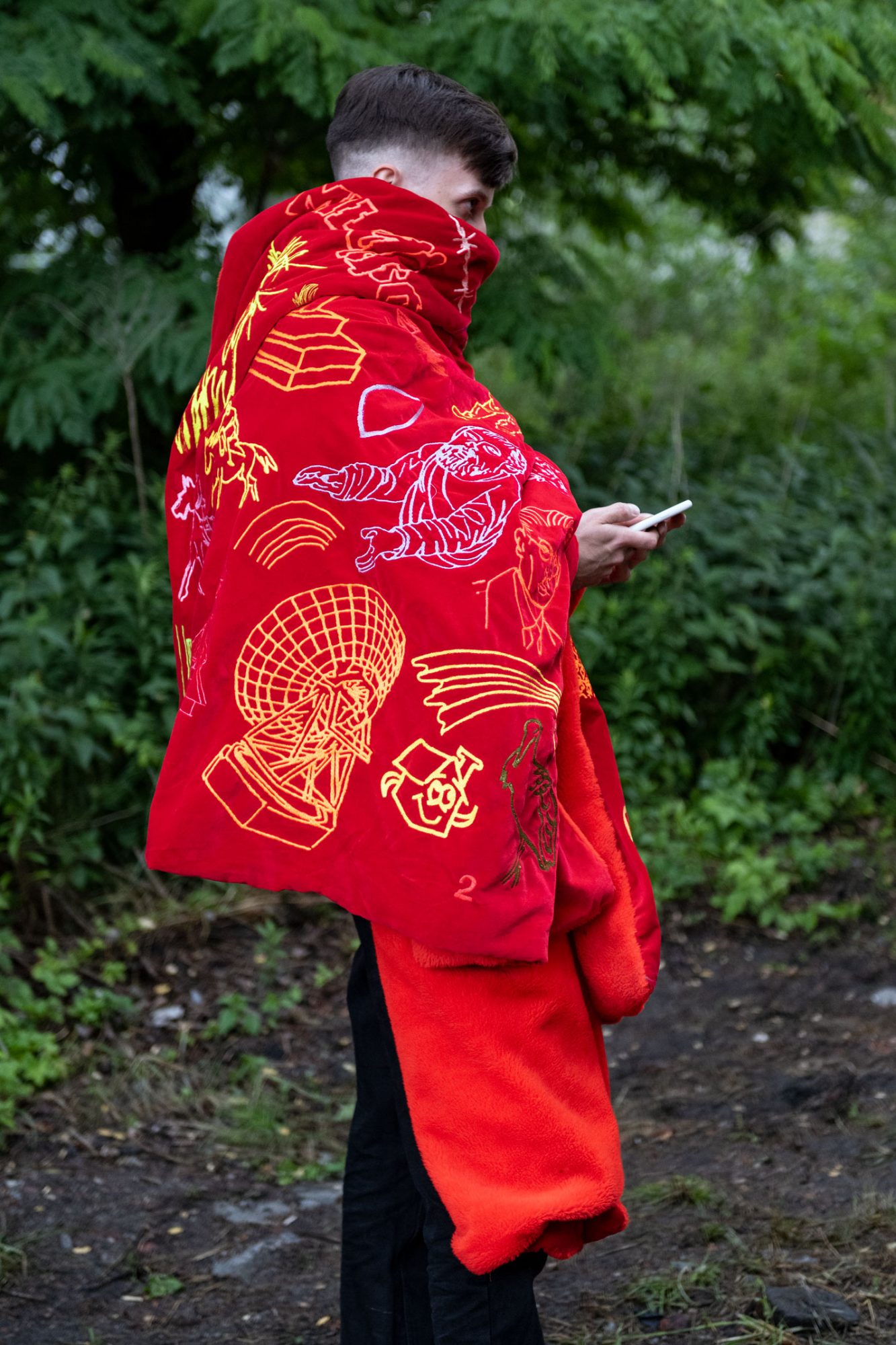 At the beginning of 2019, several dozen Polish counties and communes adopted resolutions declaring their territories as LGBT-free zones. A year later, such regions already made up over 30% of the area of Poland (more than the total territory of Hungary), inhabited by approximately 12 million people. Although the resolutions have no legal effect yet, they sanction homophobia and transphobia. This populist legislation is a symbolic tool for humiliating and dehumanising the Polish queer community. The communes and counties that have proclaimed themselves to be LGBT-free zones seem to take satisfaction in this decision (although many of them are currently withdrawing the legislation due to the suspension of subsidies, especially from the Norway Grants), just as they are proud of the their local products, monuments or history. Drawings inspired by some of the objects of pride of these legislators have been transformed into dozens of embroidered pictures on a blanket made of velvet and faux fur. When viewed without context, the work seems calm, even infantile, but on closer examination it reveals its bittersweet meaning. The blanket is a physical representation of the burden carried by LGBT+ people living in Poland, which has been recognised by the ILGA-Europe association as the most homo- and transphobic country of the EU, based on a survey of national legislations. The work is the starting point for a performative activity, during which the artist, wrapped in the blanket, interacts with SURVIVAL’s audience. 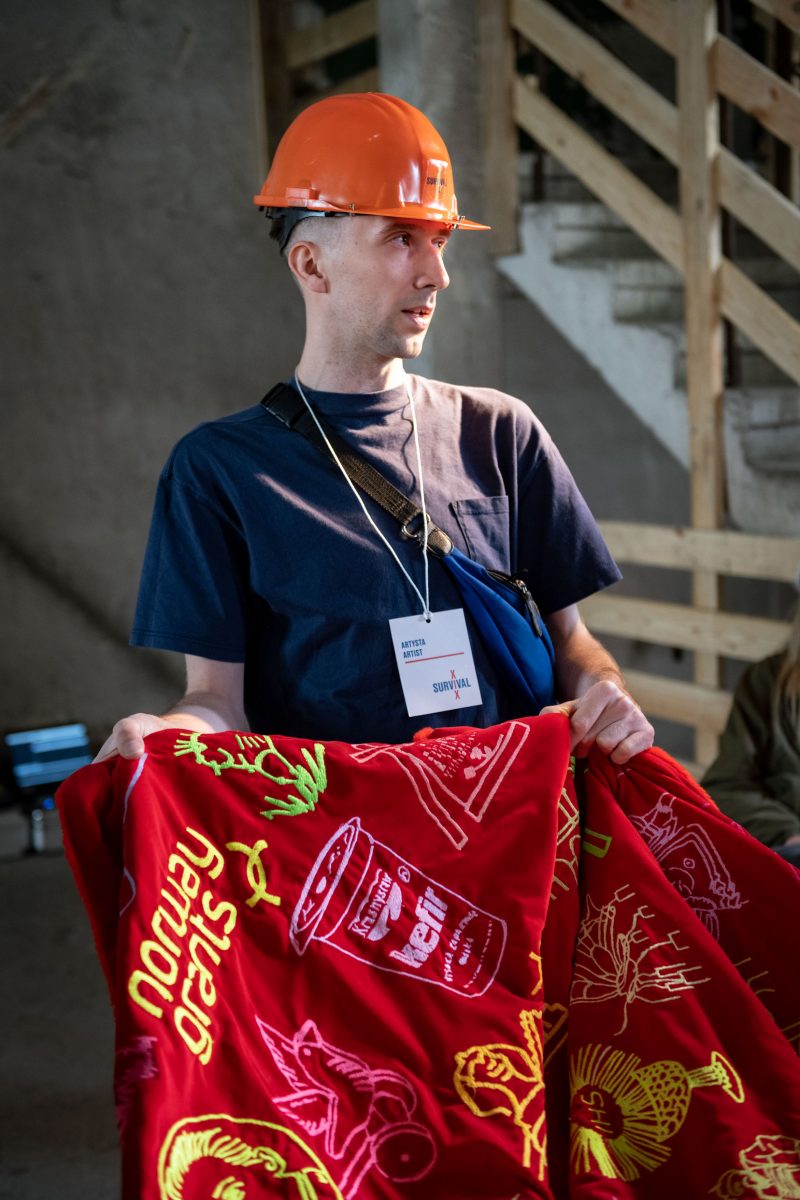 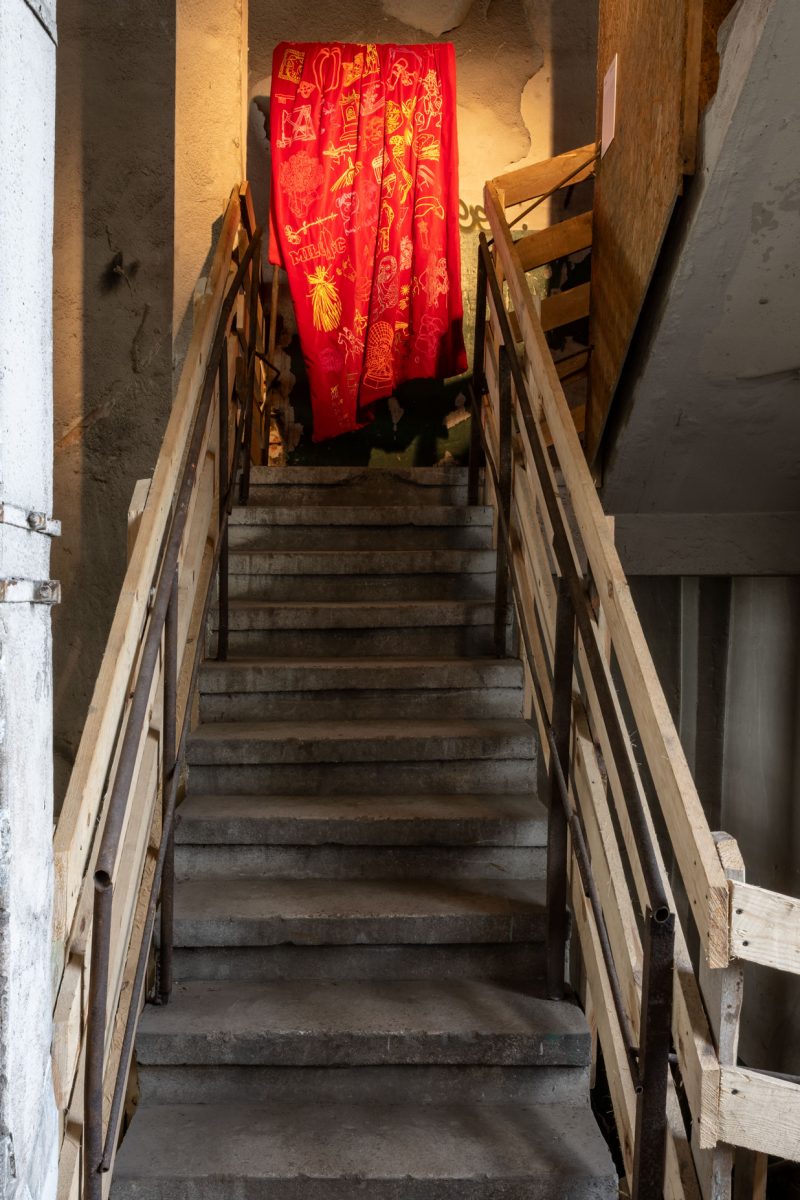 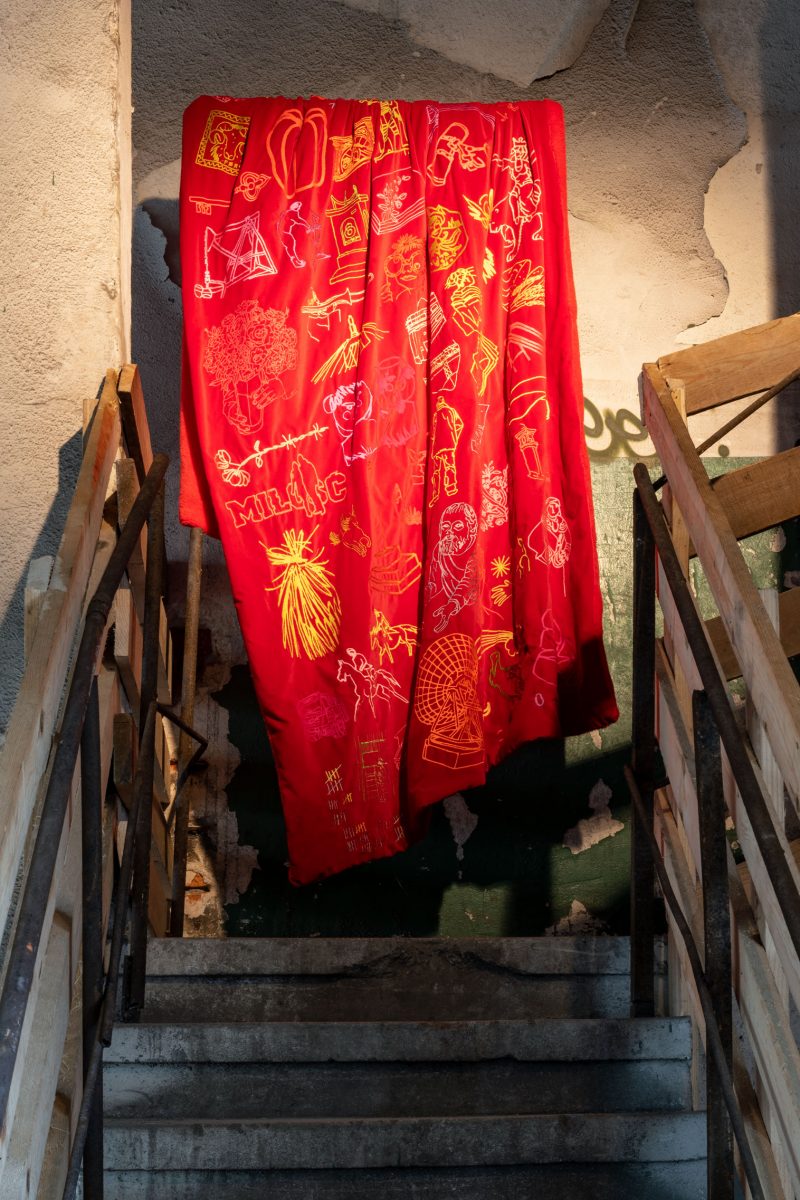 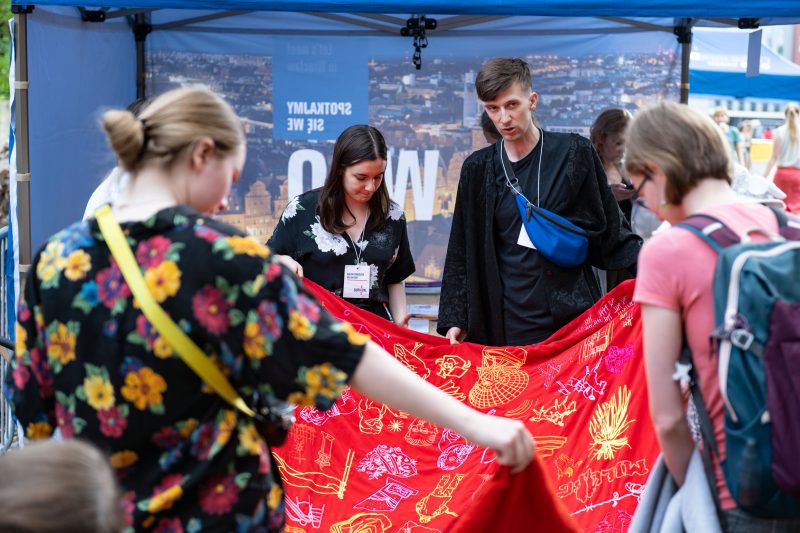 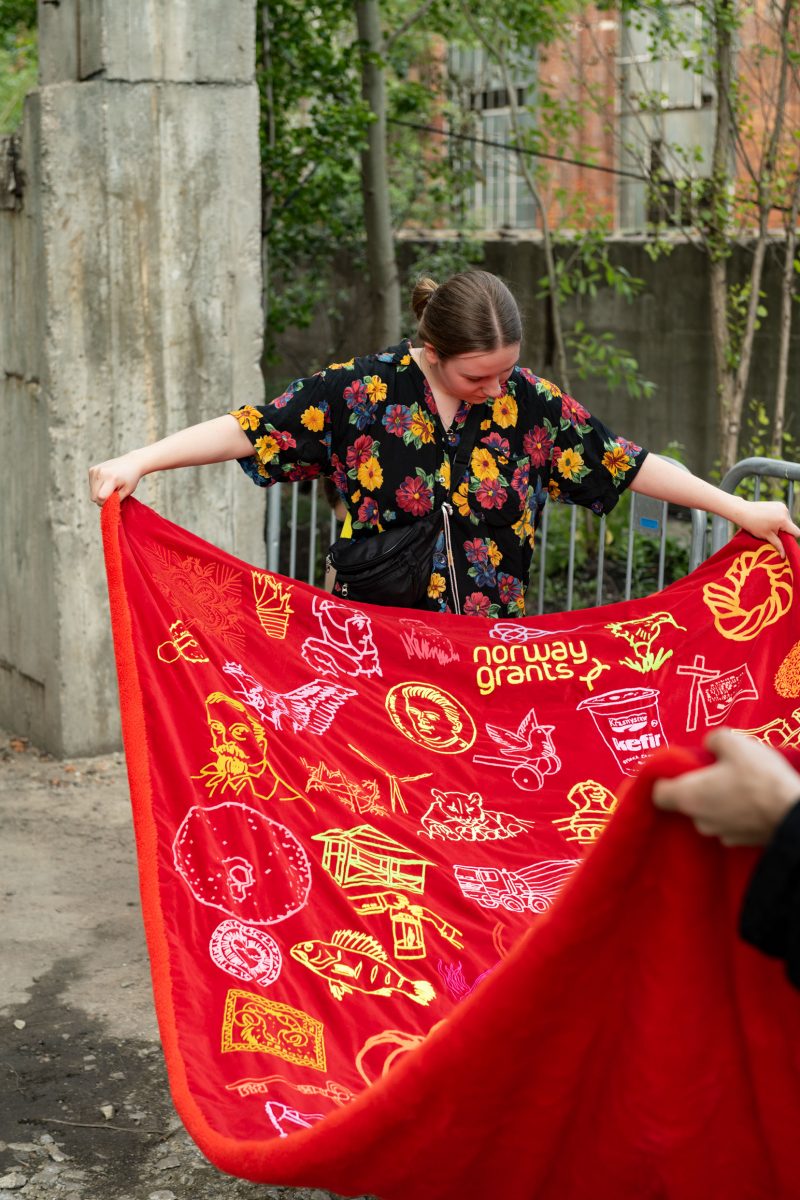 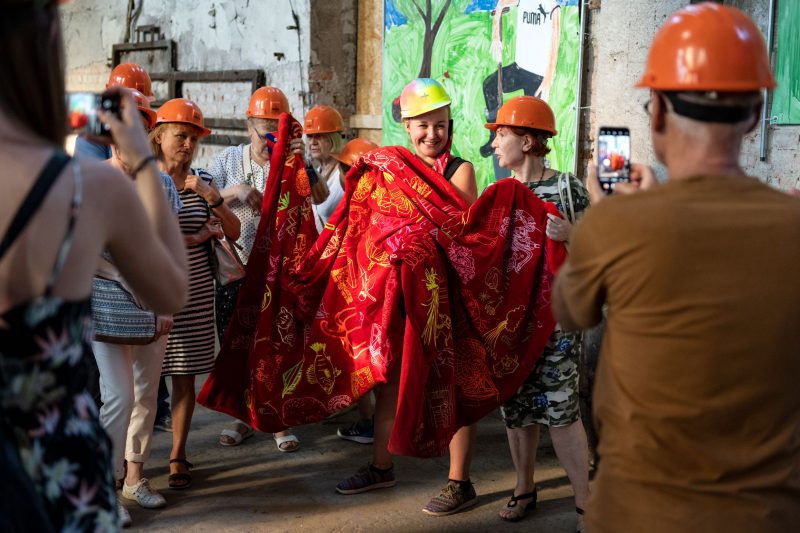 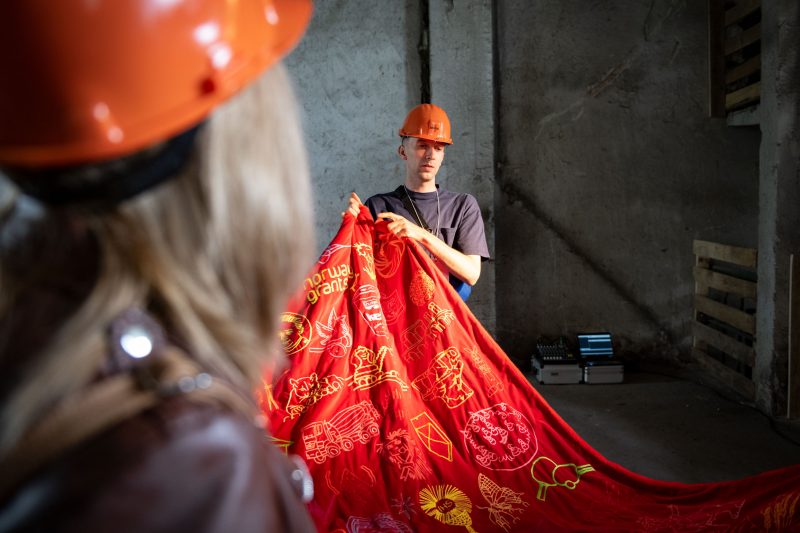 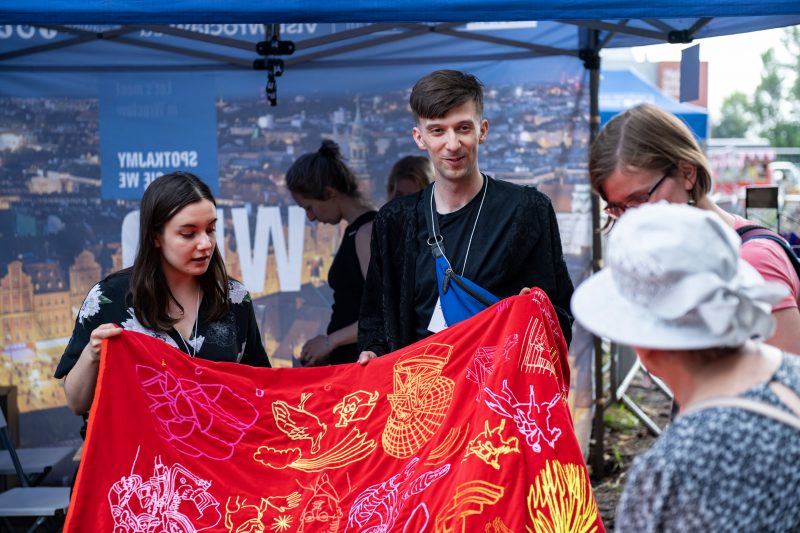