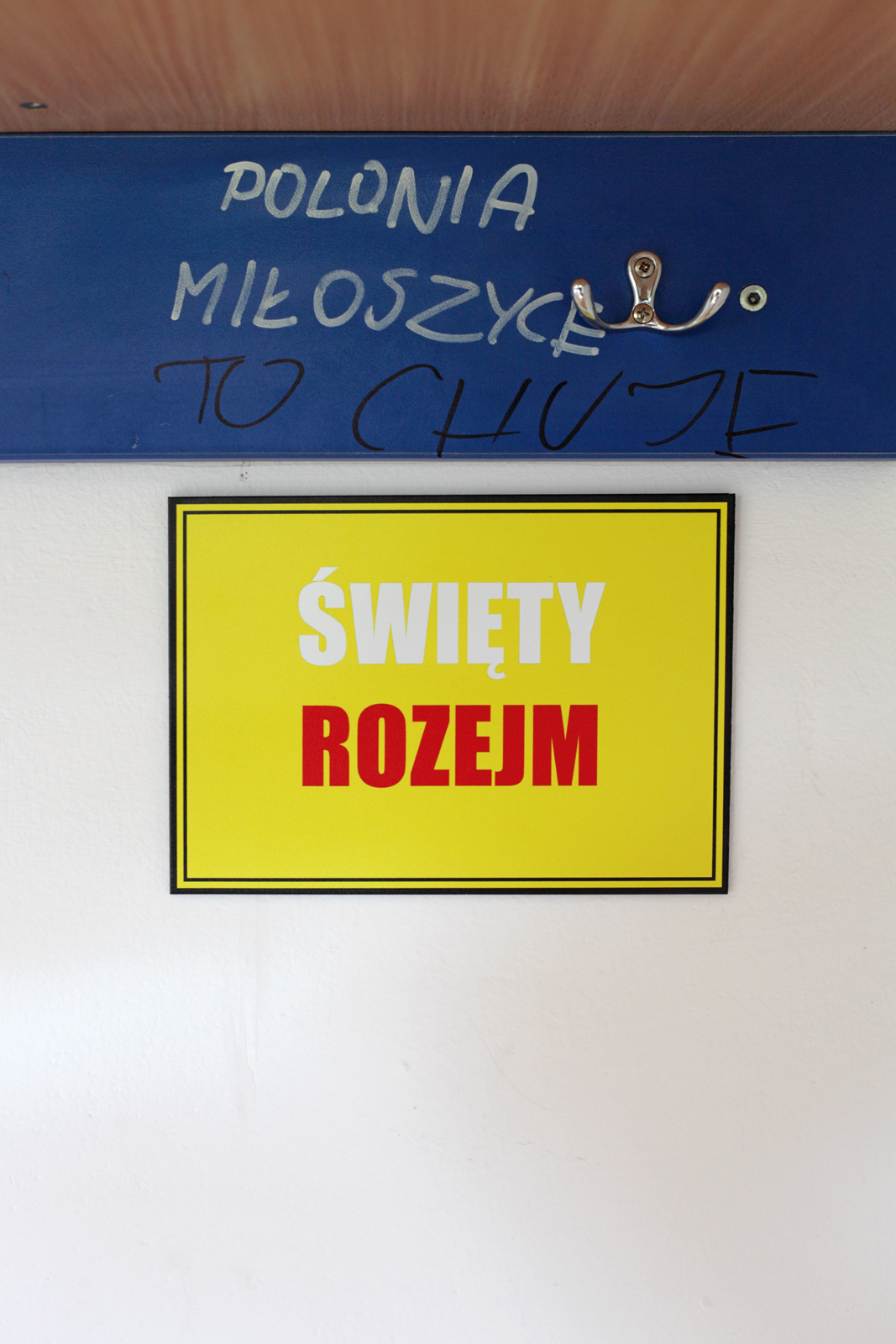 The ‘sacred truce’ (Greek ekecheiria) was a law in ancient Greece which suspended any fighting or military activities during the period of the Olympics. The truce, lasting between one and three months, made it possible to hold the games and enabled the competitors to travel both ways. The artists created a plaque with the title phrase, which was made to look like a notice board warning of danger. Situated in a locker room, next to vulgar inscriptions addressed towards fans of other teams, it constituted a meaningful commentary about struggles between clubs which take place in the name of cheering and supporting the favourite team. 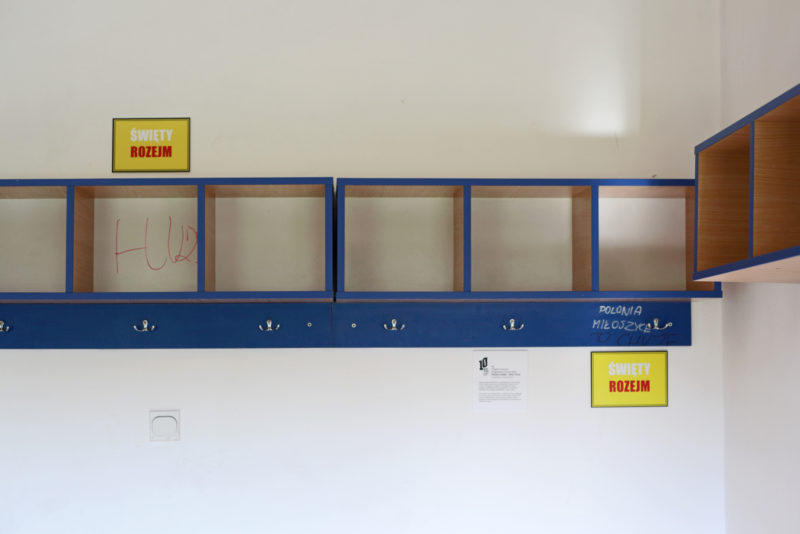