[…] The symbiotic relationship of man and nature, which has been discussed for centuries, is the subject of the video Symbiosis (group of artists: Felix Müller, Johanna Eichenberg, Nikoletta Angelidou, Fathi Gasimli, Nicolas Imbert and Dylan Kerr). Preceded by an anonymous quote from the Nakhchivan Autonomous Republic of Azerbaijan – “You tell your nightmare so that the water would clear your bad dream and take it away from you,” the film is an abstract and laconic story told in the visual language of camp. The ambiguity and understatement of Symbiosis deliberately tasks the viewer with the need to interpret the narrative and finale of the short film, in which we watch the hero looking at the screen, allegedly torn in the fight between life and death. Since the work is situated at the end of a corridor, the projection creates a para-mirror situation in which the viewer is looking at the viewer; at the same time, it serves as an introduction to works presented on the next floor, which are based on intimate confessions, stories, anecdotes and futuristic visions. […] 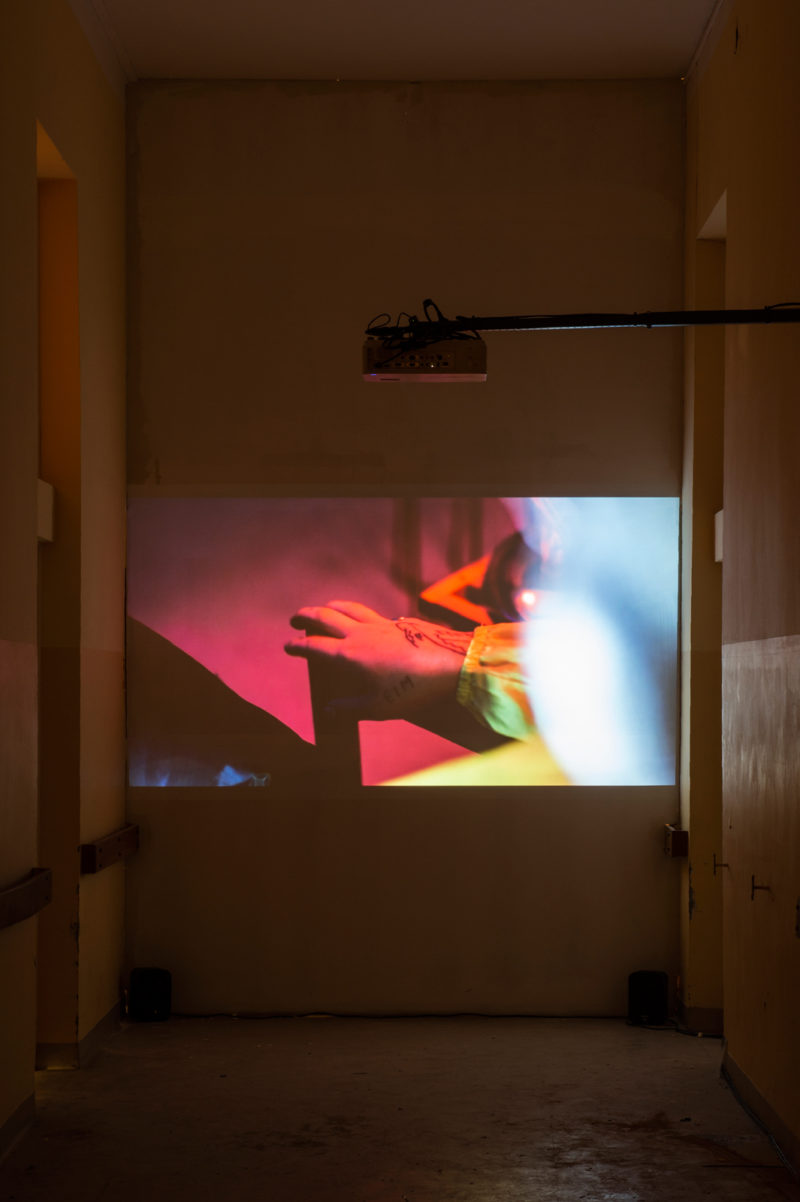