Shaman portrays a special being whose appearance is just as likely to bring to mind 17th-century depictions as ufological visions from the second half of the 20th century. The painting captures the unsettling phenomenon of ascending and descending body of a strange creature. It introduces and visualises the rich imaginarium connected with “inexplicable” occurrences which, apart from the obvious psychological aspect, are not devoid of certain factual elements. The eponymous shaman could be the Jungian sower of fire or a visitor from another dimension. An alternative interpretation would highlight the special garments worn by the shaman who, in order to maintain his position in primitive cultures, must constantly reassert various taboos. 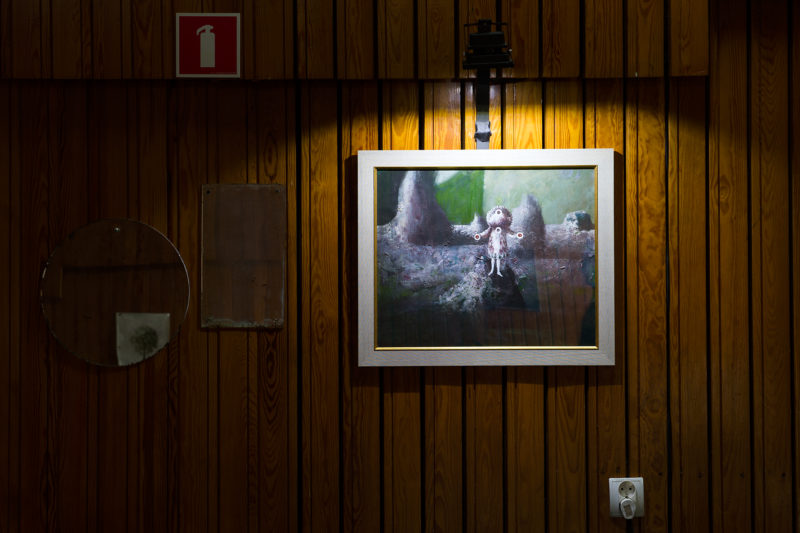