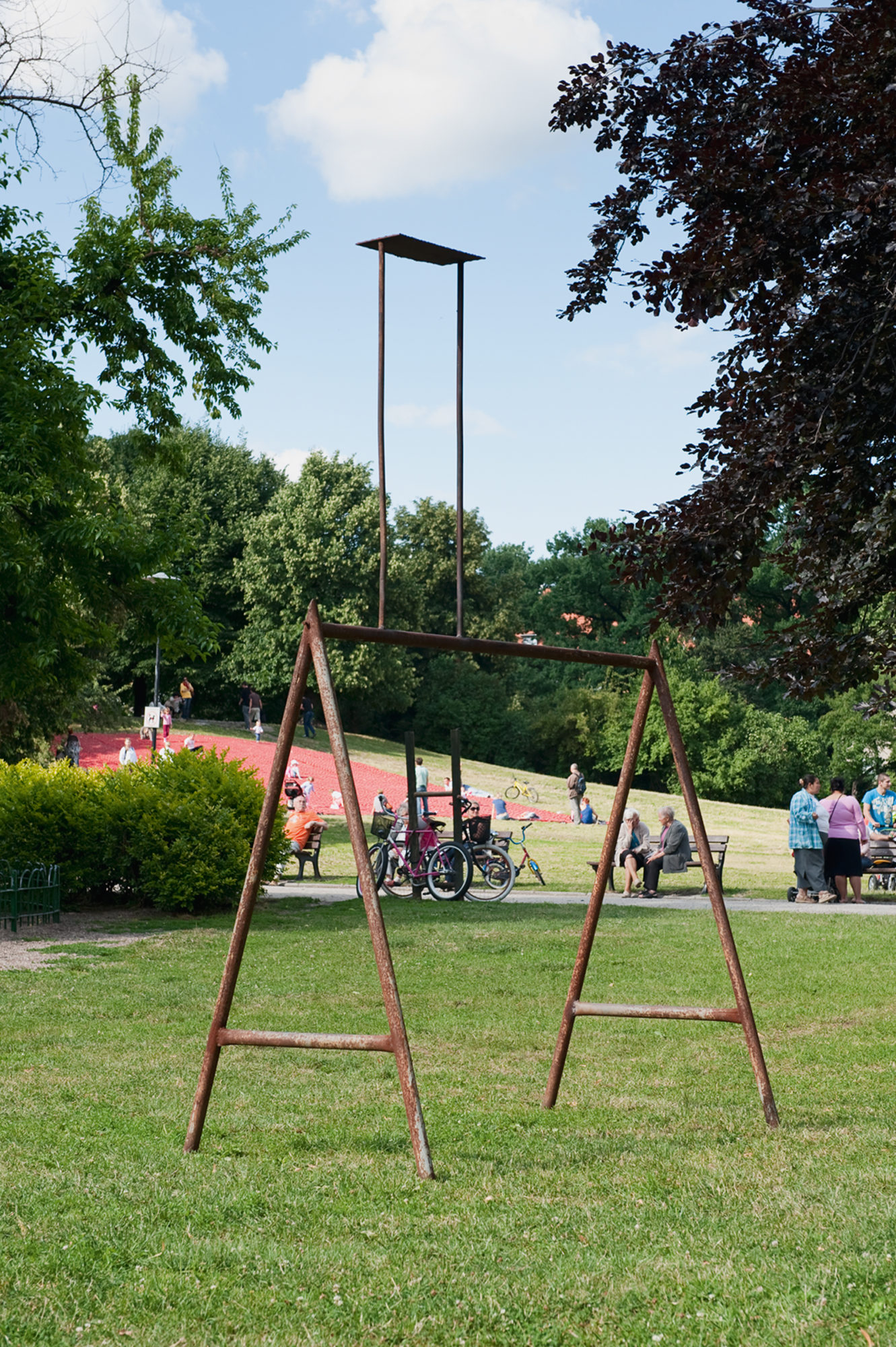 Thanatosis is a biological phenomenon of freezing, being motionless, in response to an external stimulus. The object under this title, created by Piotr Macha, was made from a rustled swing for children. In this minimalist construction, the seat was immobilized – high above the crosspiece. Frozen in the middle of an acrobatic trick, the object gave an impression of abruptly stopped play. The installation was placed in the proximity of a fenced off playground. Against the background of a lively and dynamic place, its static form became dead and invisible, just as it was intended.