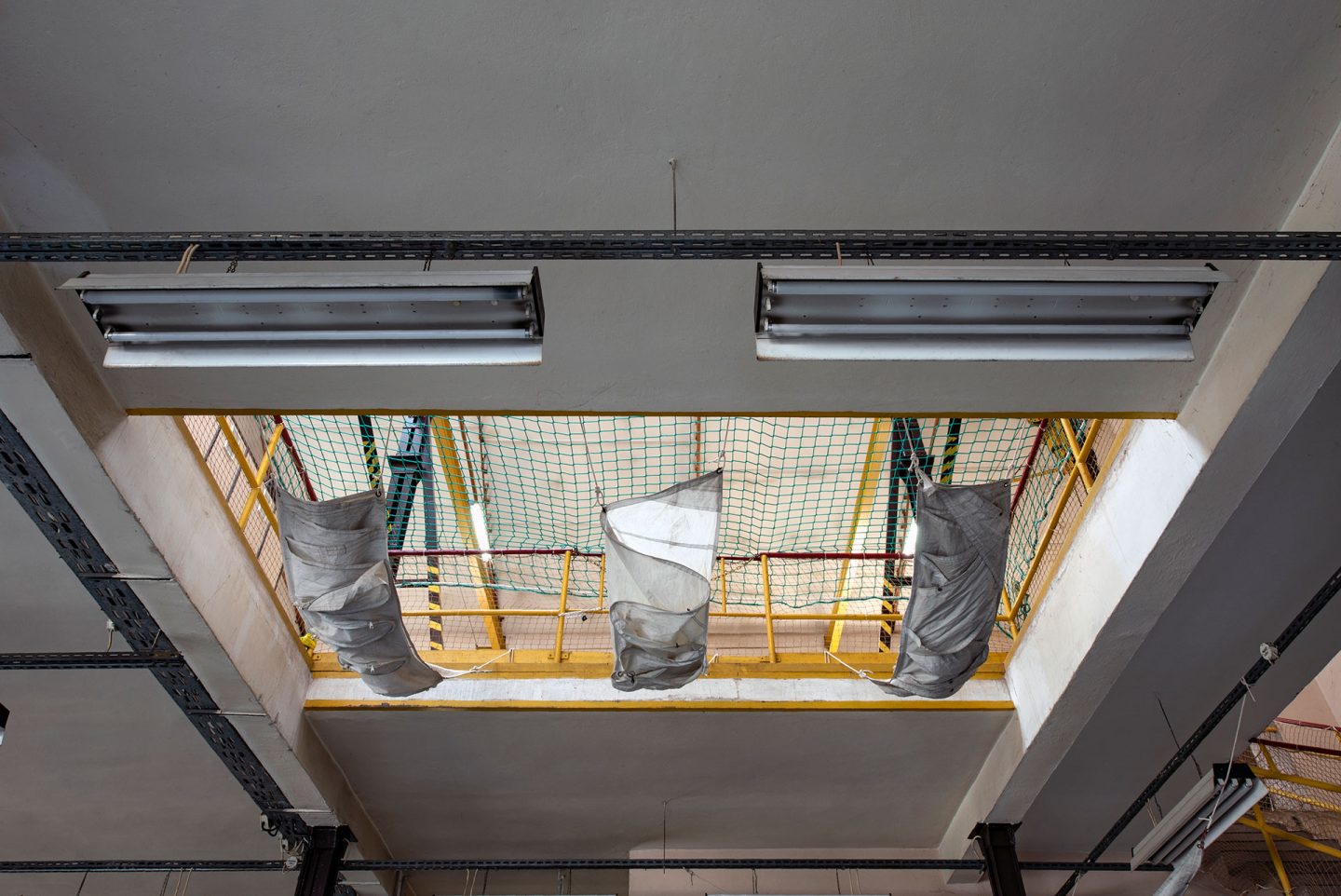 The first part of the title refers to the fifth paragraph of the poem The Waste Land by T.S. Eliot: Damyata: The boat responded / Gaily, to the hand expert with sail and oar / The sea was calm, your heart would have responded / Gaily, when invited, beating obedient / To controlling hands. The second element constituting the title is an asteroid discovered in 1854 and named after the Greek goddess Amphitrite – the goddess-queen of the sea, wife of Poseidon, who was the personification of the beauty of the sea and whose name was frequently given to vessels. The execution of the work emphasises its double character – the installation was intended as a place of rest, but the narrow, organic shapes made of dirty and often torn sails may arouse anxiety, contrary to the reassuring title. Similarly, the cultural significance of hammocks is ambiguous – today, they are associated primarily with pleasure and rest, but, as an object brought to Europe from South America and the Caribbean by Spanish conquistadors, they are also a symbol of colonialism. 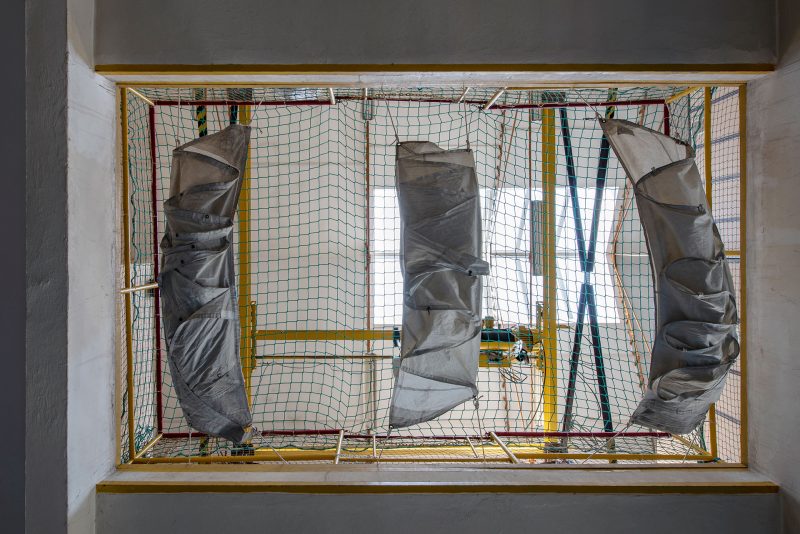 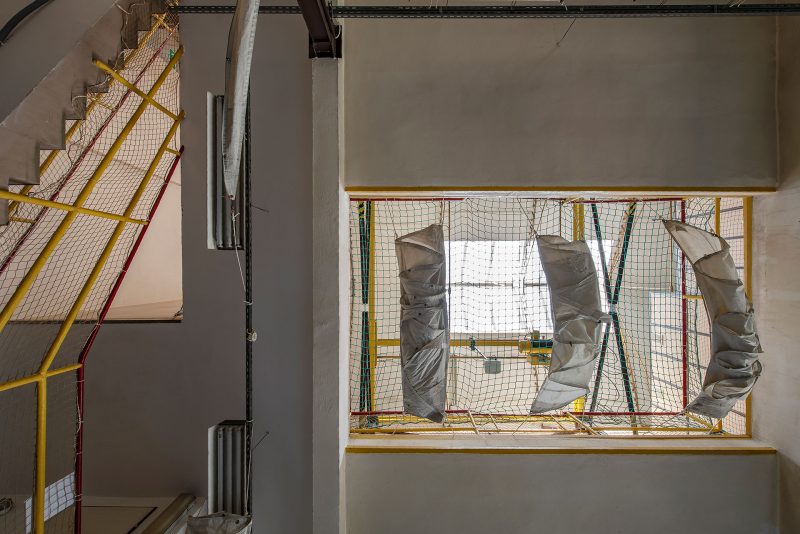 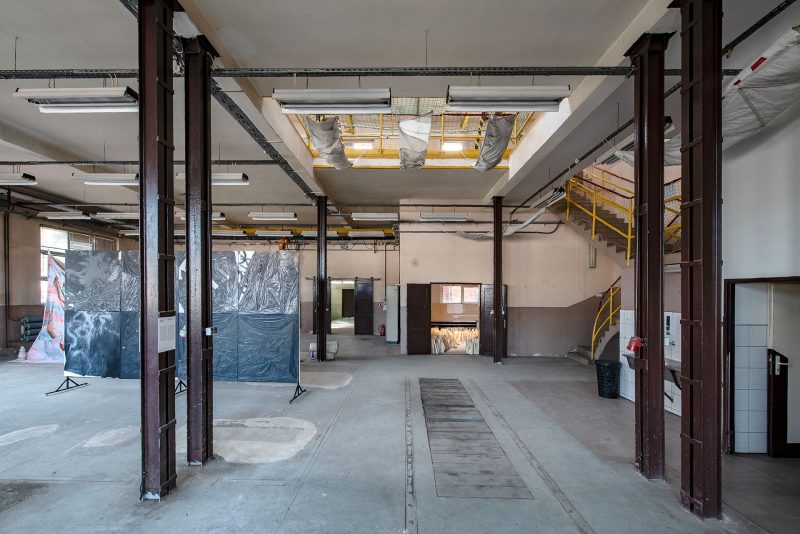 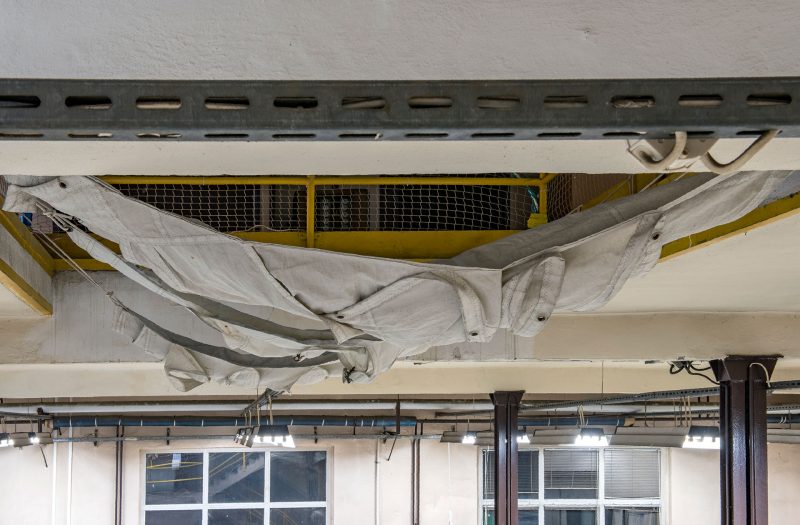 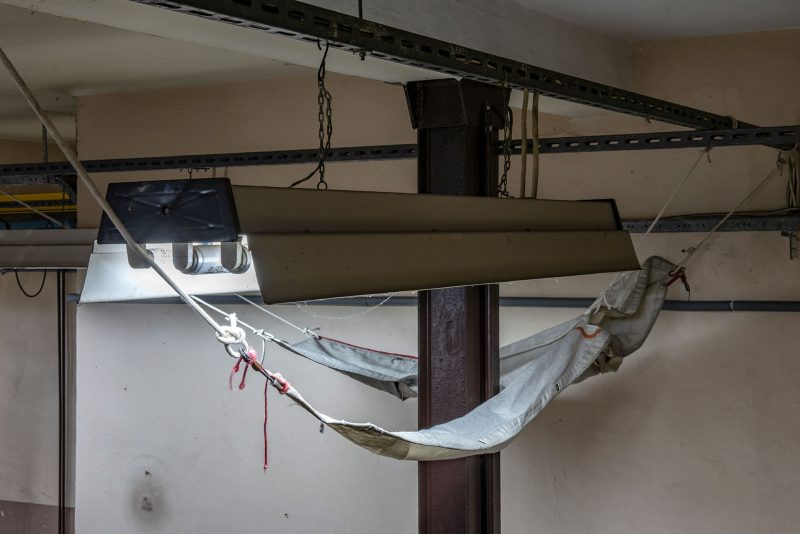 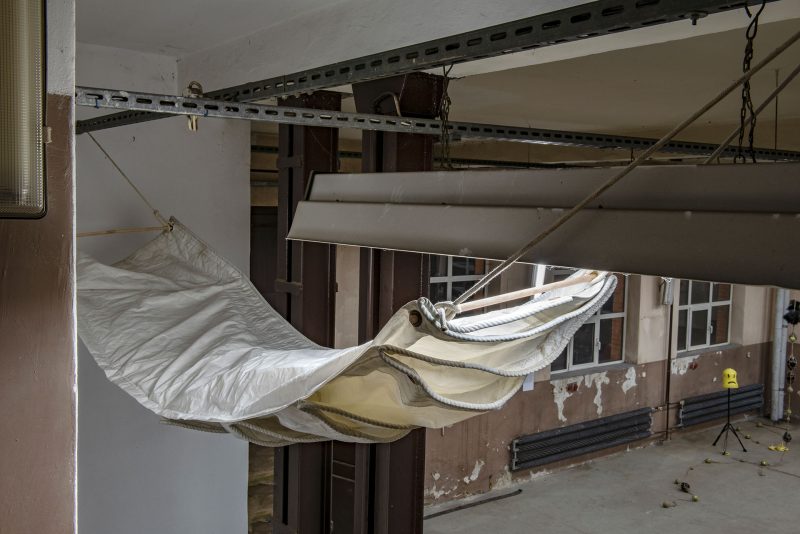 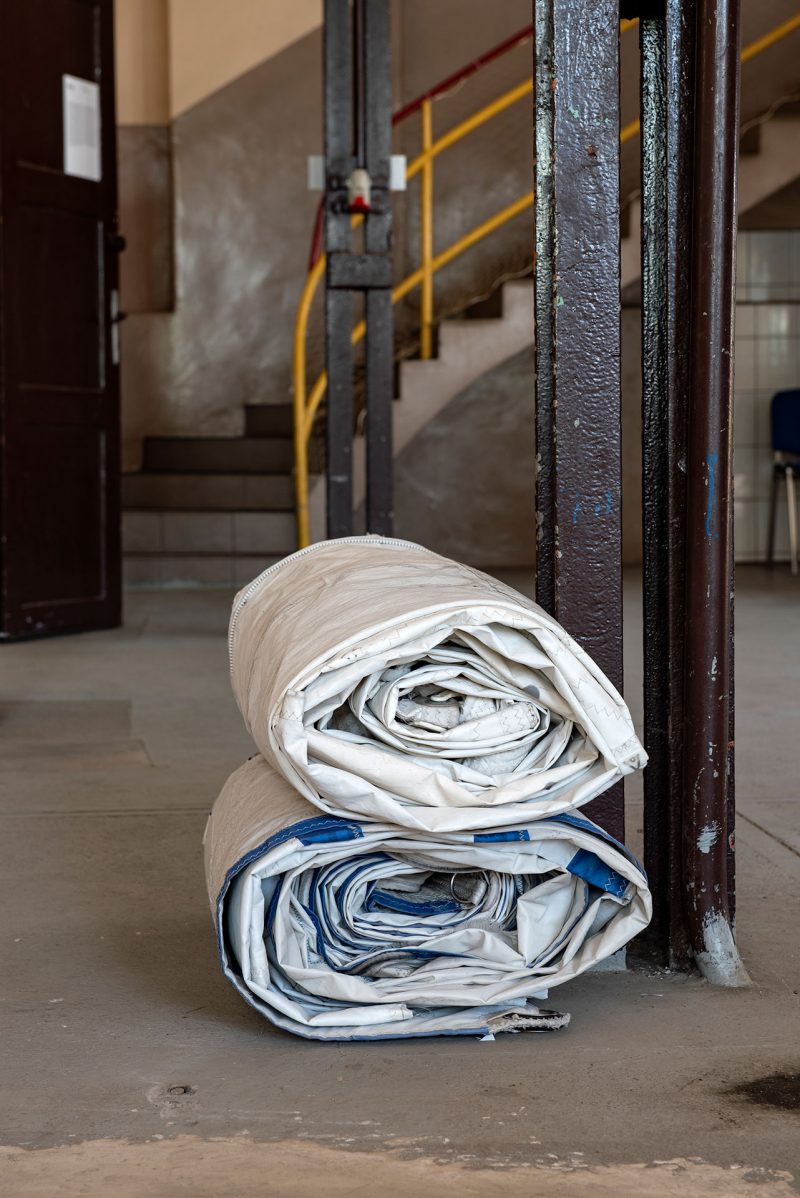