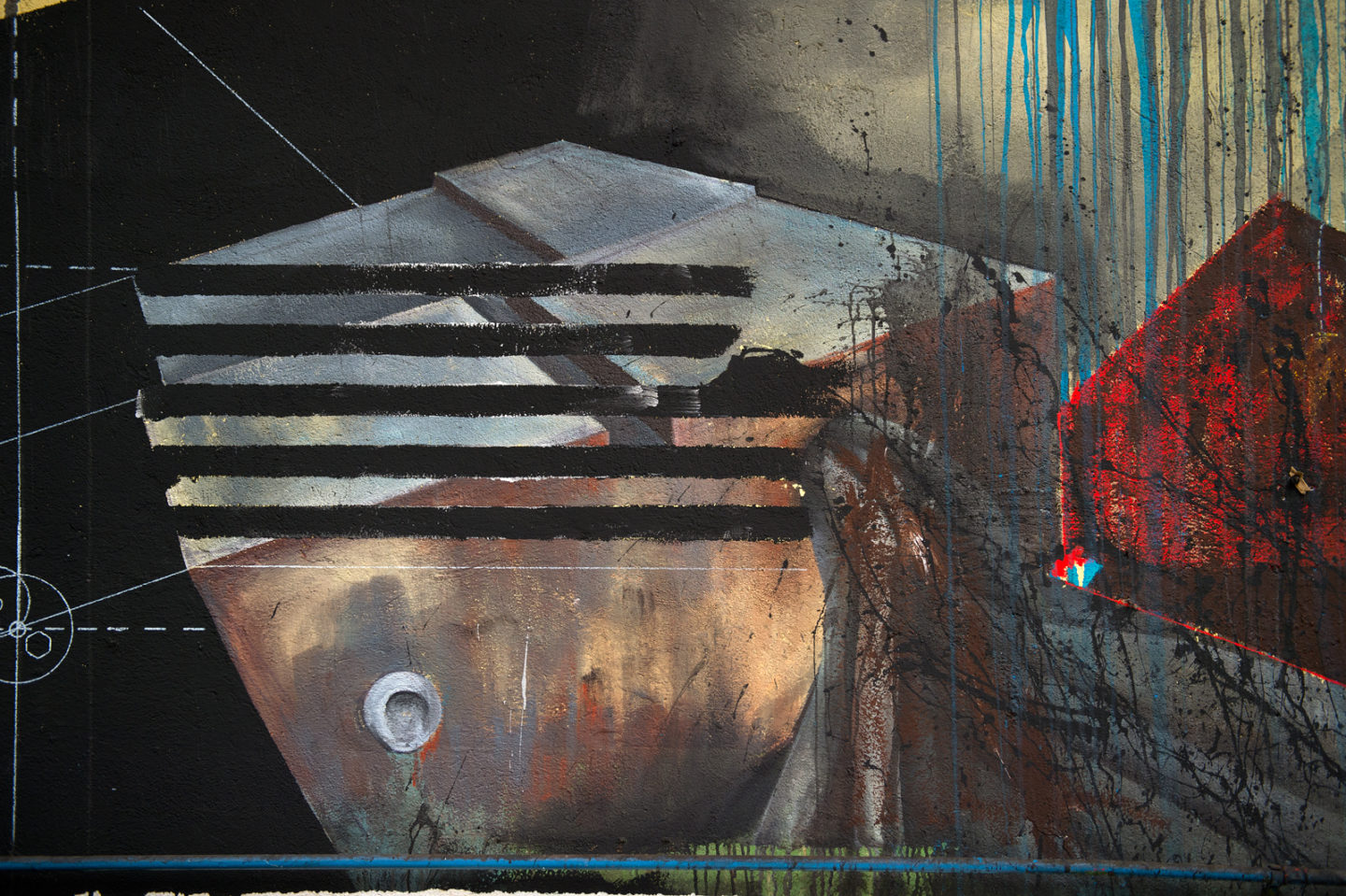 Inside a machine (factory hall) producing other machines (lathes) a new mechanism was created, resembling a complex industrial structure, endowed with a Dadaistic unpredictability by a collective of young painters.
The painting installation visualises various relationships between creation and the industrial process, between mysterious alchemical workshop and the artistic process. The overlapping and interaction of forms, which are actually incongruent, may also illustrate mechanisms of contemporary aesthetics, which increasingly involves the transfer of visual forms of incompatible categories.
The featured piece is the result of collective work. It draws upon traditional methods of production in which several artists worked on one piece, applying successively each of its elements according to their specialisation (the figures, the scenery, the folds of the robes), almost analogously to the production line. 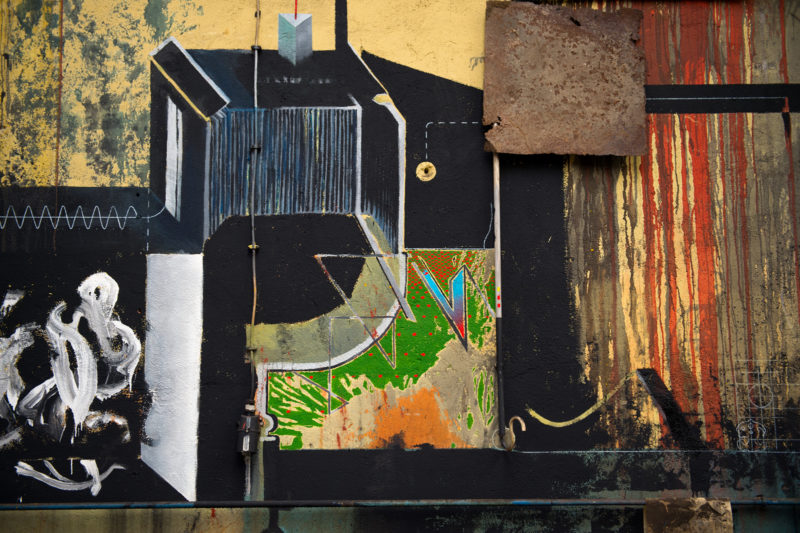 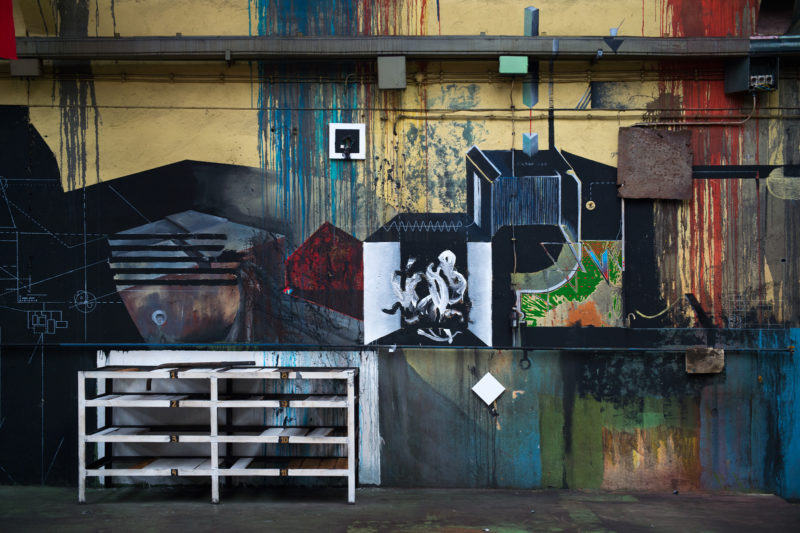 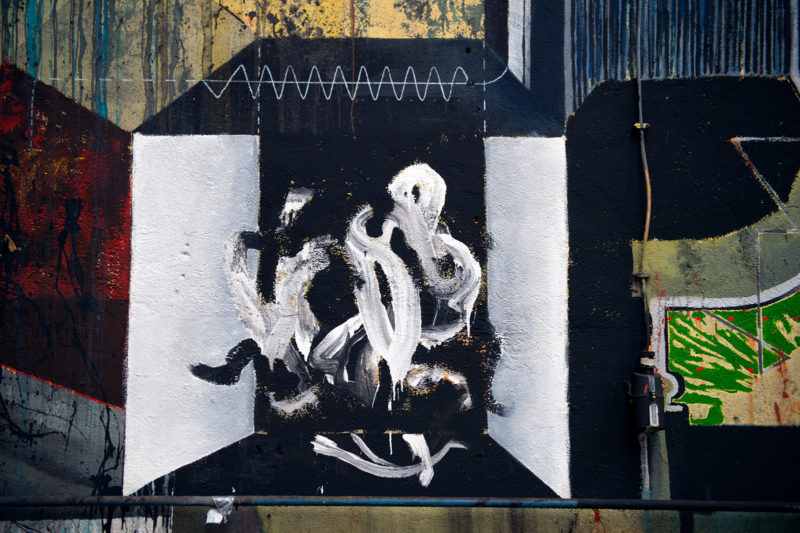 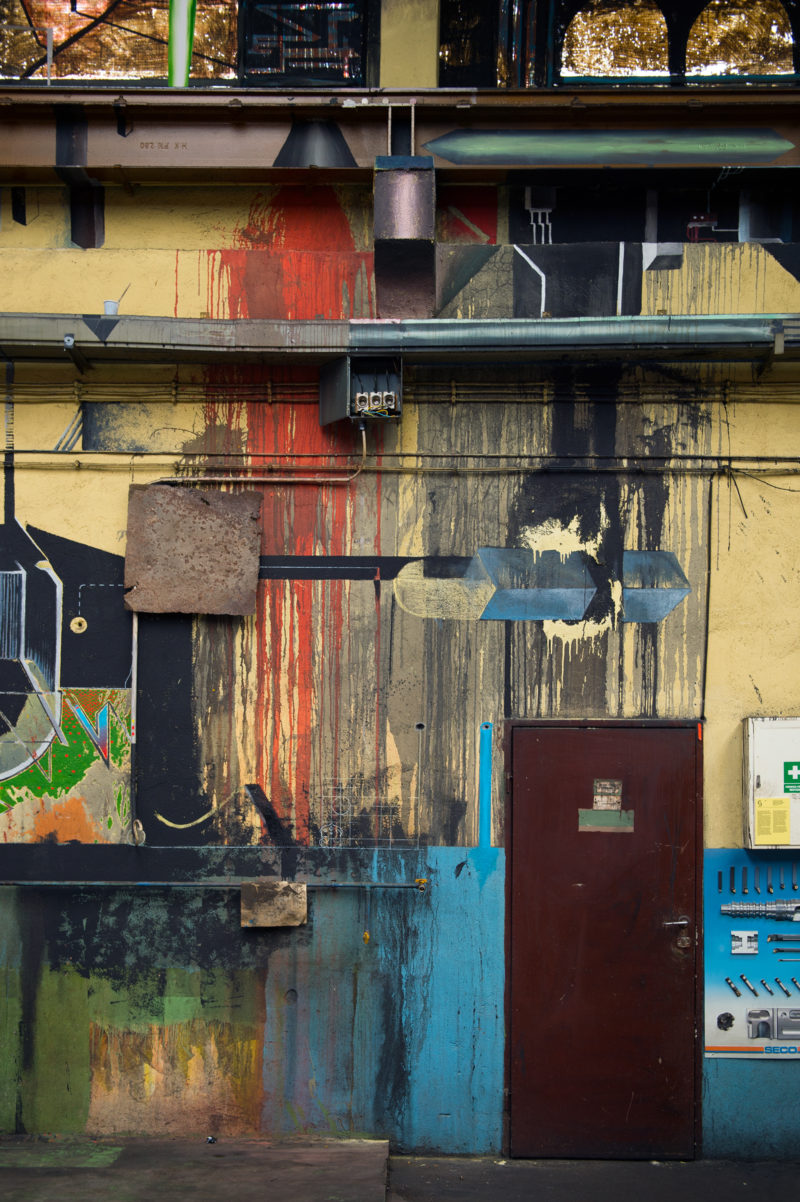 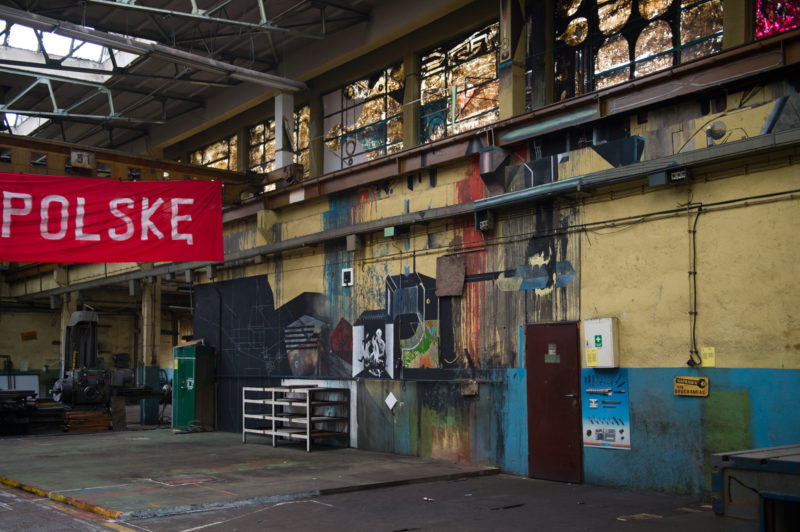 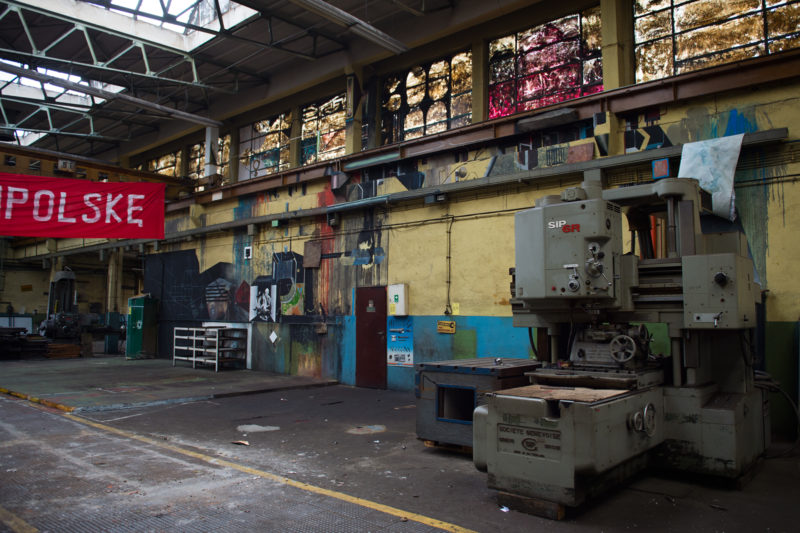 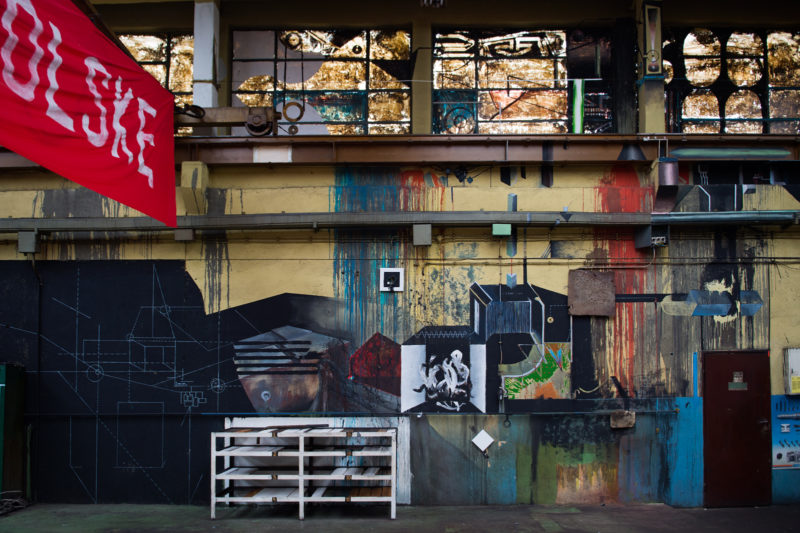 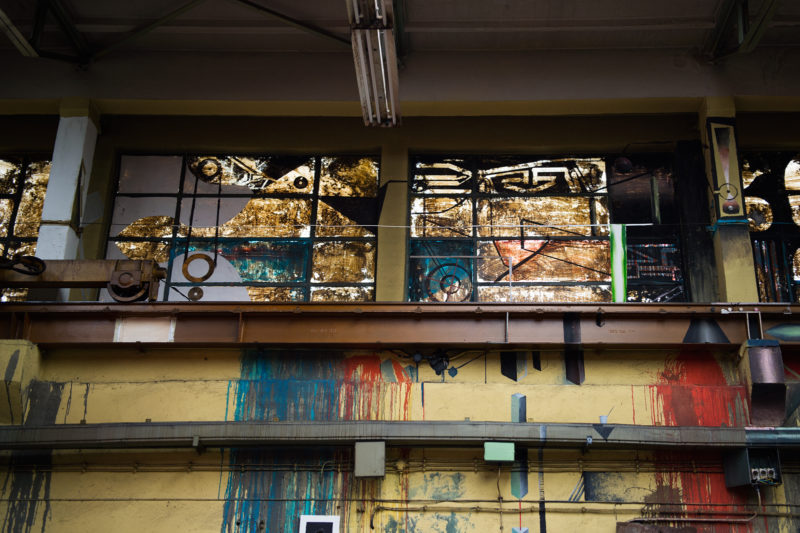 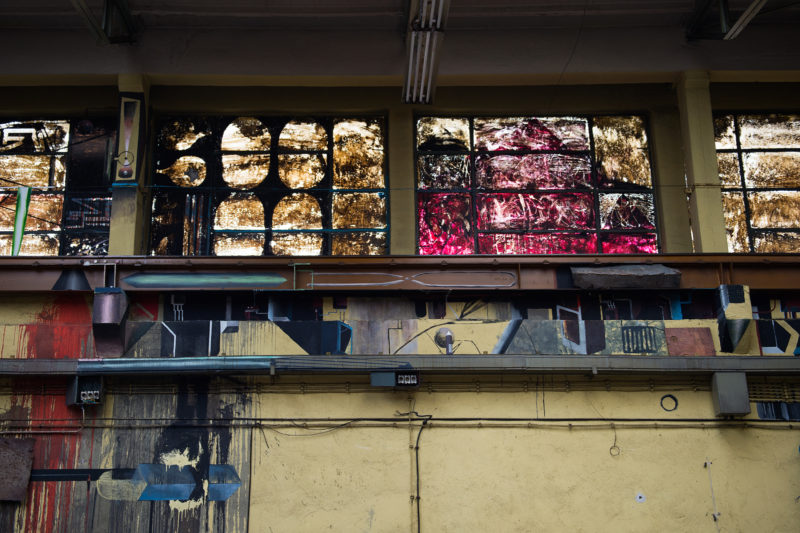 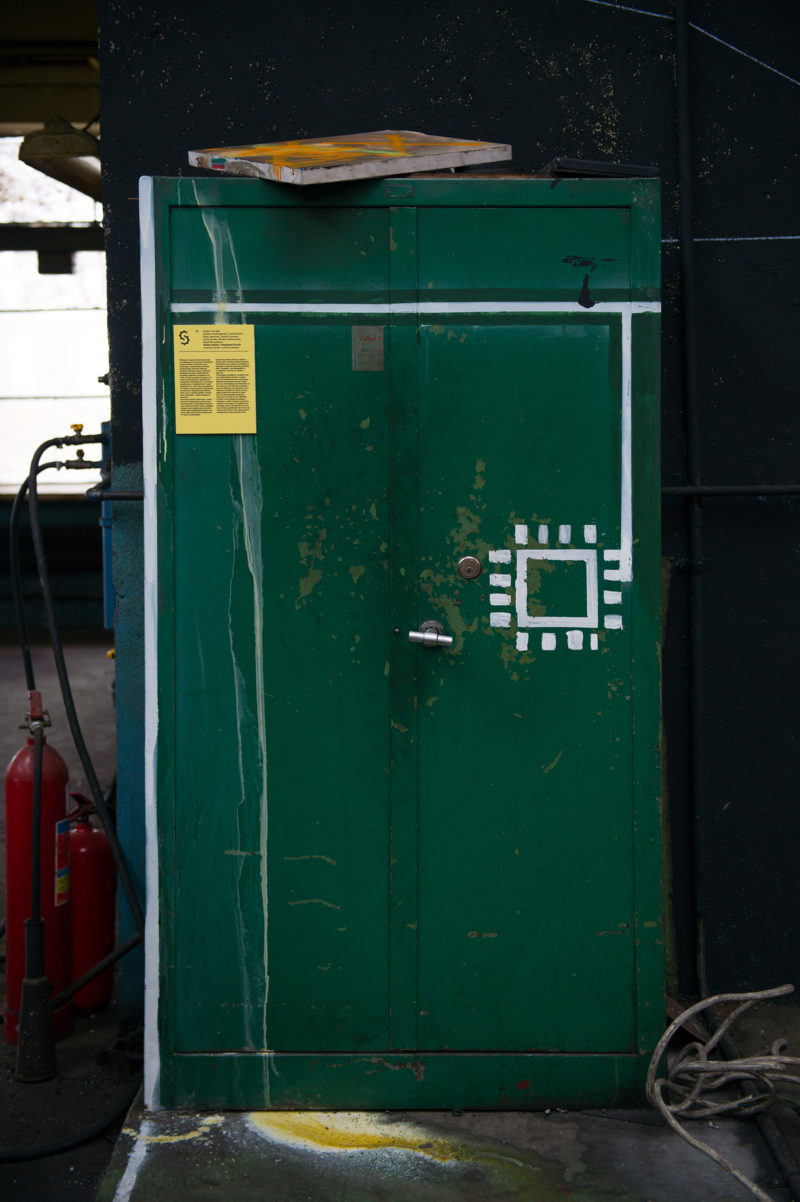 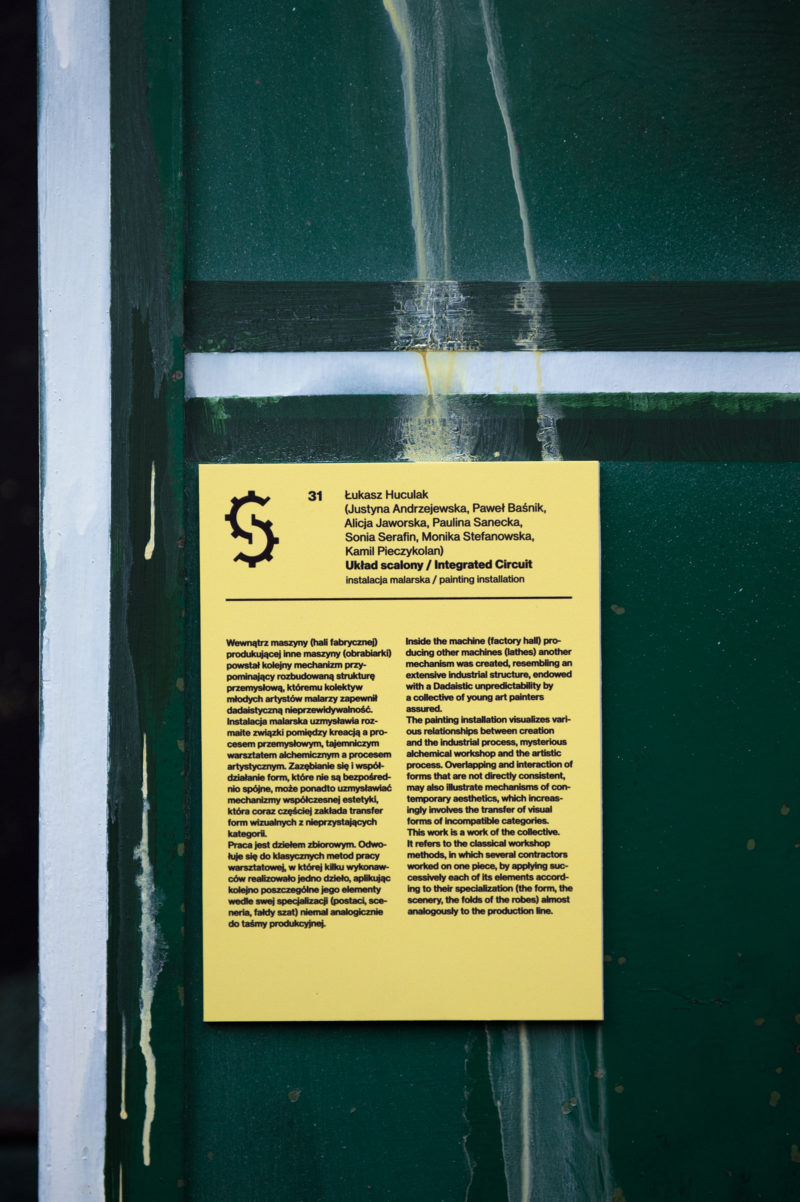 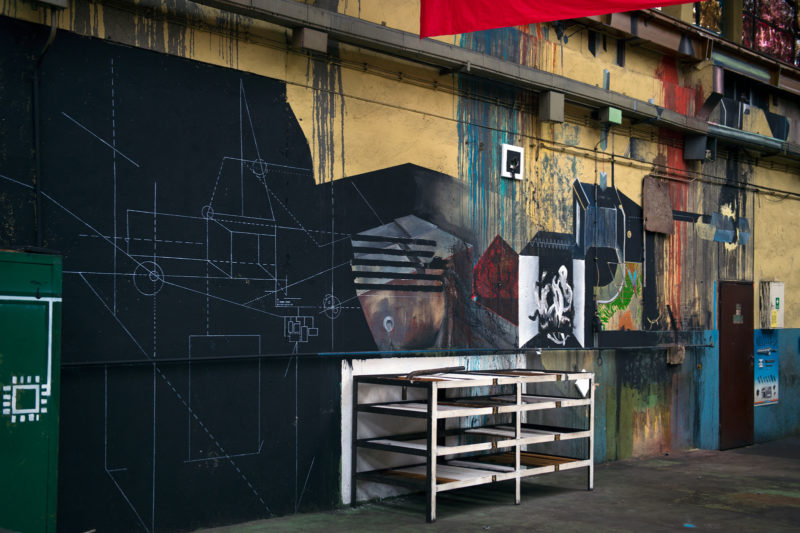 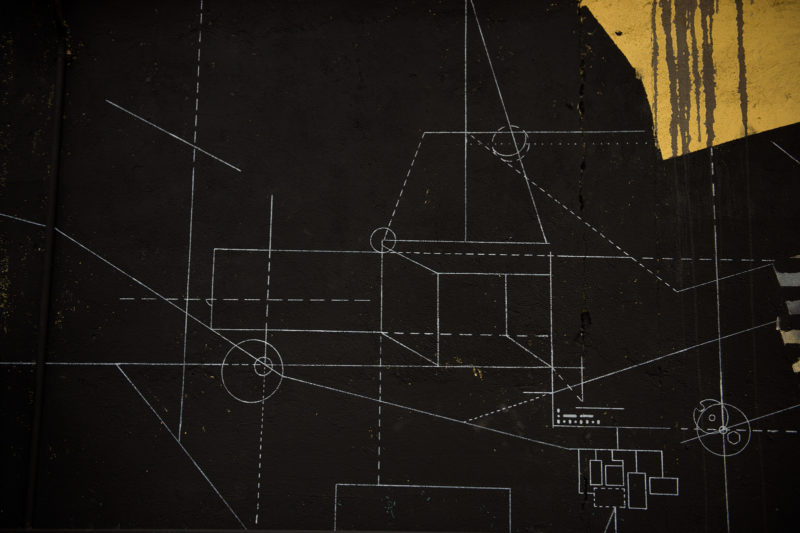