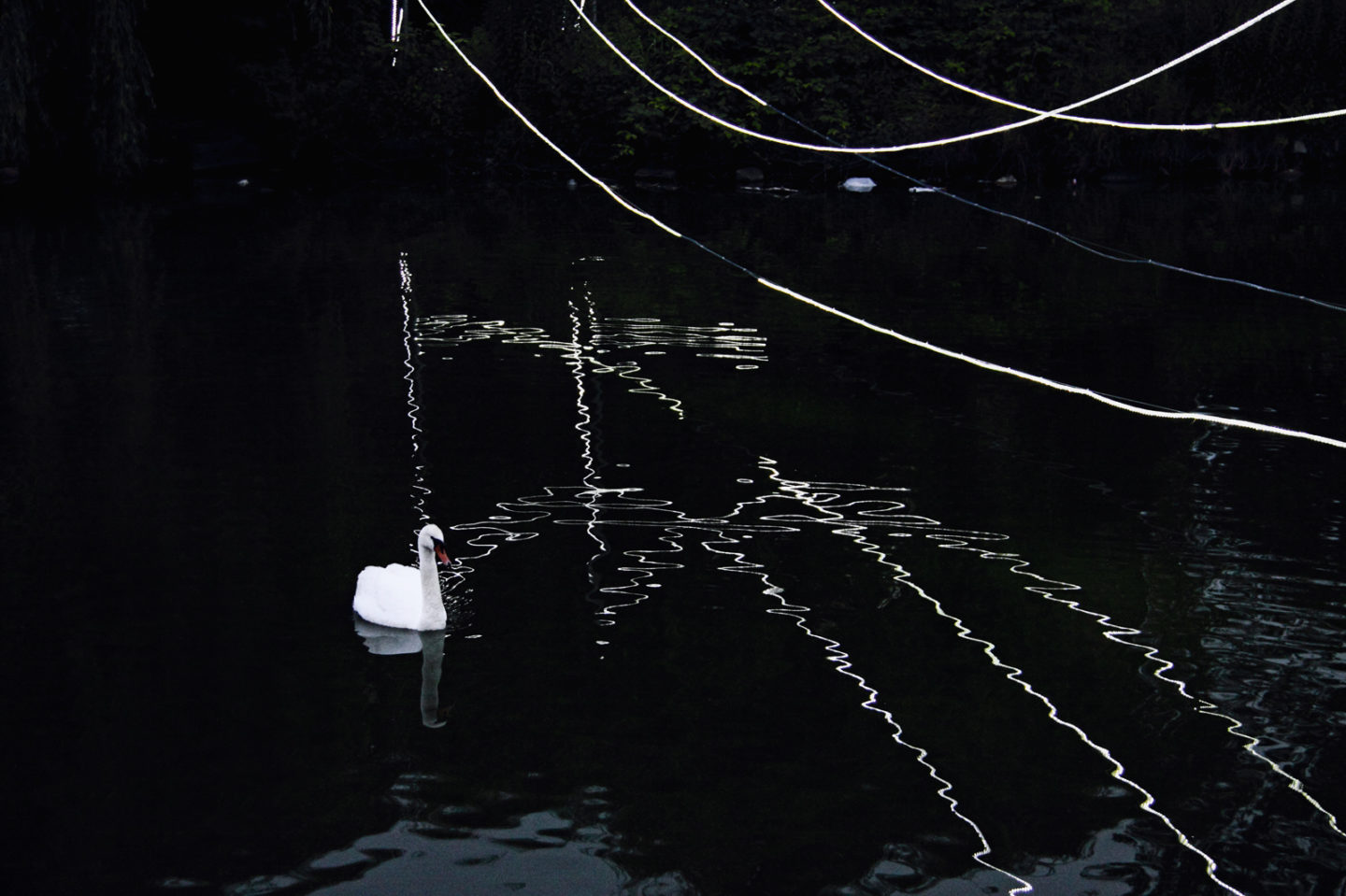 Ephemeral during the day, Tomasz Domański’s Ghost Bridge reached its visual fullness during the nightly illumination. Linking the park shore with a small island on the pond with a light bridge created an effect of visual abstraction from the surroundings and was aimed at processualism, gradual extracting of shape. The outline of the skeleton bridge got sharper only after dark, gaining in the intensity of shining and due to its symmetrical reflection on the surface of the water – it dominated the entire exhibition space. It drew its strength from the artificiality of the situation and became an ennobled dummy, flourishing with its whole beautiful shape and cool pulsating light. 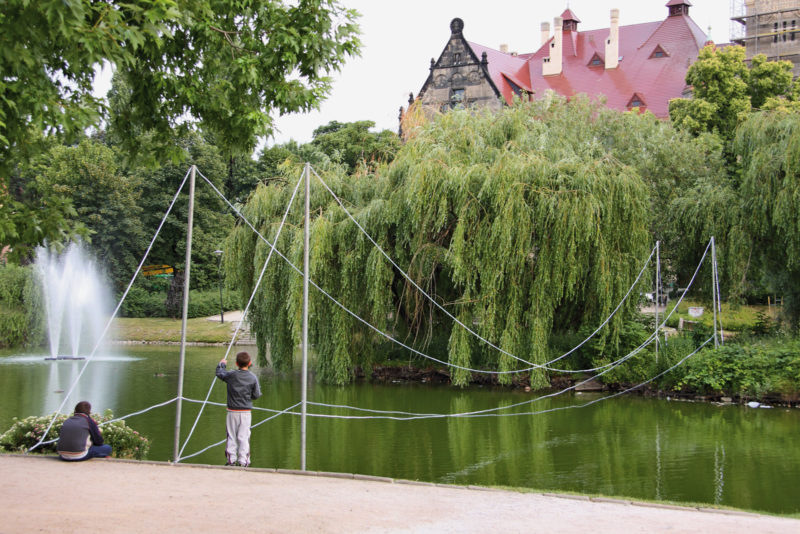 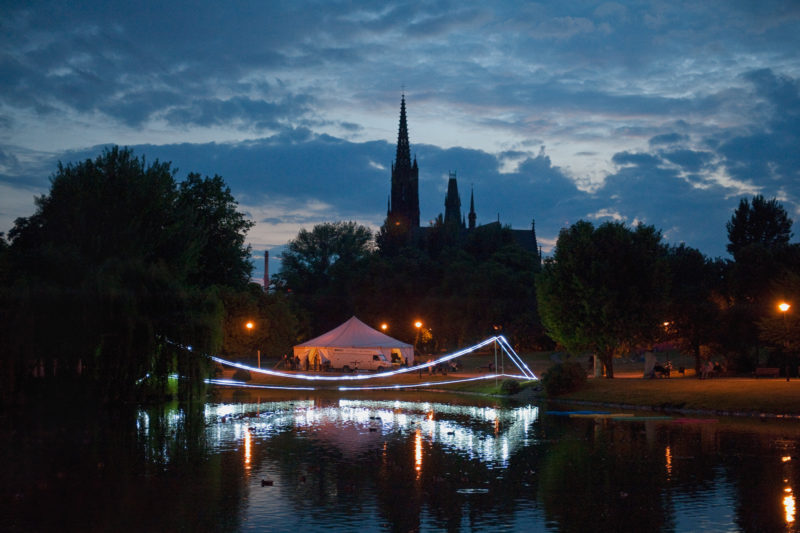