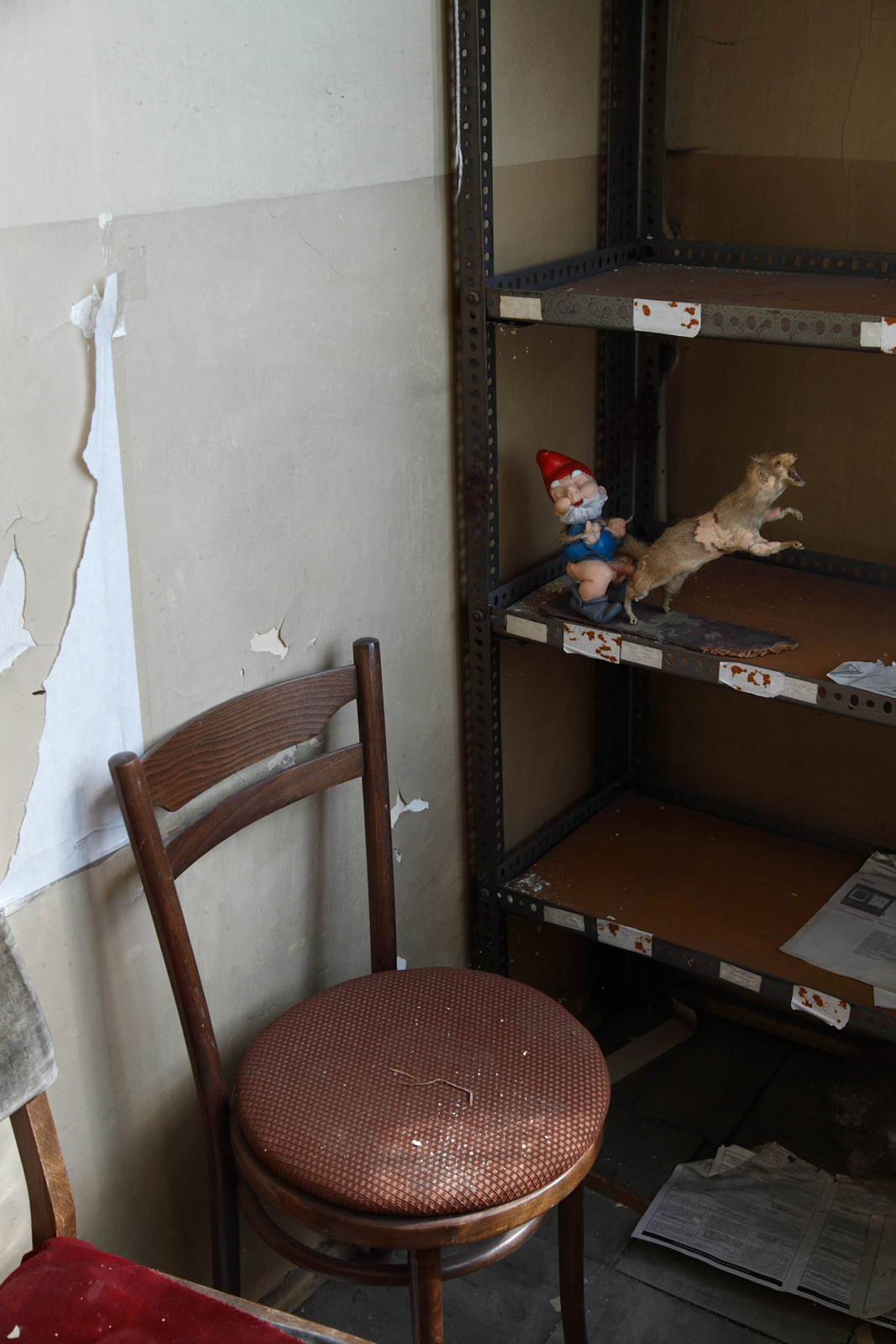 The title of the sculpture made a reference to the slogan used by the city of Wrocław to promote itself – not only as a city of meetings, but also as a city of love. Belonging to the Urban Pathologies series, the sculpture was far from positive affirmation encapsulated in the WROCLOVE neologism. The work, hidden in a shabby storeroom at the end of a corridor, was a malicious parody of the dwarf as a symbol of Wrocław chosen by its authorities, which has proliferated in the cityscape in recent years, accompanied by another, less welcome, creature whose numbers have been growing rapidly: the rat. A dwarf copulating with a rat was a funny scene, yet another in Kosałka’s variety theatre. The issue of the inflammatory state was thus interpreted by the artist with reference to municipal policies and incorrect diagnoses. 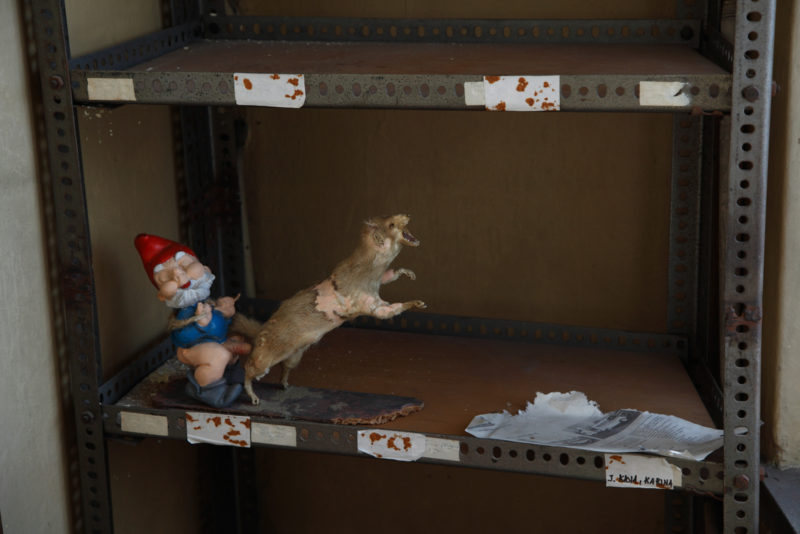 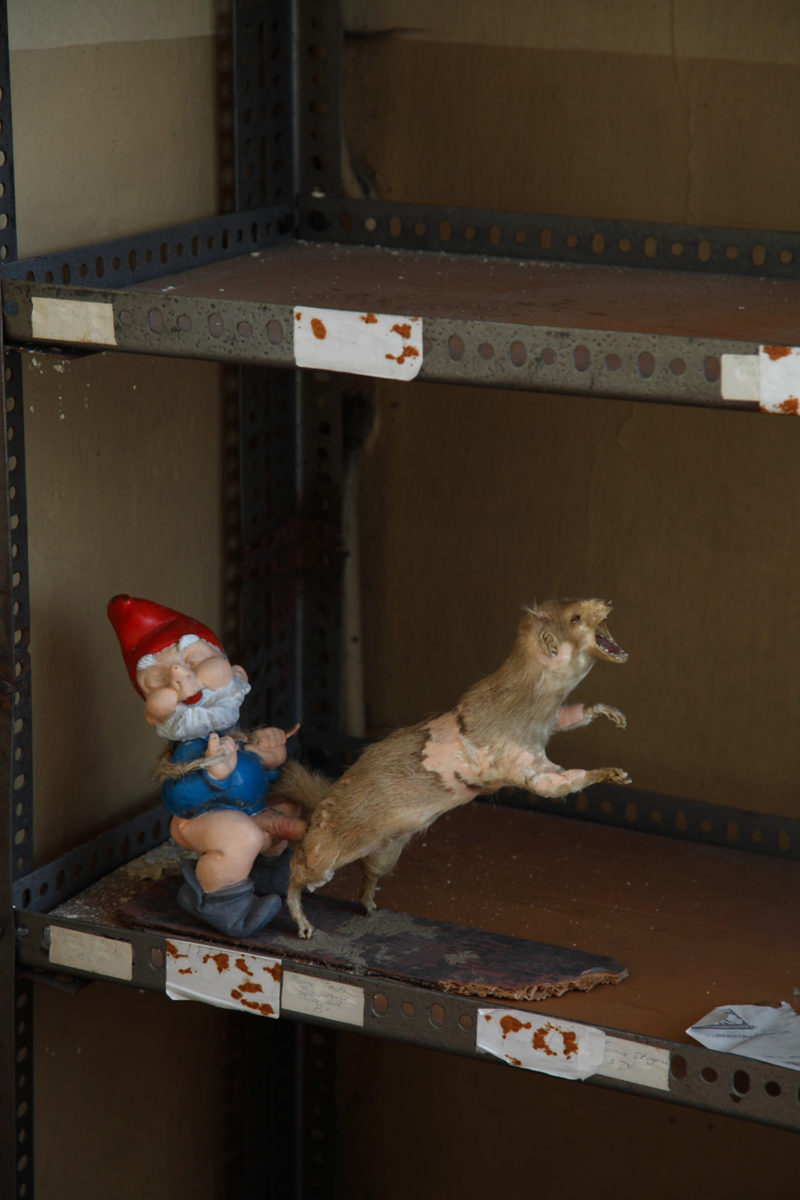 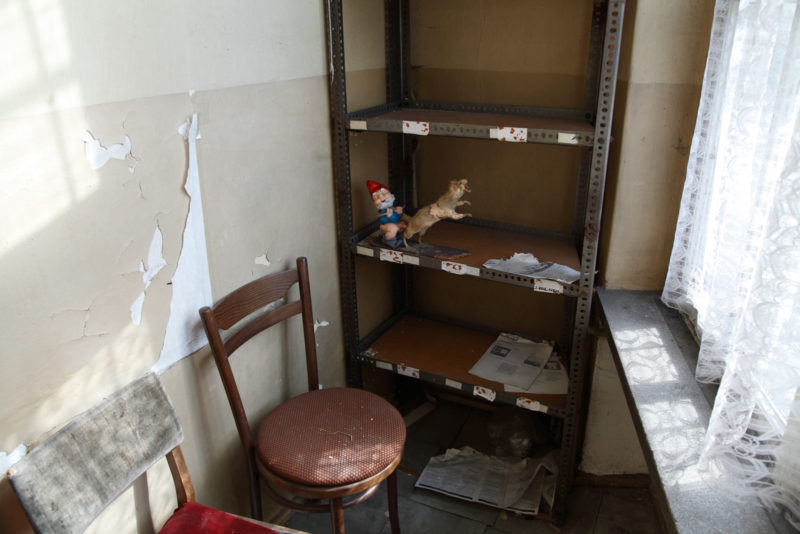