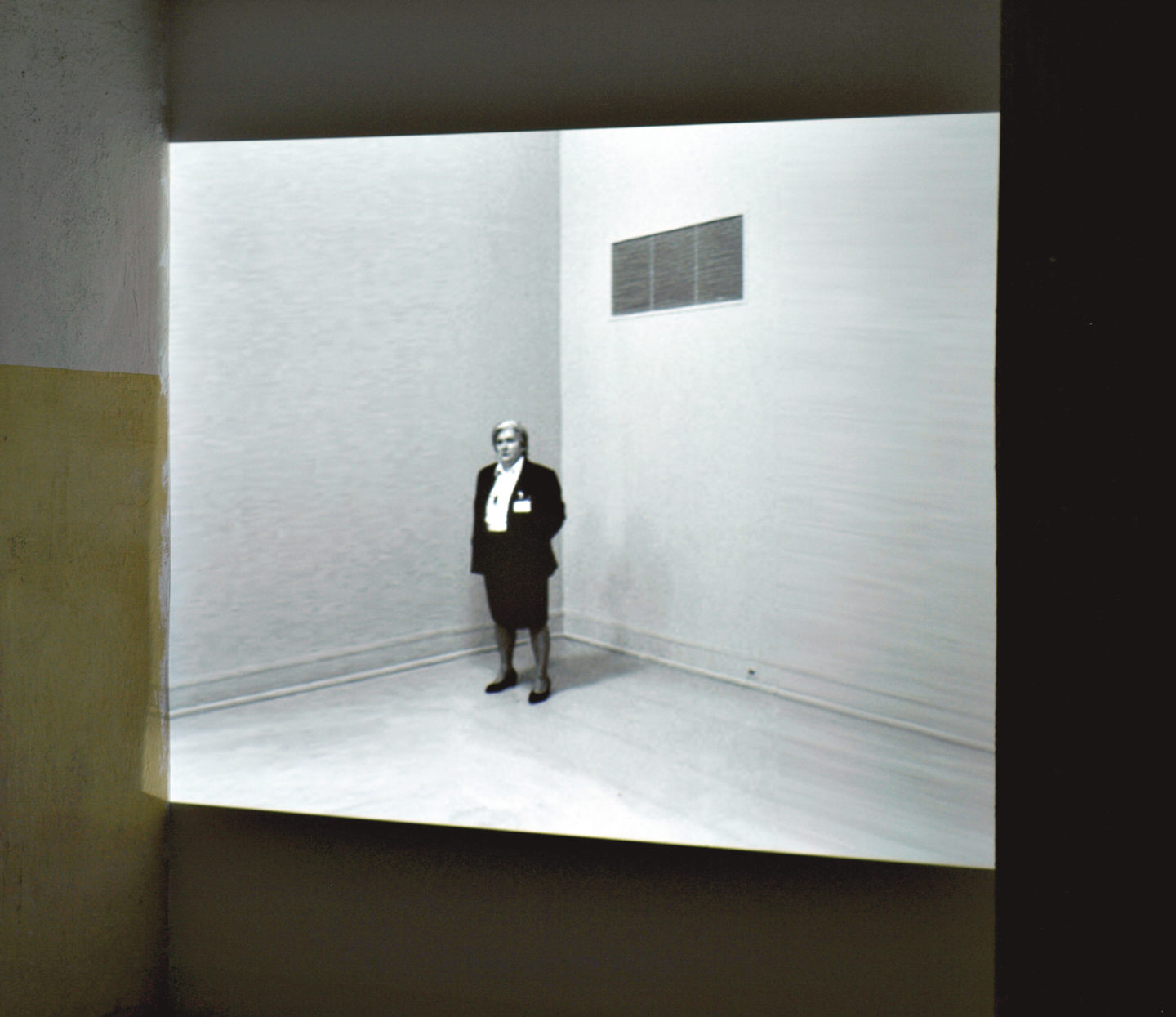 A large empty room, a woman is standing in the corner. Her characteristic clothes: a dark two-piece suit and an ID badge on her neck make us realise that we are in an art gallery or a museum. The woman is employed in a cultural institution. That was a scene from Paweł Kowzan’s film ‘Imagine…’, showed as an independent picture on the wall in one of the bunker’s back rooms. A static scene – a selected freeze-frame – was a prologue to a production that never came into existence. In this production the woman, a custodian, would talk about breakthrough moments in the history of modern art in an interactive way. A viewer’s entrance into the room where the film was to be screened would ‘wake up’ the custodian from her lethargy (thanks to a photocell) and trigger further parts of her tale. Showing just one slide of a person looking after an exhibition in a gallery became an interesting commentary on holding the eighth SURVIVAL Review in the Strzegomski Bunker. Therefore it became one of those realisations which dealt with the potential of the venue, which is to be converted in the near future into a museum of modern art.