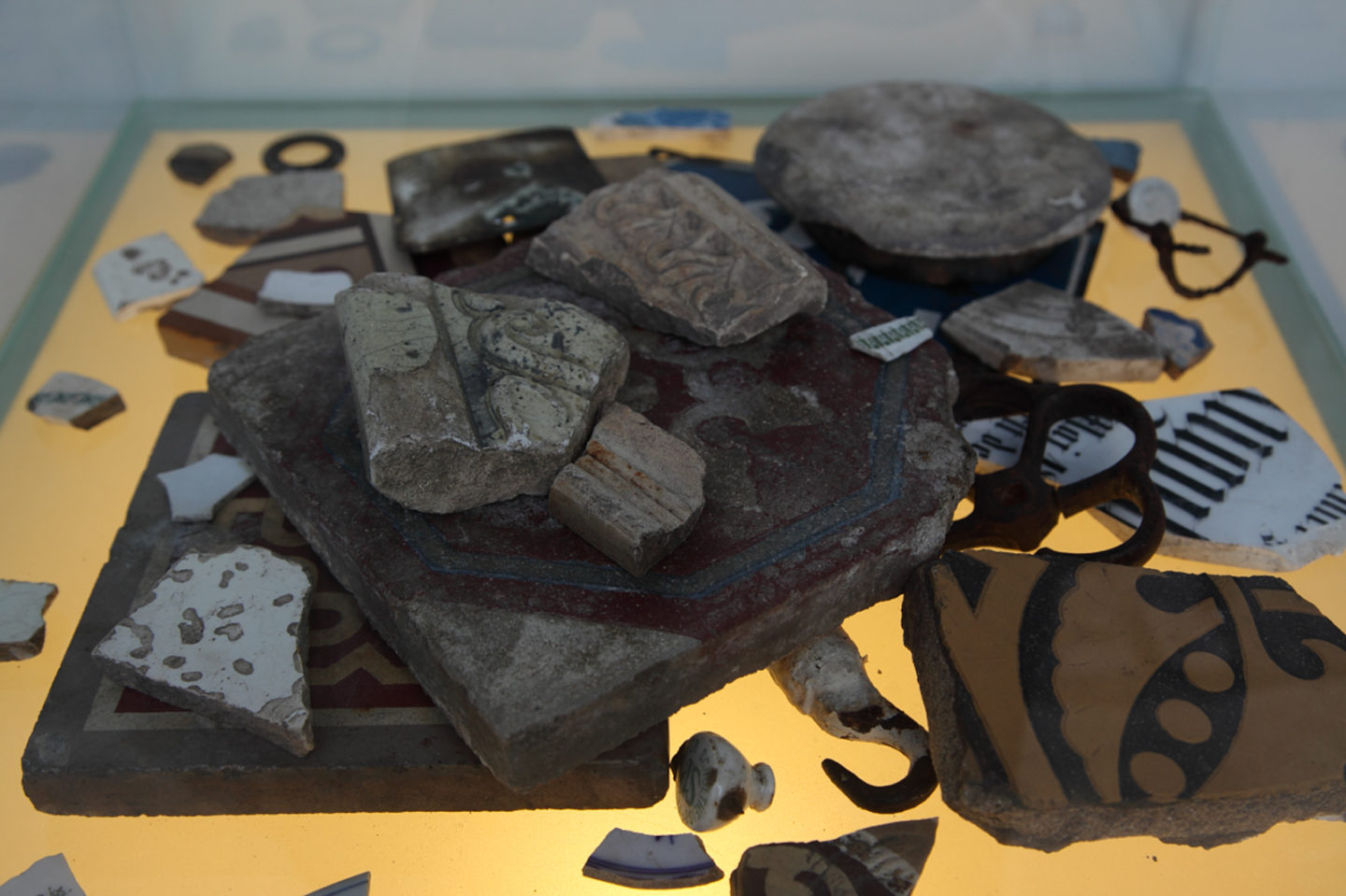 The open doors constituted a natural frame for classically displayed – on a white cube and in a glass case – pieces, remains and fragments. The objects had been found by the artist on a giant artificial hill created during the rebuilding of Wrocław after the Second World War. The hill used to be known as Mondszajn Hill, after a local worthy who was sentenced to prison for speculation. Wrocław was not only being systematically rebuilt and cleared of rubble but also, on the pretext of removing the relics of its German character, torn down. Bricks acquired in that way were used to rebuild Warsaw. As a by-product of this process, a gigantic heap of rubble emerged, which unintentionally became a monument to robbery and destruction.
To wipe this part of the city’s history out from the inhabitants’ collective memory, the authorities called it Gomułka Hill, and after the fall of communism – Anders Hill. Neither the names nor the beautiful trees and bushes planted there managed to cover the simple fact that the hill is a huge barrow of material culture. Every now and then, water reveals traces of the hidden past.
Exhibiting the artifacts in the open door, but against a white wall behind it, shows that history is a blank sheet. However, if Michał Sikorski managed to reclaim some of its remains, we can do more. This work is about water that will hollow out the stone through its persistence, and about a shameful truth that will out. 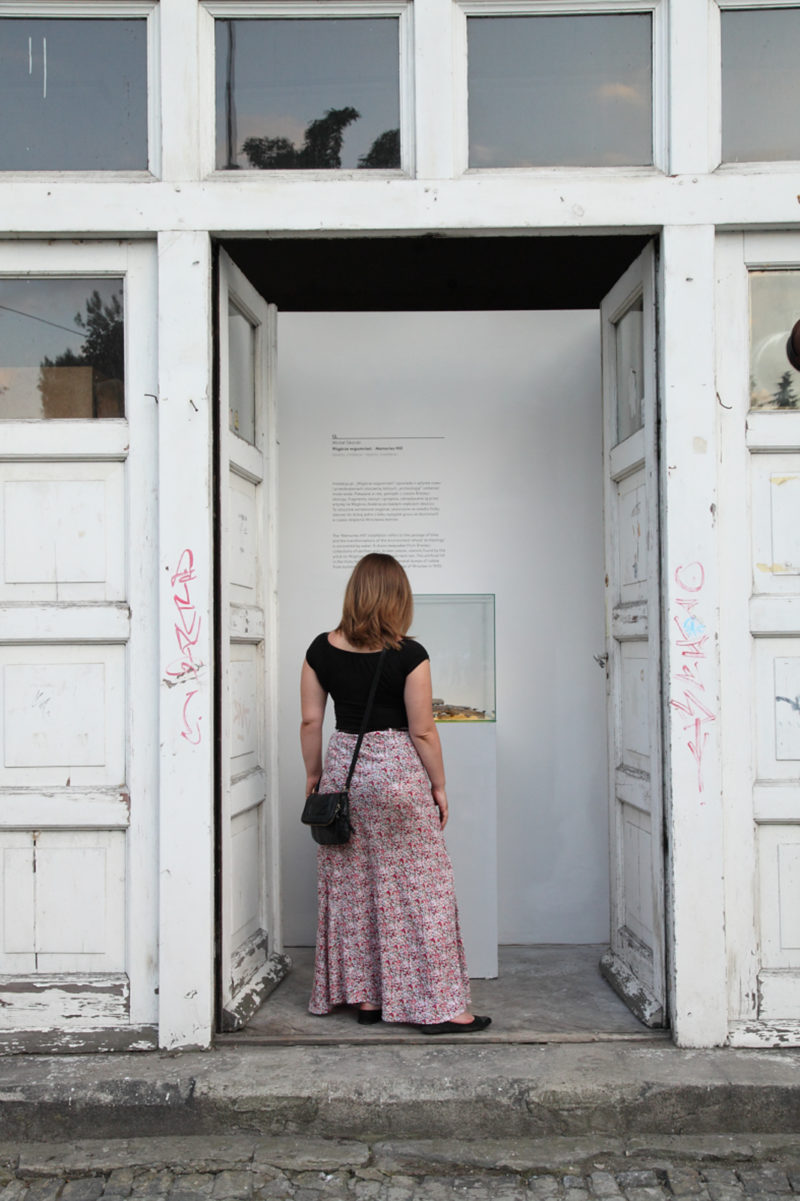 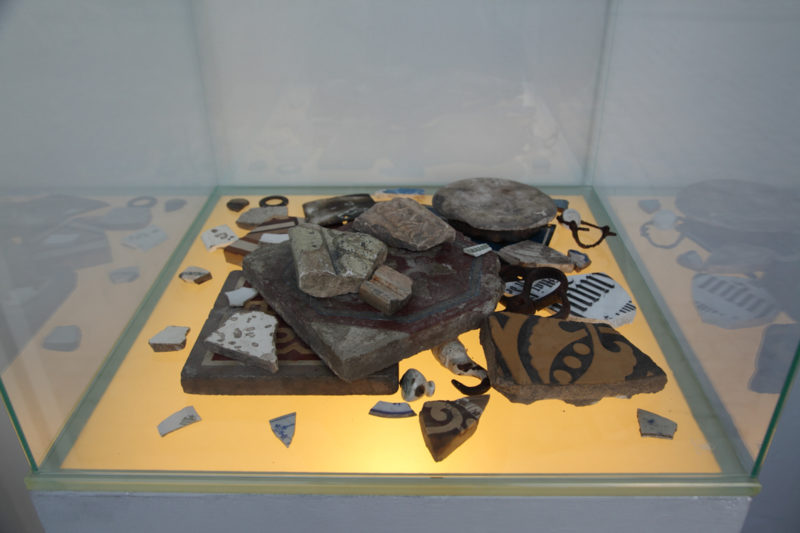 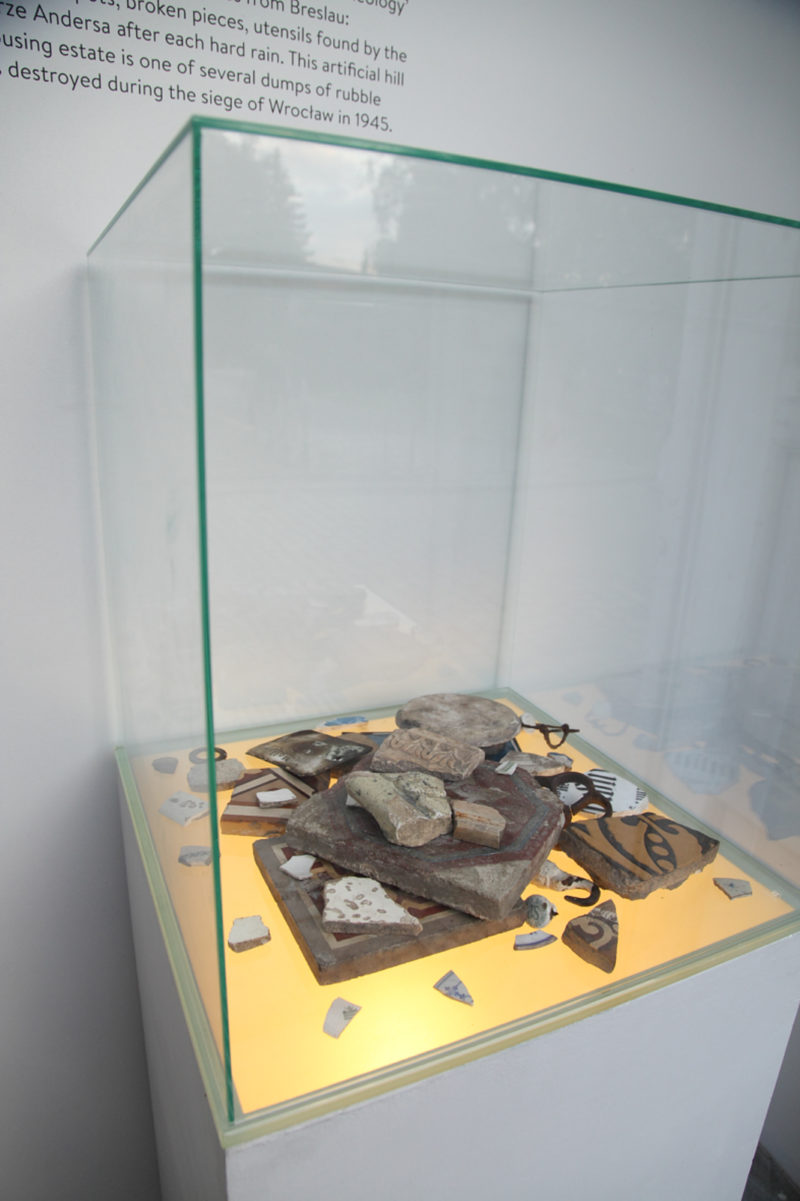 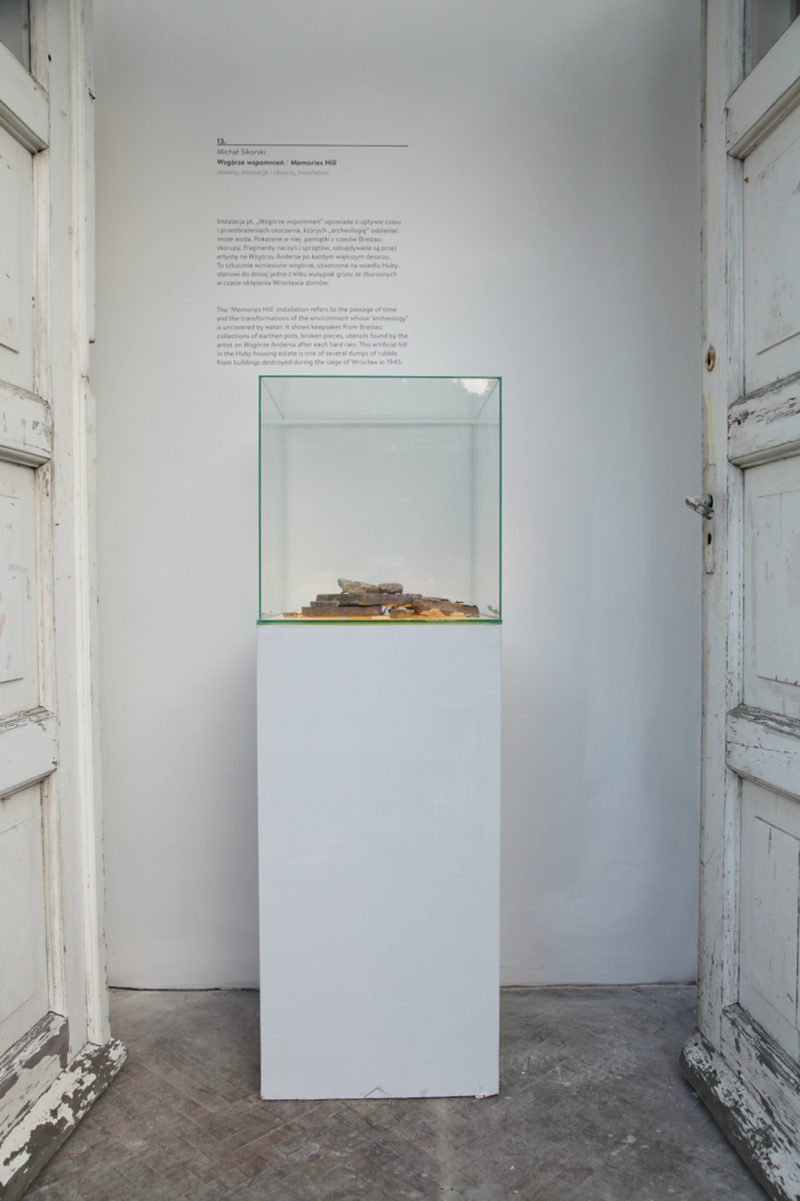