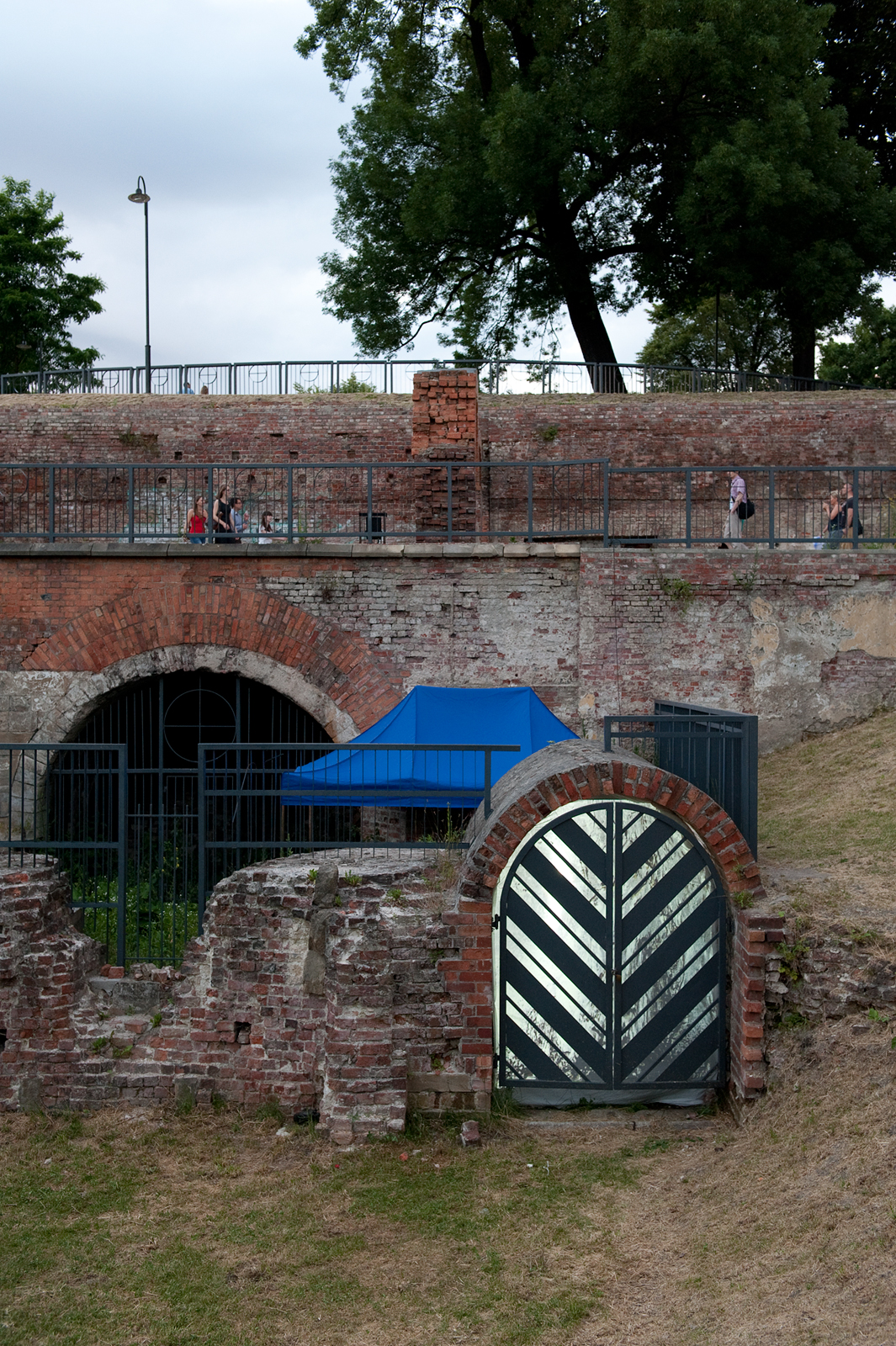 Maja Wolińska’s Fading Away was a self-referential work; the artist first presented it in 2009 during the seventh edition of Survival in the Four Domes Pavilion, which was designed by Hans Poelzig and belonged to the Feature Films Studio in Wrocław for several decades after the war. The organisers decided to show the work again in new surroundings because of the similarity of its subject-matter and form to the character of this year’s Survival. The video, projected against an arched gate of the historical Bricklayers’ Bastion, depicted a vertical stream of water that was flowing upwards. Reversing the natural direction introduced an oneiric atmosphere, which was further strengthened by the slow sounds of swoosh, splash, and birdsong that accompanied the installation. In Wolińska’s work, the world gradually lost its seemingly solid and tangible shape, evaporated, faded away and became void. 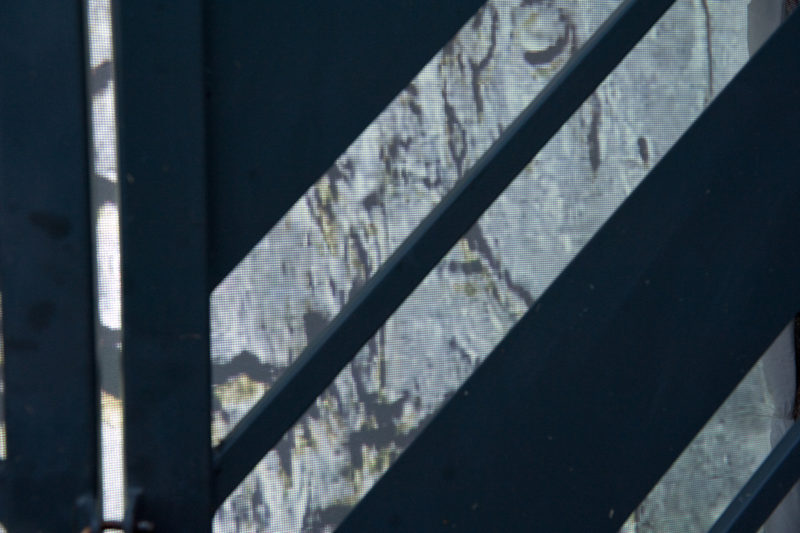 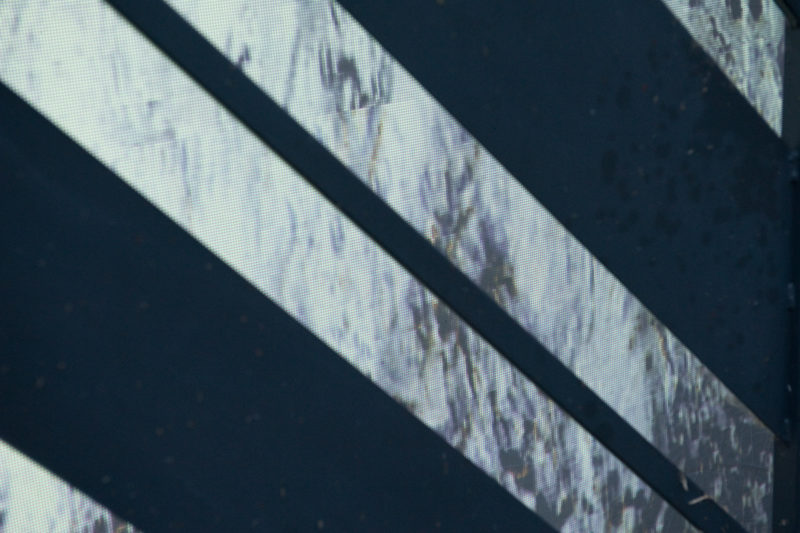 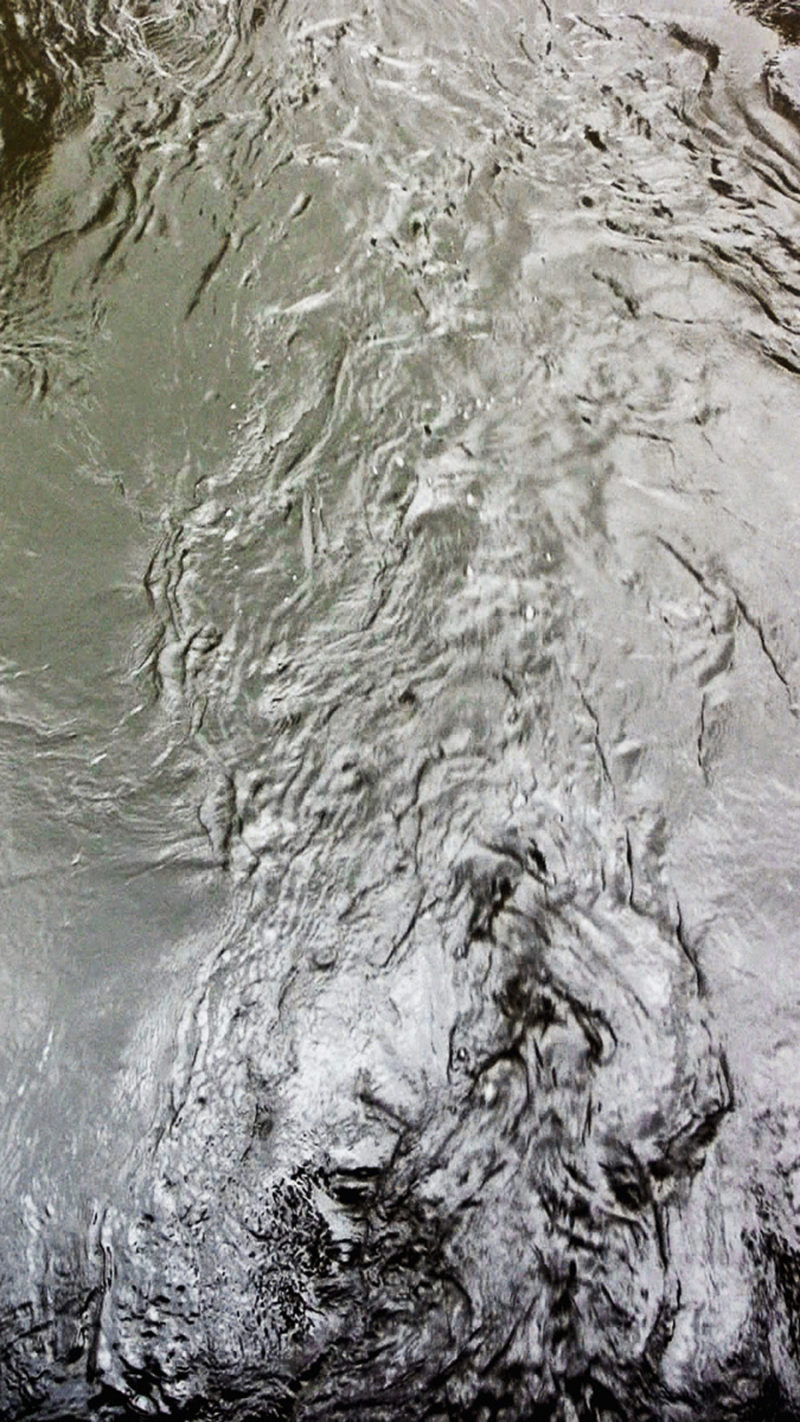