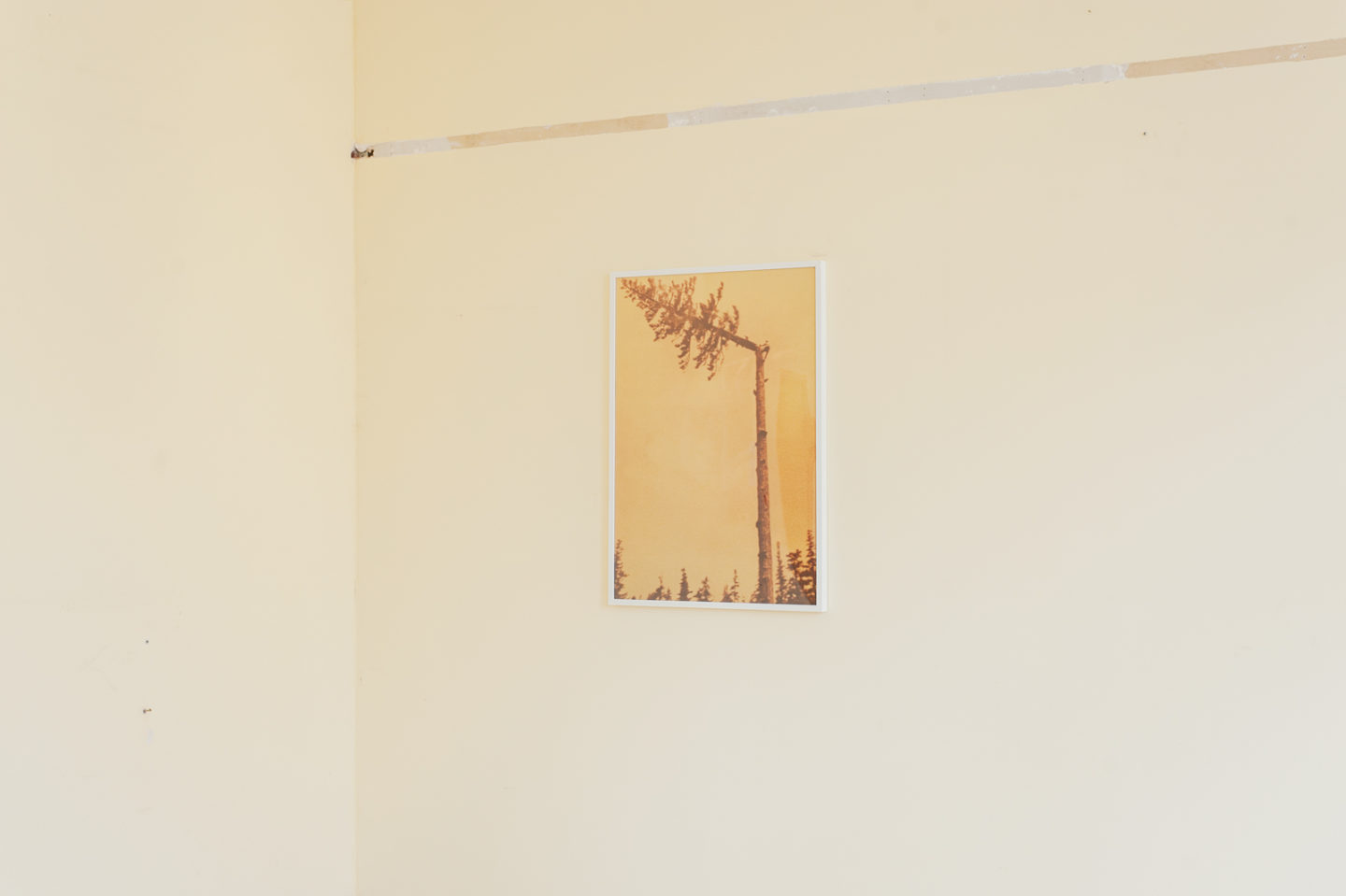 Collapse is an overscaled documentary picture taken by an anonymous photographer in Międzygorze in the early 20th century. It shows a mighty tree being felled. The silhouette of the woodcutter is almost unnoticeable and the viewer’s entire attention is focused on the monumental tree that is about to collapse as a result of the woodcutter’s systematic work. It is just a matter of seconds before the crown of the pine becomes detached from the trunk. Thus the picture encapsulates two contrasting states: the tree in all its splendour, and then its fragment, the truncated remains. The scene of felling the tree is full of drama. It could be likened to real life situations when something irreversible is about to happen, and all we can do is face the consequences. 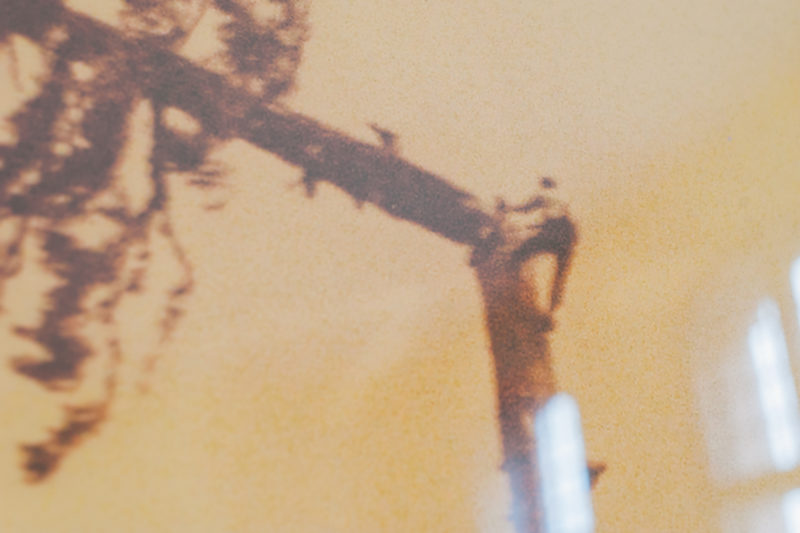 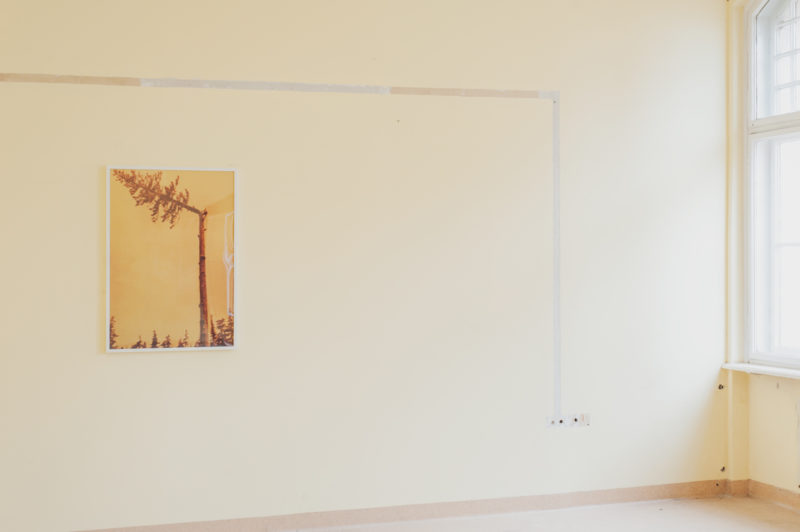