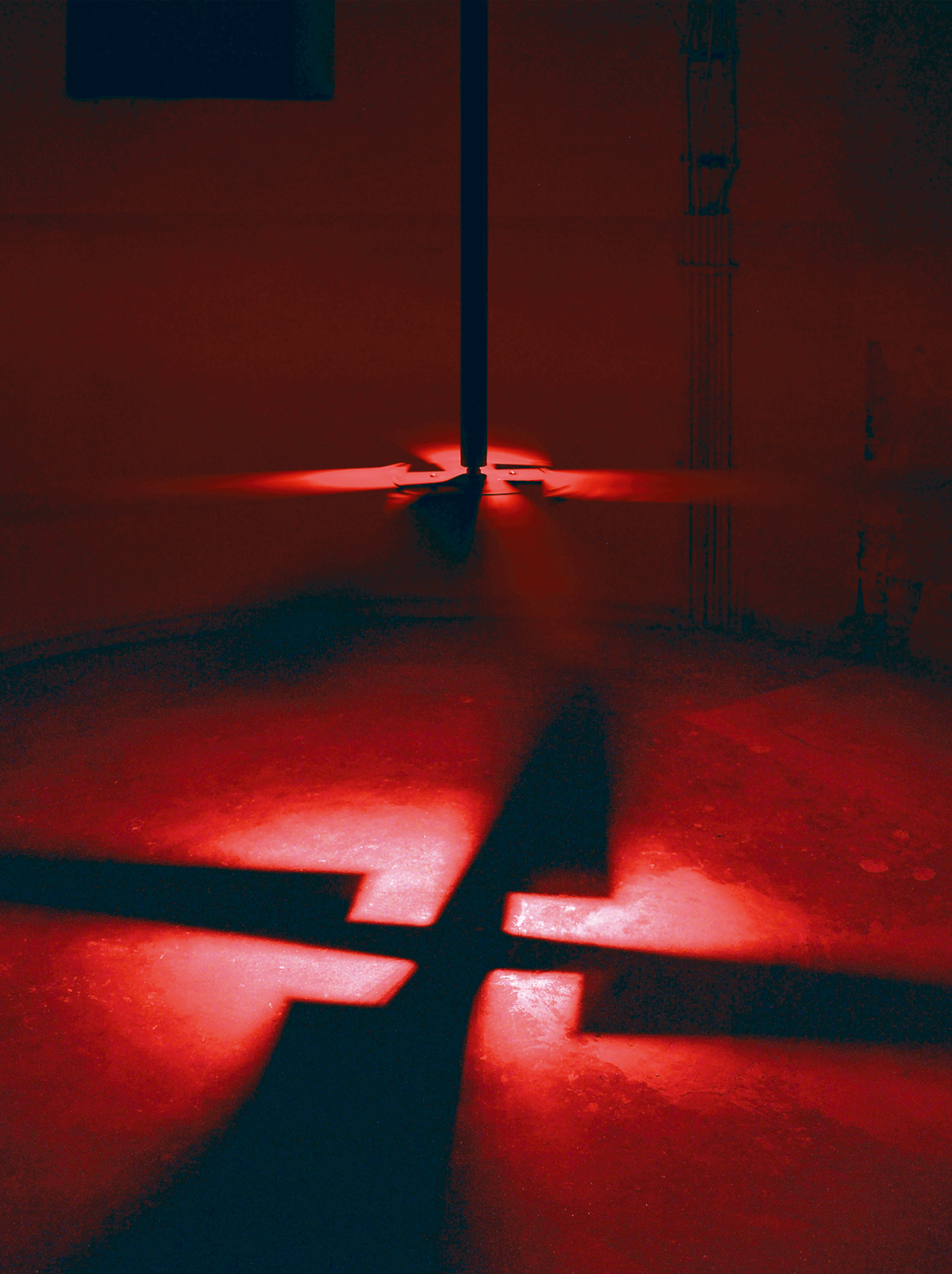 In her installation ‘Crime’, Dorota Nieznalska referred directly to the key phrase of SURVIVAL 8 and to the his tory of the Strzegomski Bunker. In the central round room of the building, the artist put an object hung to the ceiling which consisted of four huge knives forming a cross. The steel fan thus created rotated very slowly around its axis. A beam of light coming from above created a shadow on the floor which resembled the Nazi swastika against blood-red background. This way Nieznalska showed the destructive mechanism of the murderous ideology which made the Strzegomski Bunker come into existence – the ideology responsible for the death of millions of people and the destruction of hundreds of cities, including the German Breslau. It is worth mentioning that Nieznalska s work was adjacent to Grzegorz Łoznikow’s sound instal lation ‘The Heart of the Bunker’. The regular heartbeat coming from behind the wall made the knives look as if they were slicing living tissue.