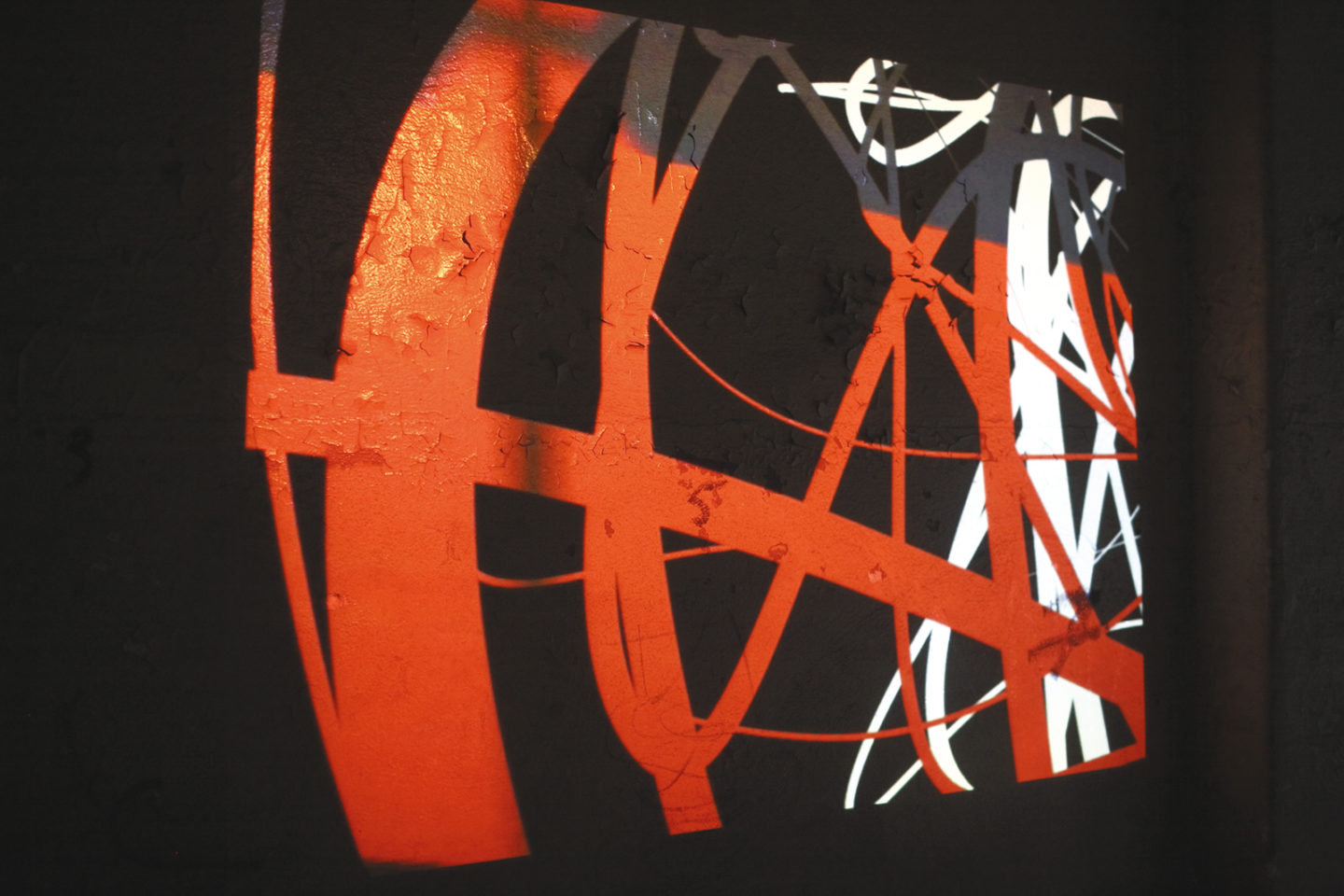 [gate of the tenement at Włodkowica 13 Street]

The work is supposed to surprise. In the passage in a tenement’s gate, there is a hidden mechanism which is activated by a passer’s-by movement. It triggers two projections on opposite walls, accompanied by very loud sound. Each time a randomly chosen pair of very similar, but not identical, animated pictures is projected. Short audio-visual signals move from one screen to the other. They draw the viewer into a tunnel which opens for a moment, just to disappear after 10-20 seconds. The artist made both the animated pictures and the sound. Her personal approach to space – opening a parallel, invisible channel – draws a viewer in the passage ‘across’. 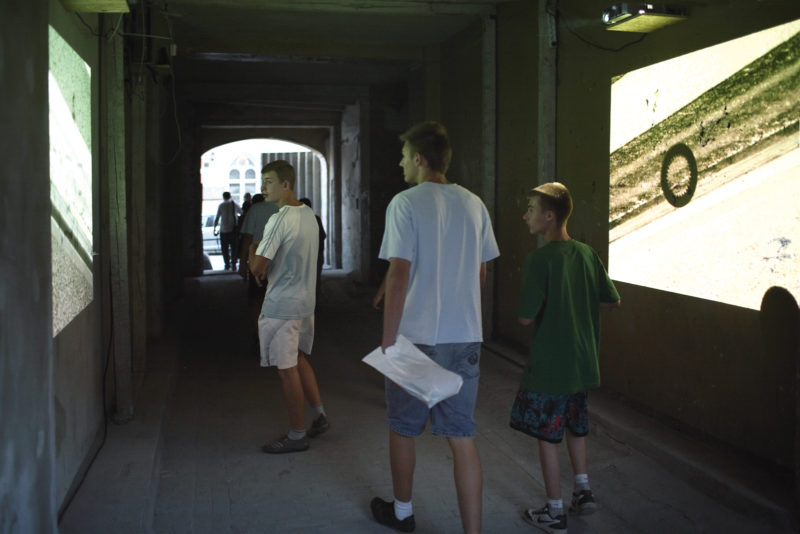 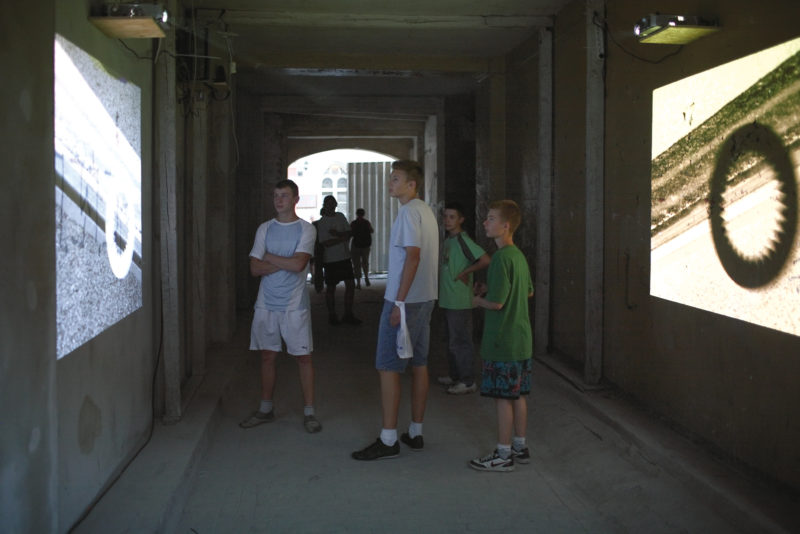 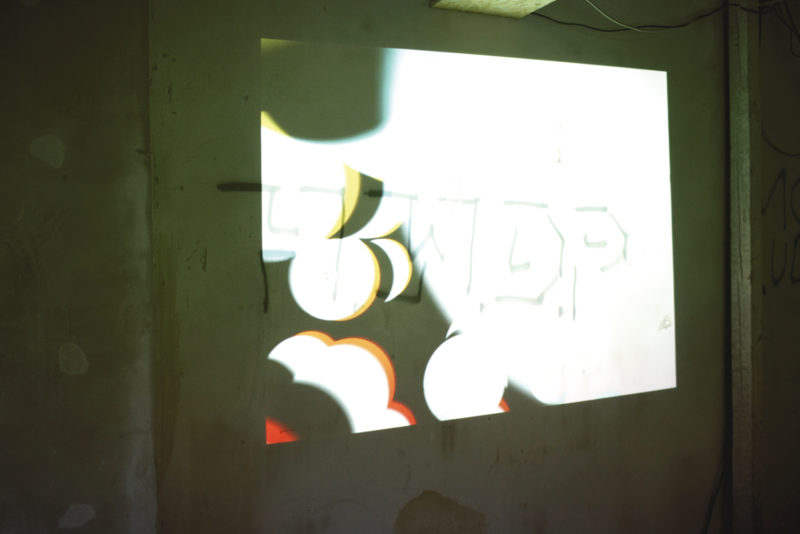 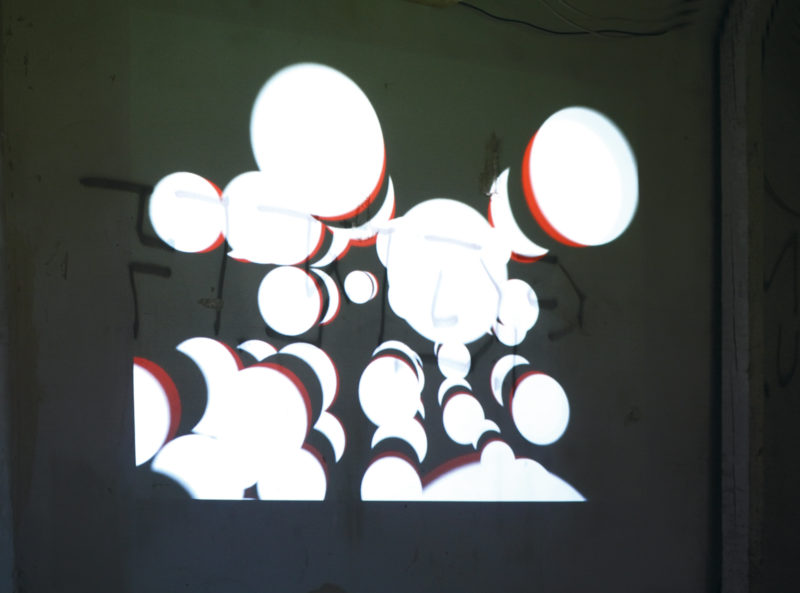 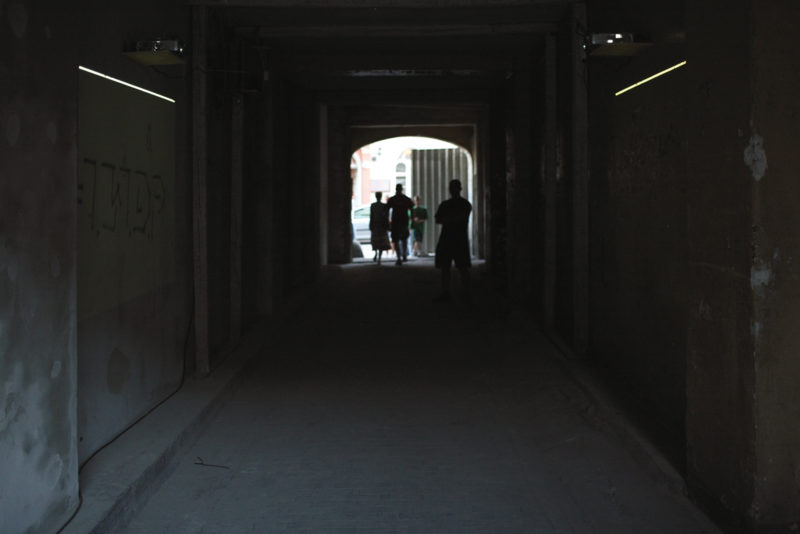 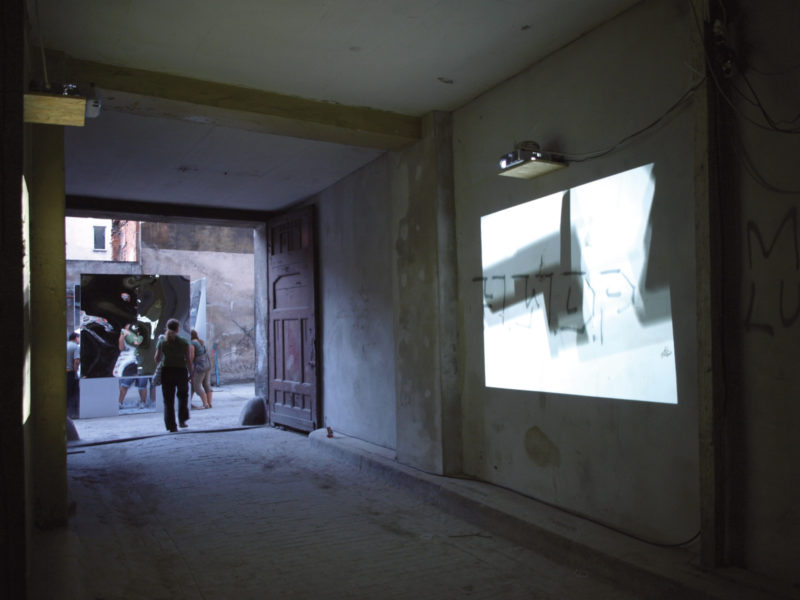